Street Artist Robbbb has some new neighbors posted in his city of Beijing, the three thousand year old Chinese capital metropolis of 20.6 million people. By wheat-pasting these still frame figures of unromanticized men, women, and children back onto the street where they travel, Robbbb calls attention to the every day person, and by doing so, somehow exults them. It’s an ephemeral art, but it lasts a little longer than the momentary flash of a person passing by and it give Robbbb an opportunity to look at and contemplate the lives of people in his city  and perhaps to give them the equivalent of a visual “shout out”.

“No matter what nationality, what identity, what gender or what age, I like depicting  figures from the city,” says the artist of his work. 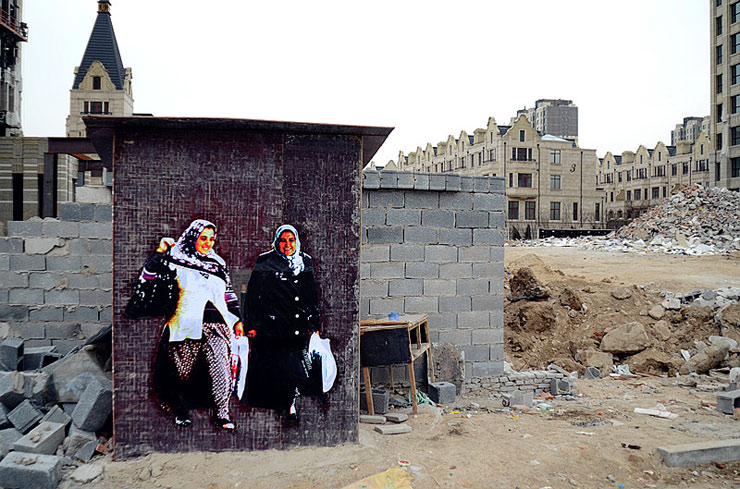 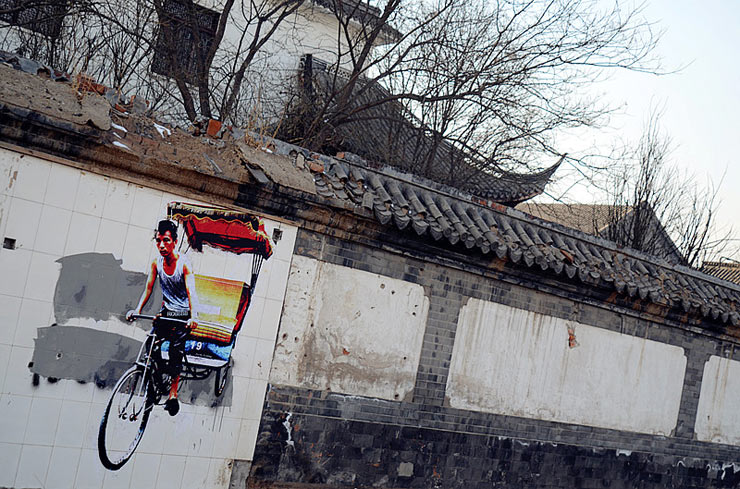 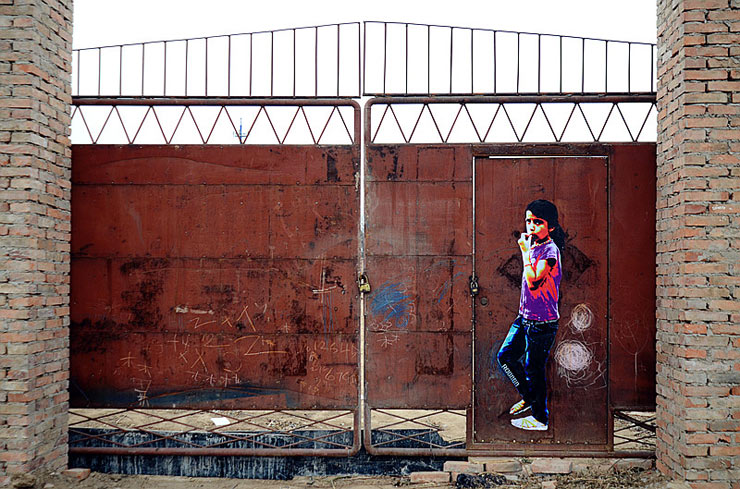 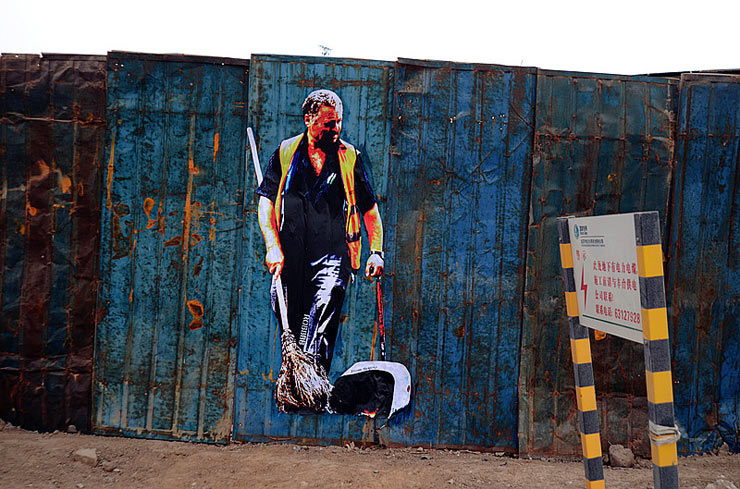 BSA Images Of The Week: 09.24.17
Happy Autumn New York! To our readers south of the Equator, the spring birds must be singing by now, right? Meanwhile in dirty old New York there is a lot of new stuff - including two new walls ...
Project M/3 Opens for UN in Berlin and Martyn Reed on Table Etiquette
"good table manners, social awareness, whether or not they are house trained..." Project M sounds like a James Bond plot feature, and if you’ve seen the smartly swarthy man of mystery at the helm ...
Elfo: "Help Alive Inside" / Dispatch From Isolation # 48
Dark humor is precisely what we need at this moment. 20,000 people in New York City have died. Bodies are stacking up in refrigerated trucks and unmarked common graves in New York while the obtuse Tr...
Leon Keer Triggers Childhood Nostalgia with “Kit de Secours” in Plougasnou, France
Leon Keers is subversive, if that is the way your mind works. His mind-bending plays on real and surreal perspectives may lead you down a path of suspicion, for it appears that he is adept and agile ...
Images Of The Week: 01.12.14
Great week in NYC with the new mayor shaking hands for hours in the cold outside City Hall with all New Yorkers last Sunday, then we got smacked with the devastating cold, then sleet, then high ...
Beijing Brooklyn Street Art Jaime Rojo ROBBBB Steven P. Harrington