Rio is today. And tomorrow. A dagger sharp contrast of rich and poor, it is a model that grows throughout the rest of the world wherever the middle class is being attacked and steadily whittled down to a thin whisper.

When Brazil takes the world stage for the 2014 World Cup and the 2016 Olympics, most of Rocinha will miss the events. A slum that houses 200,000 people on the hillside in Rio, people there are borrowing electricity from the neighboring rich São Conrado and Gávea communities and figuring out how to meet their most basic needs. According to Mundoreal “Residents subsist in conditions of abject or near abject poverty, residing in small shanties stacked one on top of another, sometimes as many as 8 stories high.” 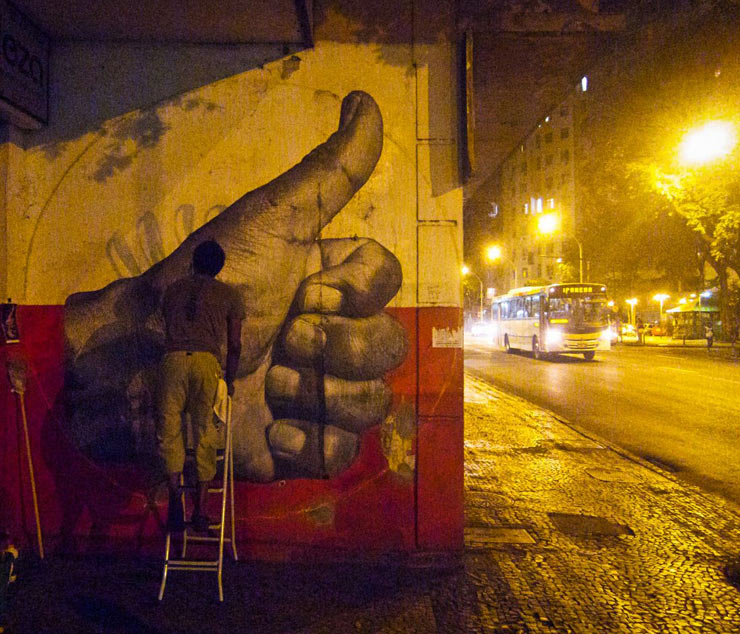 Street Artist Jetsonorama was in Rio de Janeiro to visit with friend Lea Rekow as part of Green My Favela (GMF), a more formal structural approach to bringing social and environmental remediation to Rocinha, one of the 10 largest slums in the world. “GMF was formed to reclaim degraded land and to create more productive green spaces inside Rocinha. GMF works with Rocinha residents to green what we can through collaborations with individuals, families, NGOs and schools.”

While there to learn about GMF and study how to offer support Jetsonorama also installed a few wheat-pastes he made to sort of lend a figurative hand. One of them appears as a symbolic way of reactivating a decidedly run-down site. He explains, “I had a chance to visit Lea’s project and to meet some of the Rocinha community members who are working with her to develop the site into a community garden space.” 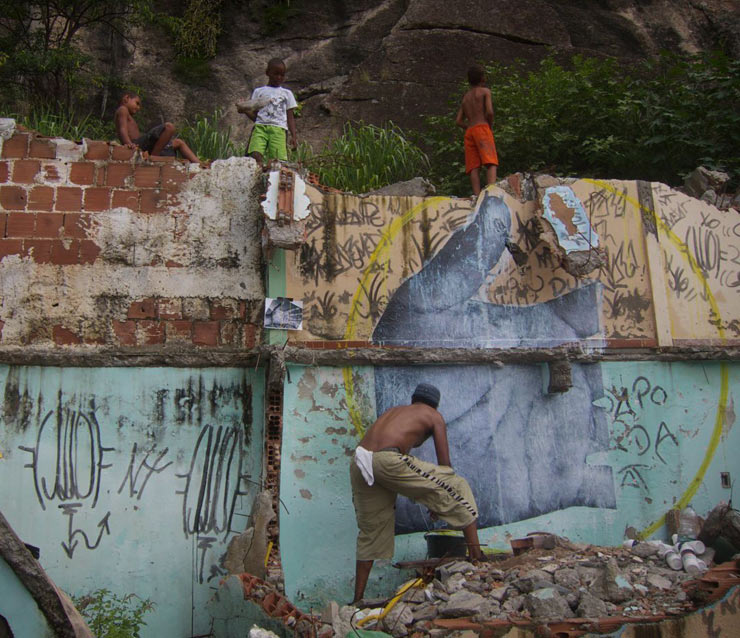 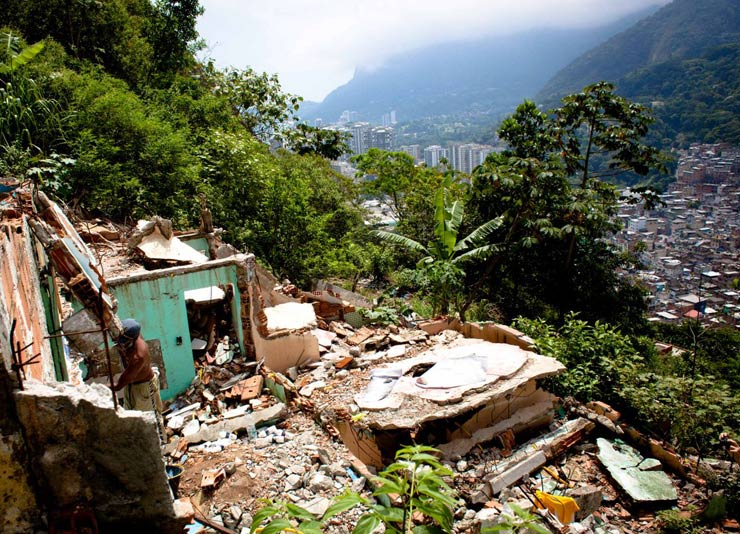 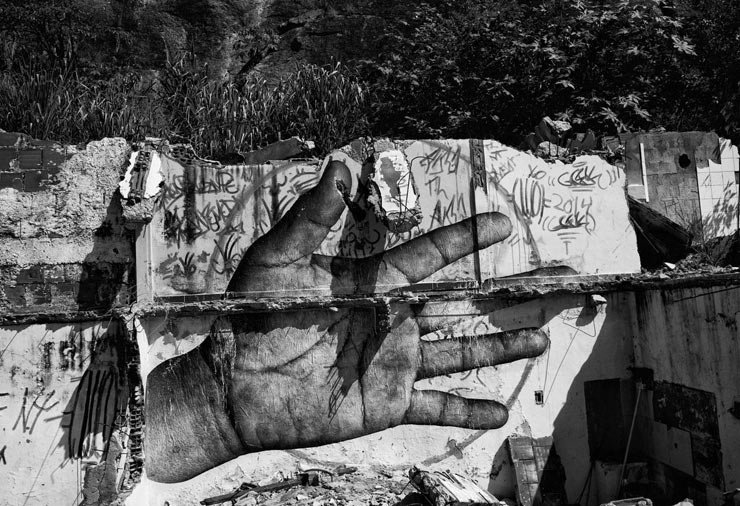 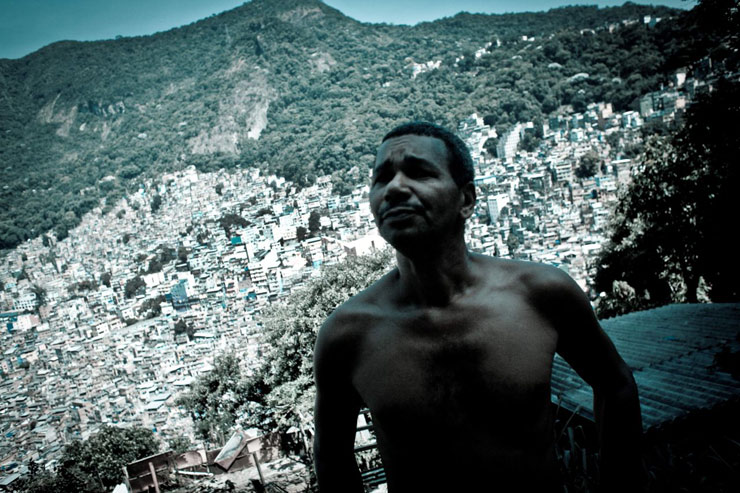 Rocinha resident Carlos with a view behind of the .5 square mile area the slum is located in. (photo © Jetsonorama) 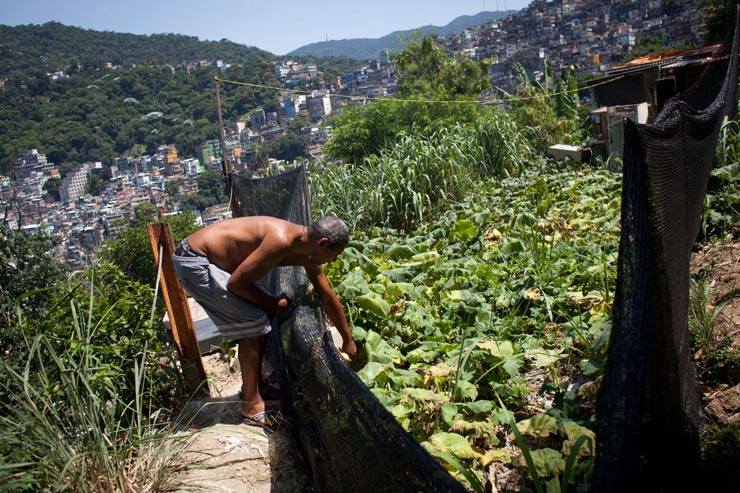 Carlos tending to one of the gardens on reclaimed land in Rocinha. (photo © Jetsonorama) 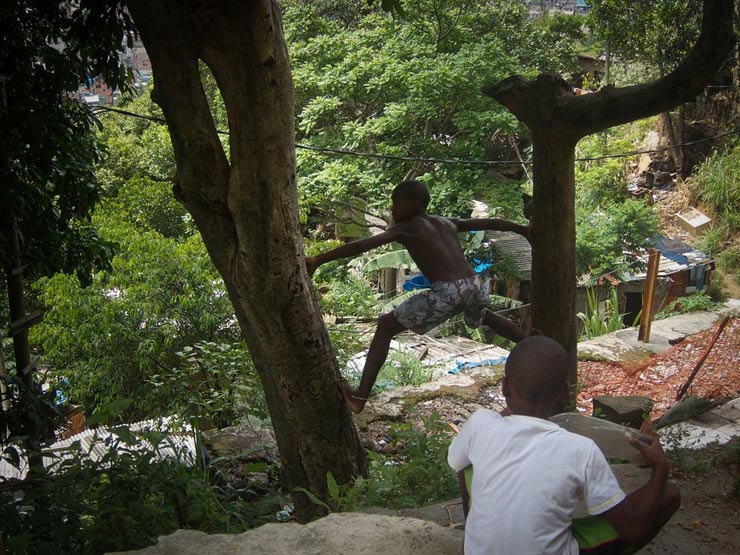 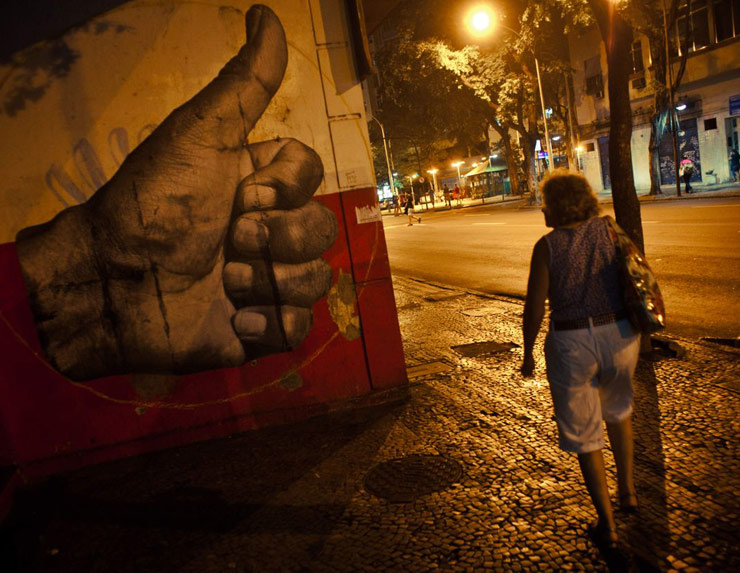