As you know, this is the last month in human history so it’s been great knowing you. Hold still, let me memorize you. 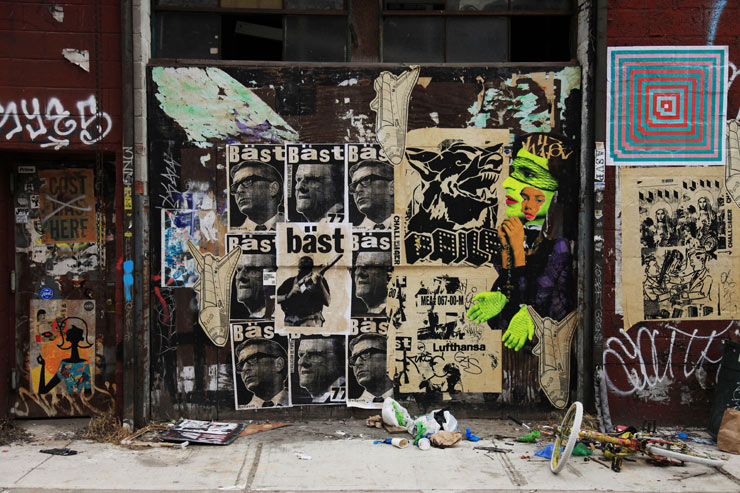 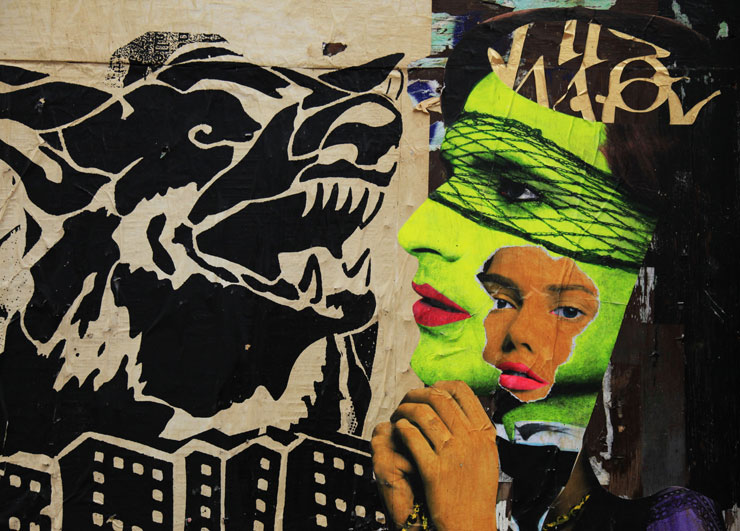 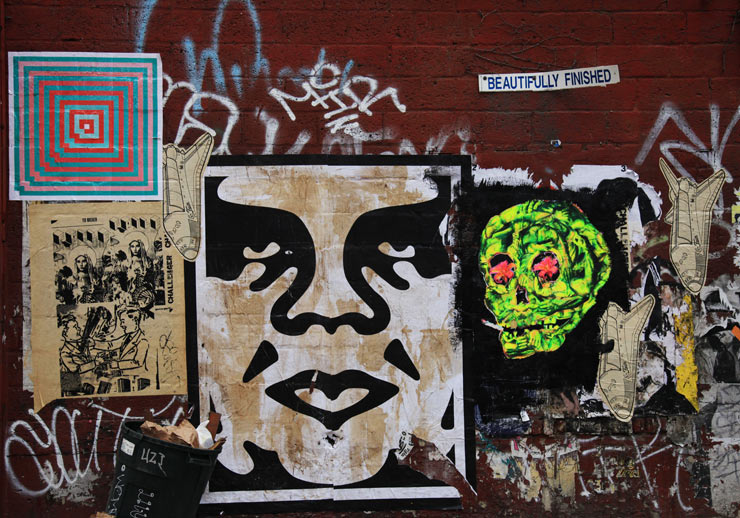 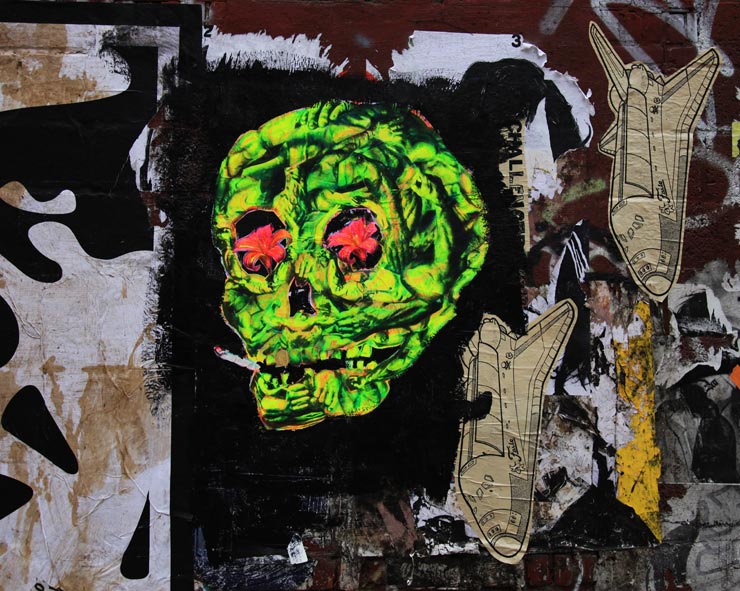 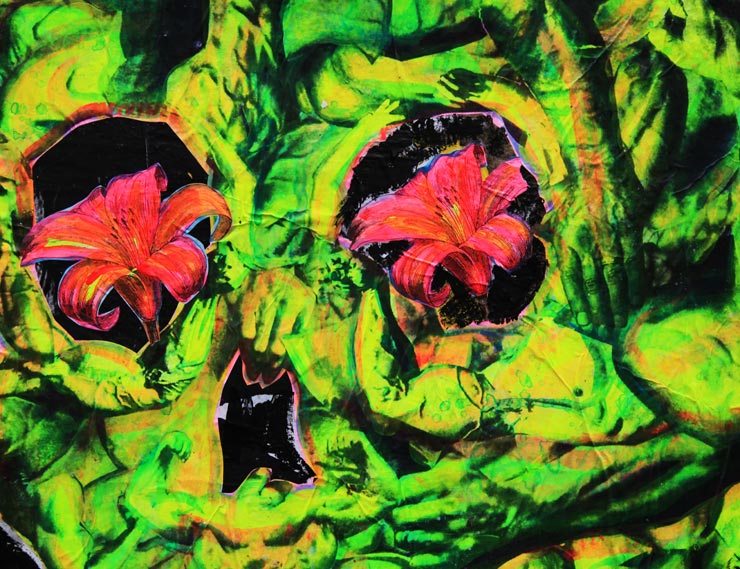 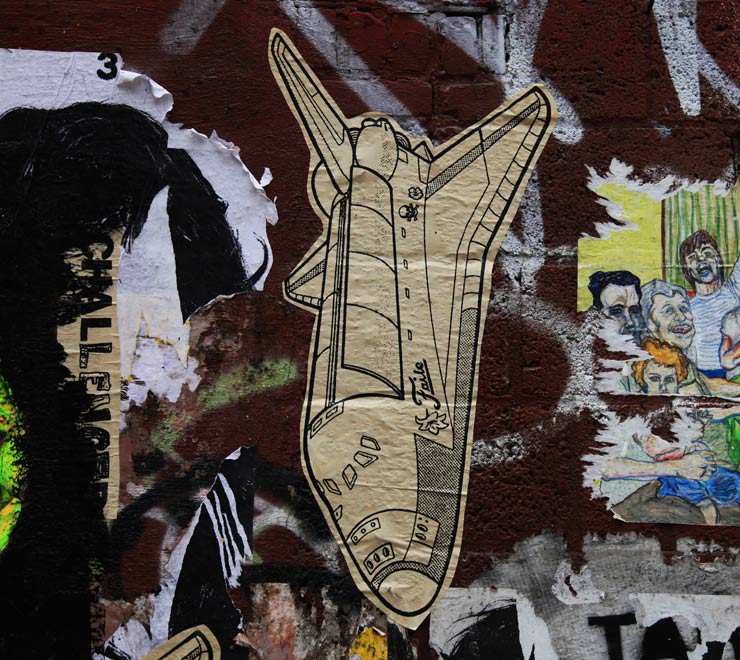 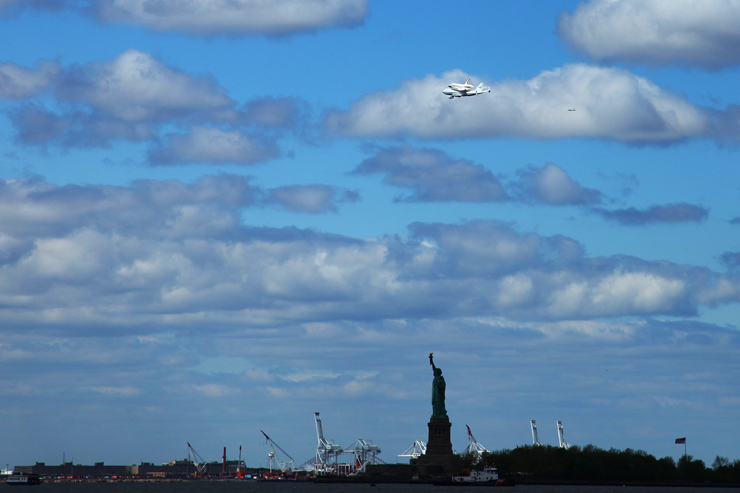 Space Shuttle Enterprise on a final fly over NYC shown here catching a piggy ride above The Statue of Liberty in April of this year. (photo © Jaime Rojo) 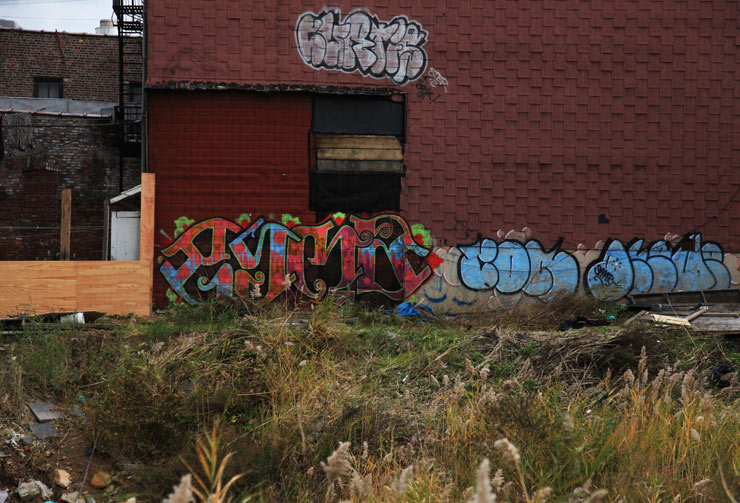 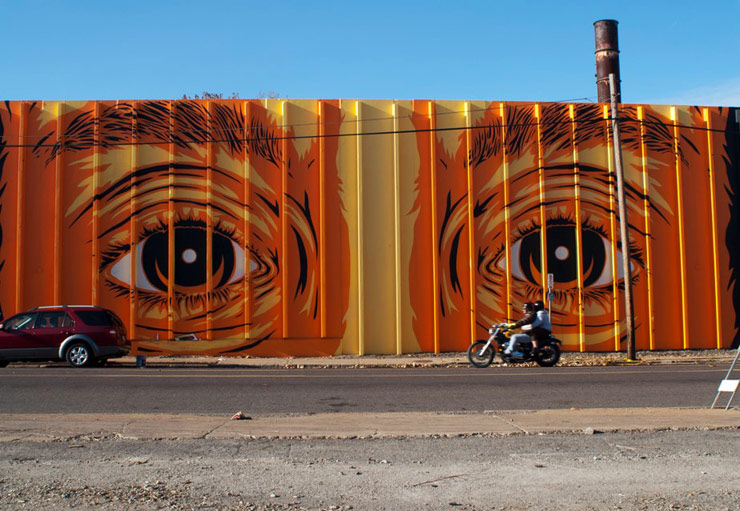 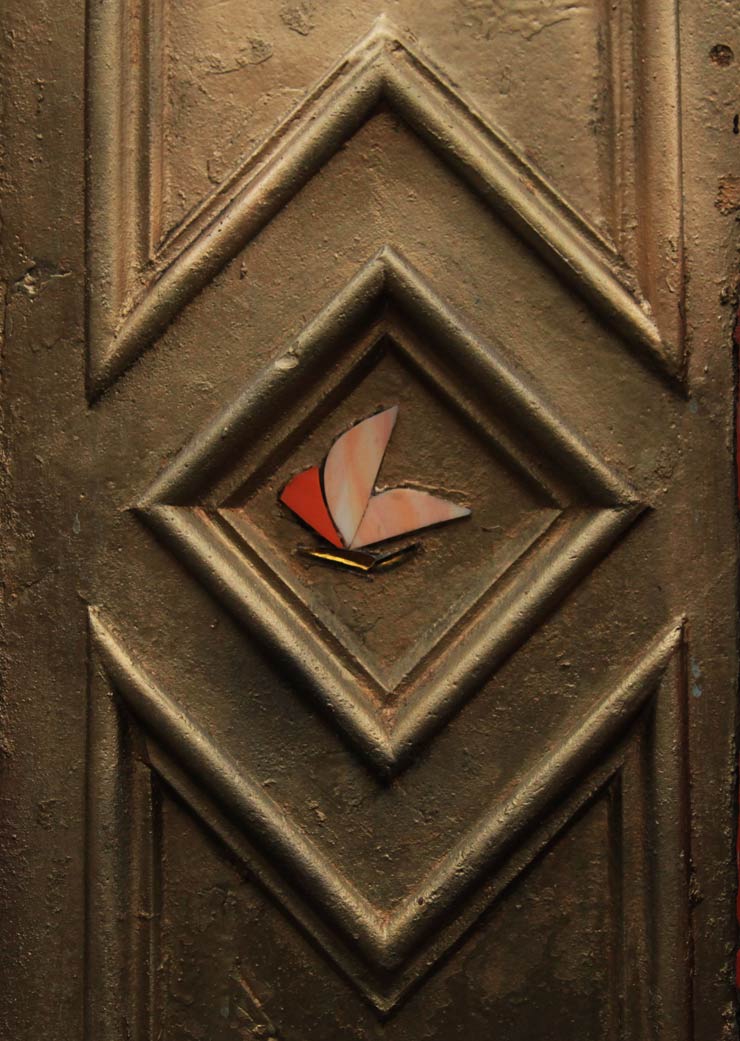 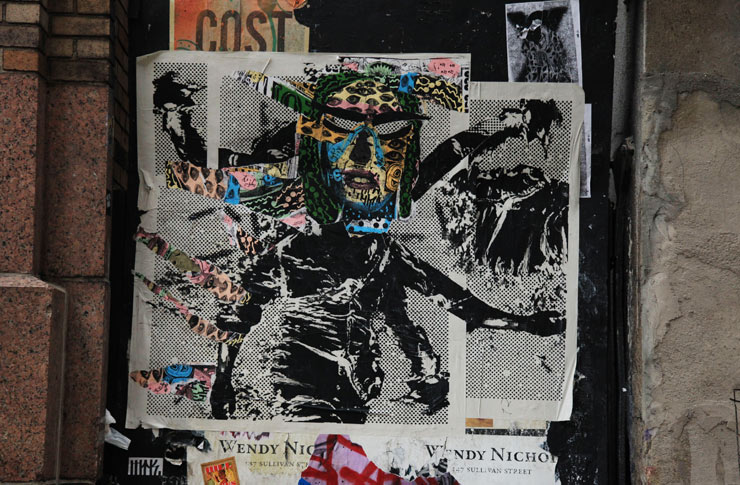 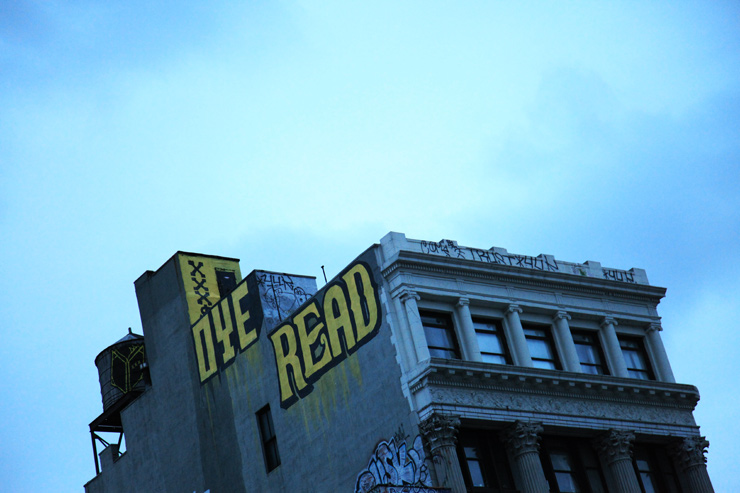 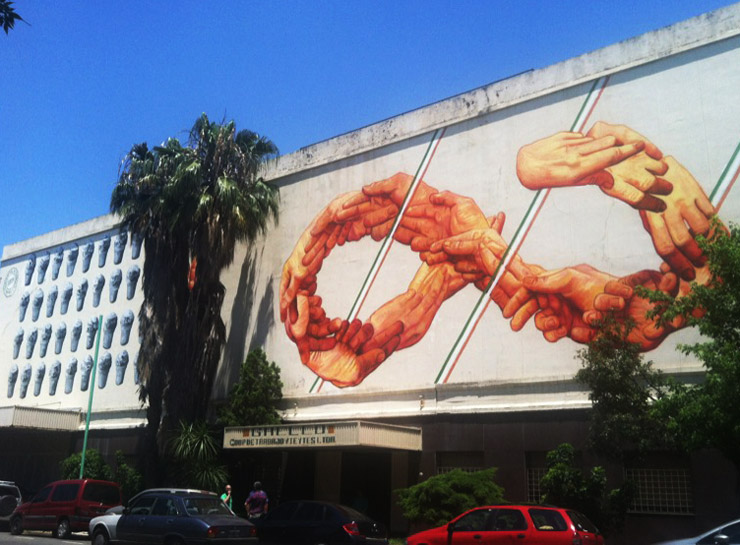 Nanook and Gaia collaborating in Buenos Aires, Argentina for Meeting of the Sytles. (photo © GAIA)

“The cycle of neoliberalism is broken when in 2002 Ghelco was occupied by its employees during the Argentine financial crisis. The last chain link hand floats voting on the other side of the composition. There are 41 Ice cream cones for each worker in the occupied factory. One hand voting represents the democratic decision making process of the cooperatively run ice cream plant” -GAIA

Nanook and Gaia collaborating in Buenos Aires, Argentina for Meeting of the Sytles. (photo © GAIA) 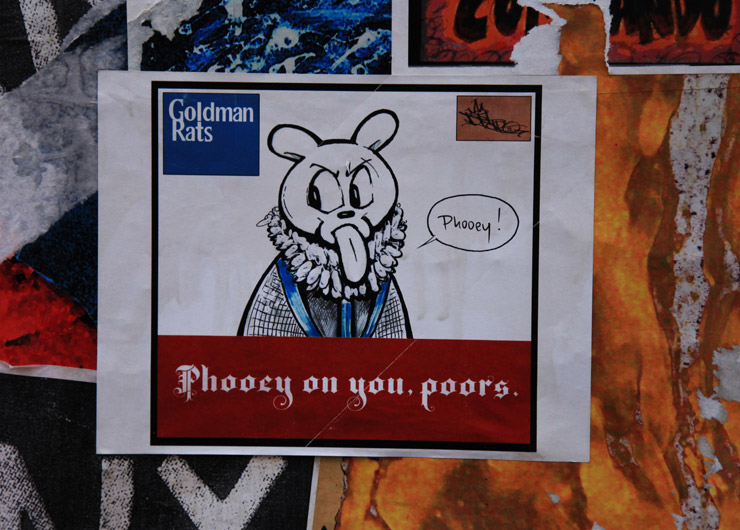 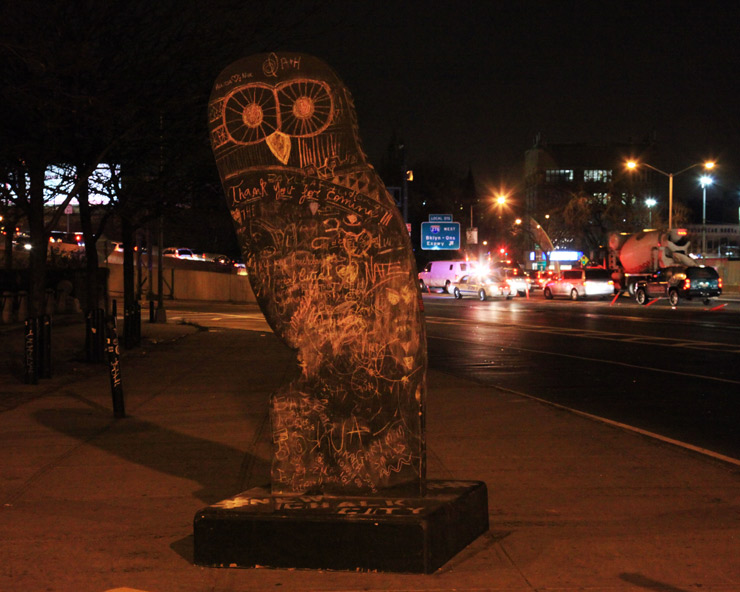 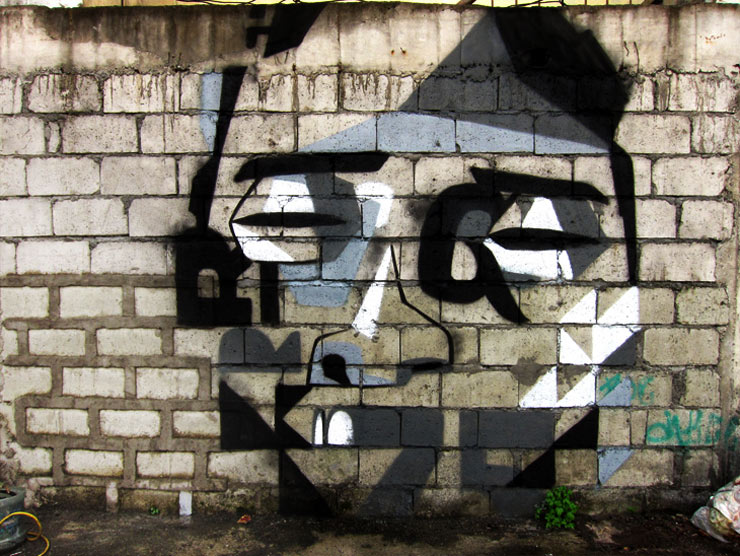 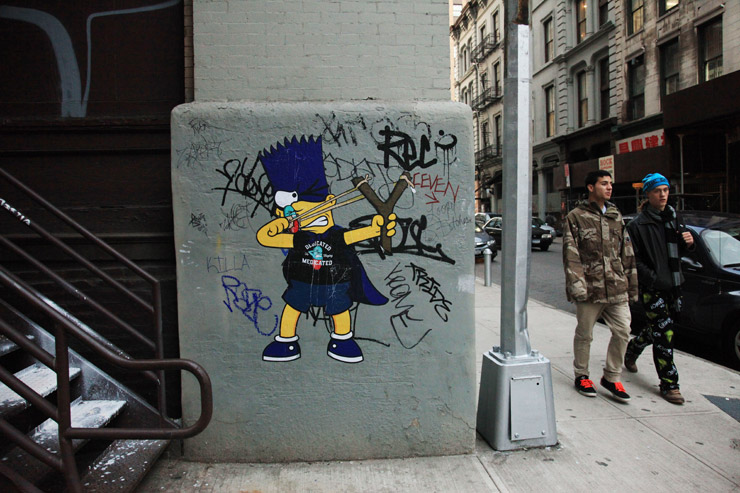 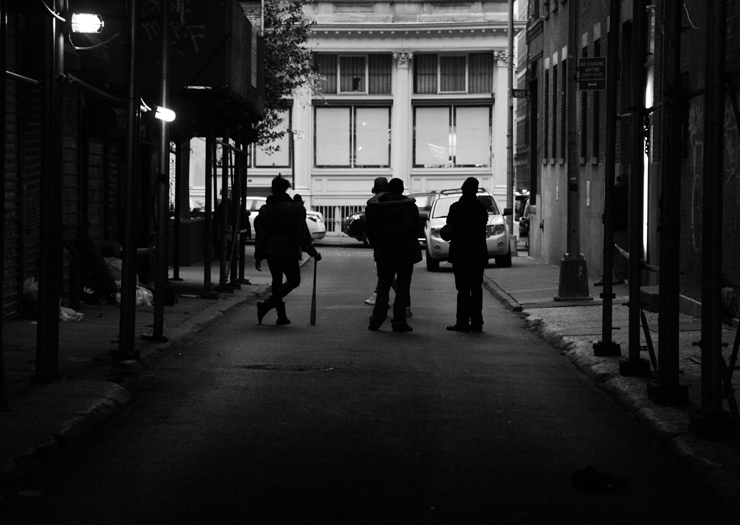 "Ex Animo", Eight Years of Poetry by Faith Forty Seven
Worn workers, wild beasts, a bloom in the rubble. Prayers of supplication and longing, racing teams of stallions and master felines of fury, the exhausted figure of a dream barely still illuminated, ...
Borondo and His Collection of "Memento Mori" (Book)
Memento Mori, the collection of images and essays about the youthful Borondo is as much a reflection of the artist as it is his art and his process. Canvas bound with partial hardcover, it is unpreten...
A Magic City Slowly Unfolds In Dresden : Artists Building Now
“The special magic that comes from our cities is germinated in the mad sum of their improbable juxtapositions and impossible contradictions,” says curator Carlo McCormick when talking about the new sh...
Unbridled Berlin Street Art : Spencer Elzey in Europe
Berliners are hard to crack, they say, but probably not for New Yorkers. We “get” them because of their no-nonsense frankness, sometimes sharp tongues, and because their "creative types" are unh...
BSA Images Of The Week: 11.04.18
Welcome to BSA Images of the Week! The clocks fell back last night, which means it gave NYC marathon runners a much needed extra hour to lie in bed and stare at the ceiling thinking about the ra...
Anthony Sneed Argentina Bast Brooklyn Brooklyn Street Art Buenos Aires Cavite Con Cost Curtis Dceve Defs Esma Eyez Faile FKDL Gaia Jaime Rojo Judith Supine Manhattan Miyok NANOOK New Chalk City NYC Obey Peat Wollaeger Philippines Phooey Read Space Shuttle Challenger Space Shuttle Enterprise Steven P. Harrington Wing