Australian Street Artist Reka was in town in the wake of the hurricane named Sandy and he found his plans for painting disrupted by flooded train lines, but eventually got up in three places in Brooklyn. On tour from his native Melbourne since July, Bushwick is just one more name to be tacked onto the list of places for Reka (or Reka One or James Reka) along with Amsterdam, Berlin, Bristol, London, Milan, Paris and the countryside in France. 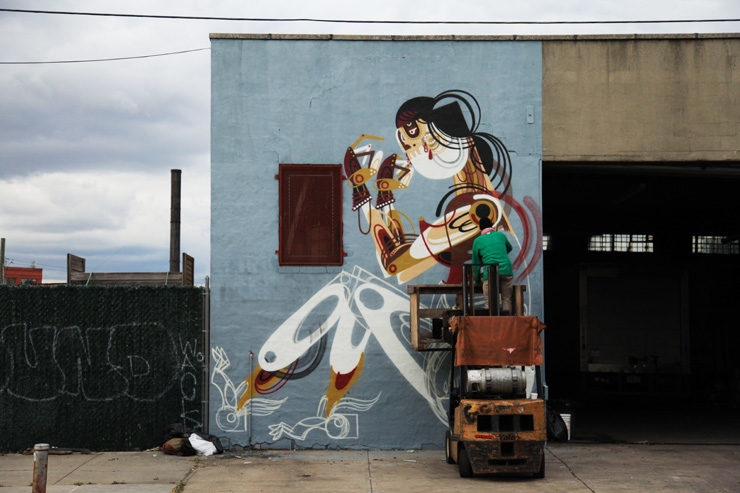 Here he brought his signature abstract portraits rendered in ochre, beige, moss, brown, black, white, rusted crimson and spice red. Typically illustrative of the female form, these figures are full of action with limbs and hands and elbows akimbo, gesticulating into air, flustered and animated with limbs bending from rivets at the joints. With wavelets of the darkest hair spilling and often with breasts barely pinned in or spinning free to make waves, Reka’s ladies in Brooklyn are unhinged consternation, contemplative and concerned, somehow heavy in their cubist side/front viewed expressions. 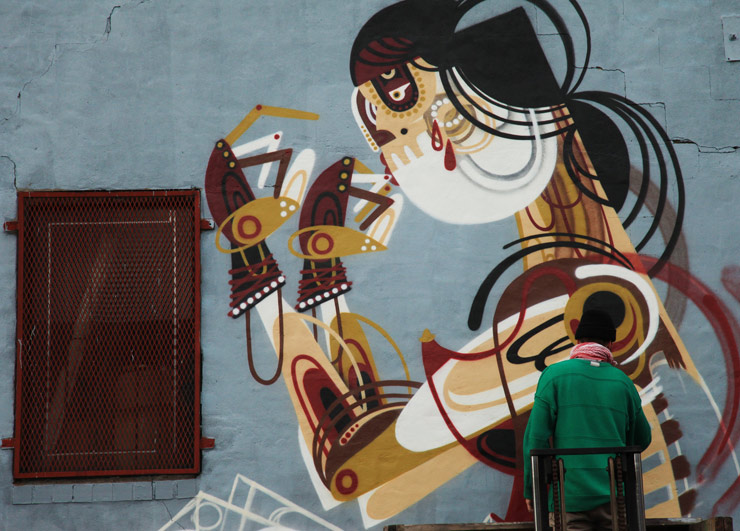 The forms photographed here by Jaime Rojo may be cognizant of the destruction that New York is still dealing with, where homes are being bulldozed, many school buildings are permanently closed, checks are lost in the mail, and many families are reliant on others for food and shelter. Rendered in colors we associate with autumn, these new Reka figures are of this moment in Brooklyn, even as the artist moves on in search of his next spot to paint. 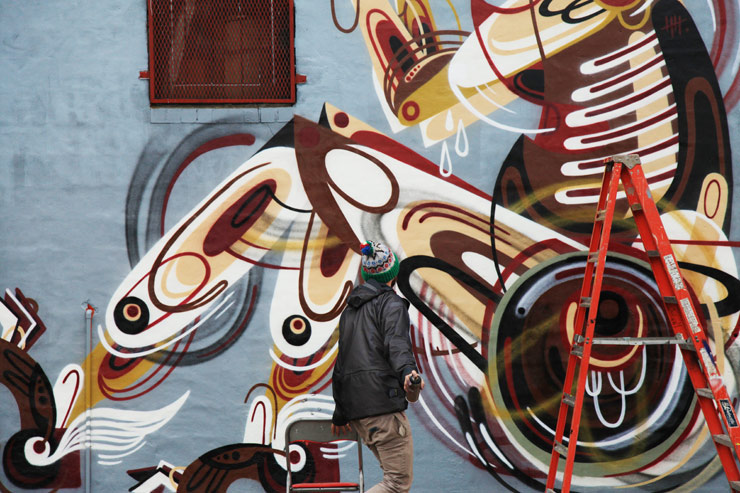 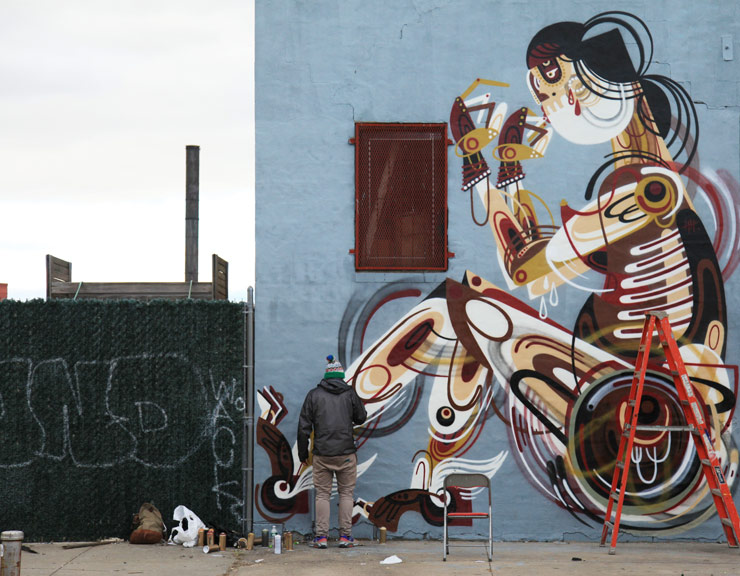 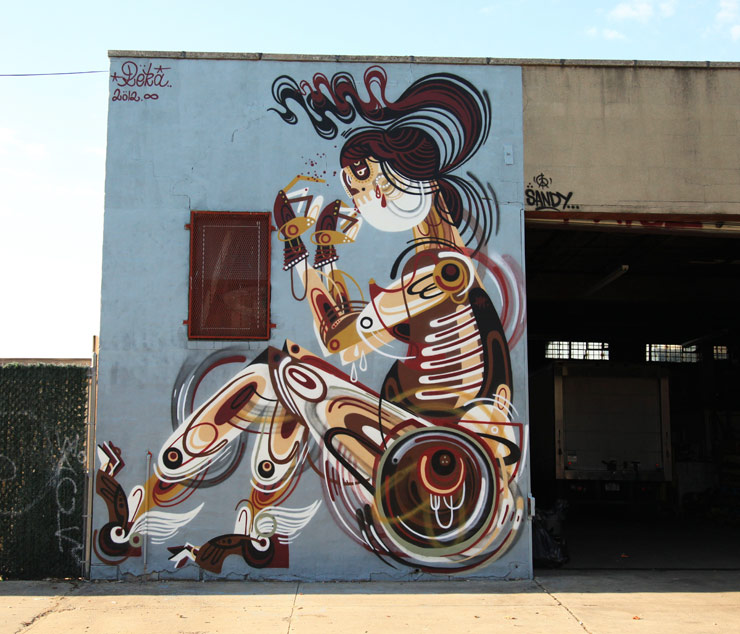 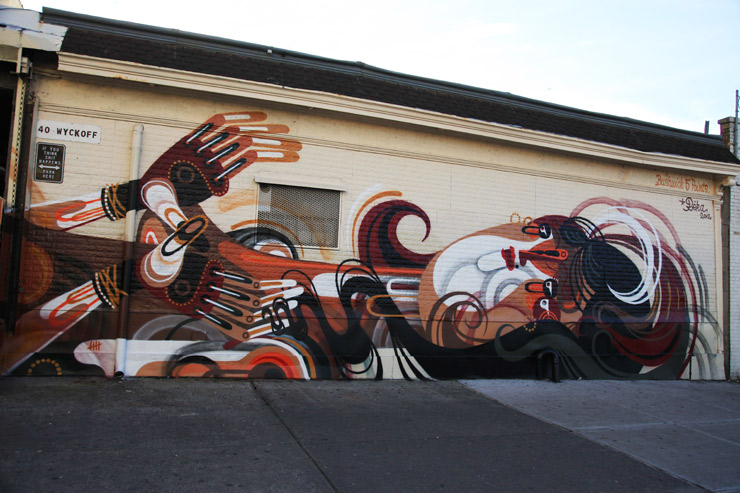 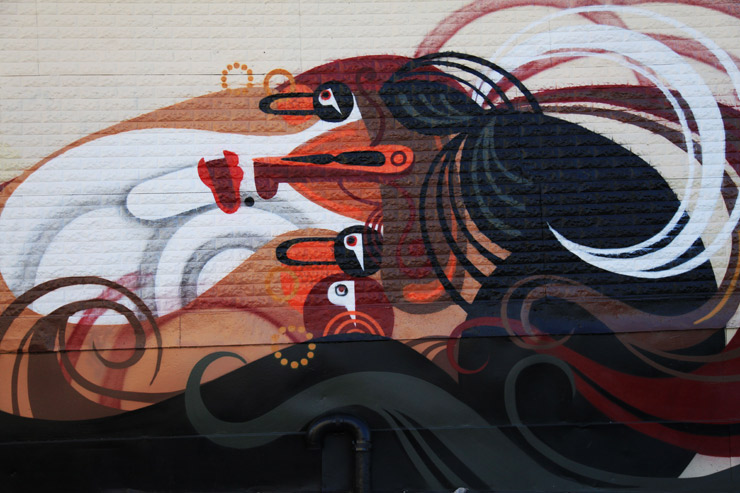 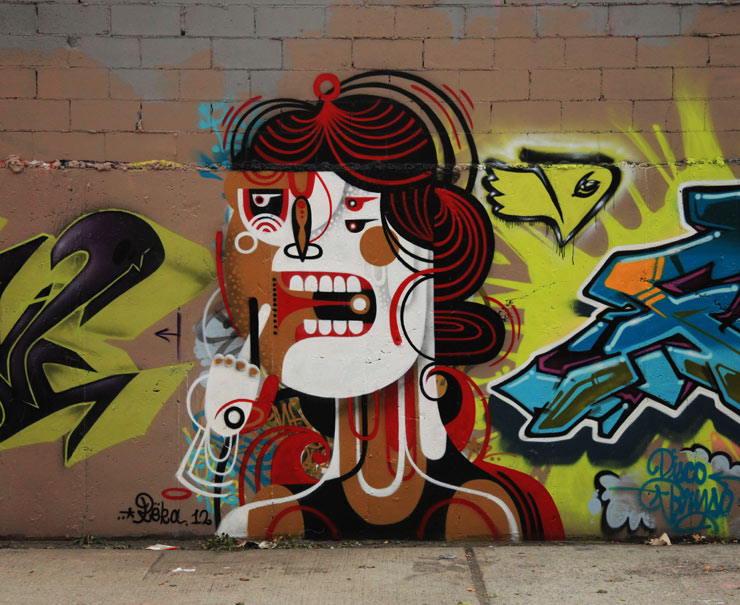 Ella & Pitr on Utsira Island, Norway with Nuart
For the ninth straight year, BSA will bring Nuart to our readers – artists, academics, collectors, instructors, curators, fanboys/girls, photographers, organizers, all. Not sure who else has been cove...
15 Murals and a Submarine: Amsterdam's Urban Art Scene Now
We're very pleased today to take BSA readers to Amsterdam, where the graff/Street Art continuum reaches back more than three decades and where the vibrant scene still remains fresh and relevant right ...
BSA Images Of The Week: 01.11.15
Hey Bro and Sis! It's Sunday! Here's our weekly interview with the street, this week featuring Adam Dare, Curly, D. Hollier, Damien Mitchell, El Ray, JVC Quard, Lotits, Noodle Cat, Old Broads, Q...
Ella & Pitr x Martha Cooper x Le M.U.R. Saint Etienne, France / Dispatch From Isolation # 66
“One paste up per month for the public health,” is the theme for this program called Le Mur, now on their 84th piece. In our time of self-imposed quarantines, invariably we feel our liberties are bei...
The Word On The Street. Oh, Word?
Sometimes we refer to Street Art as part of an ongoing conversation. Who will argue? Whether it is clever wordplay, a lovelorn cry, a dire warning, or raging rant, artists are addressing us with their...
Brooklyn Brooklyn Street Art Bushwick Bushwick Five Points Jaime Rojo NYC Reka Steven P. Harrington