Here’s our weekly interview with the street, this week featuring Barry McGee, Berth Control, BustArt, Cash4, Hot Tea, JM, Michael DeFeo, OverUnder, Rae, Shie Moreno, Smells, Spiro, Swoon, and Willow. First we start with a selection of details from the brand new piece by Brooklyn Street Artist Swoon that appeared on the street recently – in her inimitable style of revealing an internal world at play within the larger structure. 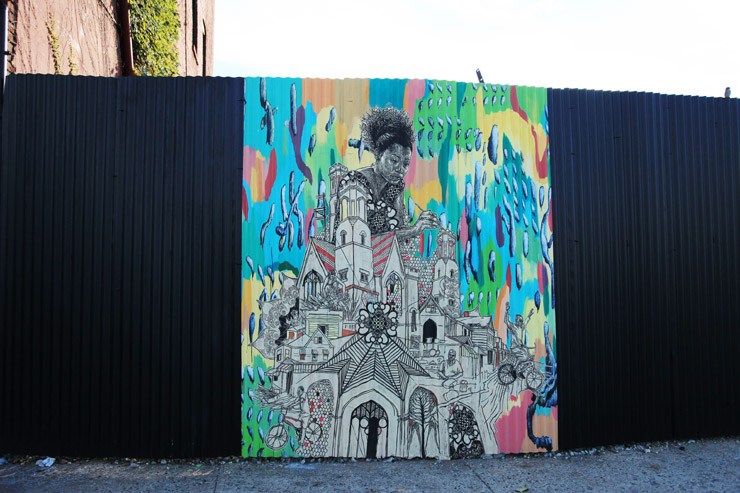 Swoon. “Neenee. Bradock”.  Swoon created this piece to raise funds for the restoration of the church in Braddock, PA. This hand tinted what paste for the streets was done on a metal fence with a colorful background by a different artist. (photo © Jaime Rojo) 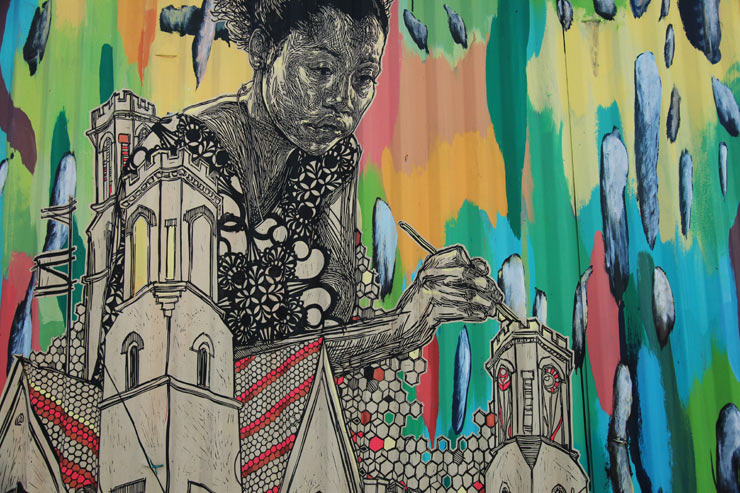 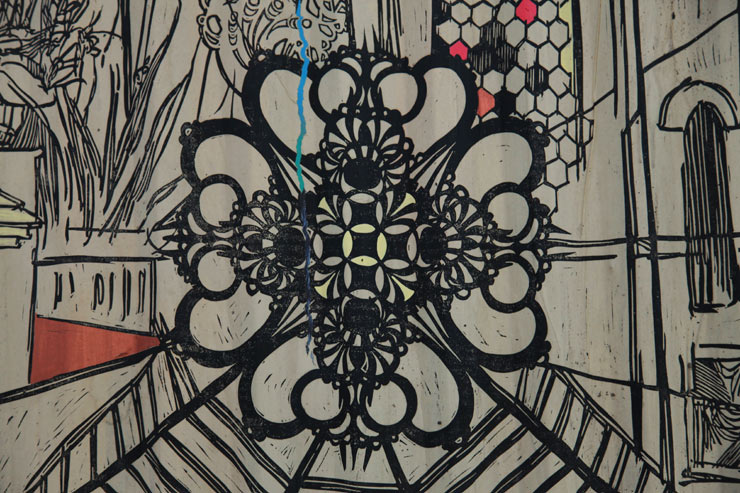 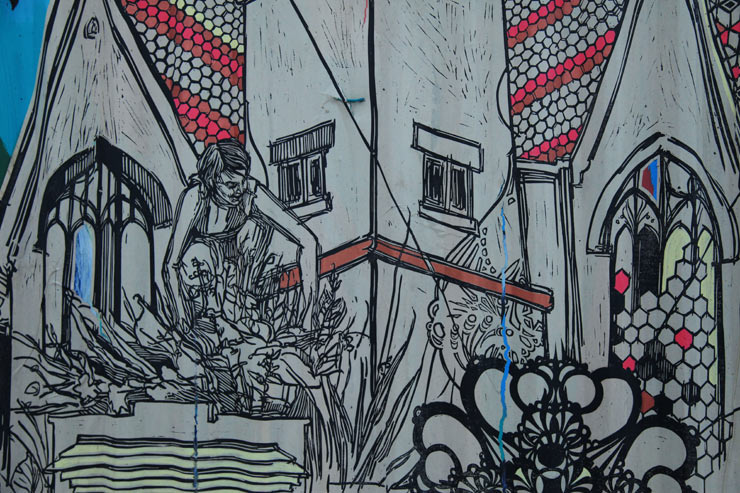 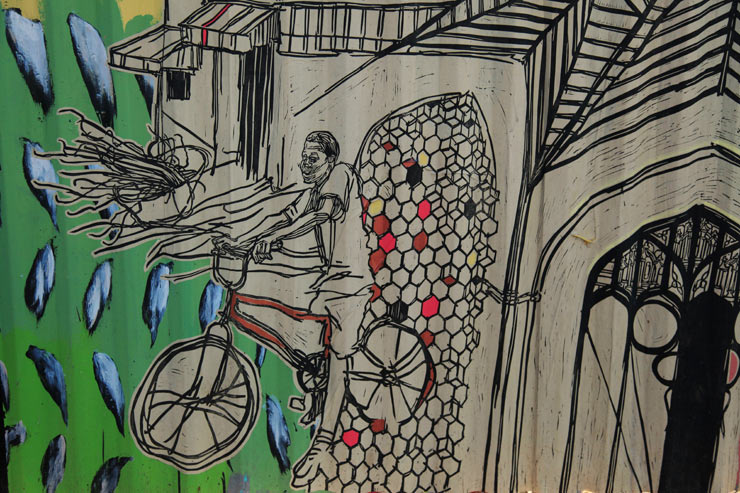 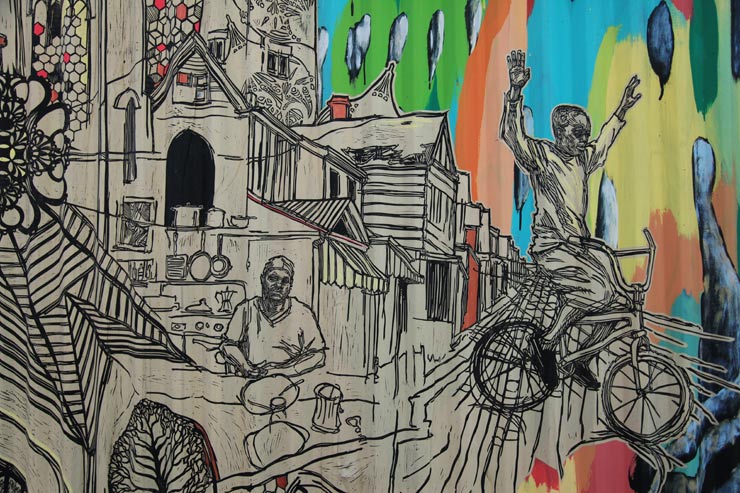 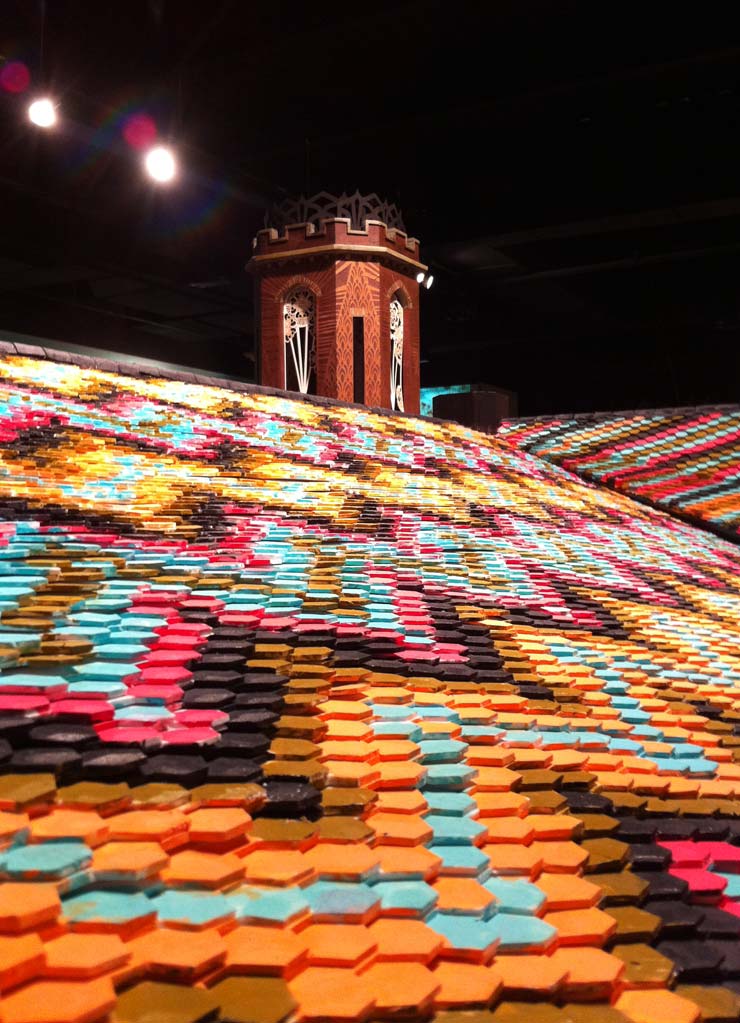 Swoon. Detail of the maquette of the church as envisioned by the artist during a recent fundraiser called “Pearlys”. (photo © Jaime Rojo via Iphone) 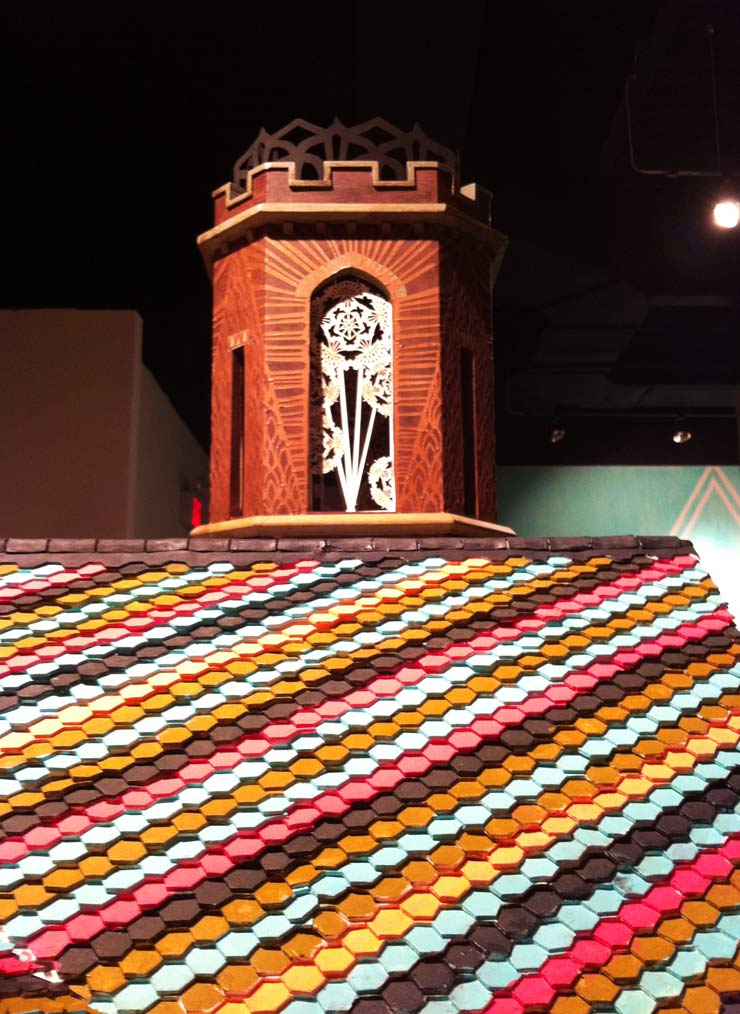 Swoon. Detail of the miniature mode of the church as envisioned by the artist. (photo © Jaime Rojo via Iphone) 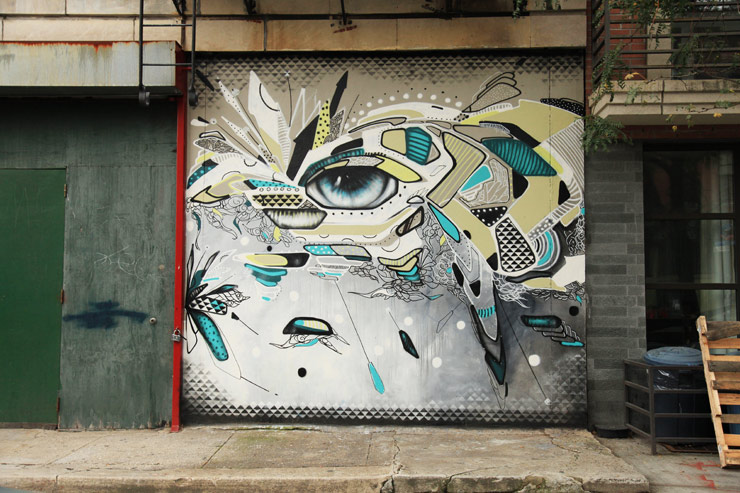 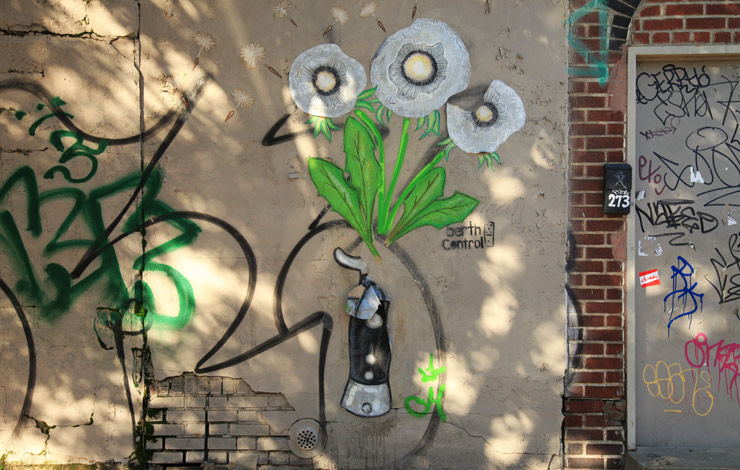 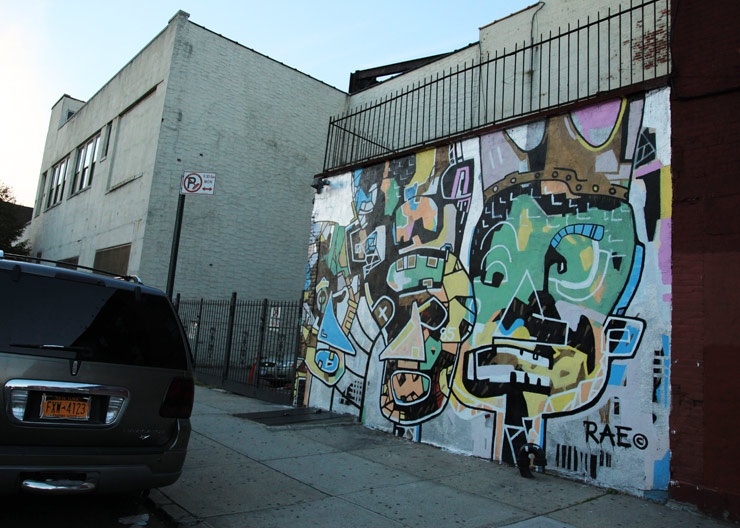 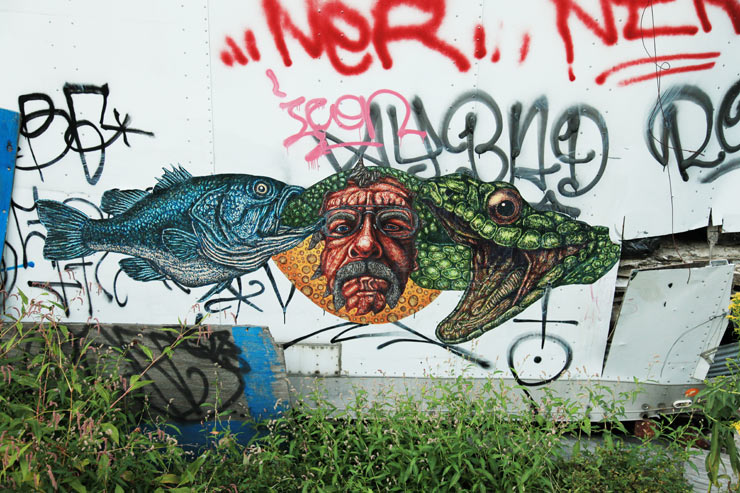 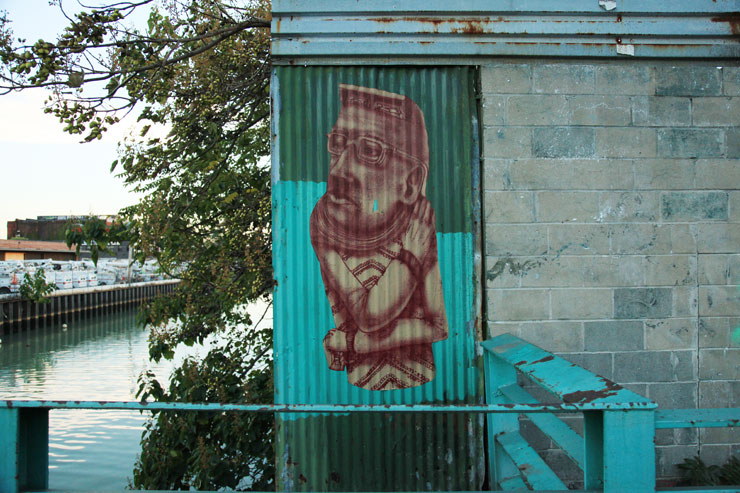 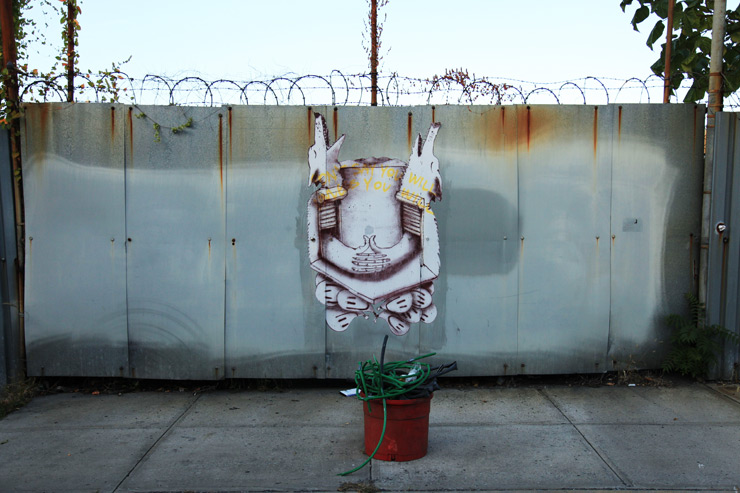 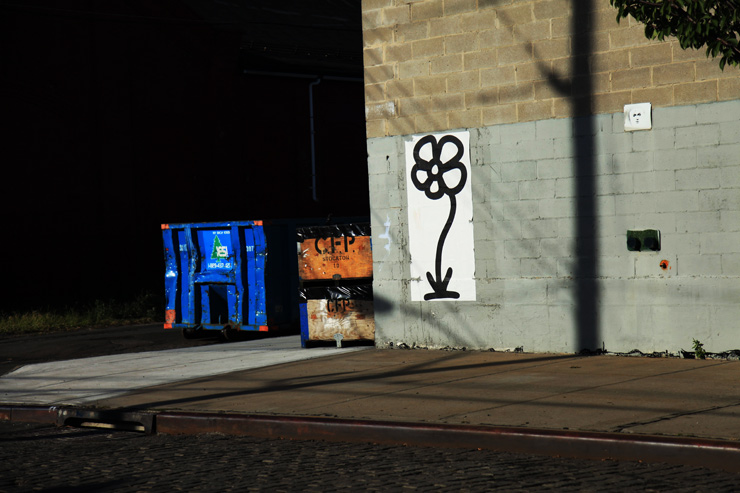 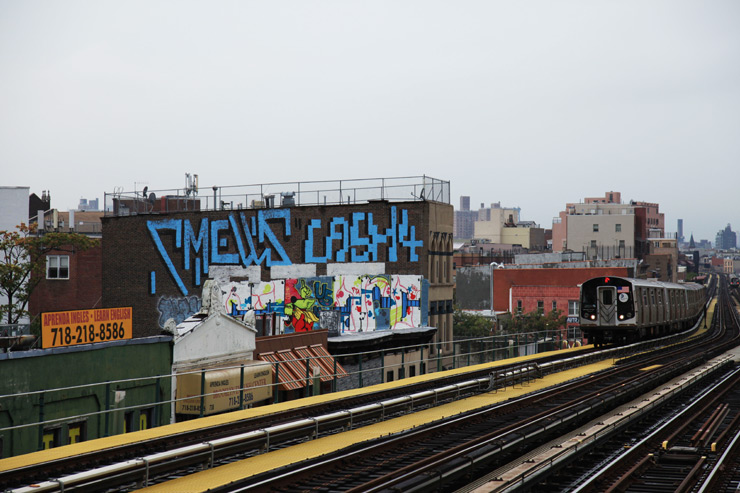 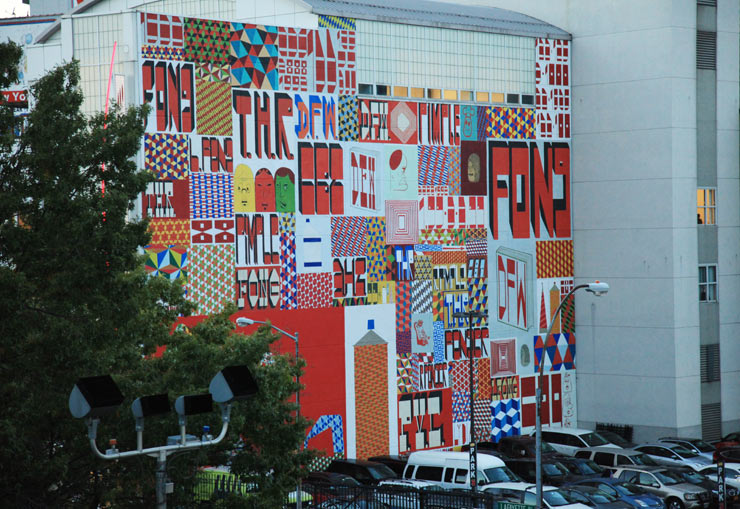 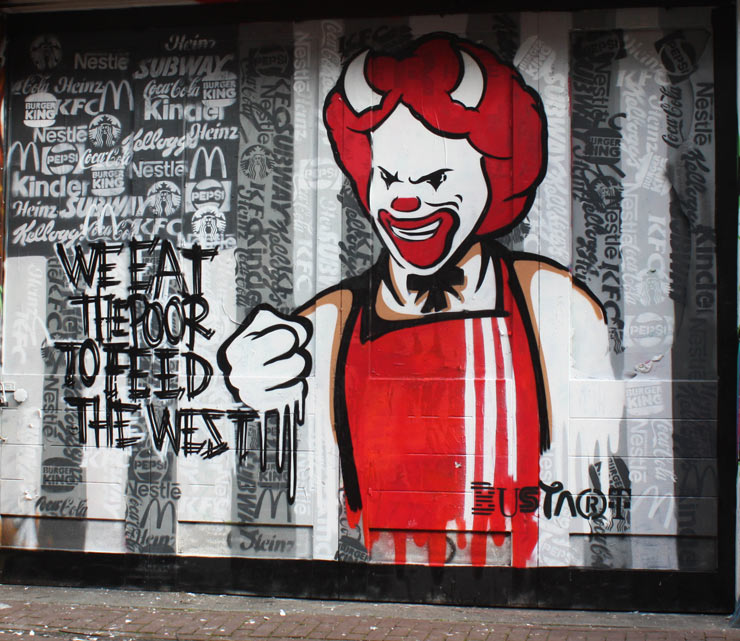 BustArt in Amsterdam goes after the behaviors of corporate chains. (photo © BustArt) 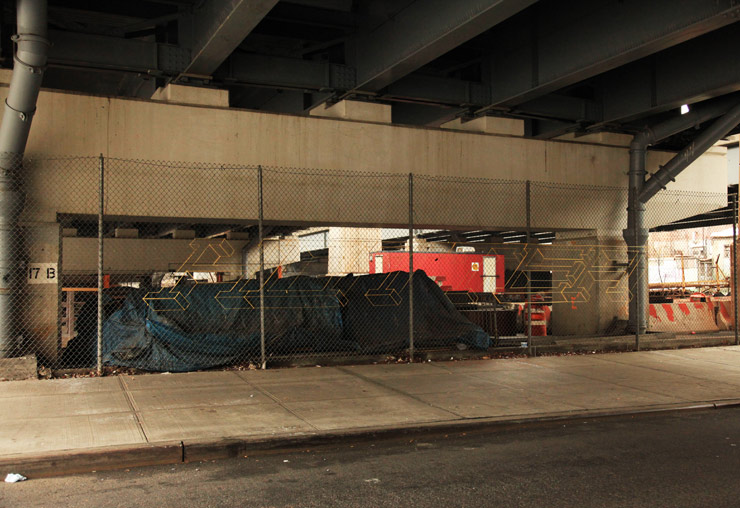 Hot Tea’s latest very subtle installation almost got lost here in the photo. Too bad, as this is one of his best installs so far. The fonts are beautifully rendered with the yarn. (photo © Jaime Rojo) 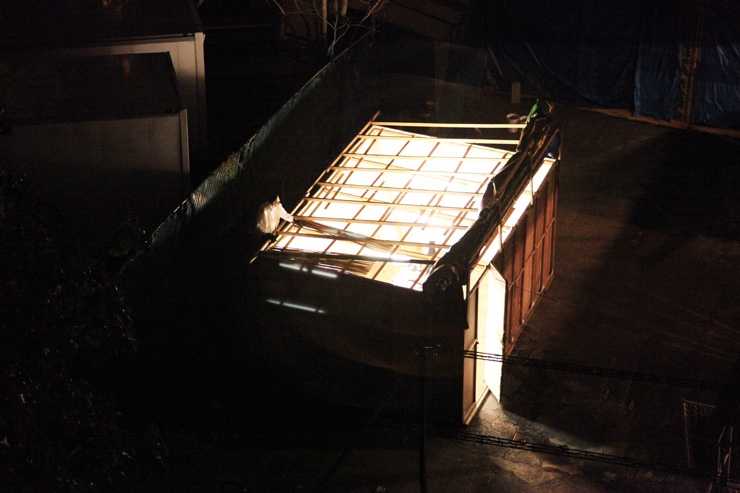