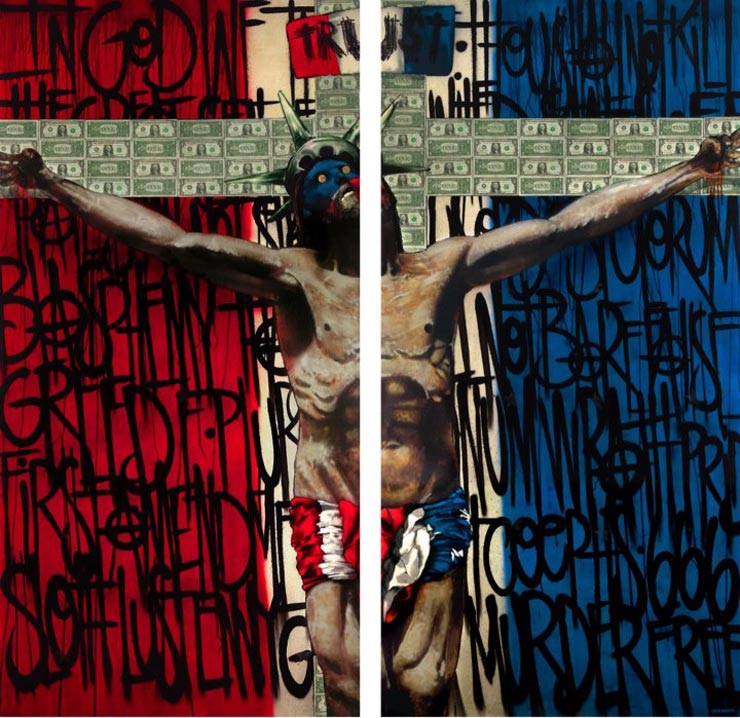 BSA Images Of The Week: 03.03.19 - Madrid Special
What a blast it has been this week in Madrid - on the street and on the stage with curators, artist, urban planners, professors, researchers, disrupters, and dreamers. We're happy we managed ...
BSA Film Friday 11.01.2019
f Our weekly focus on the moving image and art in the streets. And other oddities. Now screening : 1. Paradox and CPT. OLF and Daredevilry in Berlin2. The Tunnels. Nuart Festival 2019. A film ...
Street Art Sancocho : "ArteSano Project" Brings Dominican Flavor (VIDEO)
New Year, new mural festival!  Truthfully, the appearance of new mural festivals today is faster than annual – it’s more like quarterly – but this one in the Dominican Republic was inaugurated thre...
BSA Images Of The Week: 07.13.14
Apparently there is another spectacular sporting event that's got everyone captivated today and for a couple hours it will be easy to get a cronut or a seat on the subway because people will be w...
JAUNE's Miniature Worker "Dudes": Nuart 2016
Brussels based stencillist Jaune says he "proudly created with his hands, his heart and sometimes his head," on his website and it looks like he has been using all three to place his little "dudes" in...
Brooklyn Street Art Charlotte Chor Boogie Democratic National Convention Elder Gallery Gallery X Nirmal Mulye North Carolina