A few years ago when we started telling you about this art show in a Brooklyn hardware store, people questioned BSA’s sanity and it’s relevance to the street. Even now, there are some street artists who have not exhibited in this show, but that list will be trimming down to zero in the next few years. That’s because of two things – one is that Joe Franquinha and his family re-imagined their store as artists began to re-imagine the surrounding neighborhoods of Williamsburg, Greenpoint, and Bushwick. The other is that the existing gallery system needs to change and Street Artists (and others) have been exploring every other alternative to it for the last decade. The only ivy covered walls that should be relevant to this creative spirit are in the garden section behind the store.

Here is a sneak peak at the Crest Arts show that opens Saturday in the store. Everybody is welcome and there will be music, food, art, and community busting out all over the place. Also, Franklin the pig. 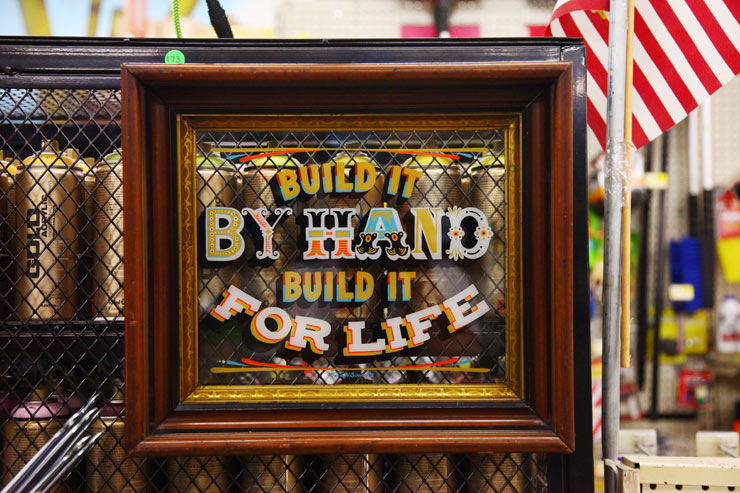 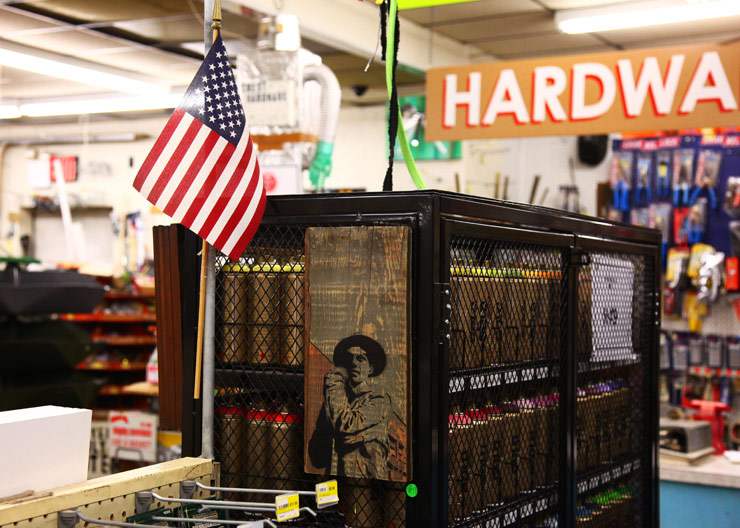 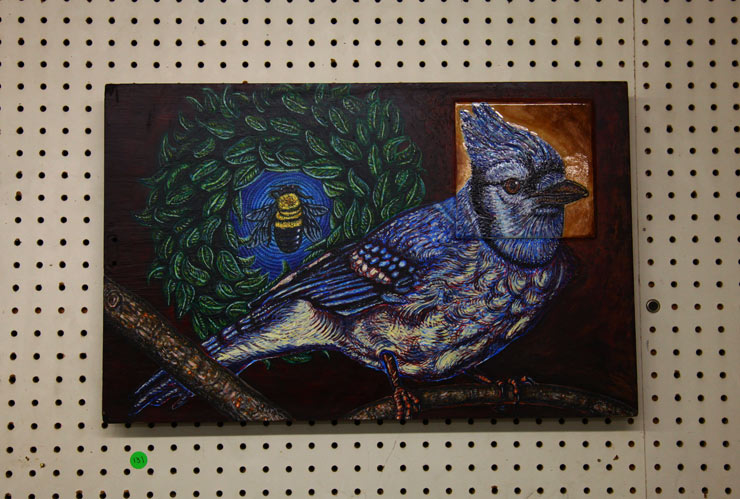 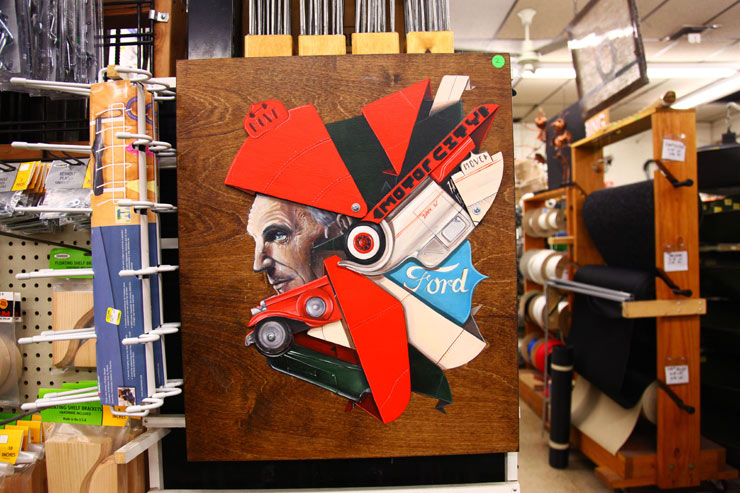 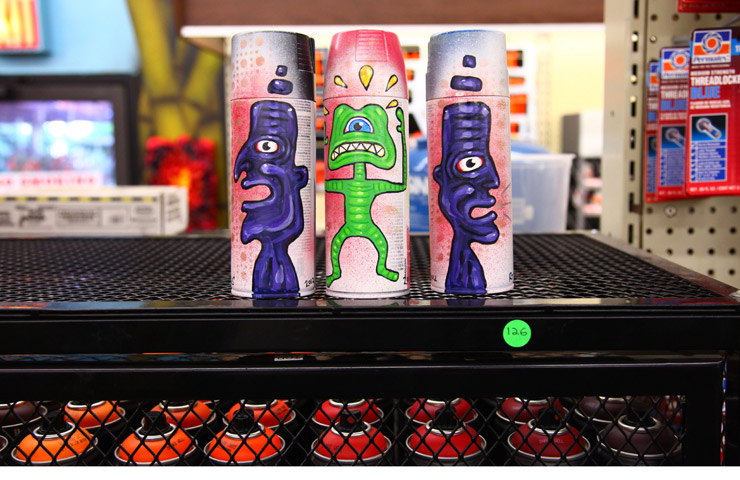 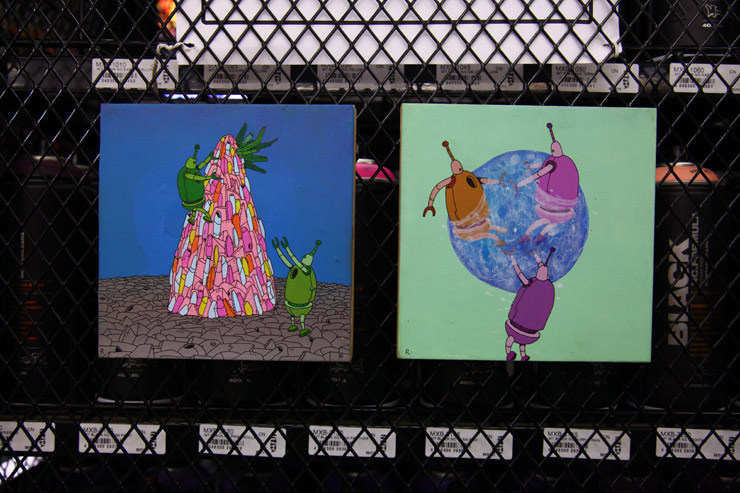 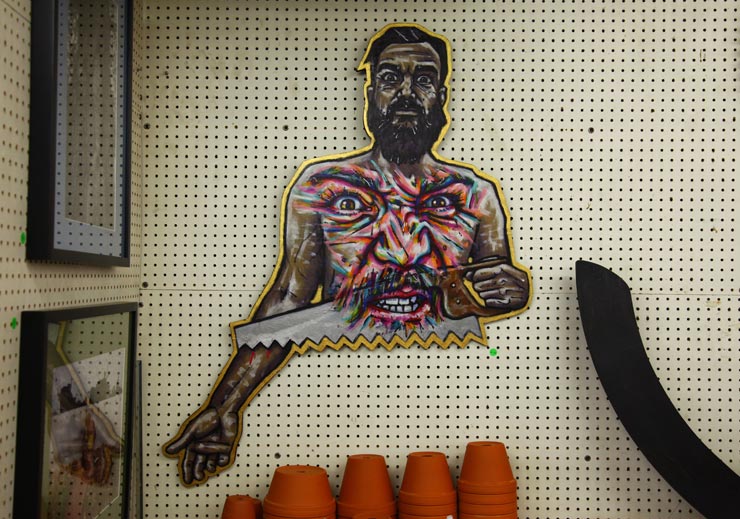 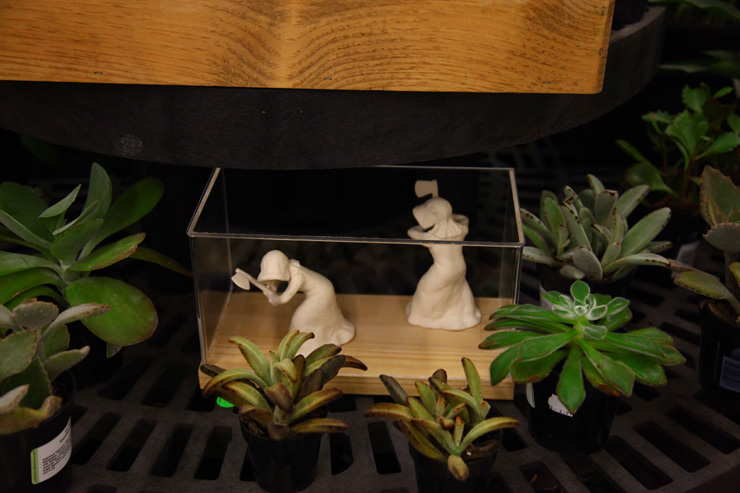 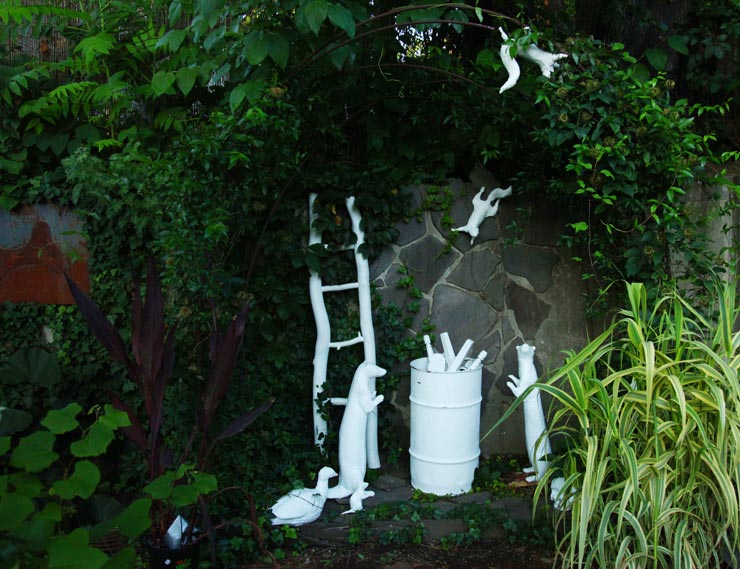 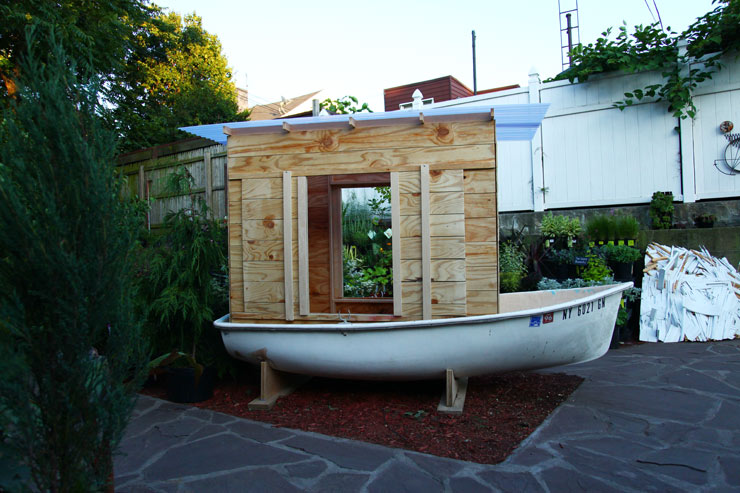 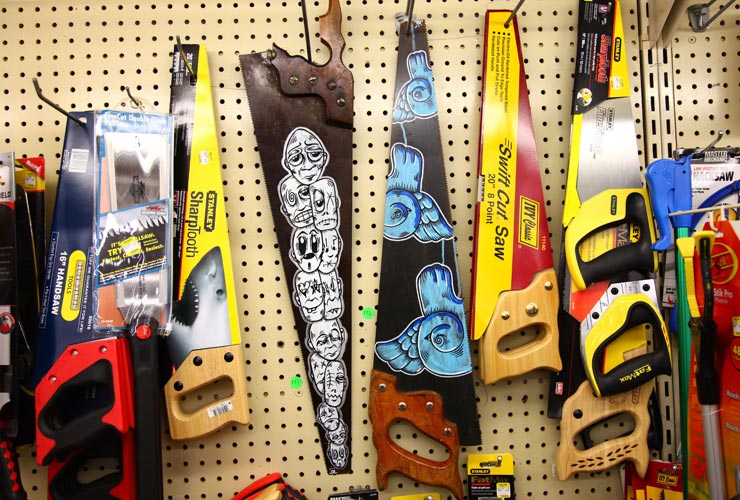 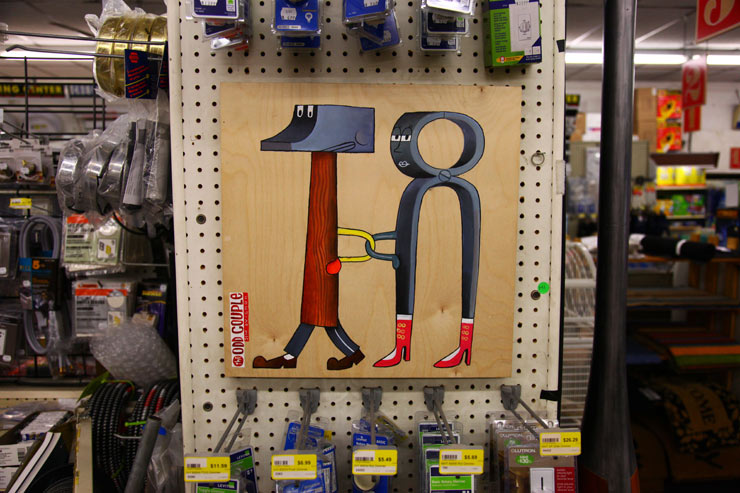 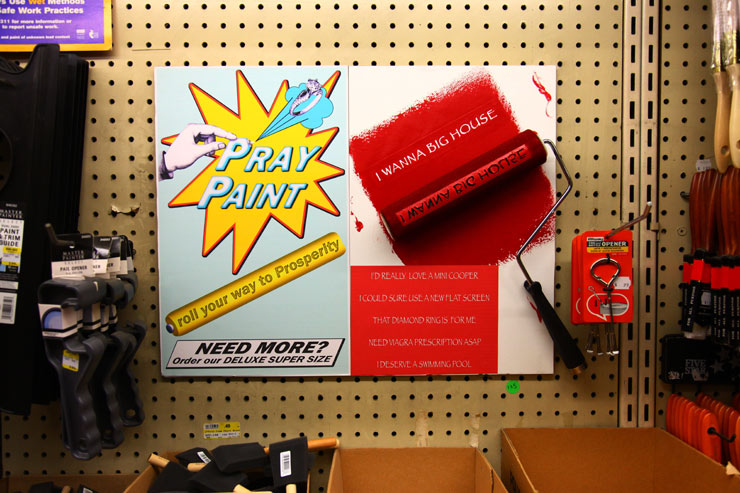 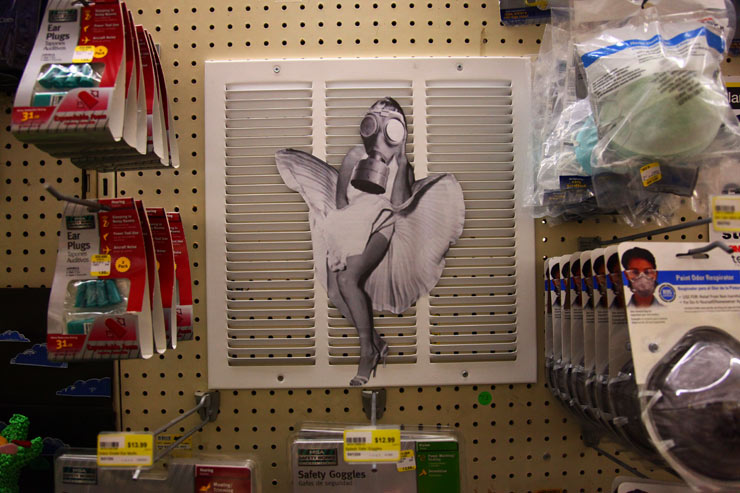 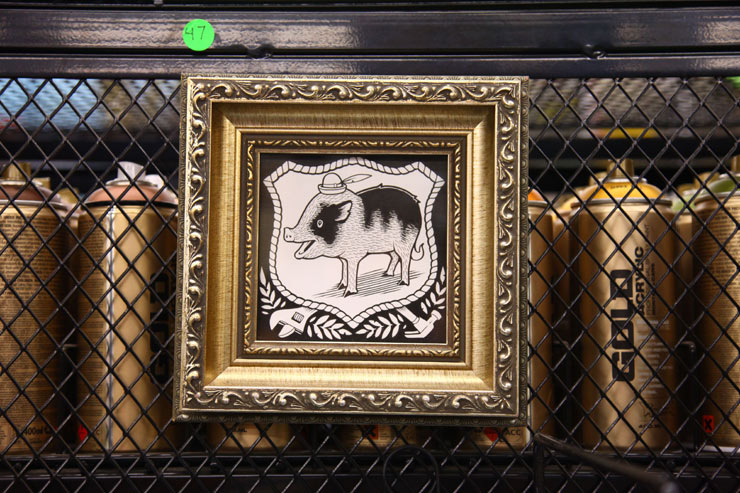 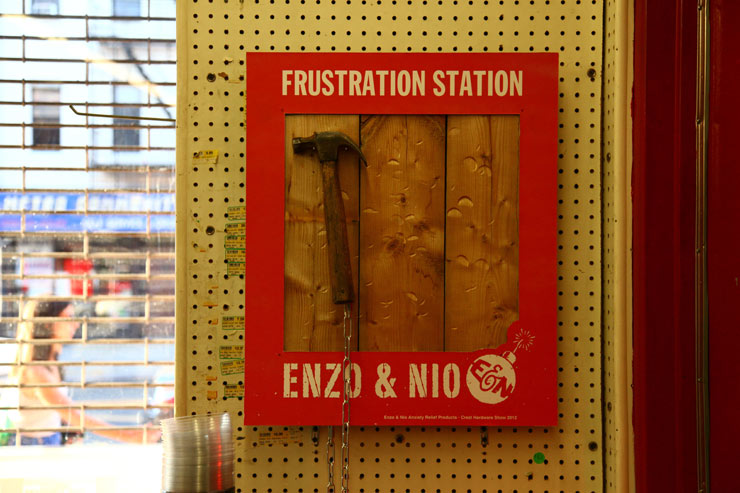 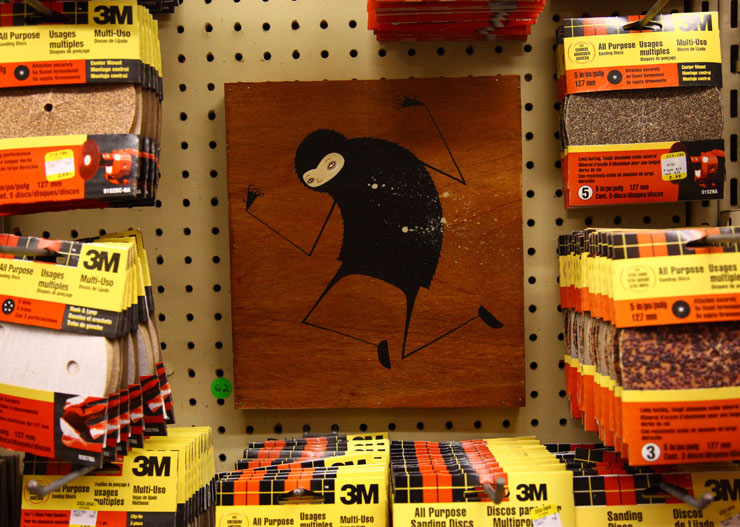 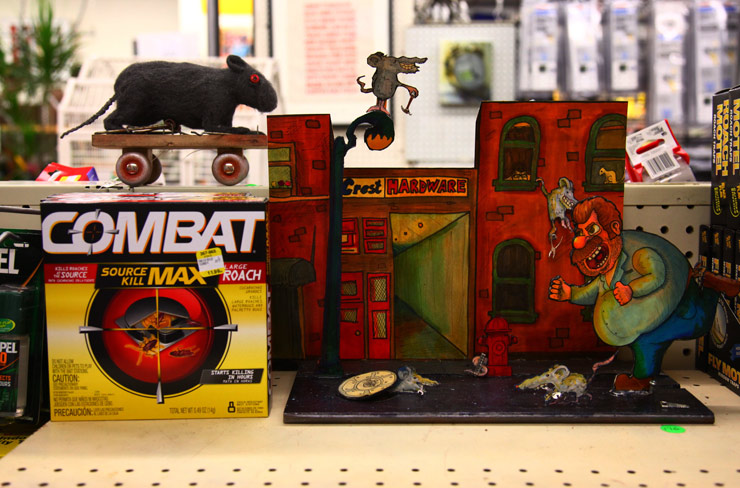 Winners Announced: BSA Black Friday Giveaway of "Banksy In New York"
Five Instagram Accounts Picked to Win There are SO many avid and creative fans of Banksy on Instagram it's pretty astounding. If you look through all of the feeds from the folks who tagged #BSABlackF...
BSA Images Of The Week: 05.15.16
Coney Art Walls is back for 2016 and the artists have already begun painting, Duke Riley is on week two of performance with pigeons in The Brooklyn Navy Yard , the #notacrimecampaign is happenin...
Barlo X "Gods In Love" and the Moulting of Cicadas in Italy
Summer’s orchestra of sounds are joined at some juncture by the song of the cicada, and usually that means we are at the very height of this warm and sticky season, just before slowly returning to a c...
Mr. Fijodor Builds a Burger in Athens
“The XXXL Panta Burger” You are what you eat. Mr Fijodor thinks we are eating cars, buildings, cities and a few other non-foods along with all the other stuff in this stack of hamburgers. Of course, h...
Martha Shoots Adele, Fintan, a Pigeon Fancier and More at Eugene 20X21 - Edition 2019
Photographer Martha Cooper again rules the roost at BSA with her new photos of the 20x21 EUG Festival in Eugene, Oregon. Organized and funded by the City of Eugene’s Cultural Services Public Art Prog...
Ben Hipp Brooklyn Street Art Chris Stain Creepy Crest Arts Crest Hardware Art Show 2012 Daek One Enzo & Nio Eric Araujo Greg Barsamian Jaime Rojo Jeremy Fish Jilly Ballistic Jim Avignon Joe Franquinha Jos-L Peter Pracillio Quel Beast R. Robots Rachel Farmer RT Vargas Steven P. Harrington Travis Simon Willow