We’re beginning to see an ever growing mural/wheat-paste/stencil circuit, a clan-like constellation of firing synapses across the globe, the informally formal collecting together of Street Artists in one town or area to smash some walls and exchange tips, learn new skills, make connections. Sometimes there’s a budget, sometimes there’s just beer.

But it’s cool to see this generation of Street Artists reaching out to each other and hosting in their town, even cultivating an exchange that is personal and cultural. Having just returned back to the Navajo reservation from his trip out east to Baltimore to participate in the Open Walls project, Street Artist Jetsonorama is readying his own version with his buddy, a Street Artist you know well from these pages named Yote. 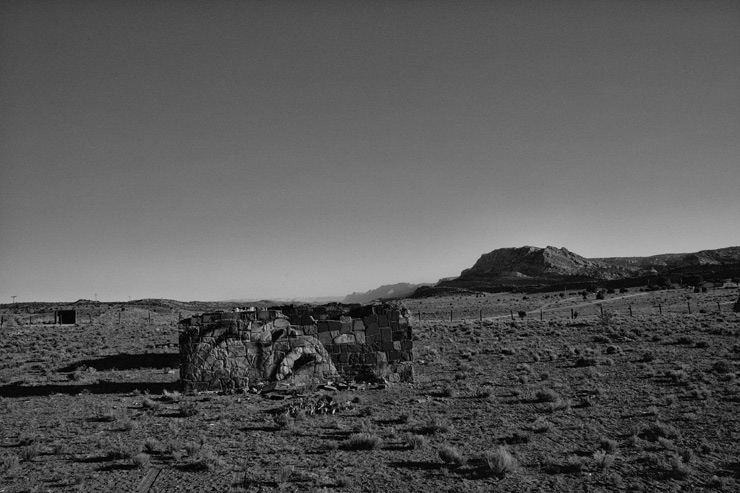 Together they imagined inviting some of their favorite Street Artists to the Navajo nation to paint. Jetsonorama gives Yote the credit for thinking up the archtypical roadside stand as a recurring mural location. “He first voiced the idea,” says Jetsonorama, “but as soon as he said it, I was already drawing up my dream list because I’d been entertaining this idea too.”

So there you have it. A project can happen if you dare speak the words, and these two guys are bringing some of their dream list, plus a couple of surprises, back to their stomping grounds to make art. The list includes Gaia, Doodles, Chris Stain, OverUnder, Labrona, and local talents like Thomas “Breeze” Marcus from the Tohono O’odham and Salt River Native communities.  To set the stage, here are a number of pieces by Jetsonorama to whet your desert appetite. 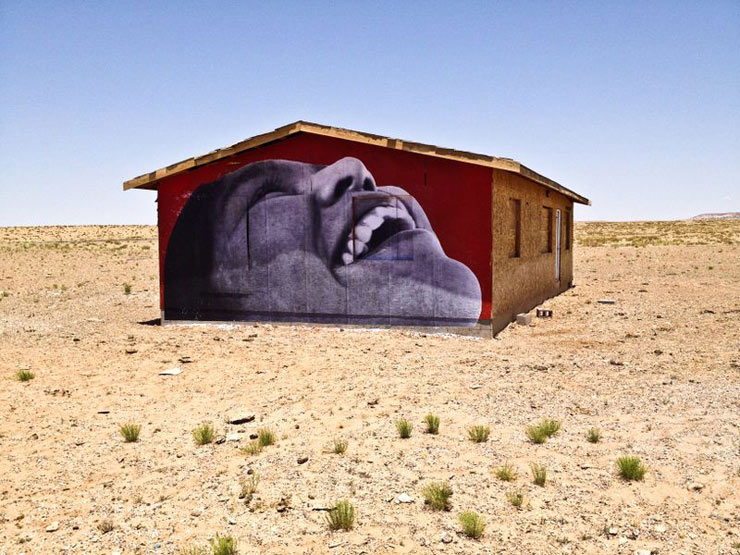 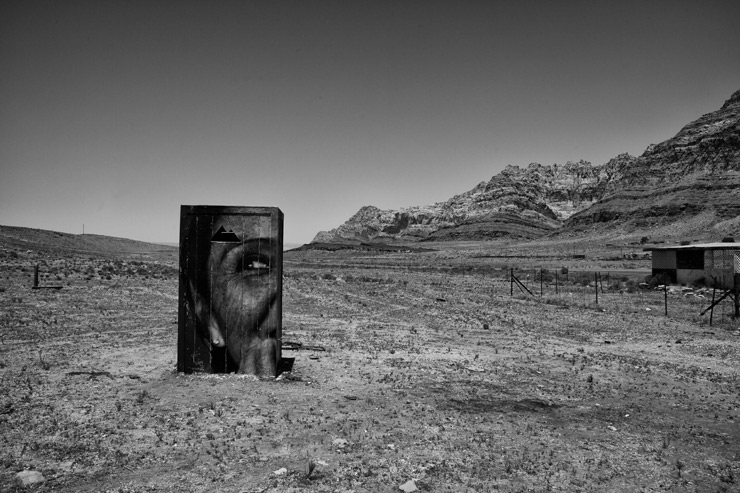 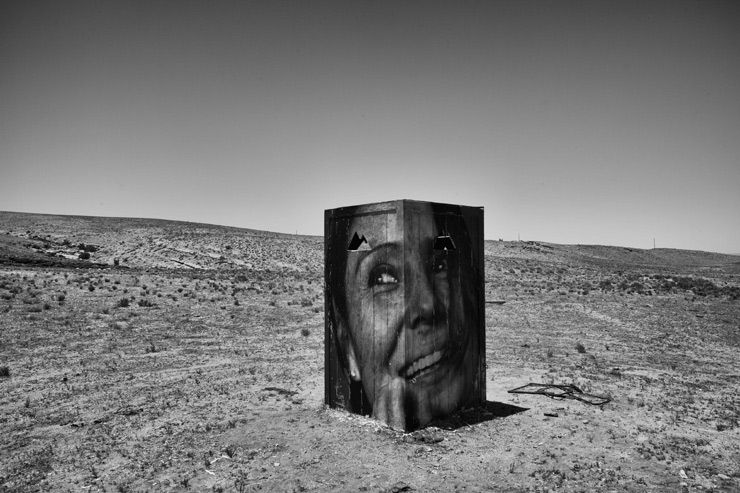 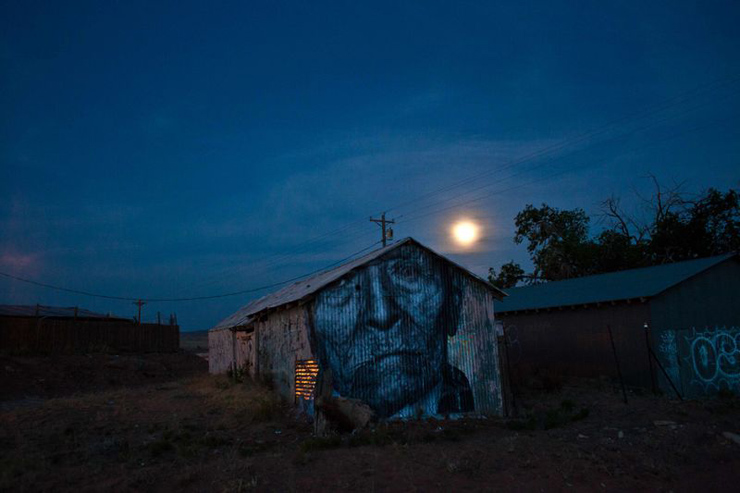 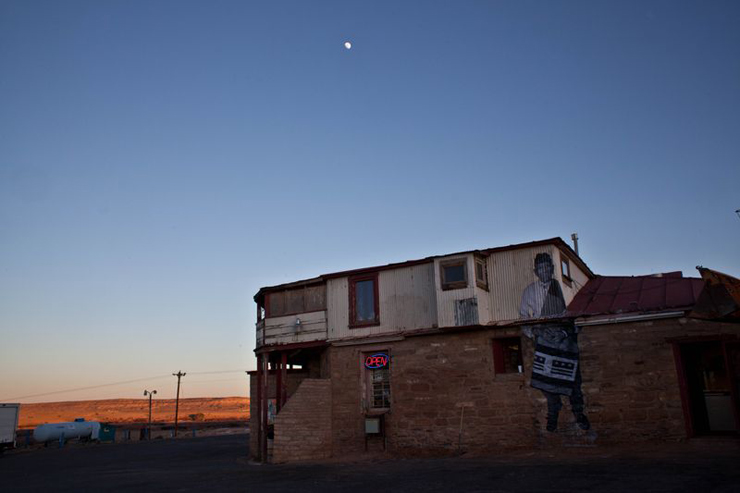 Jetsonorama. King Fowler in Front of The Store. (photo © Jetsonorama) 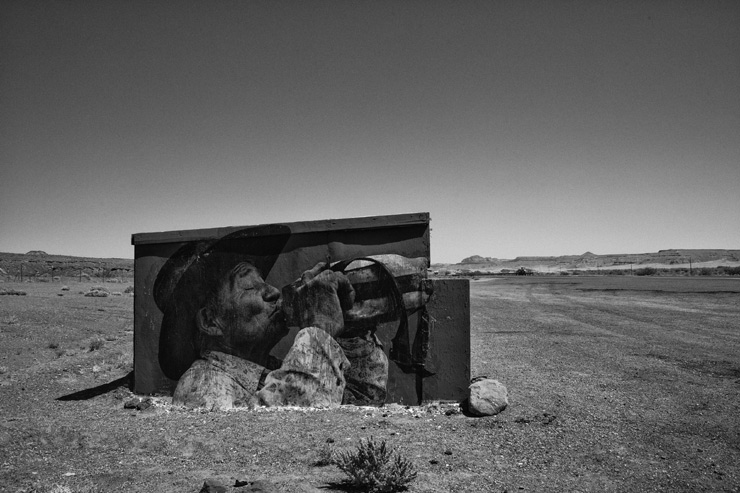 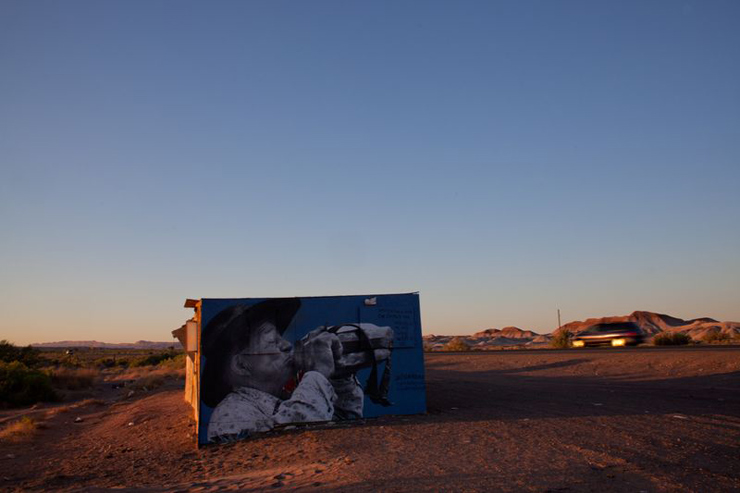 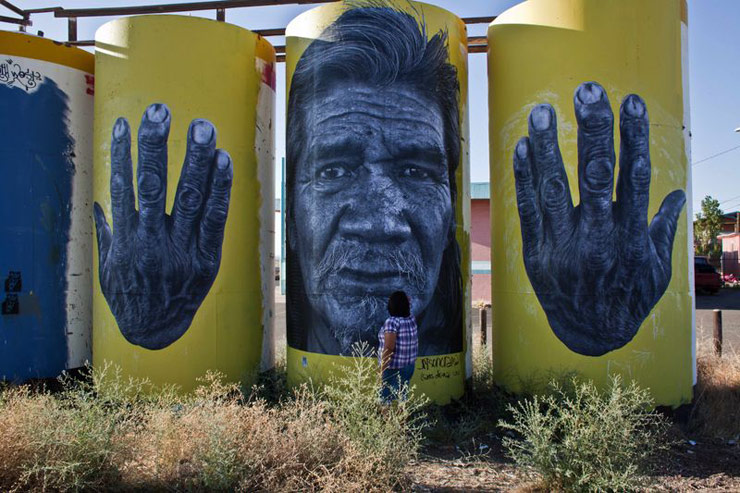 Shout (and love) To The Pangolin and ROA
Pangolin Smuggling! A recent article in The New York Times caught our attention this week and it made us think about Street Artist ROA, and his many paintings in the street depicting them. ROA...
BSA Images Of The Week: 09.15.19
Did you see that micro-moon on Friday the 13th? We were up on the roof with artists and friends and weirdos celebrating "mid autumn moon" and looking at the New York skyline and that beautiful mo...
Axel Void: Ode To the Spirit of Andalucia
The unbridled joy and adventure of youth! Axel Void has captured both in this new street diptych in a Student dormitory in Seville, Spain, called Livensa Living Sevilla. Axel Void. In collaborati...
ESCIF "La Pared Es Nuestra". Sant Feliu de Llobregat. Barcelona
When Street Artists and graffiti vandals are looking for a spot in public space they sometimes claim a wall as their own – even if someone else owns it. It’s a bit of hubris, but it helps with the str...
"Make It Fit" Various & Gould Join Specter at Brooklynite
Don’t try to jam these square pegs into a round hole. You’ll never make them fit. Germany’s VARIOUS & GOULD join Brooklyn’s SPECTER at Brooklynite Gallery in the workshop; an assembly-line of drill...
Brooklyn Street Art Chris Stain Doodles Gaia Jaime Rojo Jetsonorama Labrona OverUnder Steven P. Harrington The Navajo Nation Tohono “breeze” O’odham Yote