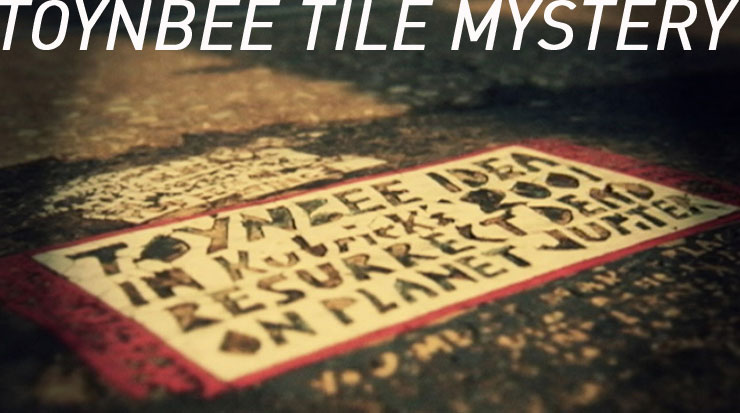 “Resurrect Dead: The Mystery of the Toynbee Tiles”

Opening in NYC at the IFC Center on Friday 09/02,.the film is about the Toynbee Tiles and an unlikely team that tracks down the mystery’s source for the better part of a decade. It won Best Documentary Directing award at this years’ Sundance Film Festival so it’s got cred.

Win Tickets To Opening Night! First person to send an email to info@argotpictures.com with BSA in the subject line gets a pair of tickets for opening night this film by Jon Foy. Second person will get tickets to any night during the run. 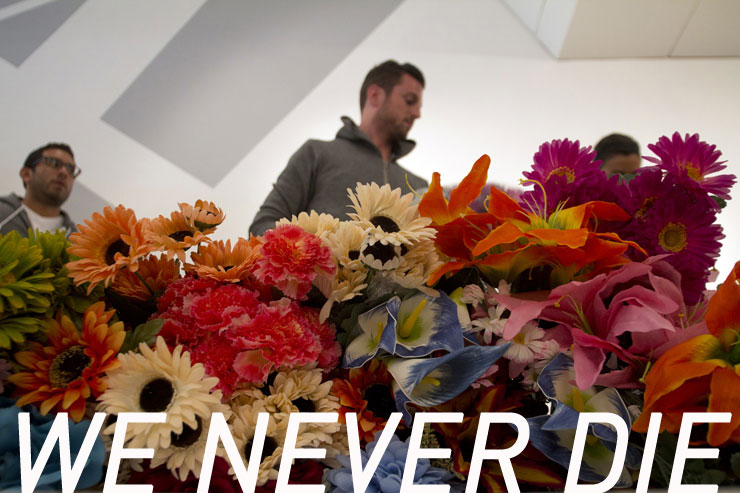 This is about reincarnation, right? Check out Design Matters, which opened a show by CYCLE crew last night to find out.

Now in it’s 3rd smashing week, this show in Venice has been getting lots of great visitors and conversations, mostly because the participating artists put so much of themselves into this densely layered show.

Names you know, and others you don’t – but you may hear more about in the future, all telling their New York Stories. 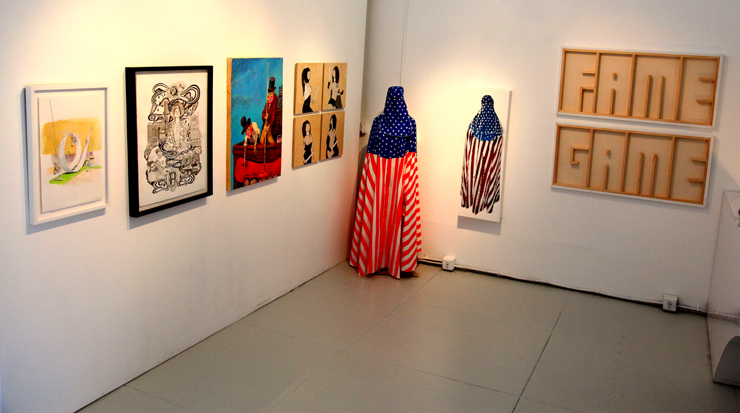 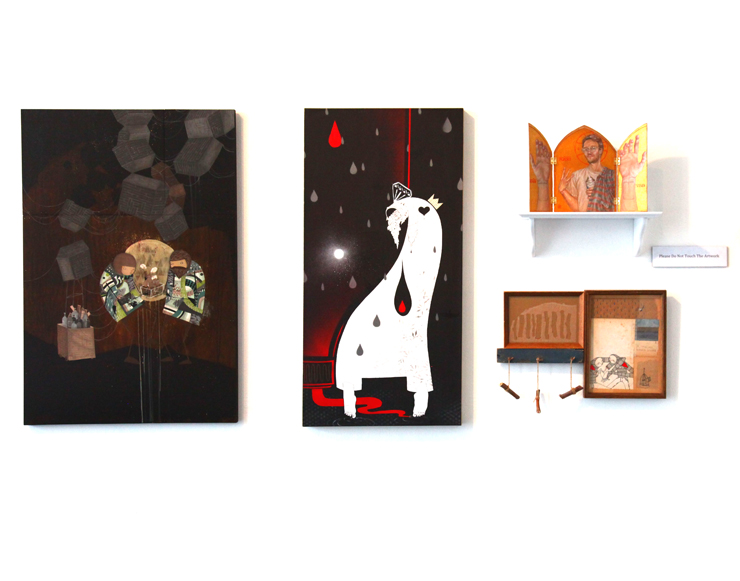 That Was FUN! “The Grassy Lot” Opening

Congratulations to Joe Franquinha and Liza and Crest Arts for putting together a very successful community-feeling event on the grassy lot last night. A LOT of people, a LOT of art, a LOT of fun conversations. And it didn’t rain! (Even though Joe was prepared for that too) Thanks to Keith Schweitzer of MaNY and all the artists who participated. Best guest we met? Joe’s mom, who raised her boy right.

Here’s a fun video Keith made:

Can you spot the big portrait by a street artist that has been featured on BSA in this video?

There’s a Sucker Born Every Minute: Re-creating the Cardiff Giant by Ty Marshal

Guerrilla Spam Creates "Usable Monument" to Teach About Seizing Land
The structure is not intended to be just admired, but it invites people to come in, walk, sit and play on it. Guerrilla Spam. "Usable Moment". Premio Antonio Giordano. Santa Cro- ce di Magliano, I...
Chip Thomas and "American Domain" at The Museum Of Capitalism in Oakland
An upside down American flag and a Navajo baby flying through the air. The two images appear in this new wheatpasted project from Street Artist/Activist Chip Thomas in Oakland California for American...
Images Of The Week: 12.08.13
Here is our weekly interview with the street, this week featuring 500m, Ainac, Bask, Bishop203, CB23, Edapt, Fin DAC, Hot Tea, Jilly Ballistic, Labrona, Leghead, Medico, Nester, Nico, Paul...
Invader: "Invasion Los Angeles" Book and "Into the White Cube" Exhibition
One thing that some Street Artists do when their work enters the white cube is drop the “street” from their official moniker, instead preferring to be known simply as an “artist”. The decision is poss...
BSA Images Of The Week: 10.18.20
Welcome to BSA Images of the Week. We're midway through the month and every one is puzzled by this surge of new corona cases - although the New York mayor says the numbers are plateauing. The pre...
Brooklyn Street Art Carlos Gonzalez CAVE Gallery Crest Arts Cyrcle Jaime Rojo Joe Franquinha Jon Foy Keith Schweitzer Narcelio Grud Resurrect Dead. The Mystery of the Toynbee Tiles Steven P. Harrington The Grassy Lot Ty Marshal Venice Beach