Clown Soldier’s “The Human Cannonball” Show in Chicago opened this Friday at The Pawn Works Gallery. Here’s a dazzling circus of images that illustrate the collage based art that Clown Soldier holds closest. 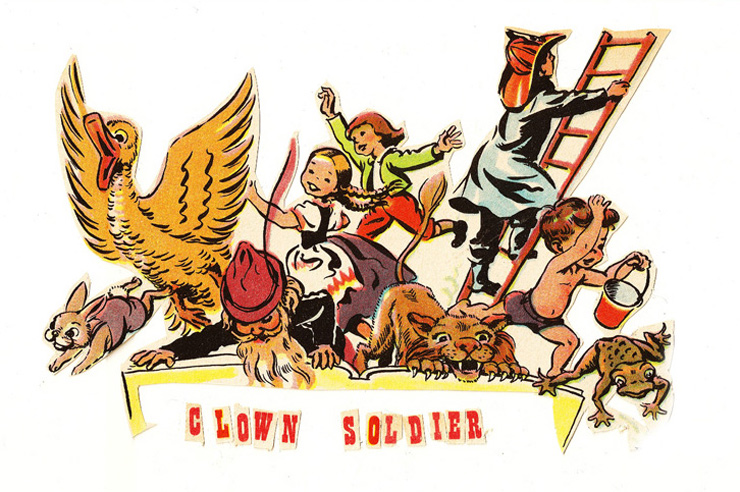 When the huge Clown Soldier wheat-paste first appeared on the street a about a year and a half ago (see Images of the Week 01.17.10),  few people understood that it was the result of a long process of selecting elements, combining, and re-combining to reach a sense of balance – Most of us just took it at clown-face value. Here are some images from the new show and a few behind the scenes pics for context. 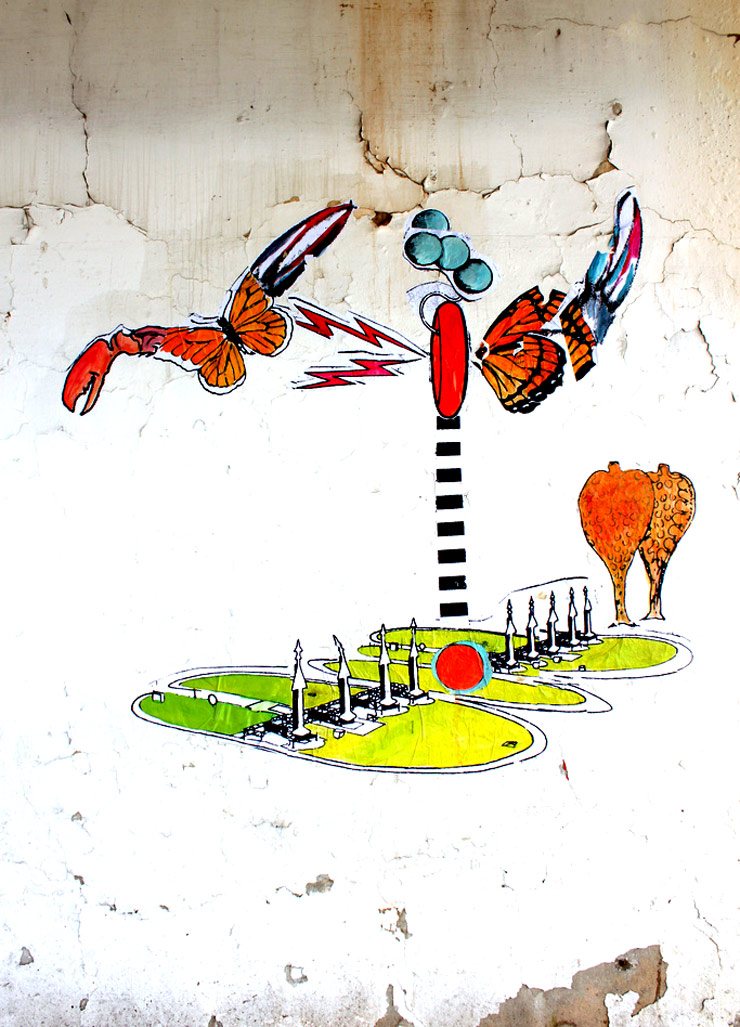 Brooklyn Street Art: So what do you do, how do you make these, what is the process?
Clown Soldier: I start with collage. I cut up thousands and thousands of pieces of imagery until something works. What’s great about collage is you come with things that you wouldn’t come up with if you were drawing.  So you cut up all these fragments, you know – it’s inspired by (William) Burroughs and it goes back to Picasso right? Anyway that process, you cut up these things and you put them together and not in a million years I would put these things together or come up with… so when I find this gem, this absurd thing. 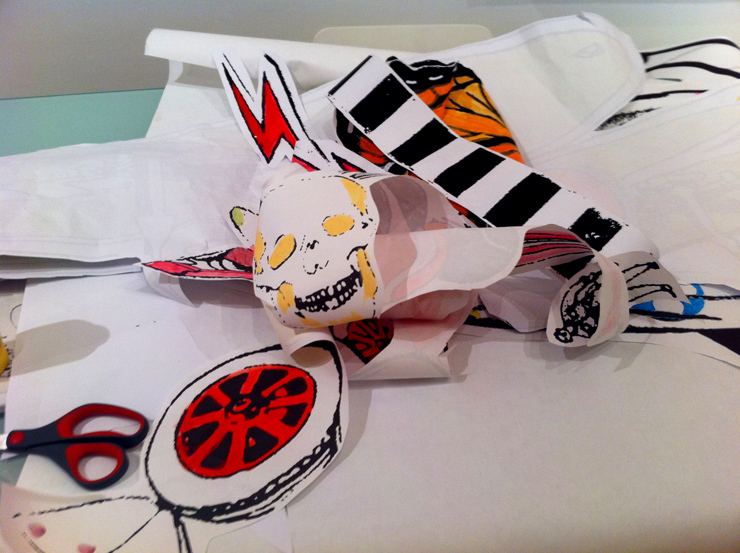 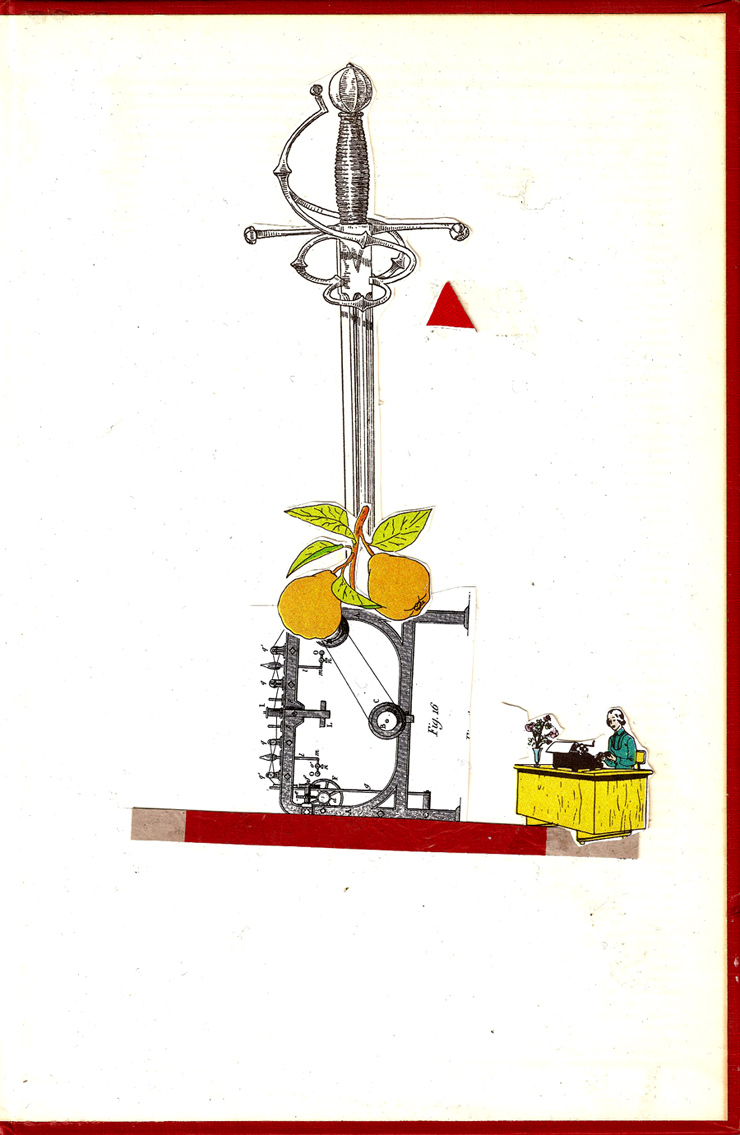 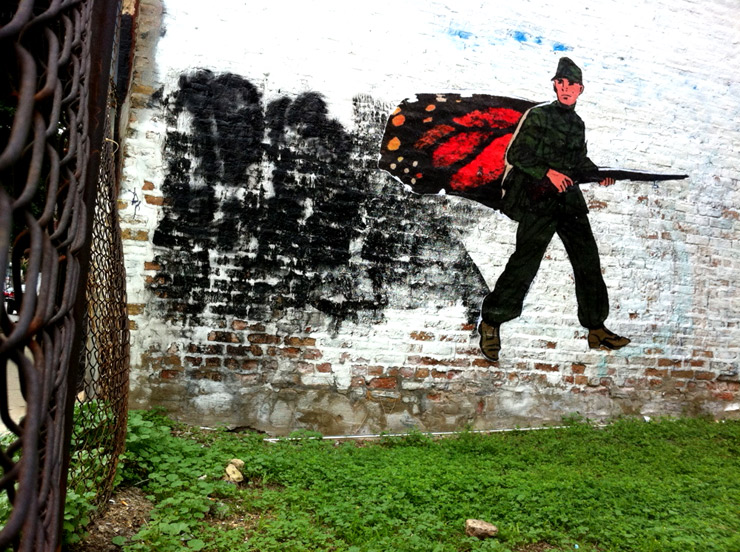 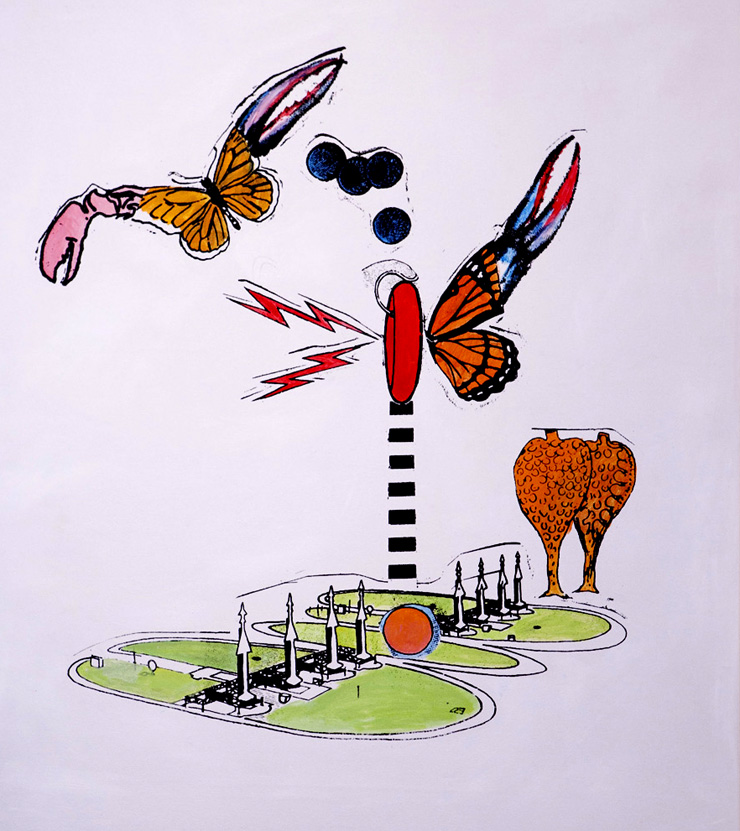 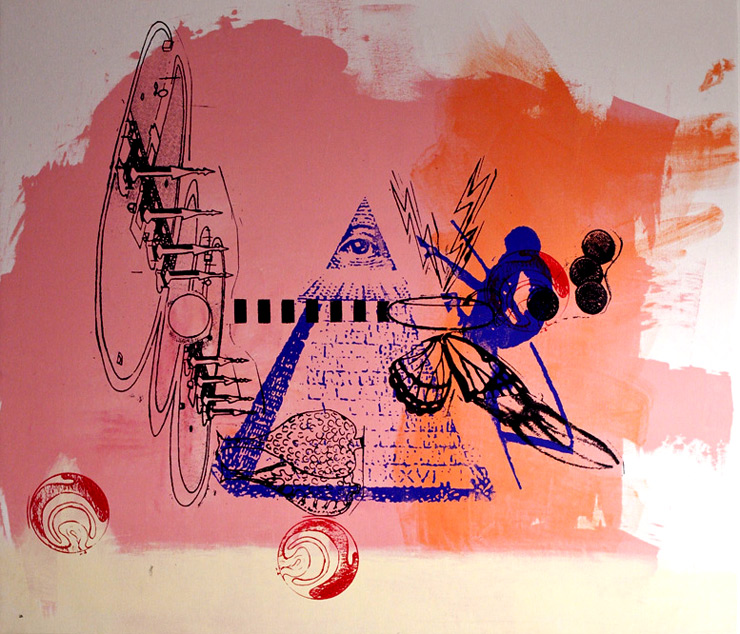 Clown Soldier “In God We Trust” (image © courtesy of the artist) 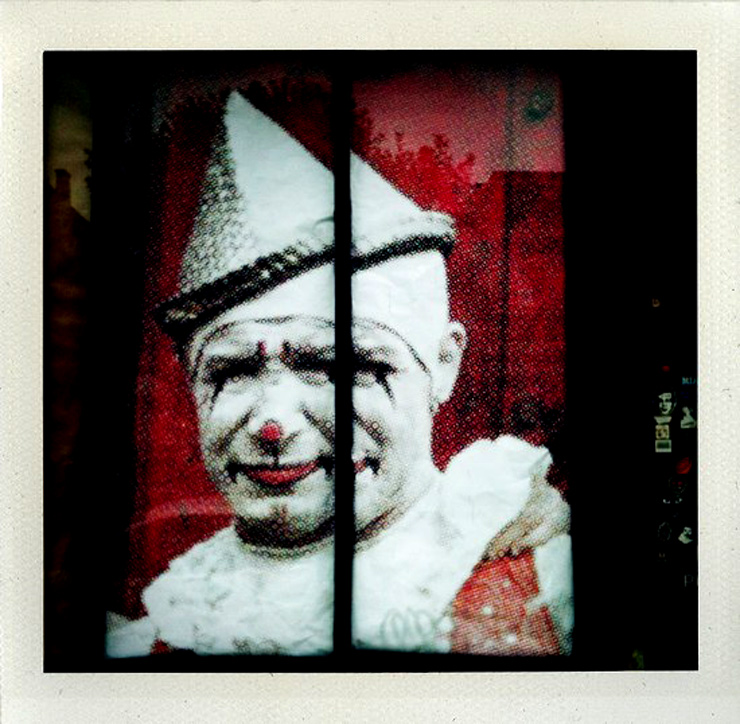 BIsser Eats His Greens in Heverlee, Belgium
Belgium Street Artist Bisser is back with mouth agape, this time poised to eat a bit of greens - which everyone should, in all frankness. He is in Heverlee for the Existenz festival and is foregoing t...
"Desordes Creativas" and Creative Desserts in the North of Spain
What’s for dessert? You may think of public mural festivals as the final dish that is pleasing to the eye and sweet beyond belief. DESORDES CREATIVAS (Creative Desserts) is a festival of urban art in...
Lee Quiñones Says, “If These Walls Could Talk”
“Shit man we were 15 years old,” Lee says while painting his train, “There was a bunch of us painting together, doing it solo, as a duo, or as a group.” Lee Quiñones at work on "Born From Many Apples...
MARUM Presents "MEXPANIA" and Miscegenation in Querétaro
Édgar Sánchez and Arcadi Poch may not simply be curators of the new initiative called Mexpania that merges the cultures of Mexico and Spain. They are social scientists, anthropologists, historians, a...
John Fekner Exchanges "MEMORY" with Brad Downey / Dispatch From Isolation # 43
As you watch and wait to see the festering uprisings of workers and the growing crowds of poor and hungry in the US, we take you back to Friday, which was Labor Day in Europe. It was also the release...
Brooklyn Street Art Chicaco Clown Soldier ILL Jaime Rojo Pawn Works Gallery Steven P. Harrington