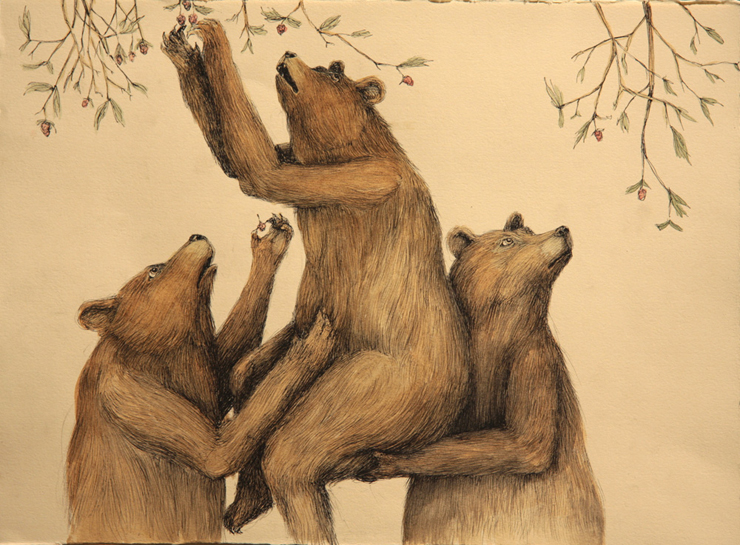 Erica-il-Cane (Photo courtesy of the gallery)

FIFTY24SF Gallery, in association with Upper Playground, is pleased to present a solo exhibition by Italian street muralist and fine artist, Erica il Cane, entitled, We Were Living in the Woods. The exhibition will be the second solo show that Erica has held in the United States.

As a major contributor to an increasingly progressive and elaborate street art and mural movement occurring in Europe over the past 5 years, Erica il Cane (translating to “Eric the Dog”) gained international recognition for his anthropomorphic building-sized animal murals throughout Italy and the continent. With fellow contemporaries Blu, Sam3, Escif, and San, Erica’s large-scale murals have been viewed as fine art done within the public’s view. We Were Living in the Woods will feature works on paper and on-site installations.

Born and studied in Bologna, Italy, Erica’s evolution to gallery work has seen depictions of animals in unique, human situations rendered in Victorian-like style illustrations, etchings, and short animated films. The art is often described as imagery from a dark fairy tale, in which animals are shown within the darkness of human nature, focusing on themes of alienation, satire, existentialism. Both gallery and mural work has also been hailed as influential works advocating vegetarianism and animal rights.

Erica il Cane has shown throughout Europe, including Lazarides Gallery, Banksy’s Santa’s Ghetto, the Fame Festival, and gallery shows in Milan, Rome, London, and Barcelona. He has also shown in Los Angeles and Chicago.    “We Were Living in the Woods” will run from November 11th – December 30th, with an opening reception on Thursday, November 11th, from 7:30PM – 10:00PM. 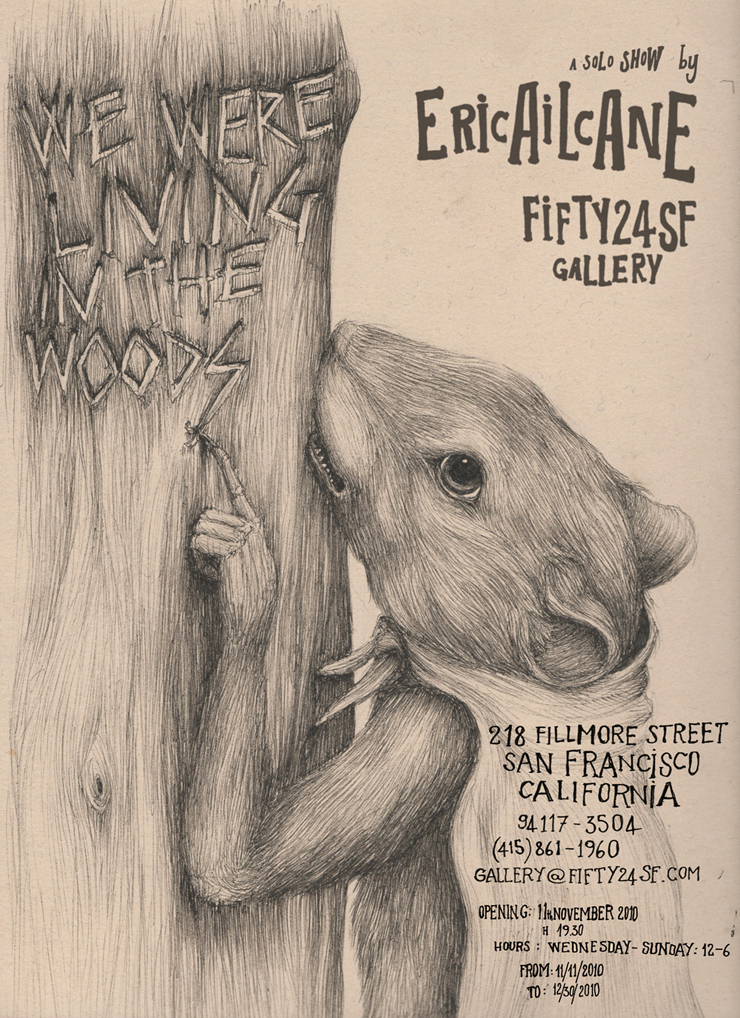 BSA Images Of The Week: 06.24.18
As upbeat as celebrations like today’s LGBTQ Pride events are here in NYC, they are rooted in defiance of the suffocating unjust norms that entrapped people in this city and across the country f...
BSA Film Friday: 12.01.17
Our weekly focus on the moving image and art in the streets. And other oddities. Now screening : 1. Rough Cut of Haring on Train in Mexico City (DF) 2. Niels Shoe Meulman in Magic City 3. Carl...
Etnik Splashes a Watery Icosahedron in Jacksonville, Florida
“If you look on the map, Florida is like Italy, all surrounded by water,” says Etnik as he finishes this new spatial composition of geometrical forms. “Ocean, river, fishes and everything that is in t...
Street Art Sancocho : "ArteSano Project" Brings Dominican Flavor (VIDEO)
New Year, new mural festival!  Truthfully, the appearance of new mural festivals today is faster than annual – it’s more like quarterly – but this one in the Dominican Republic was inaugurated thre...
Andreco: Reclaiming Air and Water for Delhi, India "Climate 05"
An Art, Science and Climate Action project by Andreco Andreco. Climate Art Project. In collaboration with St+ART India Foundation. Delhi, India. March 2019. (photo Akshat Nauriyal) “ANDRECO pa...
Brooklyn Street Art CA Erica Il Cane FIFTY24SF Gallery San Francisco