The Fall Season Begins in New York! Feeling a bit anonymous in the big sea of fish that is New York? Go to DUMBO Brooklyn for a quick little blast of the hometown crowd and check out Iconography tonight on your way to the loft party/roof party/dance party/fashion show you are surely going to.  Showing new stuff tonight will be Matt Siren, Royce Bannon, Veng & Chris from RWK, 2Esae & SKI From URNewyork and Peat Wollaeger (stenSoul) 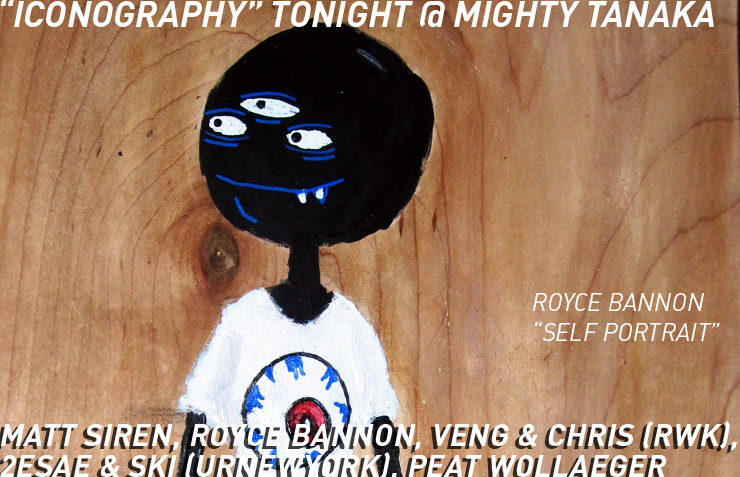 See Subway Trains Before They’re Dropped in the Ocean

As part of Williamsburg’s Every 2nd gallery openings tonight, The Front Room is showing the amazing NYC subway train photographs Stephen Mallon shot in  “Next Stop Atlantic,” an exhibition of photographs by Stephen Mallon. The stunning series captures the retirement of hundreds of New York City Subway cars to the depths of the Atlantic Ocean. 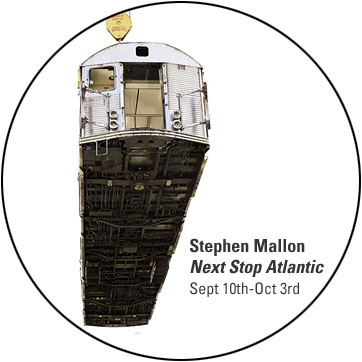 THE JEWISH COMMUNITY CELEBRATES THE ARRIVAL OF YEAR 5771.

School started this week and just as the last fast of Ramadan is breaking here in Brooklyn for our Muslim brothers and sisters, the Brooklyn Jewish community is celebrating the arrival of year 5771 which marks the creation of earth and heaven by God.

BSA would like to celebrate and honor freedom of religion in NYC and invite you to enjoy these images that mark the start of the celebrations taken at dusk last night by Jaime Rojo. 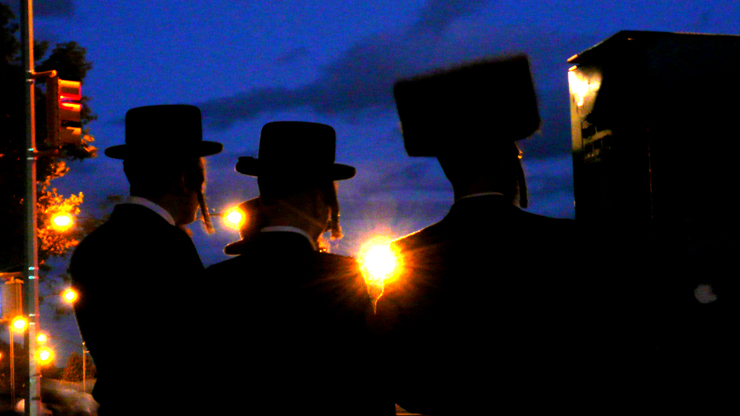 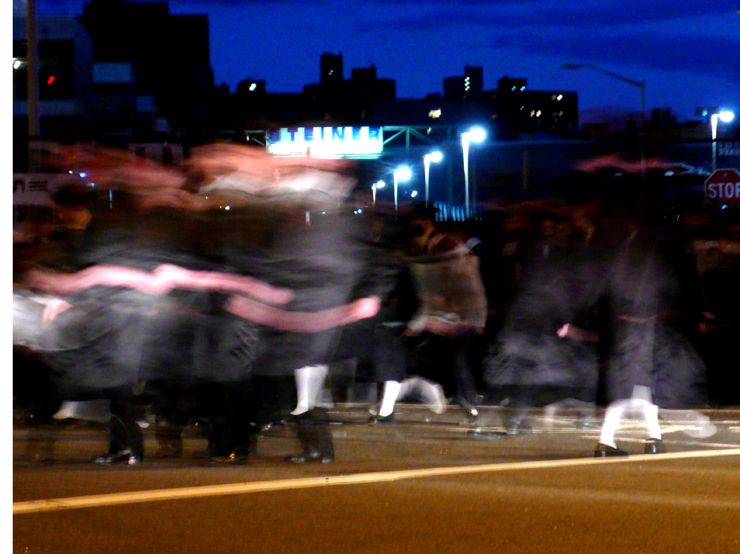 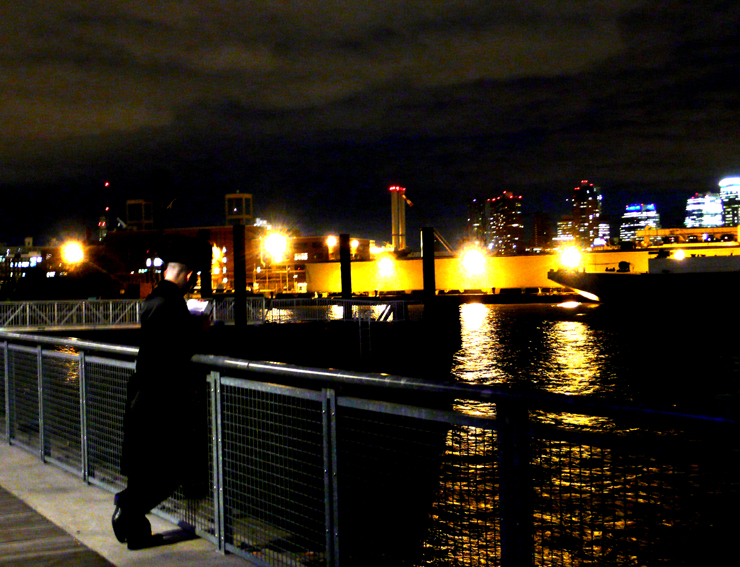 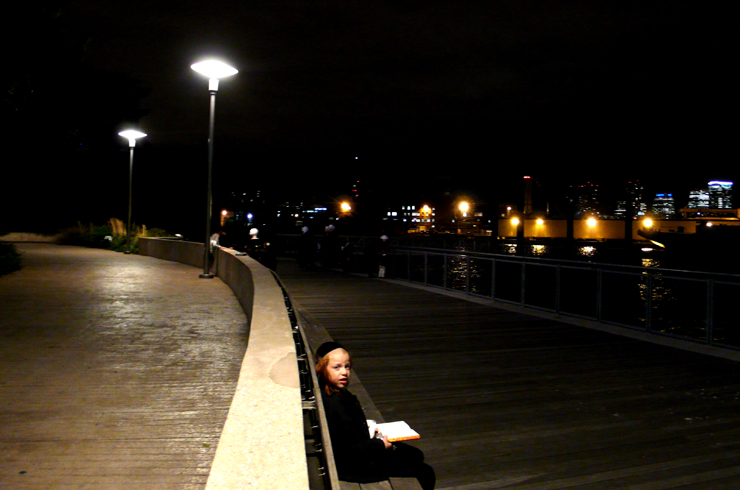 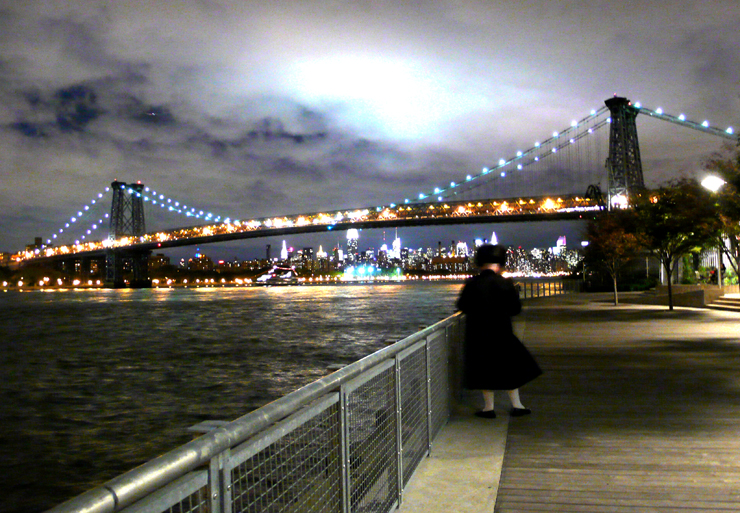 The Beat of New York

Visitor Thomas Noesner was in New York a couple of weeks ago for a media project and took some time off to hit the streets and subway with his video camera – always rich trolling no matter the time of day or night.  Combined with a drum sequence and soundtrack from sound designer Toussaint, they produced a rather slick video montage of NYC in the summer. It’s a fitting tribute to the spirit of the city.

"Love in a tough time": Crash x Joe Iurato at Welling Court 2020
"And now these three remain: faith, hope and love. But the greatest of these is love." Graff train writer, street artist, and studio artist CRASH invokes a Bible verse (1 Corinthians 13:13) here t...
The 2018 Roster for Contorno Urbano 12 + 1 at L' Hospitalet De Llobregat
The tenacious and hard working Esteban Marin and the whole team at Contorno Urbano in Barcelona have announced their line up for the third edition of their project 12 + 1. With artists drawn from a v...
"Beyond The Streets" On Paper Opens in Southampton
This time of year, it is hard to find people in Manhattan on the weekends – they’re “weekending” in the Hamptons, darling. Khari Turner, Hands Not exactly the original setting you might associa...
Bayonne Diary, From Alban Morlot's Point of View
Here in Basque country you can casually drive between Bilbao (Spain) and Bayonne (France) as if you were just heading out to the shopping mall to buy new kicks. The signs of course are in multiple la...
Capturing Energy and the Figurative Cosmos Acording To Dustin Yellin
Countless elements pulling together into one form, directed by will, energy. Science tells us that we are matter, theologians say that we are spirit. Today we accept that humans are energy. Some inna...
2Esae & SKI From URNewyork Brooklyn Daniel Aycock EID Front Room Front Room Gallery Jaime Rojo Matt Siren Peat Wollaeger (stenSoul) Ramadan Rosh Hashanah Royce Bannon Stephen Mallon Steven P. Harrington Subway Subway Cars Thomas Noesner Toussaint Veng & Chris from RWK Williamsburg Williamsburg Gallery Association Year 5771