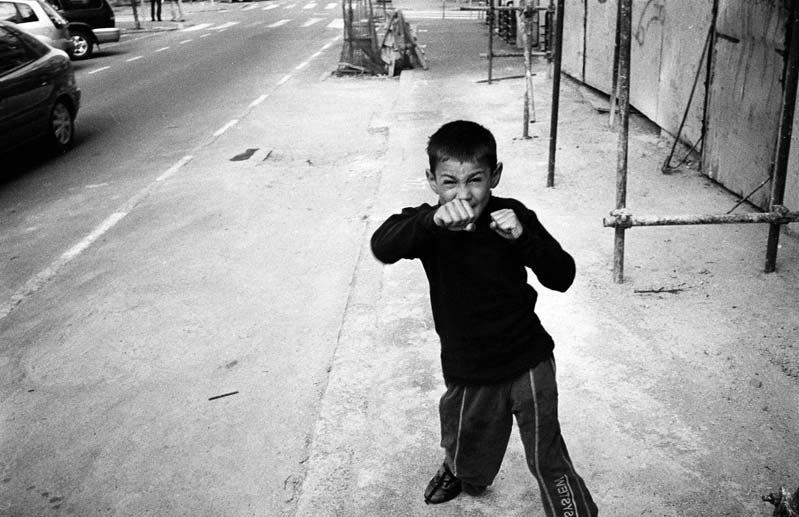 Carmichael Gallery is pleased to present THE UNCOVERING, a powerful cross section of new photography by Serbian native Boogie. The exhibition comprises a series of limited edition silver gelatin, chromogenic and archival pigment prints whose thematic material considers the space, sensation and narrative depth between endings and new beginnings.

There will be an opening reception for THE UNCOVERING on Saturday, July 10 from 7 to 9pm with the artist in attendance. The exhibition will run through August 7.

Born and raised in the city of Belgrade, Boogie emerged as a documenter of Yugoslavia’s civil
war of the 1990s, capturing through his lens the realities of the violent rebellion that ransacked the nation around him. These early experiences shaped his intensely sober artistic voice and dark perspective of human existence. Upon moving to New York City in 1998, this attraction to hardship and chaos transitioned to a visual exploration of the streets and homes of Brooklyn, presenting gang members, prostitutes and junkies in an astonishingly honest, familiar manner.

Subsequent journeys have taken him to cities such as Sao Paulo, Tokyo, Istanbul, Cuba, and
Mexico.

THE UNCOVERING is both an extension and a departure from Boogie’s previous bodies of
work, reflecting a new phase in his personal life and professional evolution. Having recently
returned home to Belgrade for the birth of his son, his experimentation with new color palettes in several of his works engenders a potent sense of renewal. The vibrancy of these photographs enhances the dialogue initiated by the breathtaking black and white portraits for which he is more widely recognized.

Boogie’s reach in THE UNCOVERING is broad, but cohesive – images of vandalized property, storm clouds, public housing, youth and the elderly both stand alone and chronicle a more extensive, multi-layered story. As a photographer, Boogie is singular in his ability to remove his presence as the mediator between the subjects of his work and those viewing them from without.

His illumination of the complexity of the human condition without the imposition of his
own ego or ideologies presents a more compelling foundation for the contemplation of his
weighty subject matter and the socio-economic, philosophical and emotional currents that press from beneath.

Prior solo exhibitions have taken place in Paris, New York, Tokyo and Istanbul, however Boogie claims that his biggest achievement to date is being a father to Maya and Aleksandar, the two most photographed children in the world. 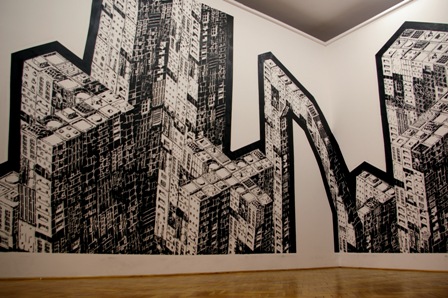 M-City Image Courtesy of the Gallery

a showcase of new work by M-City

The exhibition is open to the public through August 7 2010

Carmichael Gallery exhibits works by some of the world’s most exciting emerging contemporary artists, with a focus on narrative and figurative painting, mixed media and sculpture. This is the gallery’s first solo exhibition of photography.

Dan Witz is Doing Dark Things in West Hollywood
You’ve walked by his work a hundred times on the street in plain view.  No really, you probably have, and didn’t know it.  Dan Witz specializes in detailed work that when fully realized, can be be e...
Eating Plastic with Louis Masai, Whales, Sharks in Cape Cod and L.A.
These Animals Are Eating All the Plastic You are Throwing Away. Yuck. London Street Artist Louis Masai has just returned to the US to do three murals – one in alliance with the Right Whale Rese...
Got the "Missing Berlin Blues" : Urban and Contemporary
Exactly a year ago we were in Berlin as invited guest curators by Urban Nation Museum's Director Yasha Young to curate the 7th Edition of Project M.  Our exhibition, "Persons Of Interest" was aestheti...
"Coachella Walls": Date Farmers Raise Profile of "Anonymous Worker"
Seriously, like Coachella is NOT even like in Coachella. It’s like in Indio. True story. The annual concert festival that brings legions of middle class to somewhat affluent feathered fringed bikini ...
BSA Images Of The Week: 06.22.14
It's not all going to the dogs, peeps - it just looks like it sometimes. We start this week with a ferocious one from Zimer, and follow it by a chihuahua that it could probably e...
Boogie CA Carmichael Gallery Culver City M City