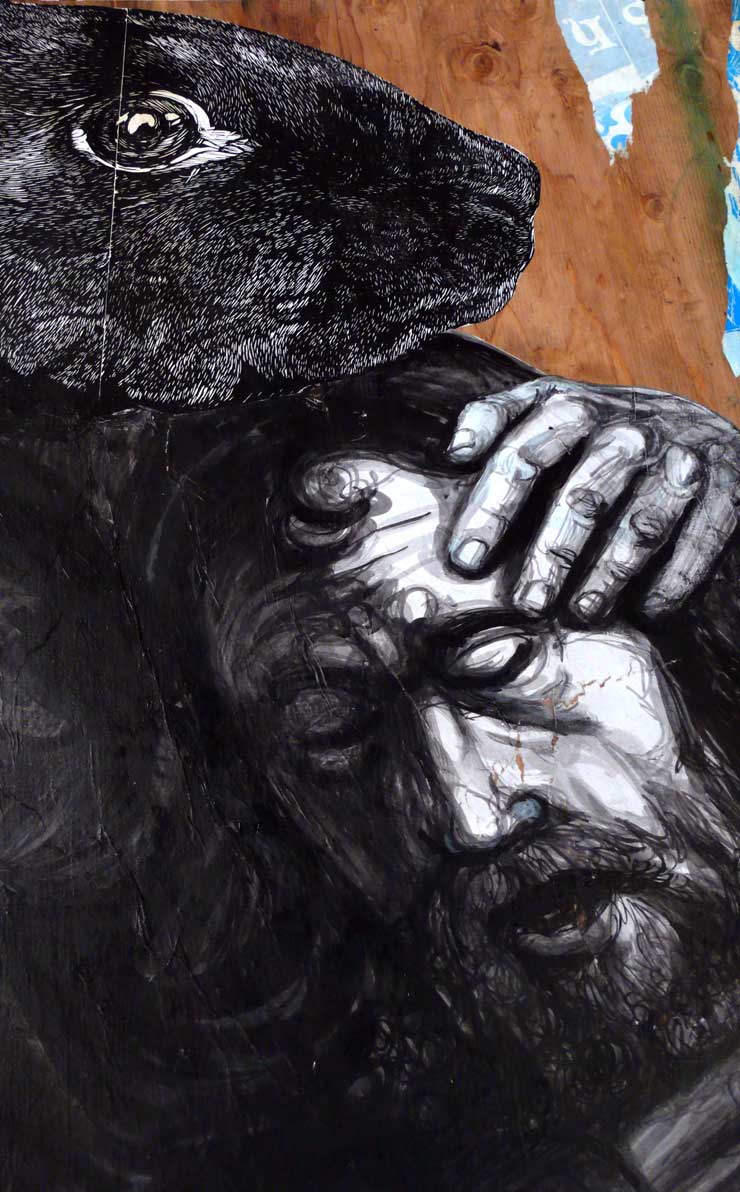 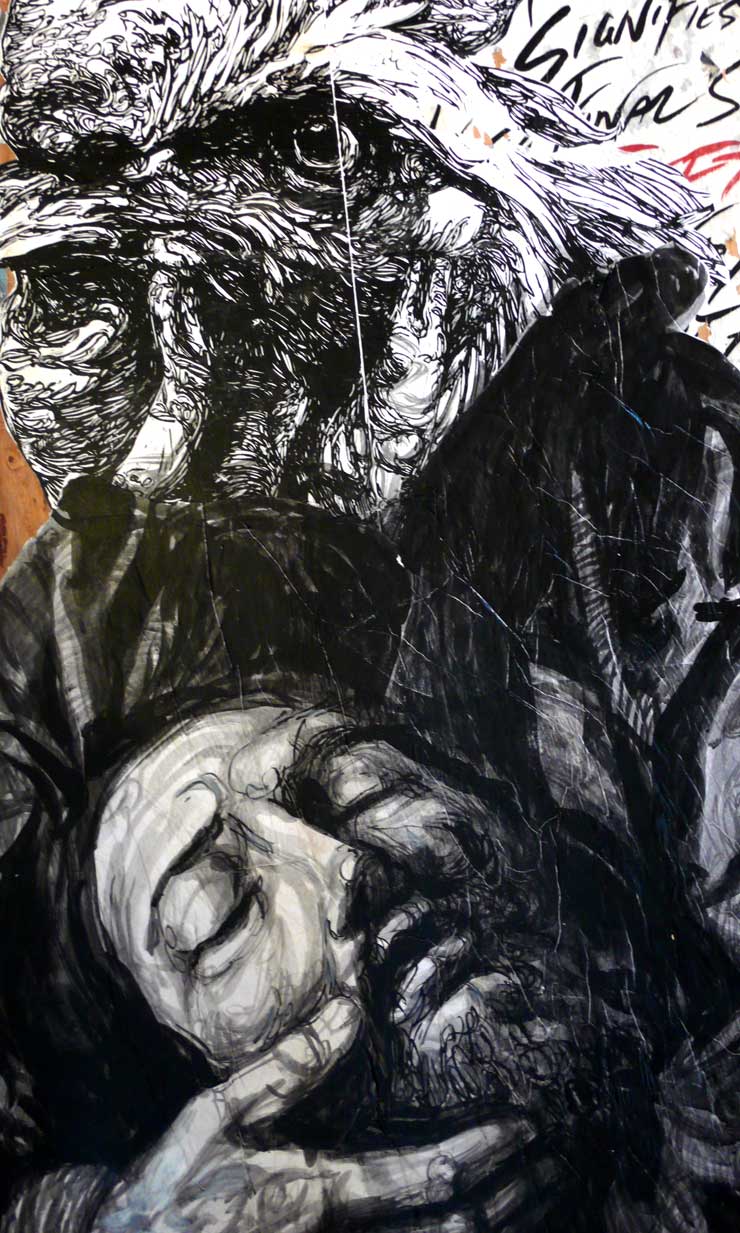 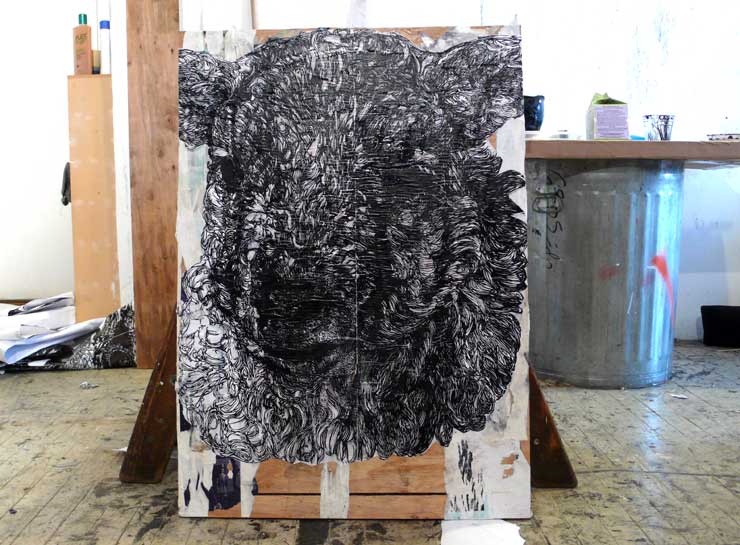 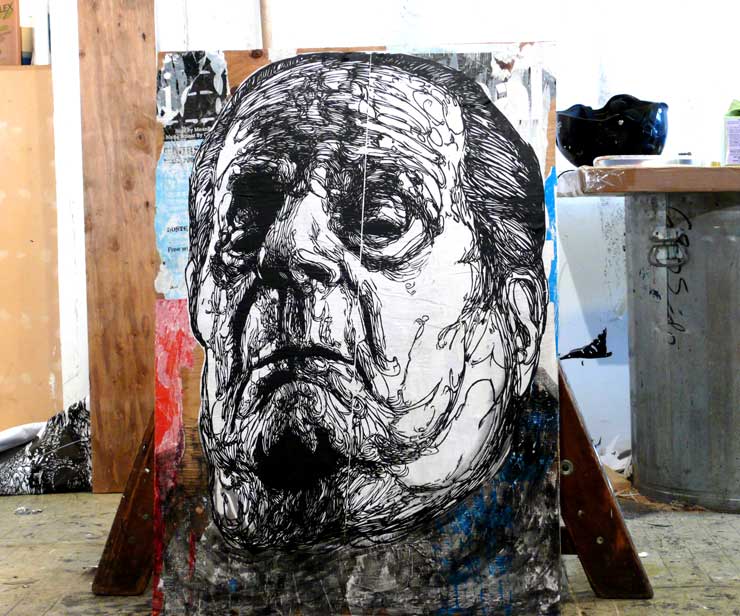 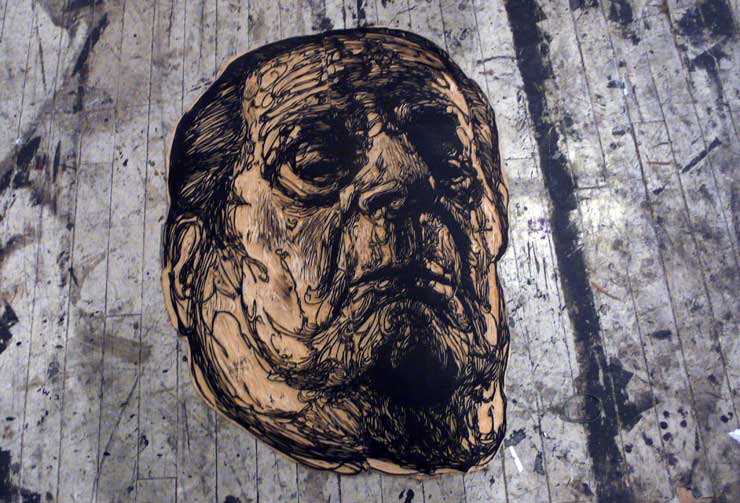 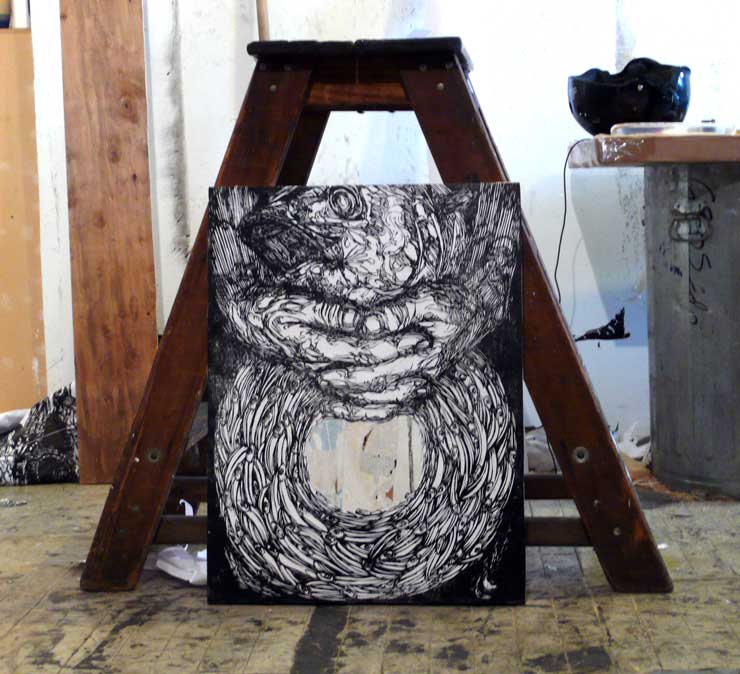 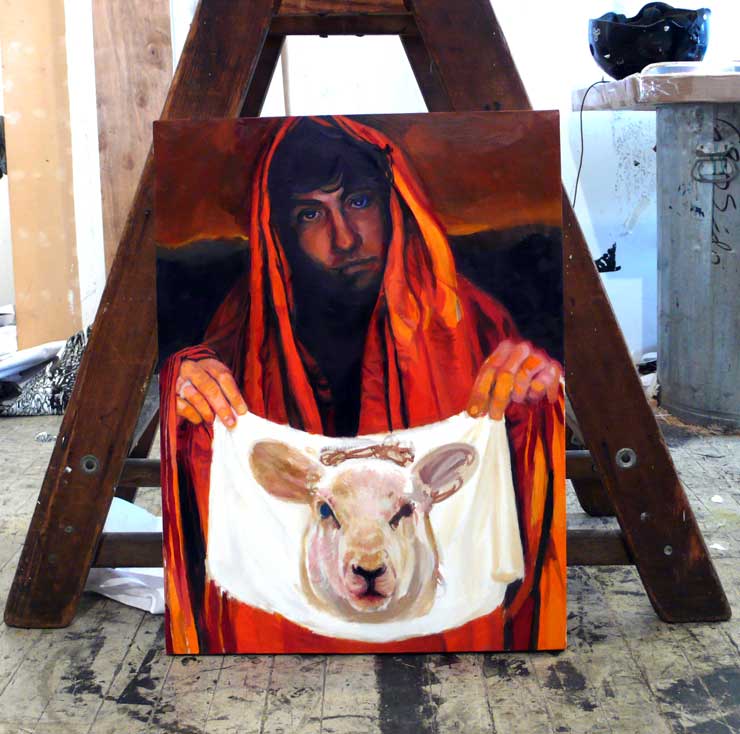 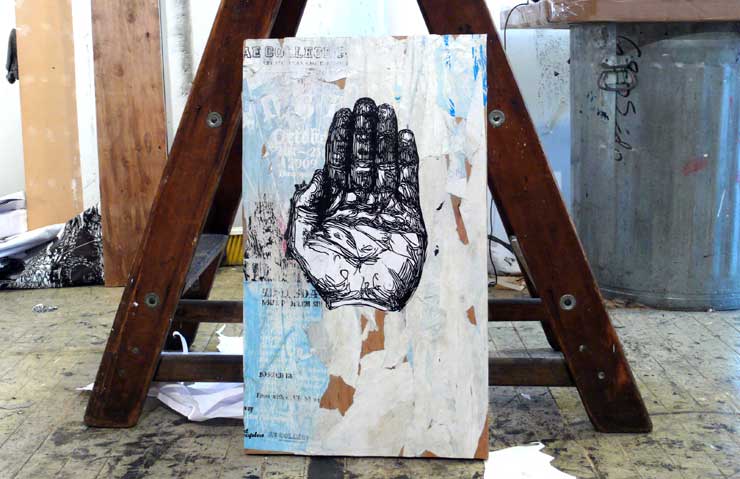 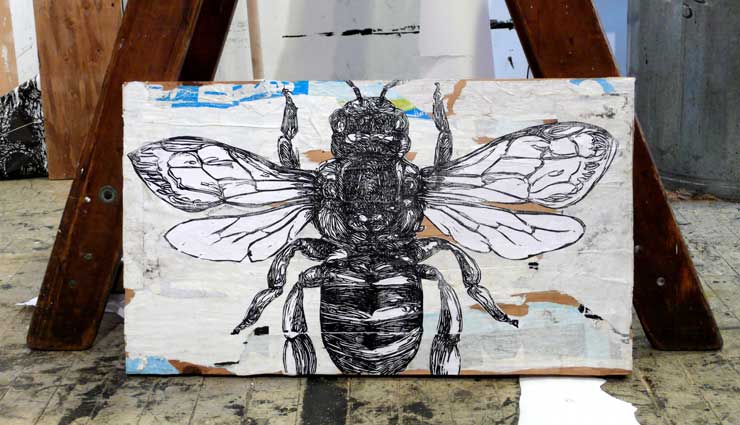 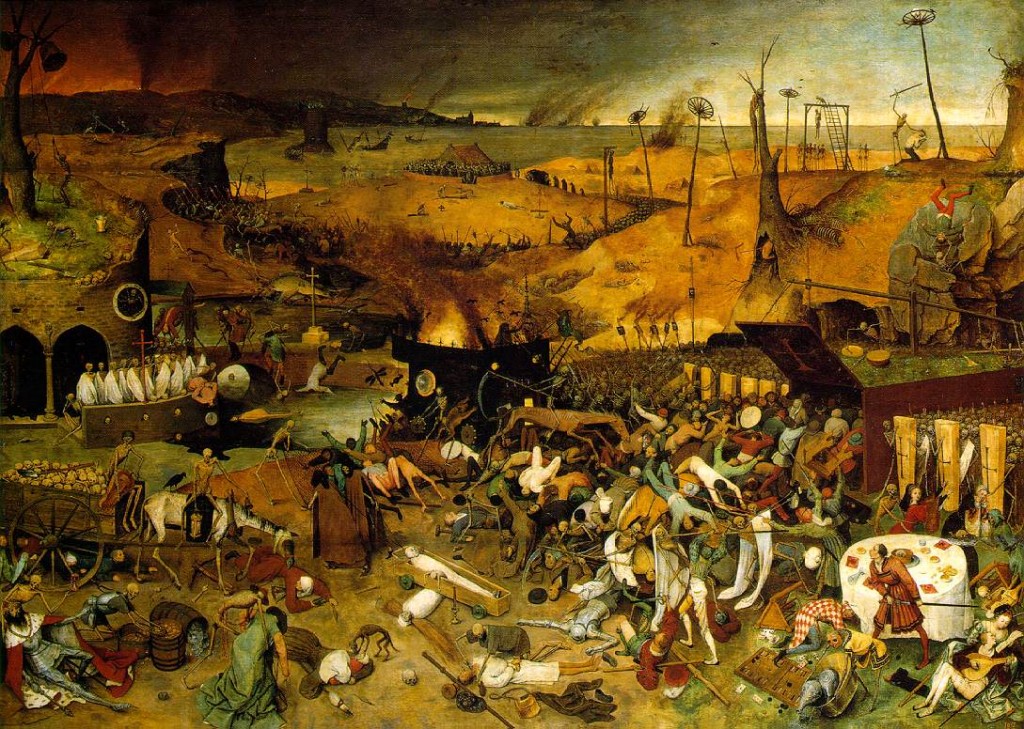 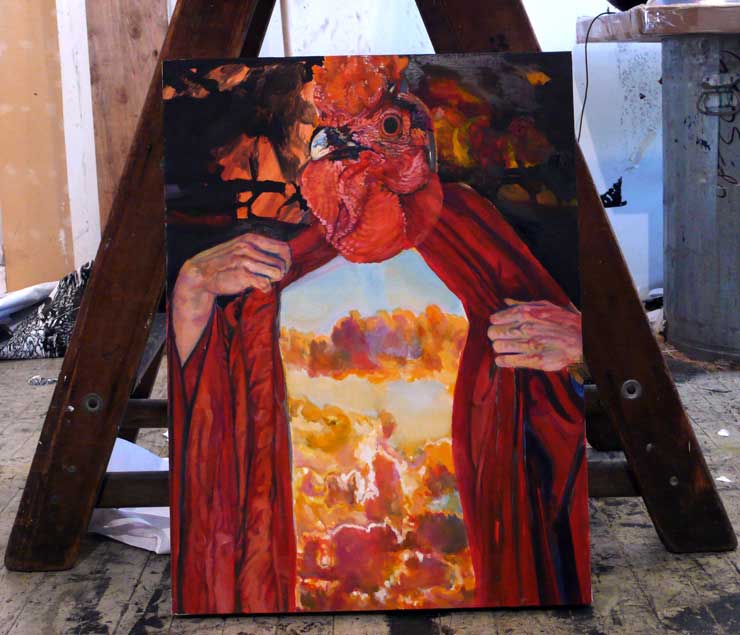 ASU Calligraffiti and Contorno Urbano
“Leave the rationality of your brain and listen to your heart, what you feel, what vibrates,” recommends ASU, the muralist painting the Contorno Urbano wall in Barcelona this month. ...
Skount, Laguna and Cerezo and Their Delusions of Quixote
“When life itself seems lunatic, who knows where madness lies? Perhaps to be too practical is madness. To surrender dreams — this may be madness. Too much sanity may be madness — and maddest of all: t...
BSA Film Friday: 11.04.22
Our weekly focus on the moving image and art in the streets. And other oddities. Now screening:1. The Wanderers - Guido van Helten. A Film by Selina Miles2. Leon Keer. "Misfit"3. Duality: A gr...
One Street Portrait a Day: Artist Mel Waters Celebrates Black History in San Francisco
“There are some beautiful people out there that have left the world better off.  I'm glad I could share some of them over Black History Month, one portrait at a time,” says Mel Waters when talking abo...
Arantxa Recio Parra in Oviedo for Parees Fest 2020
With a mural that she says is inspired by traditional Asturian tales Arantxa Recio Parra employs additive and reductive 2-D shape painting strategies in public space. With painting technique that may...
Bosch Boy Wander Caravaggio Gaia Guido Reni Inconvenient Truth Irvine Cotemporary Gallery Jaime Rojo Just Seeds Lamb of God M Arch Panda Bear Pieter Bruegel the Elder Plato Questlove Roger Waters St. John Steven P. Harrington Urban Romantic Washington DC