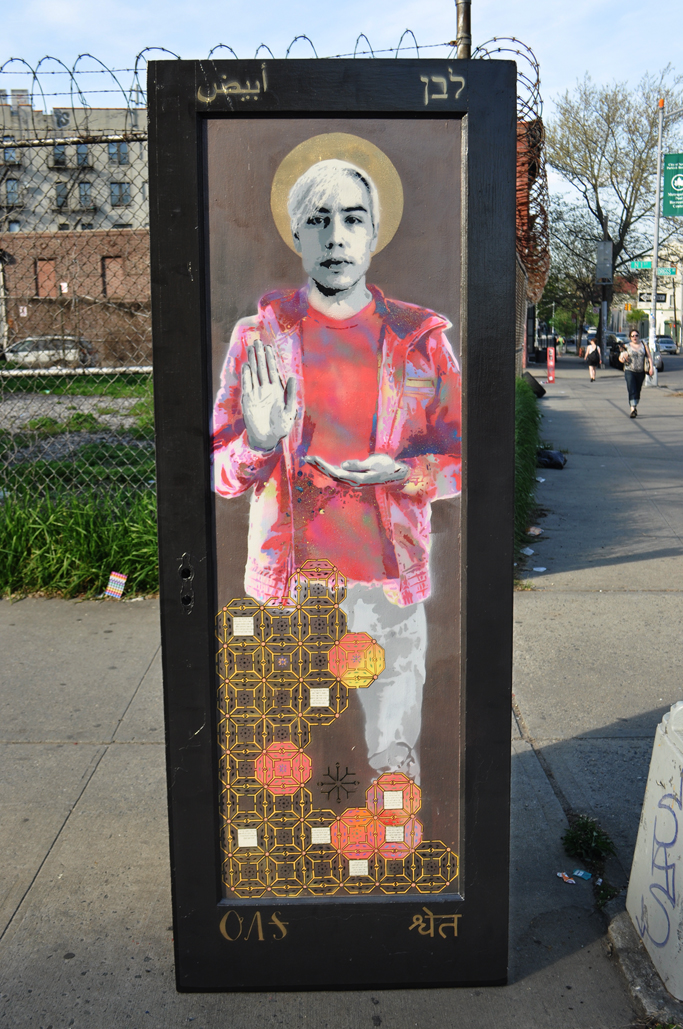 Images Of The Week: 11.24.13
Here is our weekly interview with the street, this week featuring Ainac, Bunny M, F. Caba, Kitty Kitty, Mgr Mors, Mr. Styles, Mr. Prvrt, Mr. Toll, Never, Owen Dippie, Reka, Sarah Rutherfor...
BSA Images Of The Week: 11.22.15
Here's our weekly interview with the street, this week featuring Carcioffola, Cern, City Kitty, COST, ENX, Invader, Isaac Cordal, Le Diamantarie, London Kaye, MSK Crew, Otto Osch, Sean 9 Lugo, Spa...
BSA Images Of The Week: 11.15.20
Happy Diwali to all our Hindu neighbors here in Brooklyn and around the world. We hope you find some ways to celebrate safely over the next few days in this year of COVID-19. Diwali is a festival...
Electric Windows: Thundercut and Street Art in "North Brooklyn"
Together with new neighbors and old friends from back in the city Thundercut are steadily creating a cultural festival built around one of their first loves: Street Art. The Street Art couple k...
"A Hounding Obsession": Armer, DarkCloud, Deeker, and GoreB at Factory Fresh
Interview with the artists; Talking about New York, dumpster diving for canvasses, hidden spots, and hounding obsessions. "A Hounding Obsession"  is a great name for this show because it aptly ...