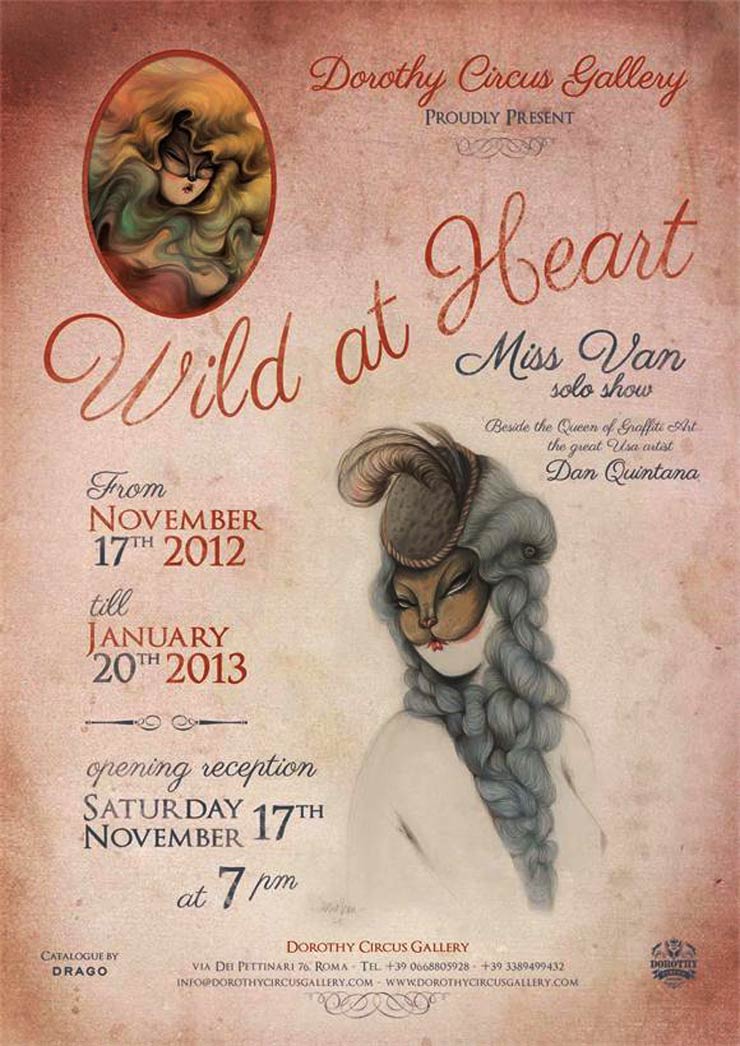 “This whole world’s wild at heart and weird on top” (David Lynch)
Masked muses cling to one another like accomplices, embodying the wild nature of love as sweet tears openly flow down their faces; their swollen, blood-filled lips throbbing like hearts as they whisper their secret bliss. In the warm realms of the mind, suspended in memory, more intimate and personal than ever, Miss Van returns to the essence of the genetic code of seduction: a combination of feminine delicacy and animal instincts, amalgamated in a potion that both poisons and rejuvenates its devotees, sip by sip. Their faces concealed, these disturbing Venuses are both victims and predators, living their lives according to their instincts and feelings. Feeding off her own truth, able to release it only from behind her mask, Miss Van’s muse, just like an innocent Messalina, falls into a tangle of narrow bodices and strings, in a game of self -seduction which simultaneously reveals her as both queen and prisoner of her own role. In its own contemporary way, the art of Miss Van traces the taste of a metaphorical dance with female nudes reminiscent those painted by the likes of Klimt, Frida Kahlo and Lempicka. Moods and modern costumes are given a place of honour as soft bodies entwine and the fierce, burning character of a wild animal alter ego rears its head. Always fleeing from the dictates of Street Art despite being its appointed luminary, Miss Van continues to bring us her unique and unbridled vision, shaping the iconography of the modern femme fatale. In her own inimitable style, she is once again both the romantic tamer and sassy ballerina of the surreal circus that is the art of our times.