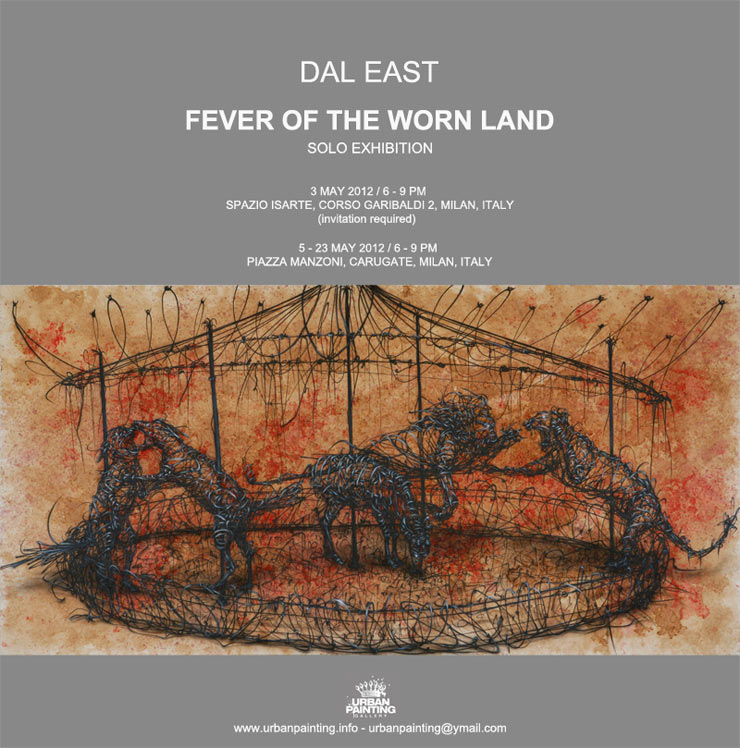 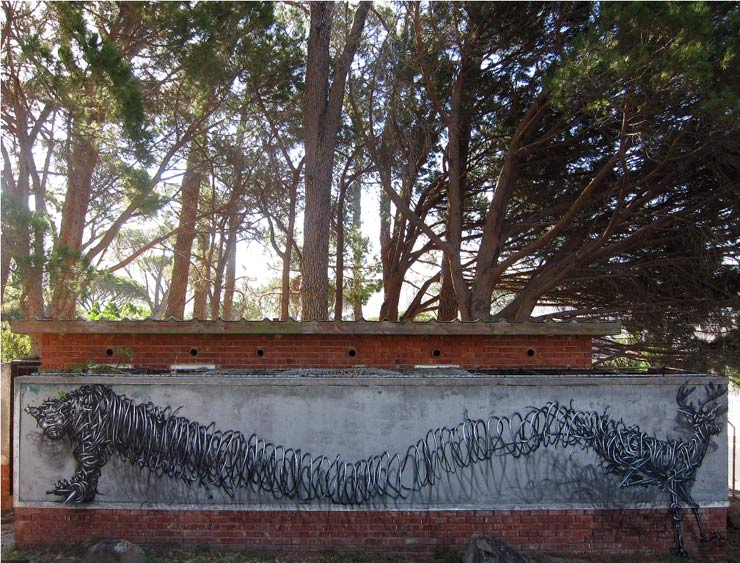 URBAN PAINTING GALLERY is pleased to present “fever of the worn land“, recent works by artist DAL EAST, in what will be his first ever solo exhibition.DAL EAST was born in Beijing, China in 1984 and is currently based in Cape Town, South Africa.
He studied sculpture at the Institute of Fine Arts and began doing street art at 2004 under the alias DAL. He is inspired by the way the material world revolves, how the spiritual world unfolds, life’s emotions and the infinite space around us. He uses different mediums, methods, disciplines and spaces to create his works.Fever of the worn Land.

The city, inhabited by ghosts, has disappeared, abandoned buildings are melting down, returning to the earth.
Fever is coming from a worn land, crossed by animals that seem to have forgetfullness of the human being.

This is the work of DAL East, Chinese street artist, born in 1984.
One of the most promising artists of the new international scene. Painter, photographer, sculptor and video maker, the work of DAL is representative of a new season in street art.
He is taking from contemporary art a multidisciplinary approach and a critical vision and combining it with the spirit of urban art that plays with architectural elements and perspectives.

With ink, brush and spray, DAL starts an incredible journey into the possibilities of art, giving shape and substance firstly to feelings, around which bodies are brought to life.
In his works we can find a gesture that seems a deliberately continuous path. The technique of the sketch becomes the matrix through which DAL has developed a new visual alphabet. The choice is clear, to describe the breath of life, the physical energy hidden in the relationships between elements, being it dark omen or intimate glow.

It may seem an attempt to focus on change and DAL’s work contains a reflection on the balance of power through the composition, representing the empty space, leaving emotions uncovered.