The sheltering sky is huge in Navajo country, and city slicker Street Artists have room to expand their minds and their imaginations when they get out to see the landscape dotted by occasional man-made structures. Jetsonorama and Yote invited a handful of them to come out and meet some local artists and the folks who live here.

By meeting the business owners and community members who invited them to create work on their buildings, the artists learned a little about local customs, their histories, and relationships. According to Jetsonorama, the guys appreciated that this project wasn’t about big walls with lots of exposure and were interested in connecting with people and the land to inspire their work. The resulting collection has a character and context very specific to the culture and the qualities of life here. 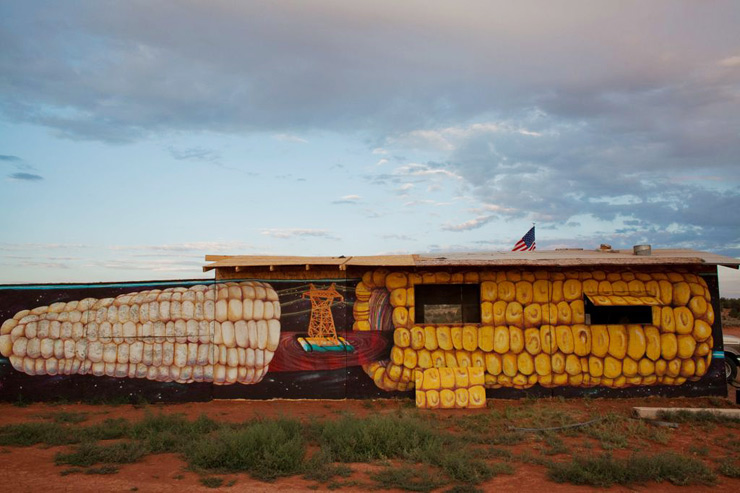 Overunder. White and yellow corn are symbols that play into the creation story for many native people. Overunder incorporated those symbols with the power lines that punctuate the sky here. (photo © Jetsonorama) 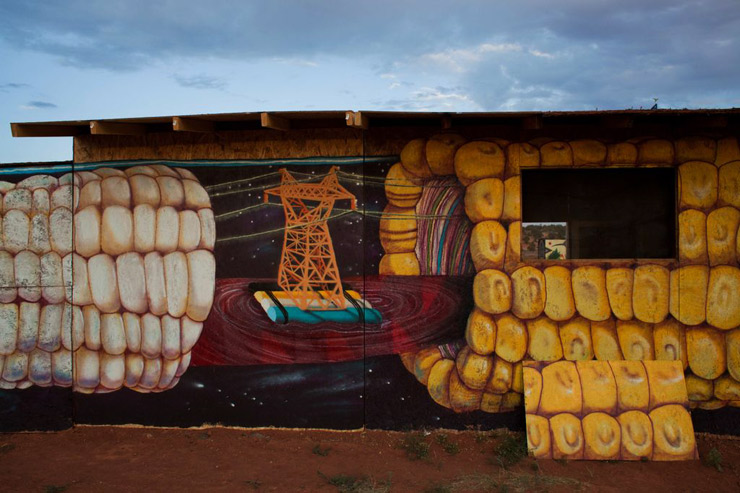 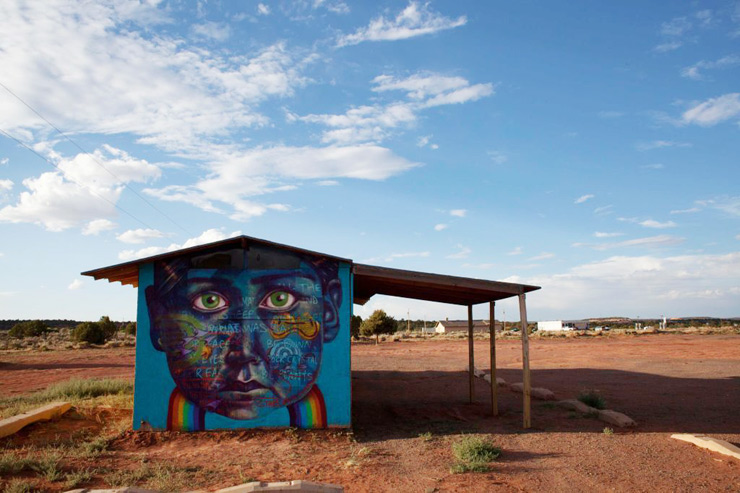 Overunder added a rainbow to encourage rain. Shortly after he finished it, the sky obliged. (photo © Jetsonorama) 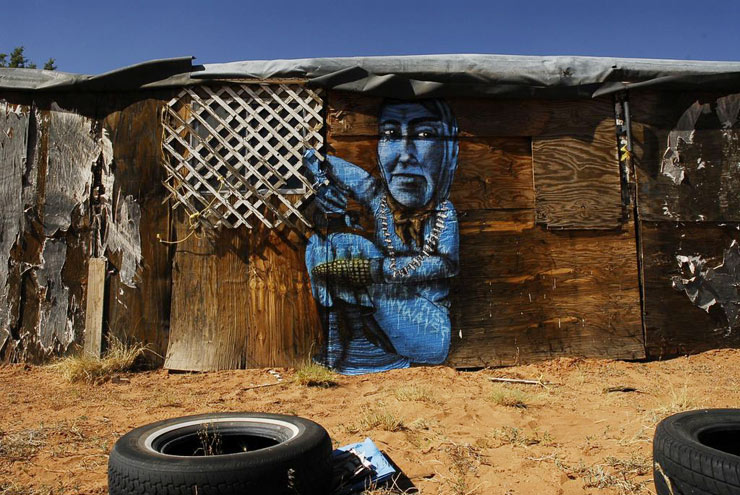 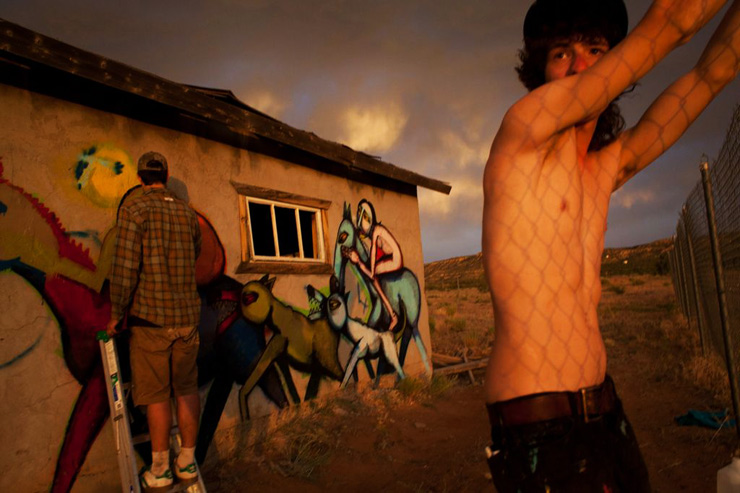 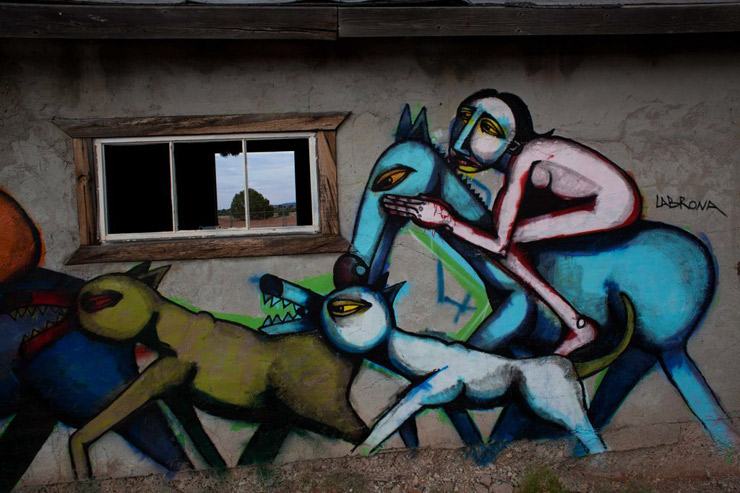 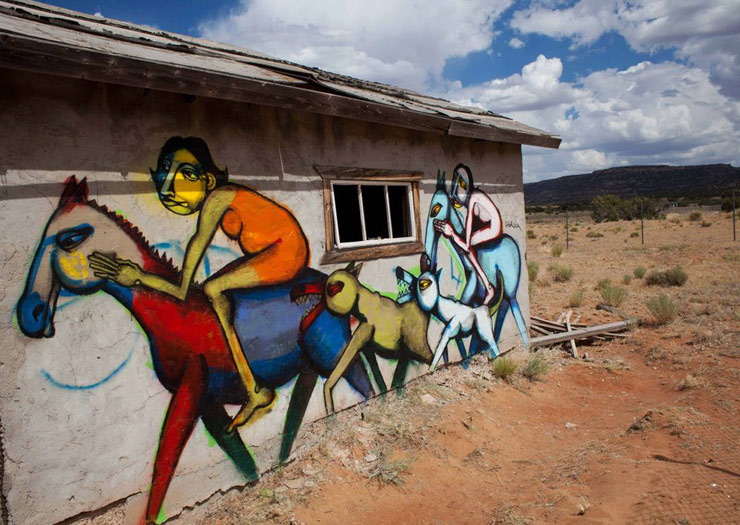 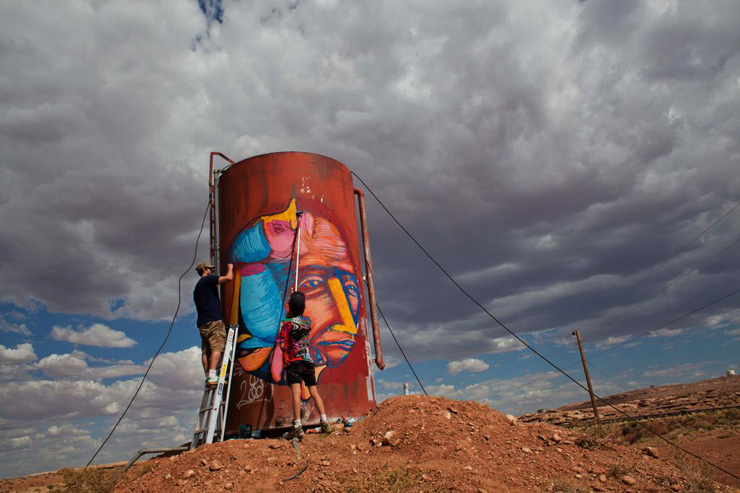 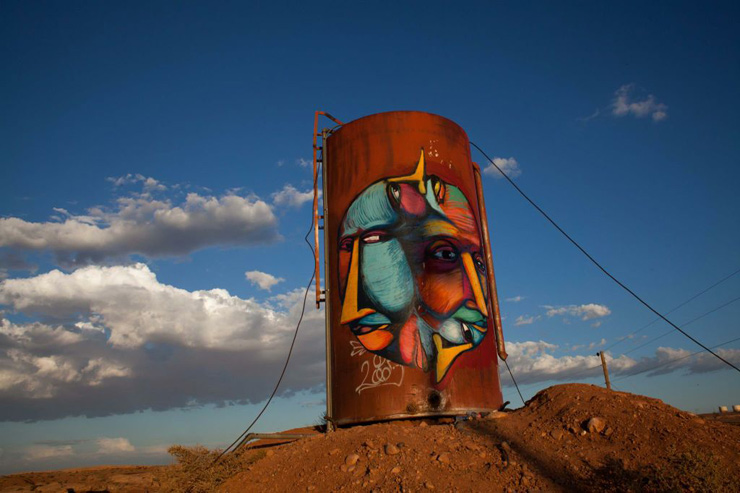 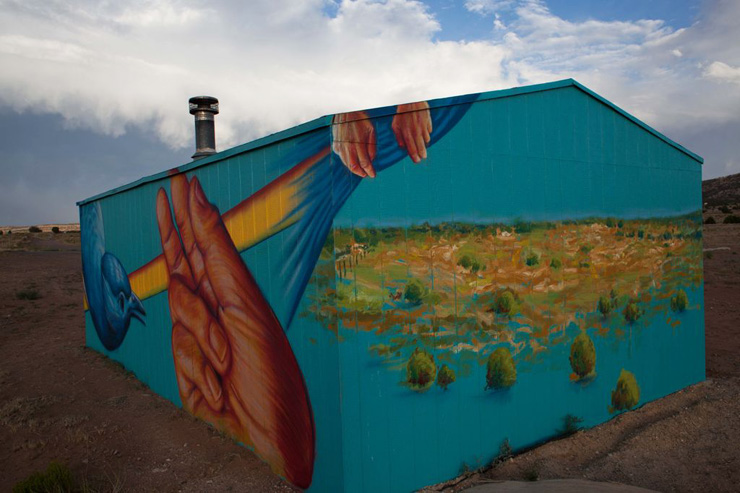 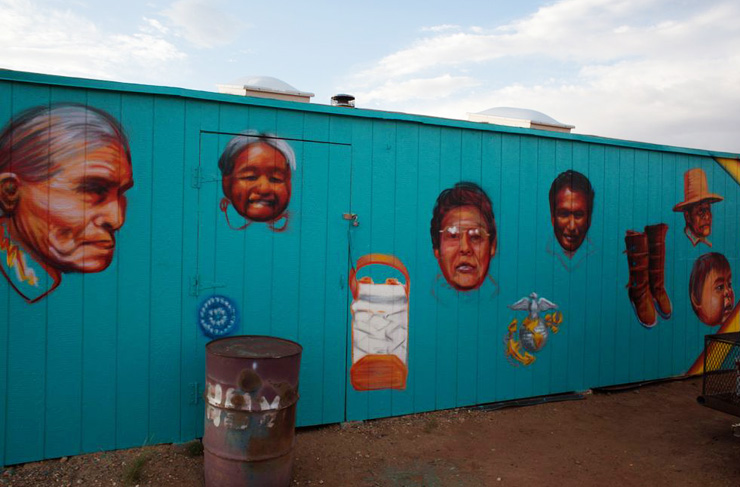 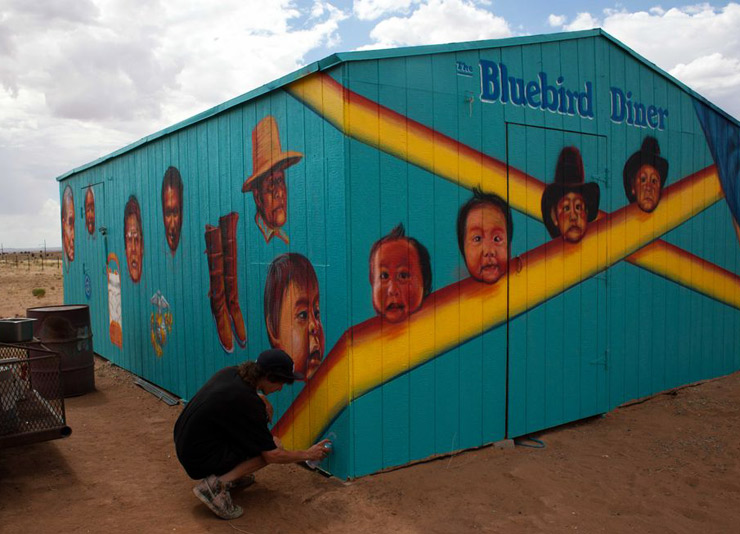 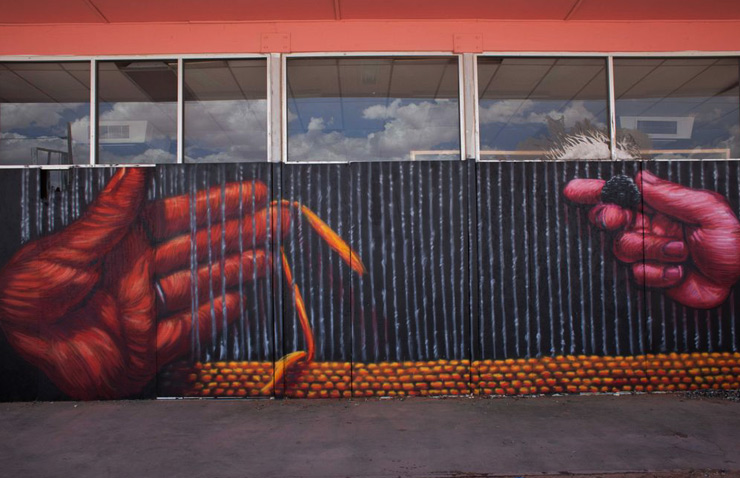 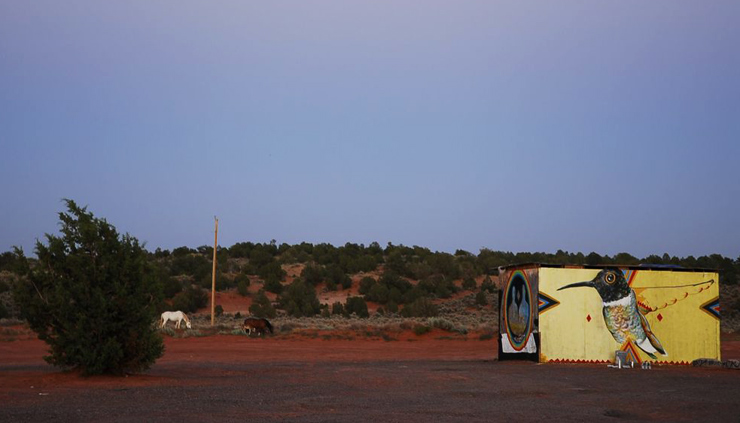 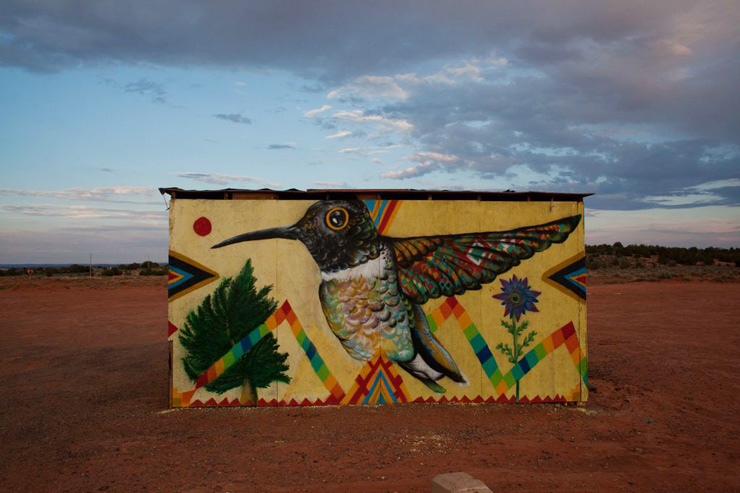 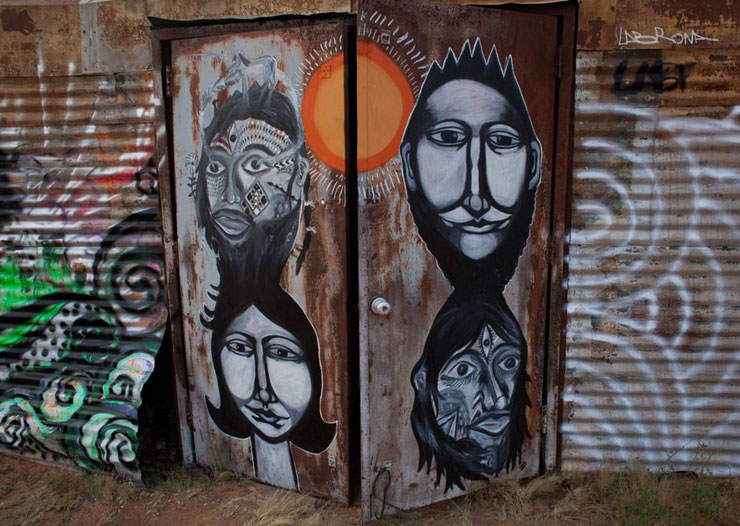 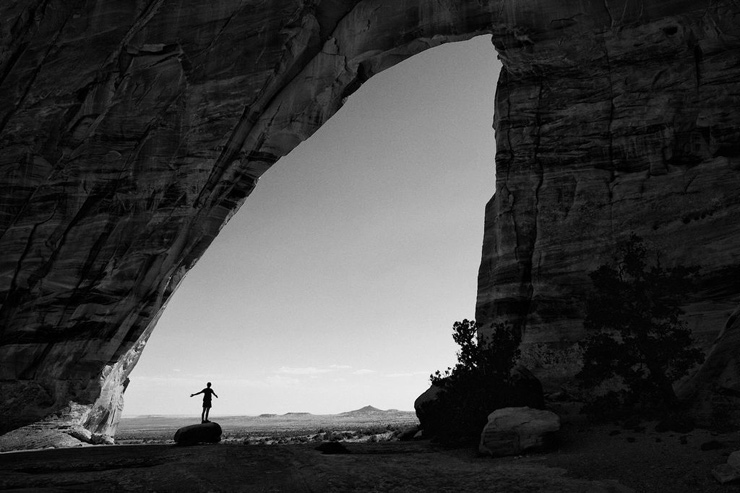 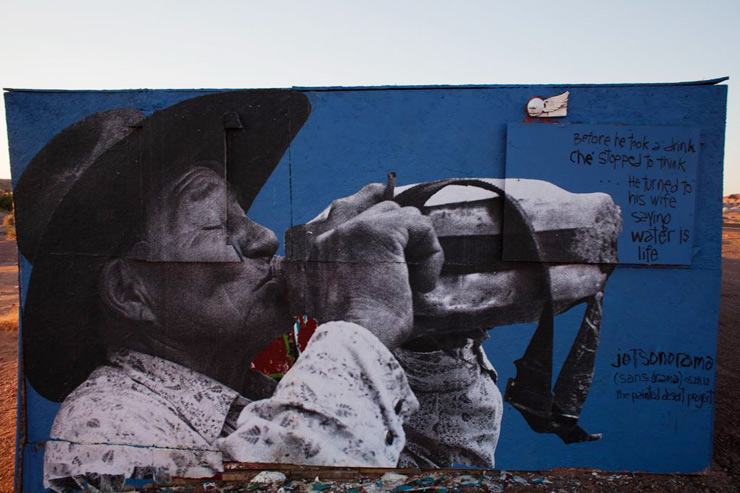 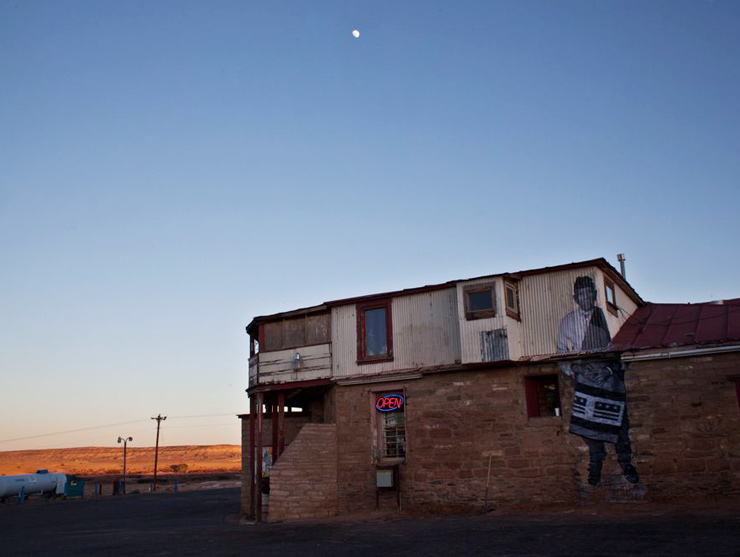 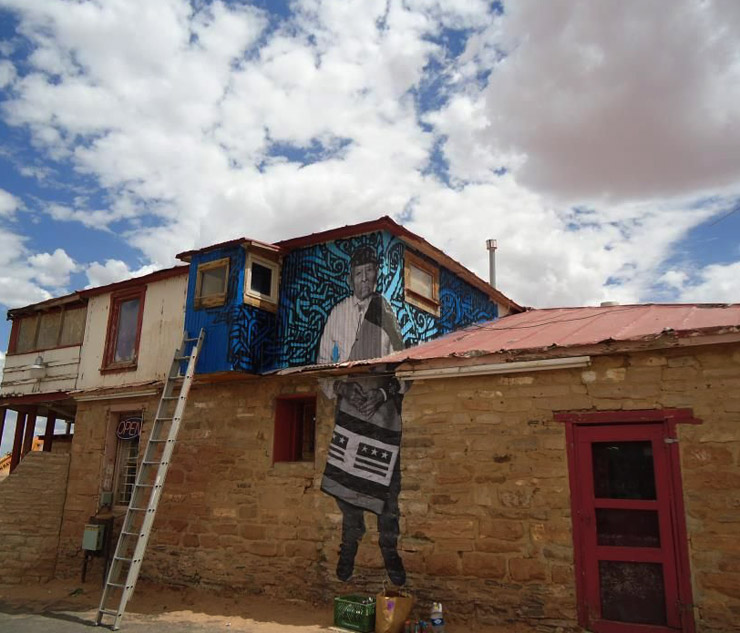 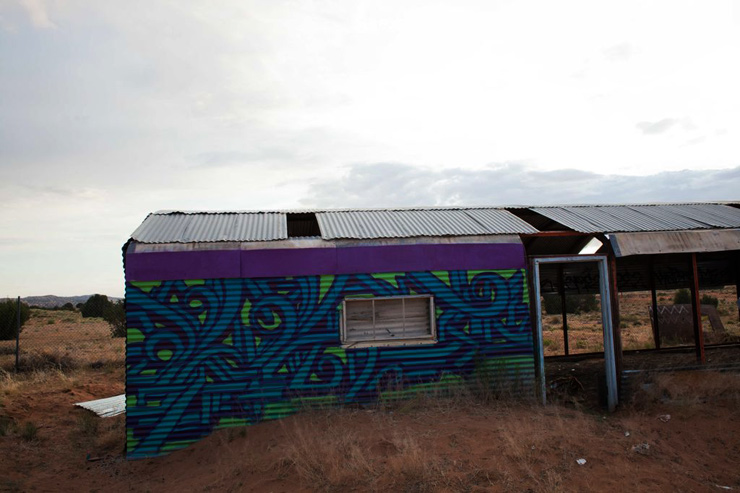 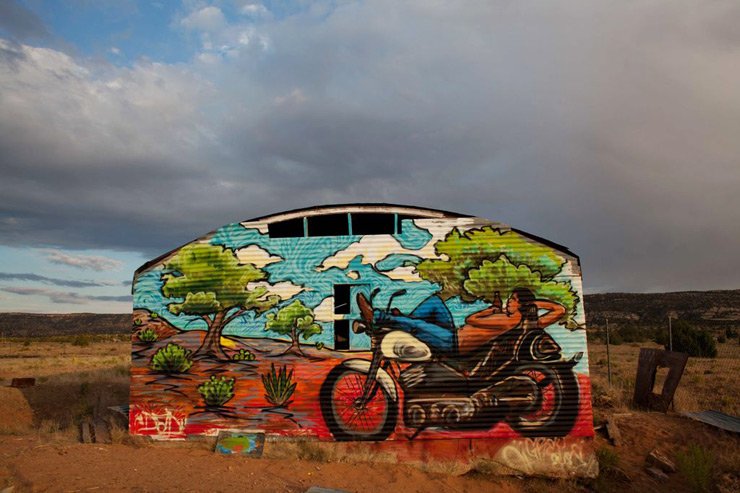 Click HERE to see Part I of The Painted Desert Project 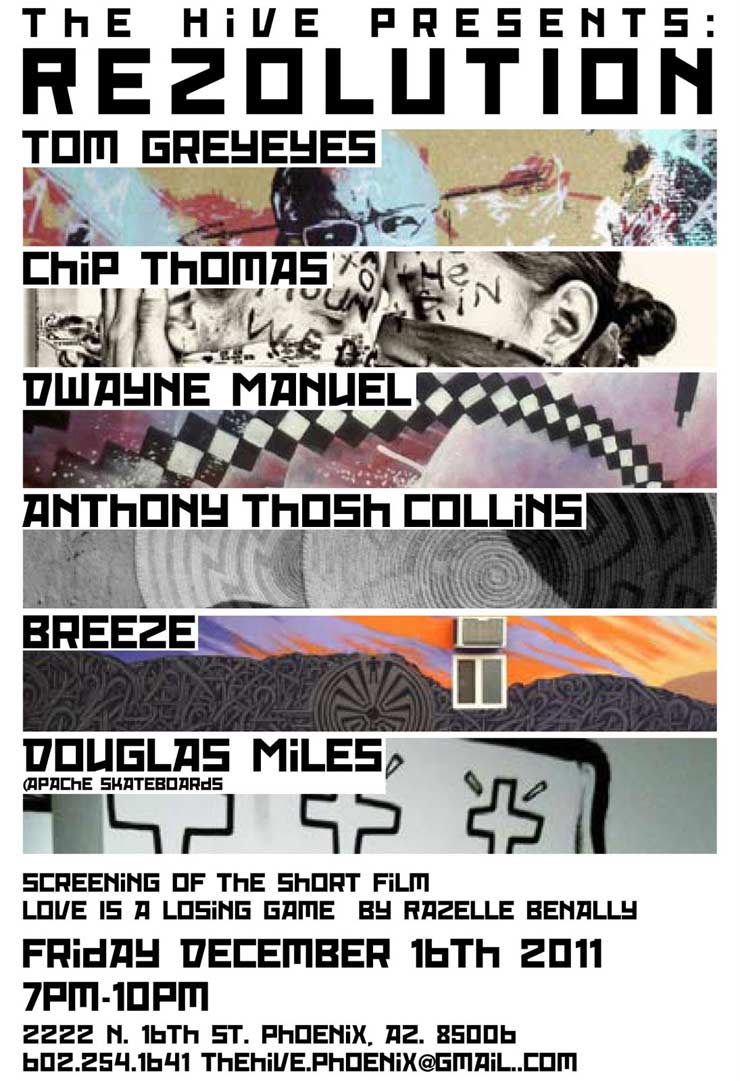 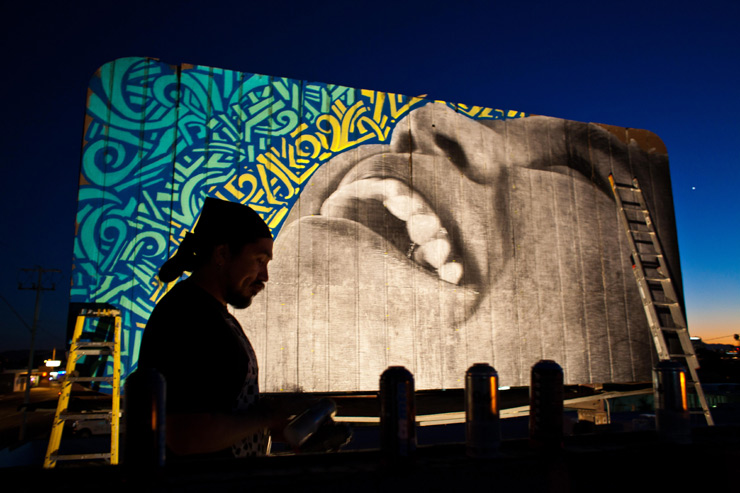