As the post- “Citizens United” restructuring of civil society gets into full swing and democracy is effectively hollowed out before our eyes, Street Artists Hugh Leeman, Eddie Colla, and D Young V are contemplating an eventual collapse of society and what it might look like – and have created an art show about it.

“Epilogue is an immersive installation based art show,” explains Leeman as he describes the almost cinematic way they are seeing their presentation and the promotional video we are debuting for them today. Not explicitly horrifying, the implications of a lawless violent society that no longer feels “futuristic” makes this trailer uncomfortable and a breath of fresh air. 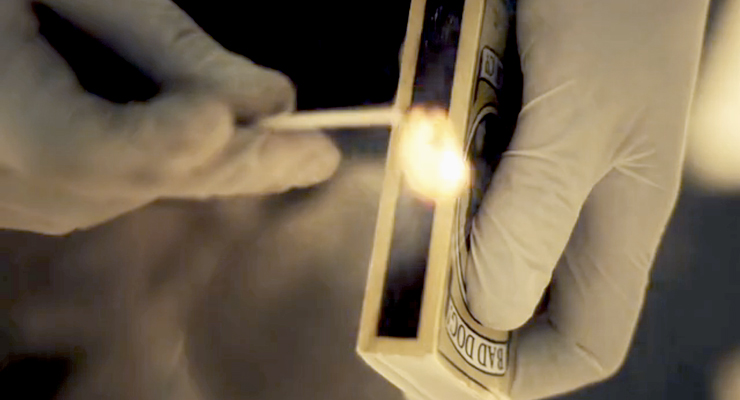 “What we did with the video was a new feel for us in that we did not show the artwork nor do a traditional narrated artist interview but instead looked at the video as a piece of art itself,” says Leeman as he talks how the three Street Artists really pushed their work for the show to imagine what it would be like to start making art after we’ve burned everything down. Maybe they’re just sticking to the theme or testing their individual resourcefulness but it is interesting to see them skipping the oil paints and canvasses and instead choosing reclaimed billboards, fire stencils, even hand painted assault rifles for the varied display. 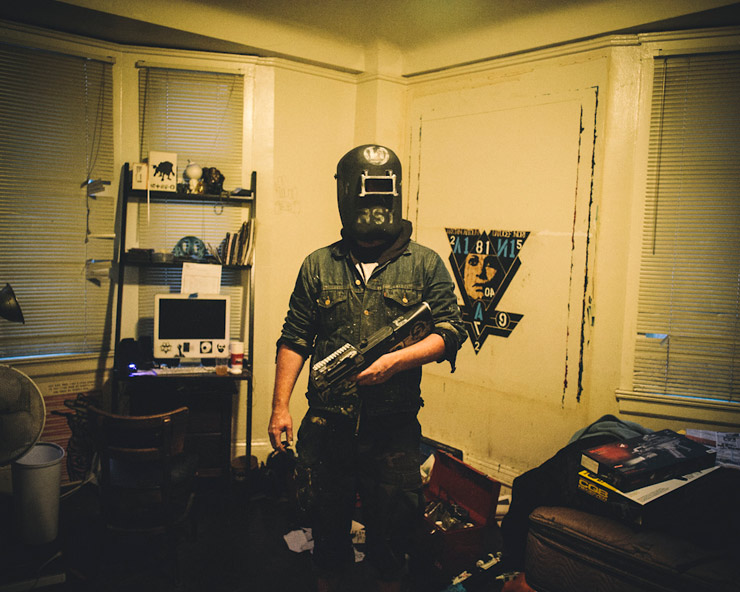 Are these guys really rattling their Jungian subconsciousness with a death of Western society foretold or have they been spending a lot of time on NetFlix in the apocalypse section? If you hear Hugh describe the preparation they’ve undertaken at Hold Up Art, it all sounds pretty serious. “Its processes and concept have been inspired by America’s gun loving culture, the corporate behemoths considered “too big to fail”, and another pending financial meltdown. It has pushed the three of us as artists away from what we have come to identify as our own individual styles.” We give them credit for going there, and for challenging us in a new way to go with them. The murkier the answers, the more alive the imagination can be when triggered by these symbols and images. 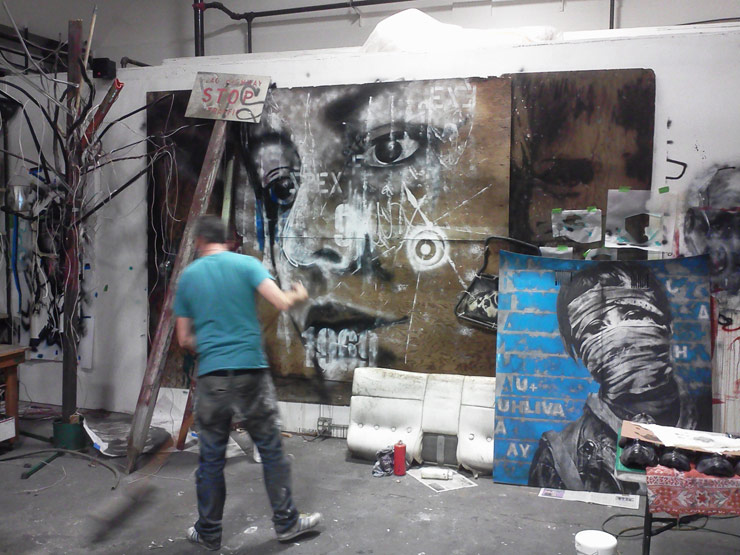 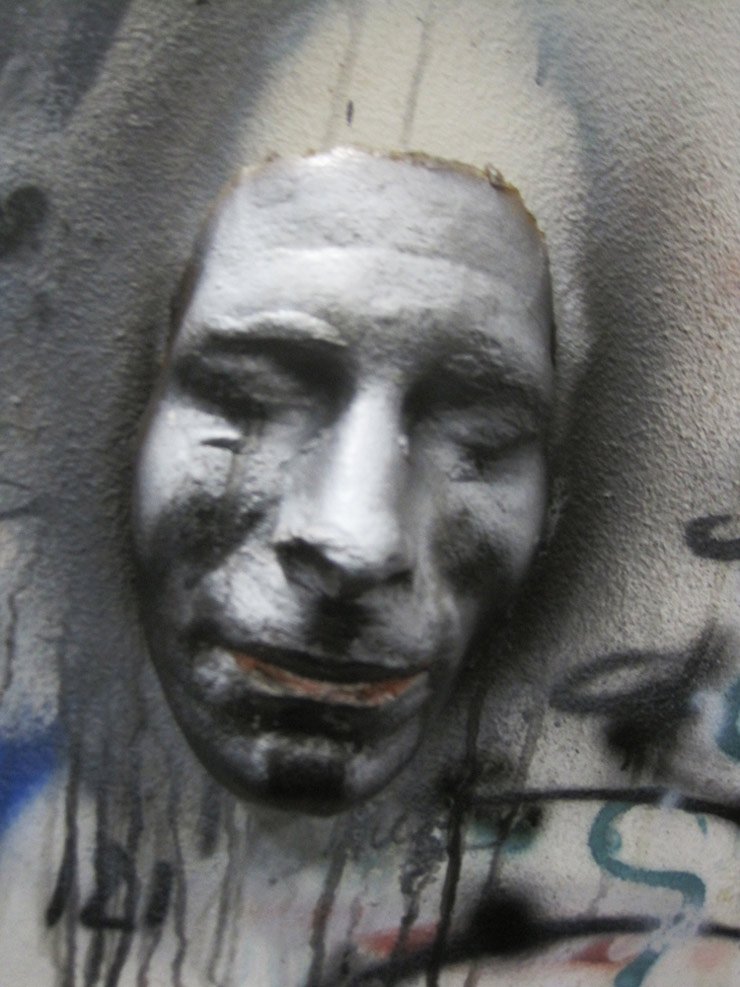 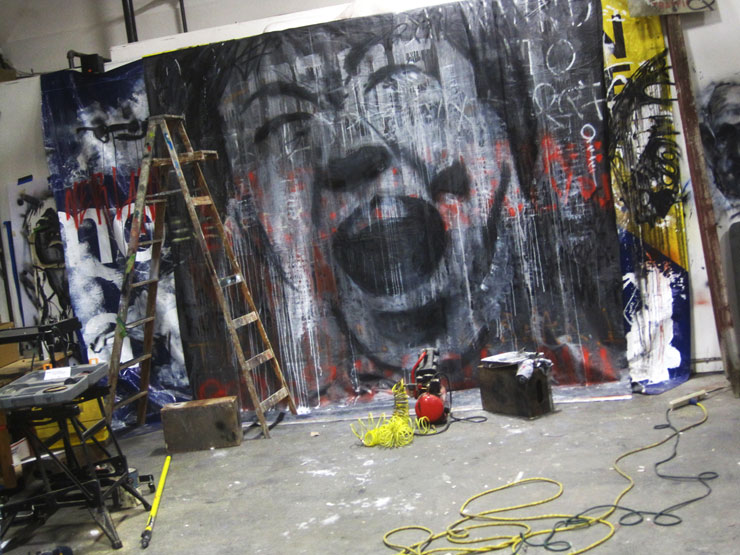 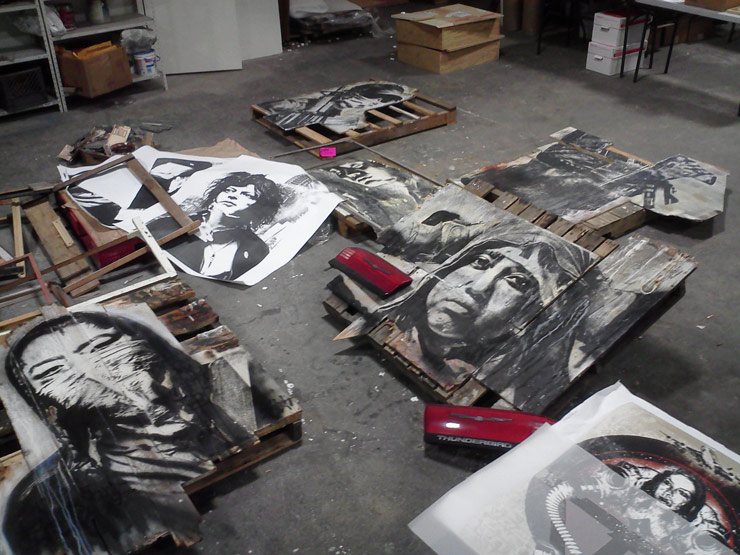 “Epilogue” opens this Saturday Sept 8.  Click here for more information regarding this show. 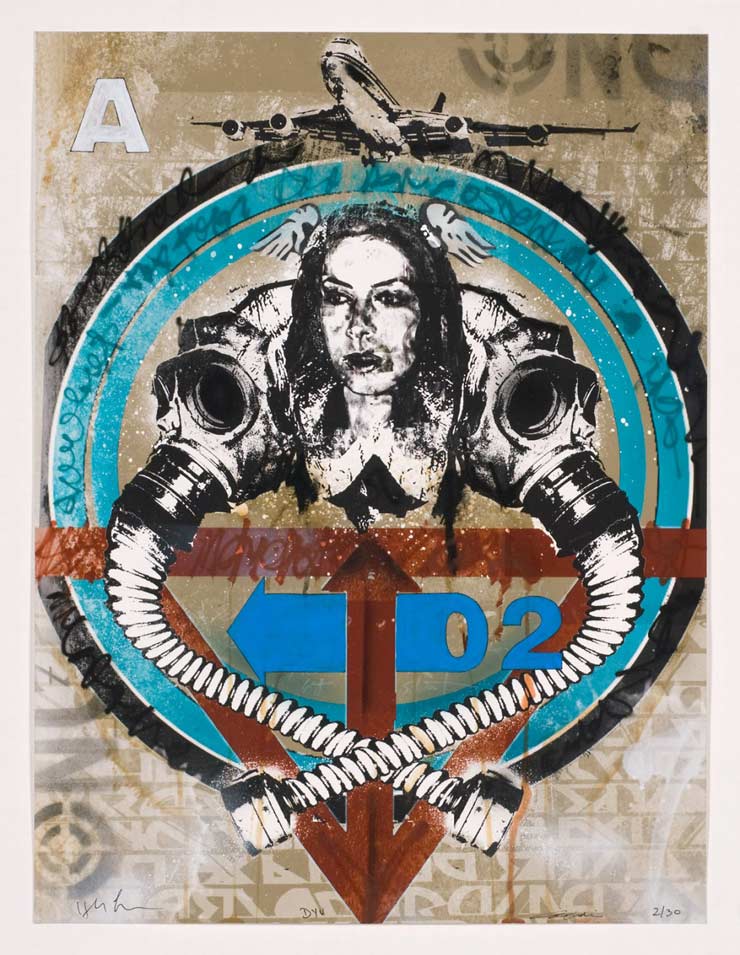 A print variant for the”Epilogue” show that will be released through Hold Up Art starting Sept. 8th 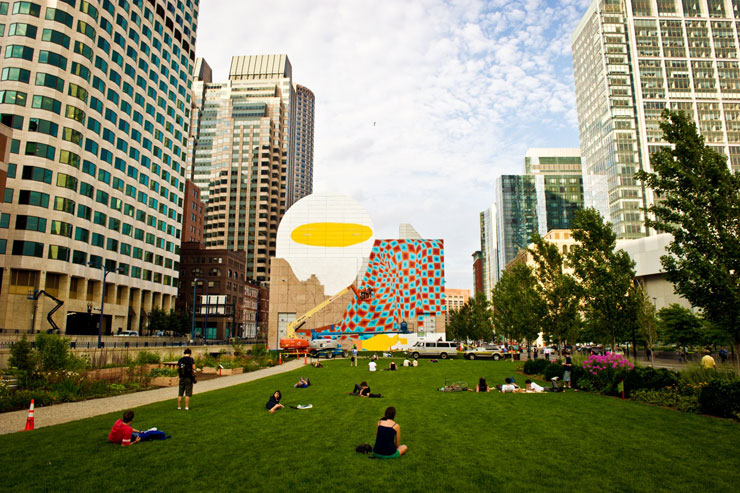 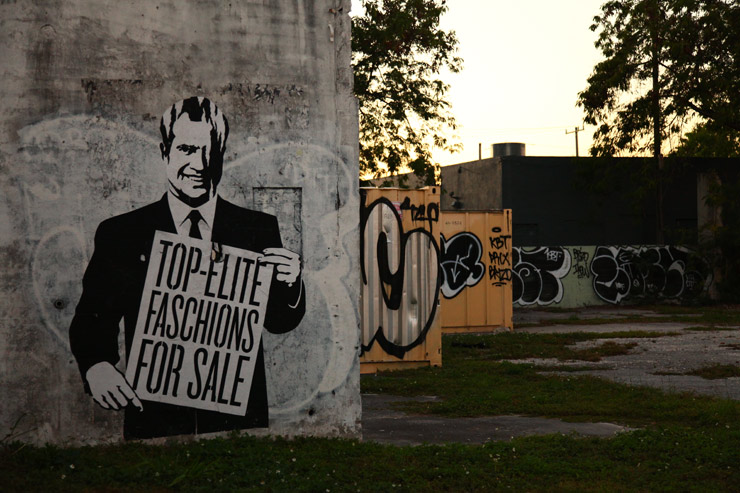 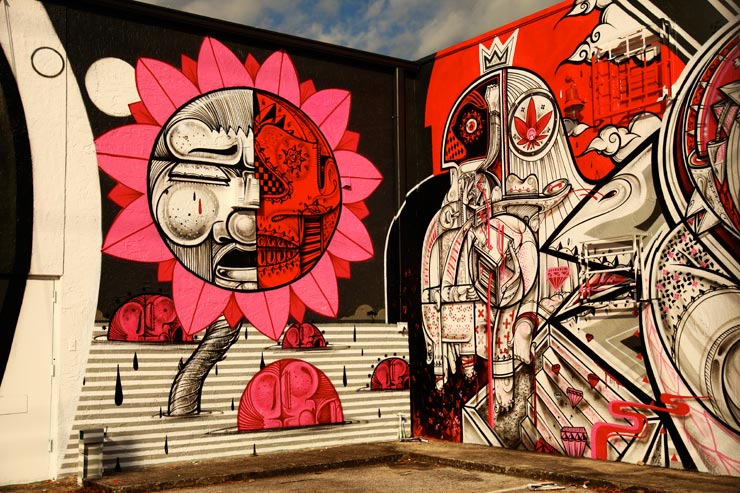 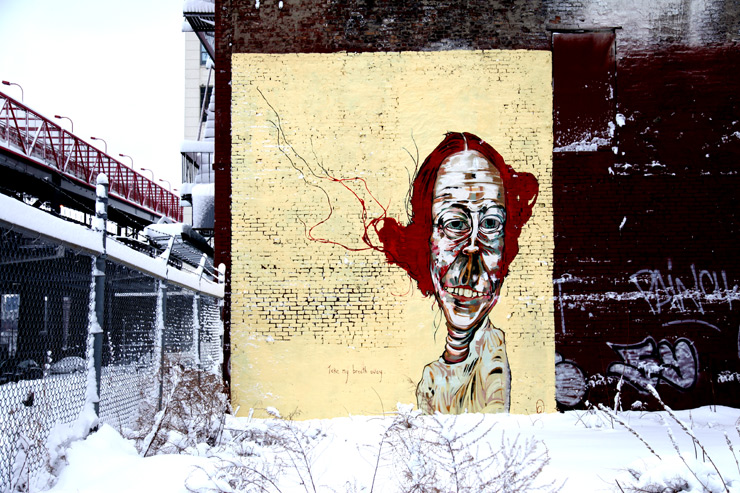 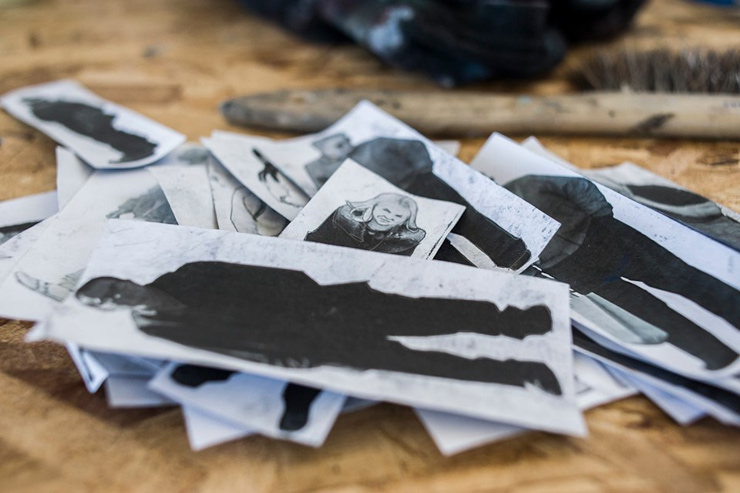