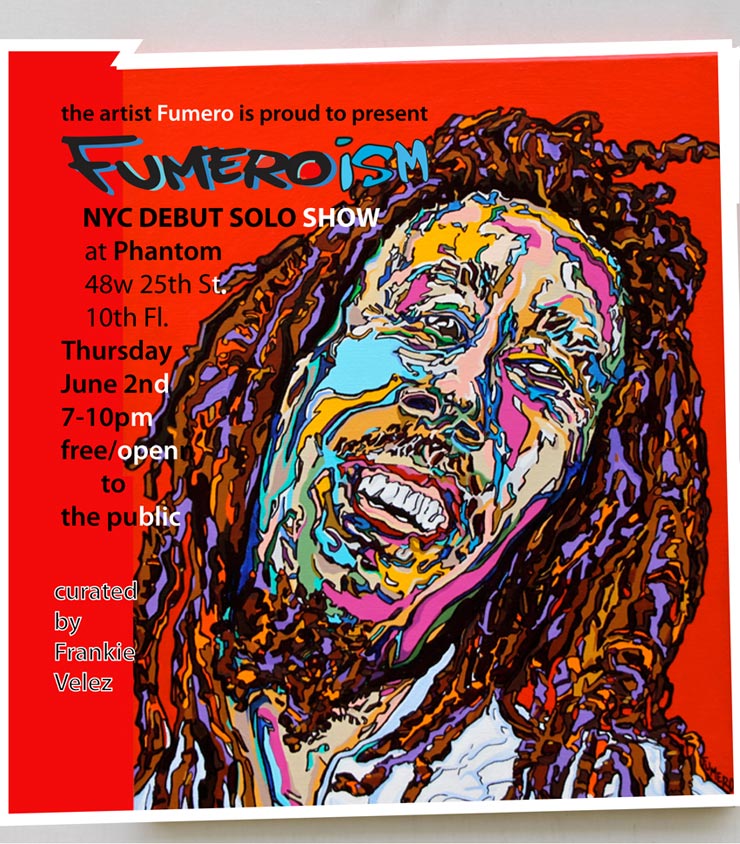 Fumero combines the American pop culture of urban art with his caricature-like, figurative paintings. The “wildstyle” letter design, with its highly stylized alphabetical abstractions and decorative embellishments transformes into the dynamic energy of his abstracted human figure. The visually psychological power derives from a technique illustrating a harmonious interaction among bold contour lines, and shapes filled with vivid colors. Within the contours of the hard edged shapes are intense contrasting colors that interact with each other, creating a moving energy that powerfully projects outward to the viewer.

As a little boy at the age of four, Fumero discovered that he liked to draw. Beginning with stick figures to oval shapes, by age five he began to copy newspaper comics such as, Ziggy and Snoopy. At the same time, family visits from New Jersey to the Bronx exposed him to the graffiti painted New York City subway trains. Looking out of the car window and starring at the trains’ vibrantly painted cartoons and colorfully animated 3-D lettering fascinated him as a child and left an impression that would resurface later on.

At the age of thirteen, Fumero began to create graffiti-style lettering starting with colored markers on paper and ventured onto walls with simple tags and bubble letter throw-ups. By fourteen, Fumero completed his first 4 colored piece and graffiti became Fumero’s primary artistic focus. To Fumero, graffiti was simply an added extension of cartooning and provided a means to explore lines, shapes, colors and letter design in a new and exciting way. The remaining teenage years focused on graffiti art and the development of his cartoon characters, letter styles and color schemes which filled his sketchbook. After high school Fumero attended county college in New Jersey as a graphic design major and then went to the School of Visual Arts in New York City, as a cartooning/illustration major. At SVA, Fumero developed a personal style and the infancy of Fumeroism was born. 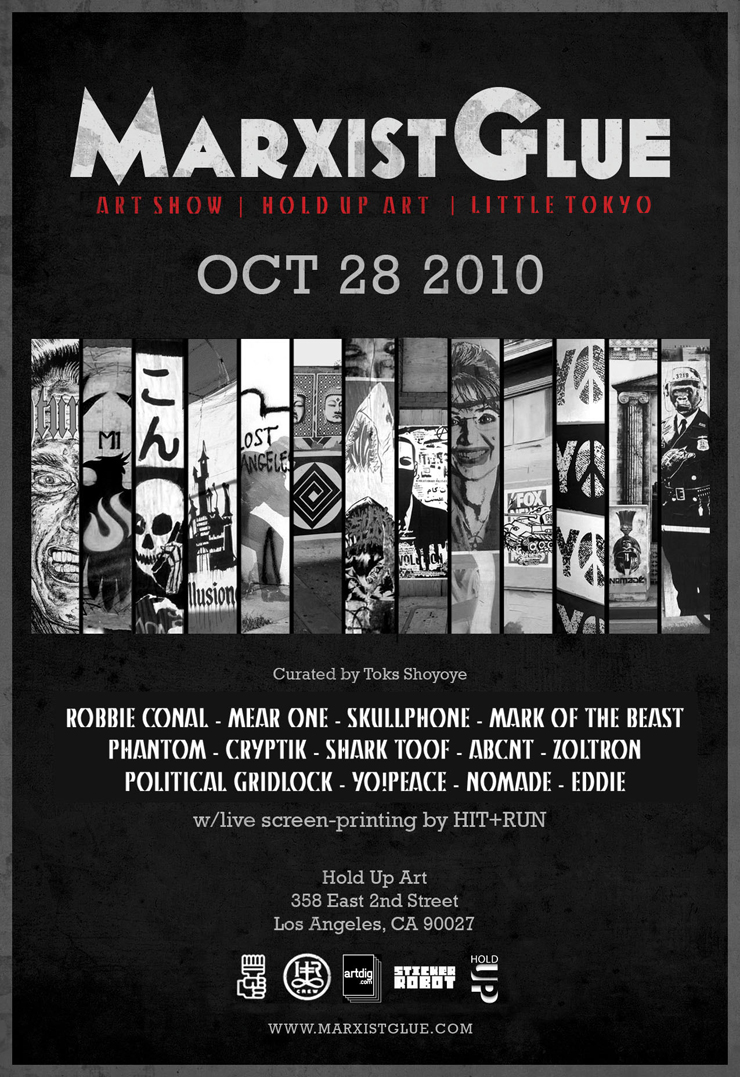