Joshua Liner Gallery is proud to announce the opening of its new home—a street-level, 2,600-square-foot exhibition space located at 540 West 28th Street in the Chelsea Arts District. The gallery’s relocation to a ground-floor space contributes to the life of this burgeoning block, which boasts new high-rise construction, the final section of the High Line, and redevelopment of Hudson Yards just to the north.

To celebrate this milestone move, the gallery is pleased to present Direct Address, an inaugural group exhibition featuring works in diverse media by longtime gallery figures as well as new additions to the program. Participants include the following artists:

Direct Address makes full use of the gallery’s 500+ square feet of added space and 15-foot ceilings. Graphic design, typography, digital imagery, and assorted printing techniques variously inform works in painting, mixed media, and collage by the Clayton Brothers, Evan Hecox, Greg Lamarche, and SWOON. Allusions to cartoons, cultural icons, and the collective unconscious turn up in watercolor-on-paper works by Alfred Steiner, as well as in Cleon Peterson’s stylized depictions of mass violence. Working in enamel on aluminum, sign-painter-turned-artist Stephen Powers combines image and word in a new selection of his visual aphorisms, or Daily Metaltations. 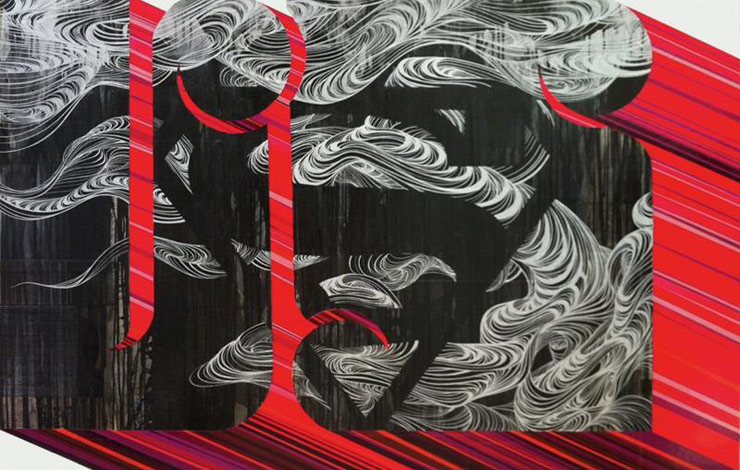 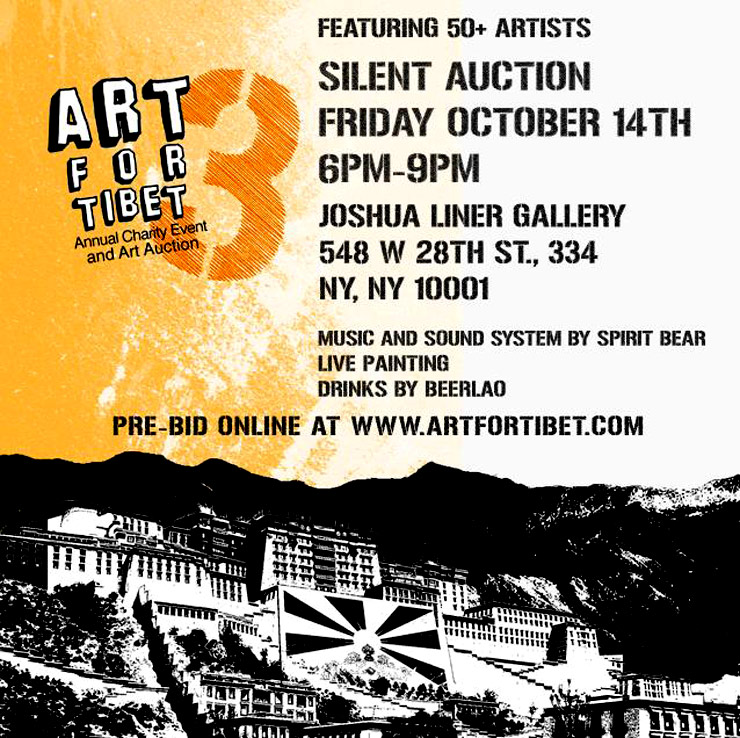 All artwork in the show will be sold via a silent auction on the evening of October 14th.  The evening event will feature a live-painting demonstration, DJ sets by Spirit Bear, and a silent auction that will offer excellent works with low opening bids. Drinks will be generously provided by Beerlao.  Pre-bidding will be available online at www.artfortibet.com beginning October 7th.

“Art for Tibet aims to expose the persecution Tibetan artists and intellectuals face under China’s occupation. At the same time, it is a celebration of their defiance and commitment to free expression in spite of the Chinese government’s severe repression and censorship,” said Tenzin Dorjee, Executive Director of the New York-based Students for a Free Tibet (SFT).

BACKGROUND ON TIBET: Since Chinese troops invaded Tibet in 1949, China has denied Tibetans their rights and freedom while systematically attempting to wipe out Tibetan culture and identity. In March 2008, just months before the Beijing Olympics, protests against Chinese rule swept across the Tibetan plateau. Chinese authorities responded with brutal force in a crackdown that continues to this day and has left thousands of Tibetans in prison, dead or disappeared.

In defiance of this repression, Tibetan artists, writers and intellectuals in Tibet and in exile are engaged in a Tibetan cultural renaissance, using new technology and mediums to create and share their work. In response, the Chinese government has escalated the crackdown on writers, artists and intellectuals. Dozens of Tibetan artists and writers have been arrested, tortured and imprisoned since 2008.

All proceeds from the event will benefit Students for a Free Tibet, a 501(c)3 non-profit organization with international headquarters in New York. Through education, grassroots organizing, and non-violent direct action, SFT campaigns for the Tibetan people’s fundamental right to freedom and independence: www.studentsforafreetibet.org.

Image Courtesy of the Gallery

We are pleased to present the 2010 Summer Group Exhibition showcasing 24 artists, including established gallery regulars, emerging artists, and newcomers to Joshua Liner Gallery.

The exhibition will feature painting, assemblage, drawing, and sculpture, with works by: