The Spanish twins really could have used a Yellow Submarine as the rain was sloshing around their small band during the installation of this one. For four days they set out to paint their new mural, titled “Lucy In The Sky With Diamonds”, an updated psychedelic bouquet sprading across a corner building in Williamsburg housing the infamous Rock Star Bar, where many a hair raising band has fought to break the sound barrier. 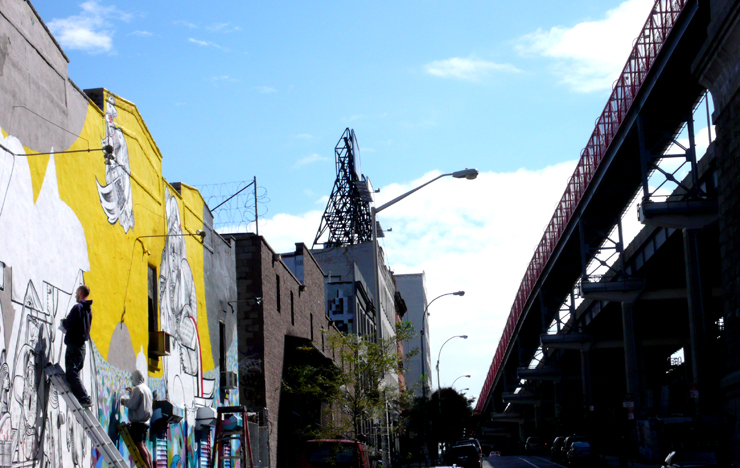 This year the Autumn weather in New York city has ranged from constant deluge to glorious days of sparkling gold sunlight and the smell of wood burning from the neighbor’s chimney. How and Nosm climbed ladder after ladder with R Robots as soon as the rain would stop. Unfortunately, they had to spend a lot of time standing in the doorway waiting for it to clear. As they told me “As long as the wall is dry we paint, and it’s OK if we get wet”. 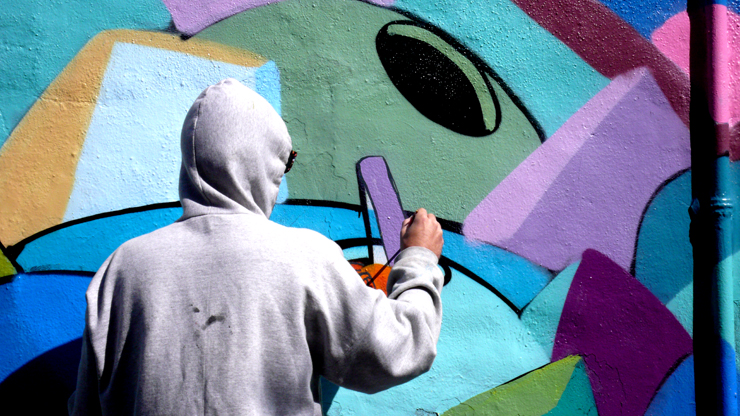 Every time I went by to see how they were doing they were scurrying up and down ladders and balancing on scaffoldings. Once in a while each guy had to walk across the street to look back and check on the progress. Everpresent in the shadow of the Williamburg bridge was the roaring of traffic above, the screeching of trains, and the raucous noise of heavy trucks on Kent Ave. Occasional pedestrians stopped to say hello and ask questions, but mostly this part of town is unfettered by interruption.  Unless you count the rain. 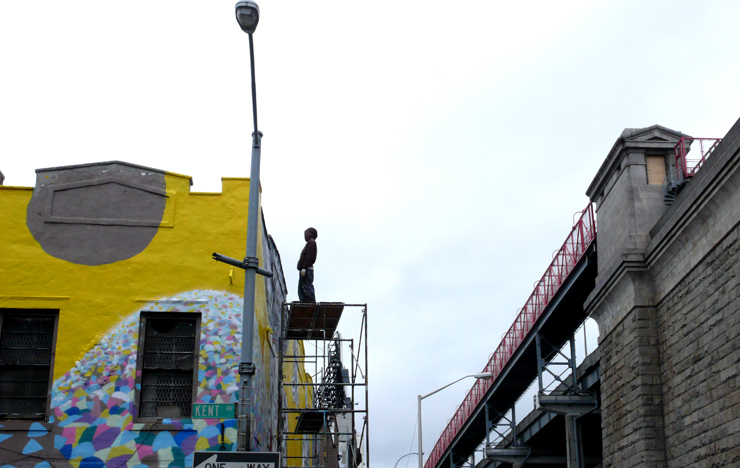 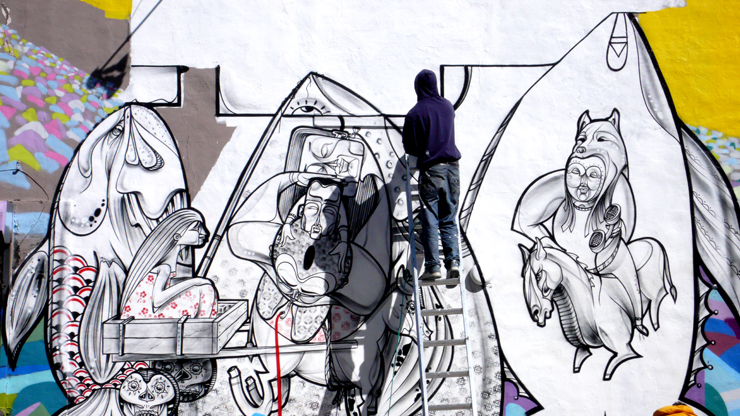 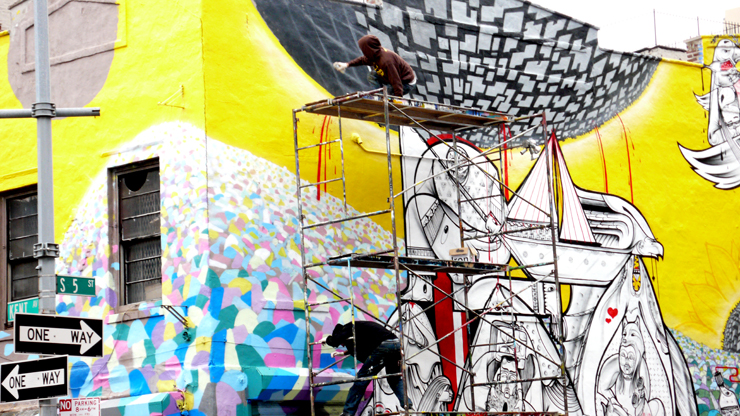 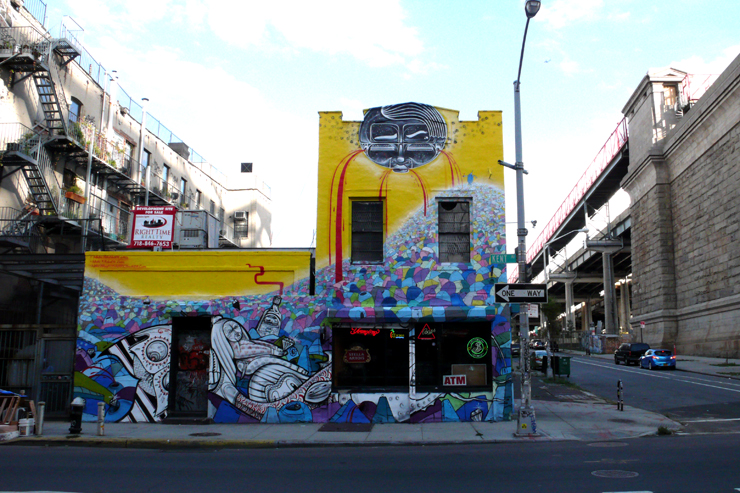 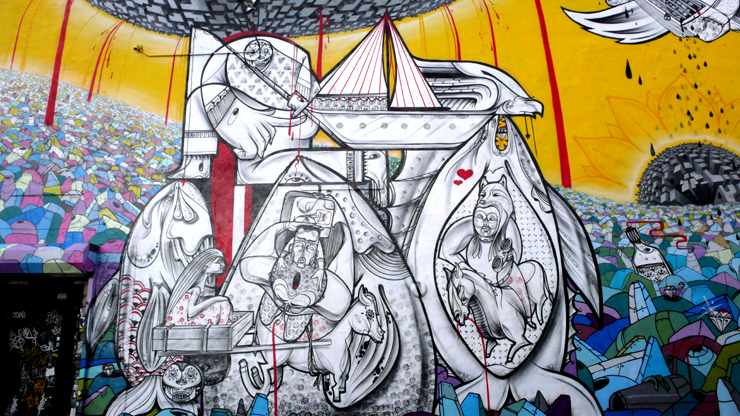 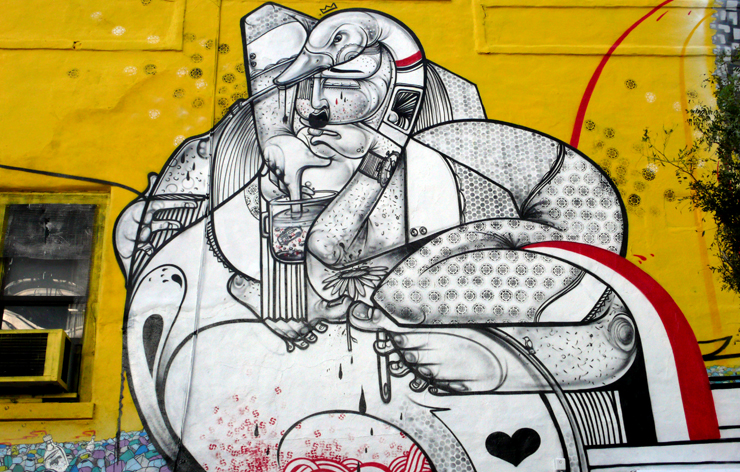 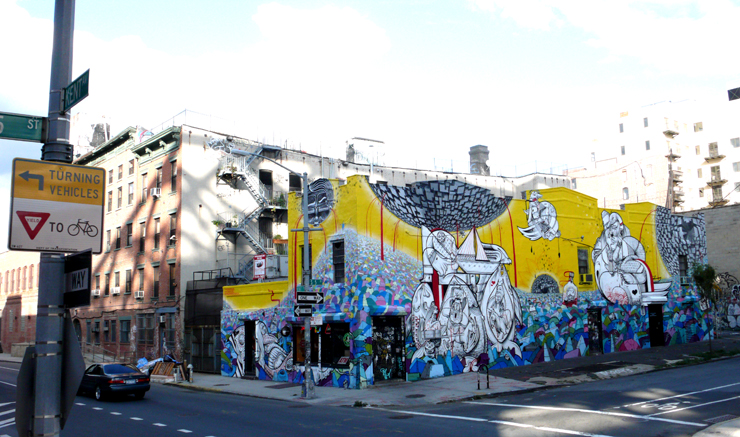 “Lucy In The Sky With Diamonds” From The Movie “Yellow Submarine”