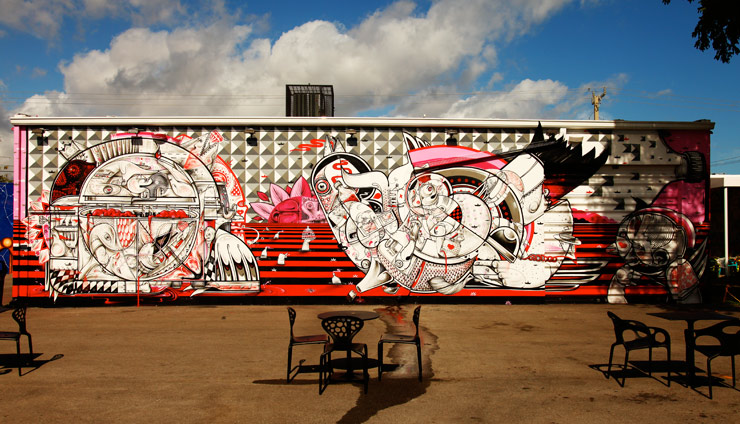 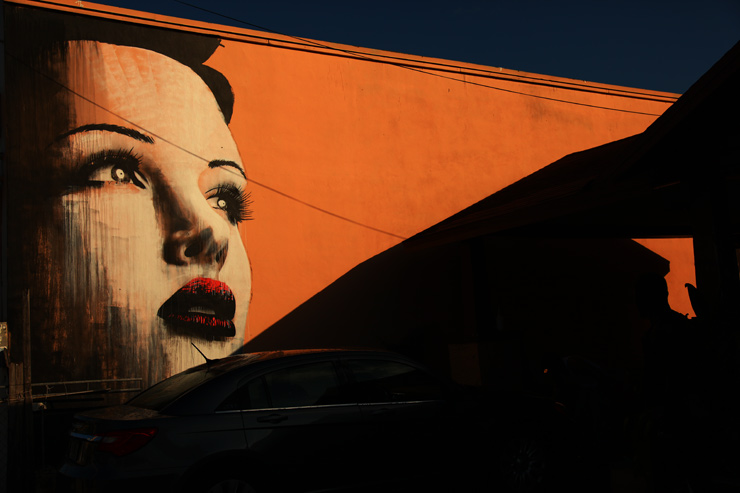 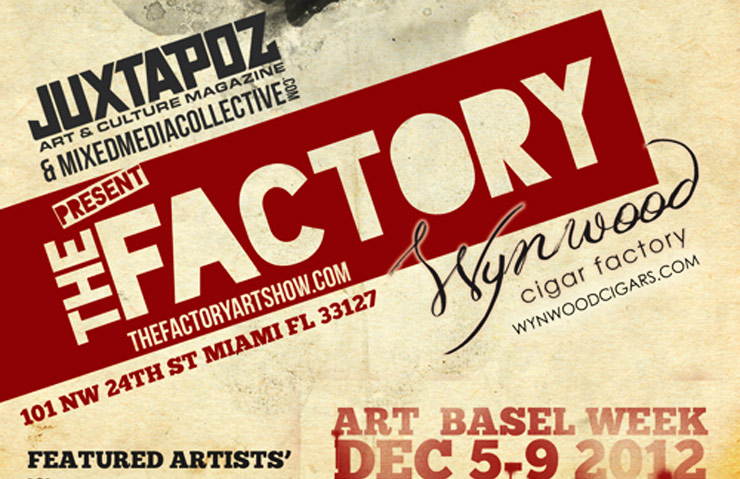 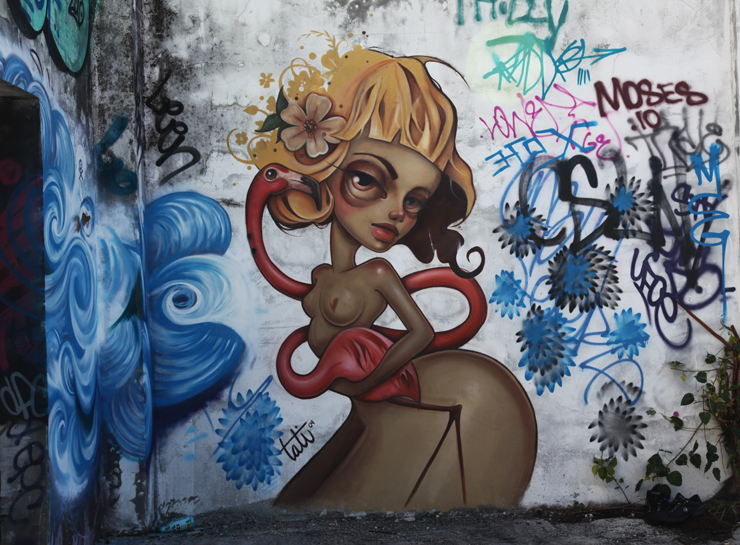 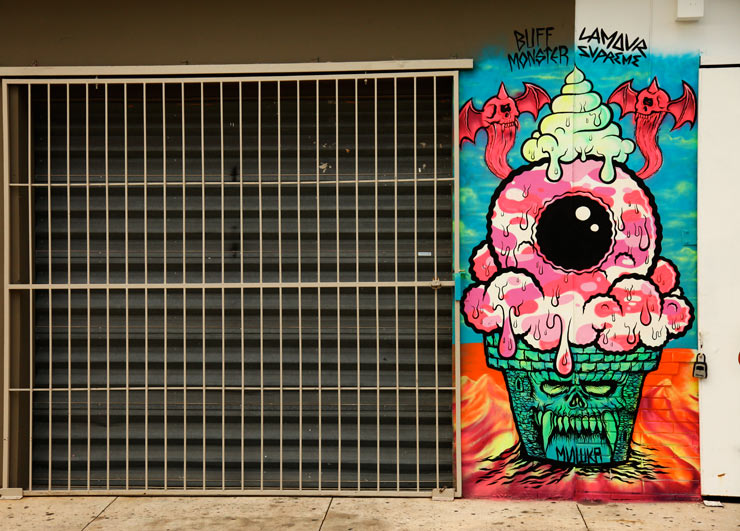 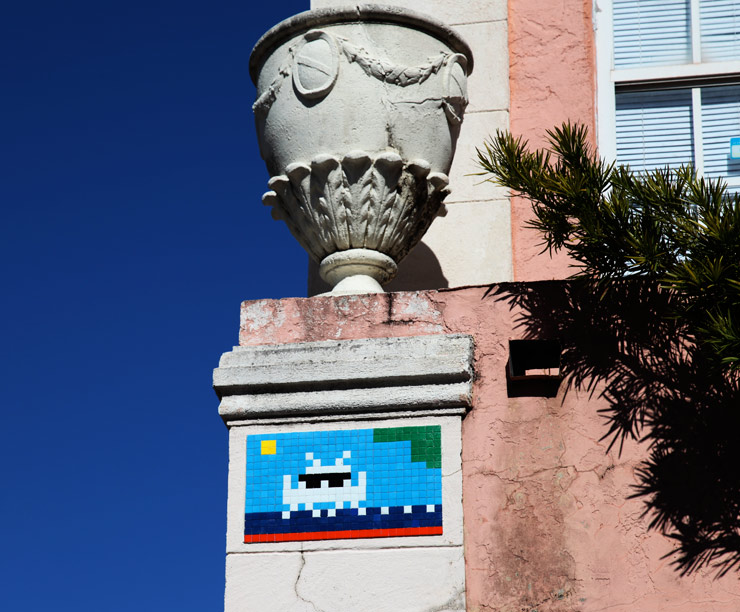 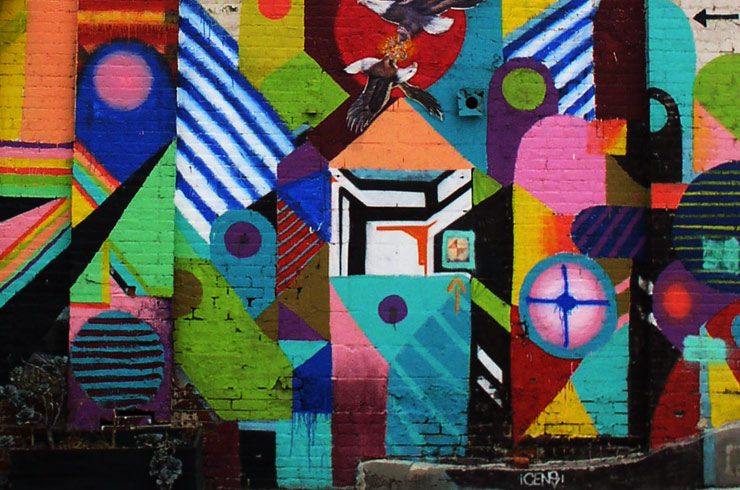 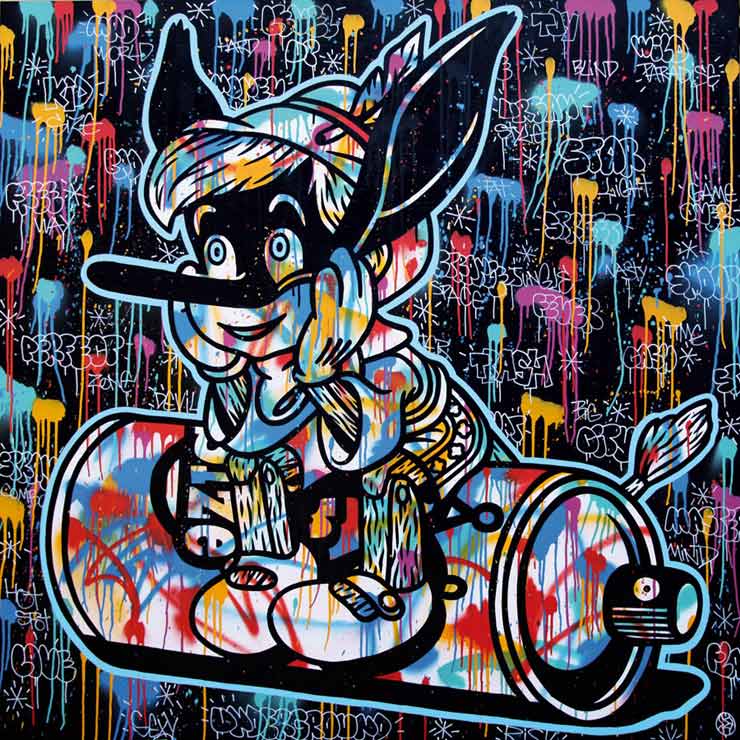 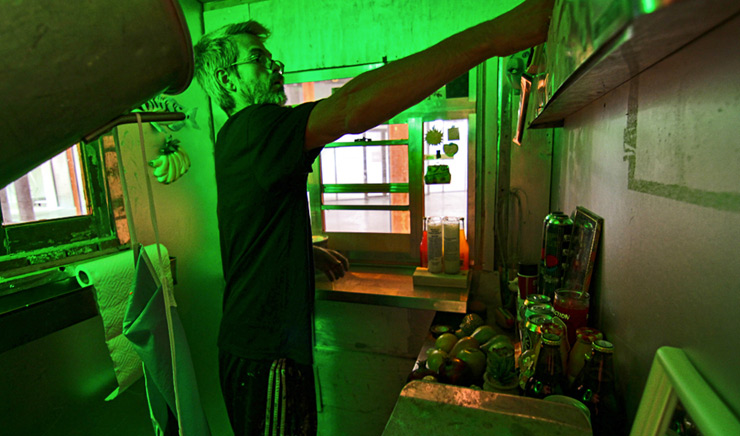 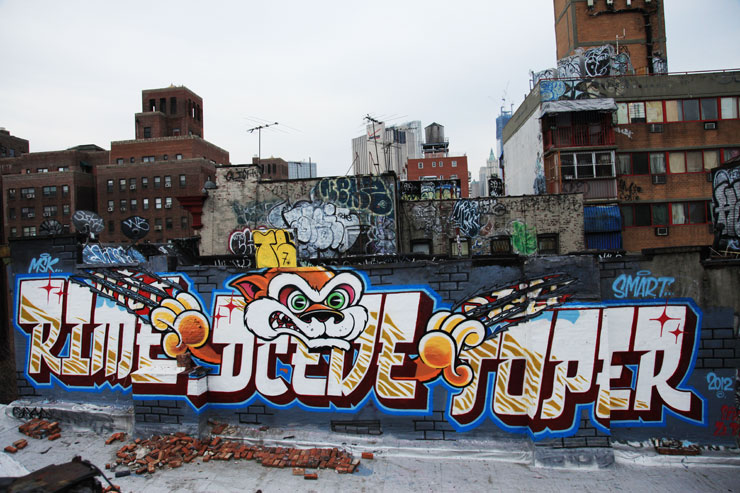 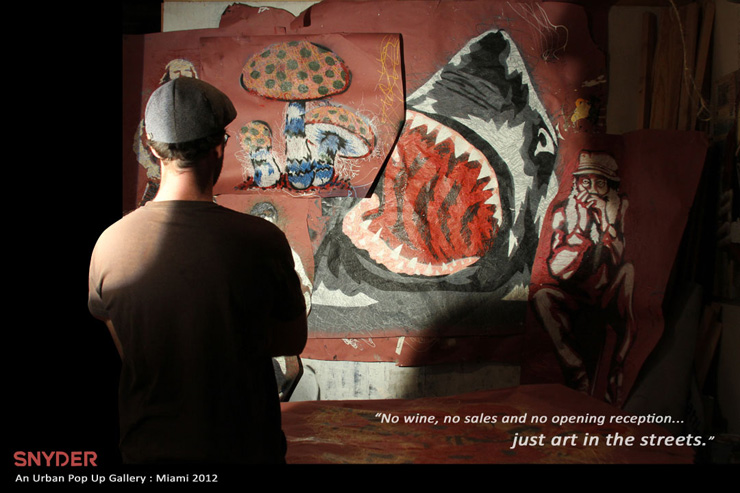 Street Art is already smacking up Miami walls – an aerosol advance committee of art in the streets to welcome the bacchanal of collectors, performers, artists, fans, galleries, hoodlums, charlatans, thumping beats, and very famous and important celebrities you have never heard of are all here for Art Basel and related fairs.

Just for you, we have some of the first images of the walls as they are going up…

..from Martha Cooper, who is on the ground documenting all the walls going up for Wynwood Walls as she has done officially for them for a few years now, and she talks about the new OBEY tribute to Wynwood Walls founder Tony Goldman who passed away this autumn, and shows us DAZE in action.

We also have on-the-beat stuff from photographer and BSA contributor Geoff Hargadon – who has an insatiable thirst for clever spots and a keen eye for capturing them. We’ll be bringing more from him to you later this week too.

Finally the ever clever twins How & Nosm offer you images of their just completed Wynwood Wall mural, a collabo with VHILS. 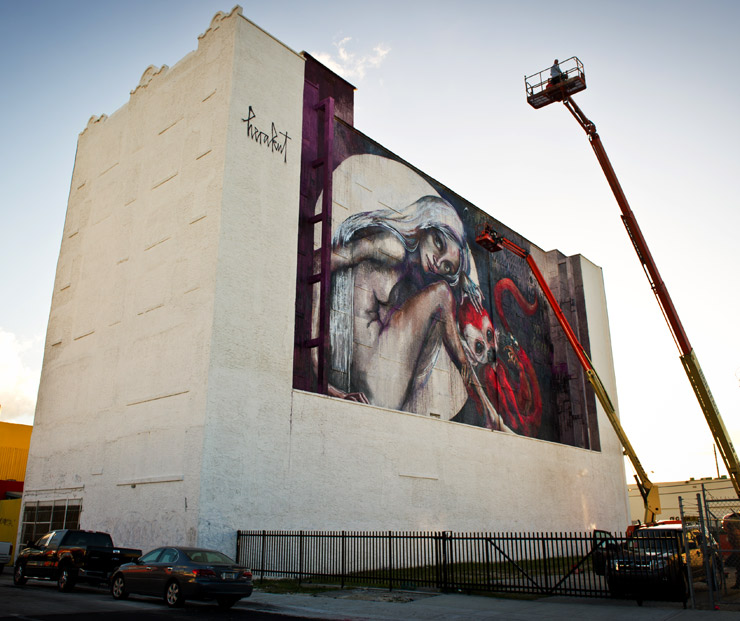 Herakut. Wynwood Arts District. Miami 2012. This seven story tall mural is part of Herakut’s Giant Story Book Project. The German Duo will be creating large scale murals across several cites to introduce characters from the children’s book the artists are in the process of creating. (photo © Geoff Hargadon)

Shepard Fairey/OBEY. Wynwood Walls. Wynwood Arts District, Mimai 2012. “This Wall was a tribute to Tony Goldman with a central figure of him surrounded by people he admired and was inspired by -MLK, Warhol etc…” (photo and text © Martha Cooper) 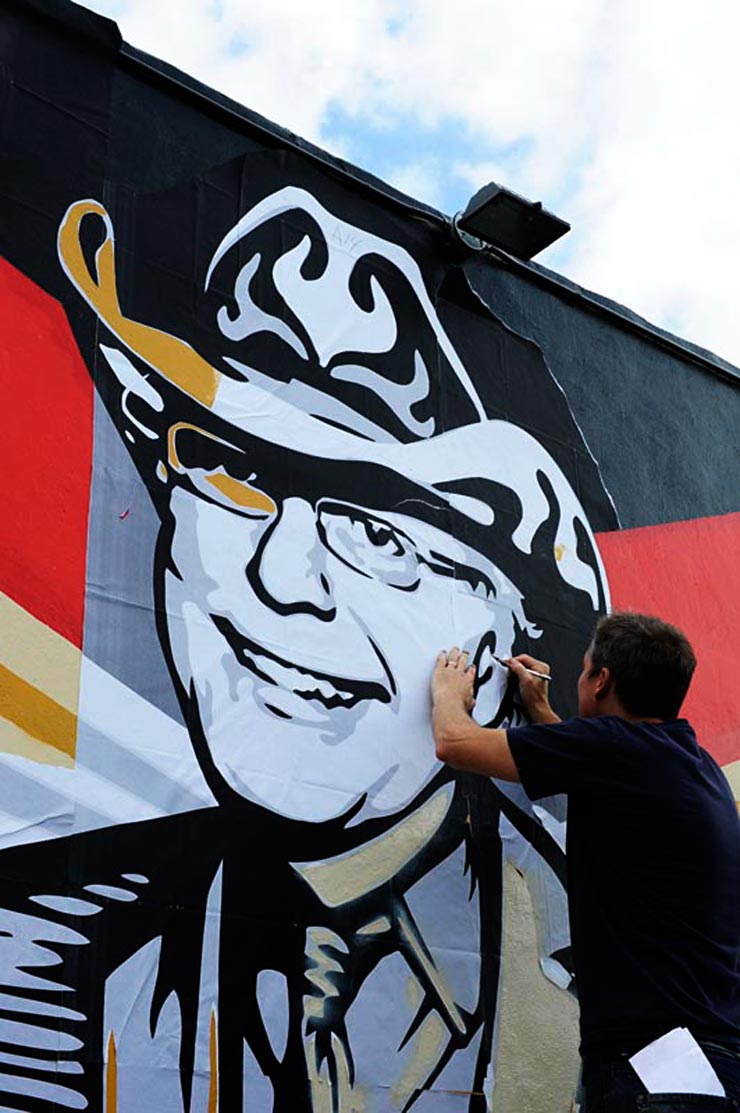 “The biggest and maybe most interesting wall this year is the one by OBEY. They completely re-did their first Wynwood wall from 2009. That one was all wheat pasted. This time they used a technique similar to that of Sten & Lex. They lightly pasted pre-printed sheets on the wall and then cut out the black parts with X-Acto knives, making a stencil. After spraying, the paper was peeled away, leaving the paint” – Martha Cooper 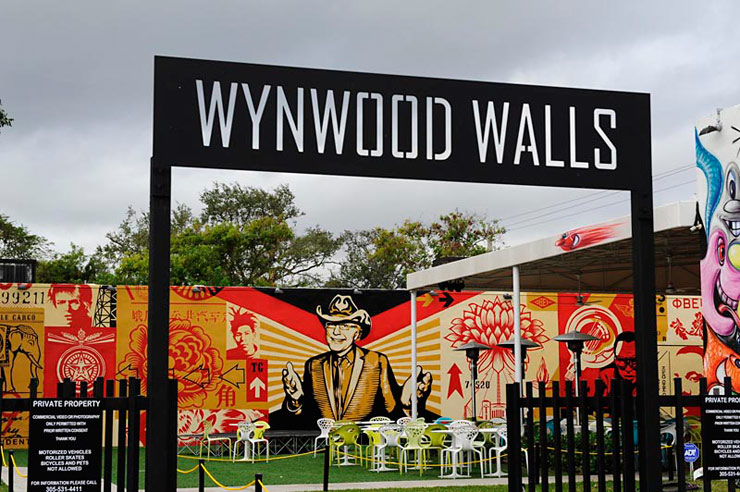 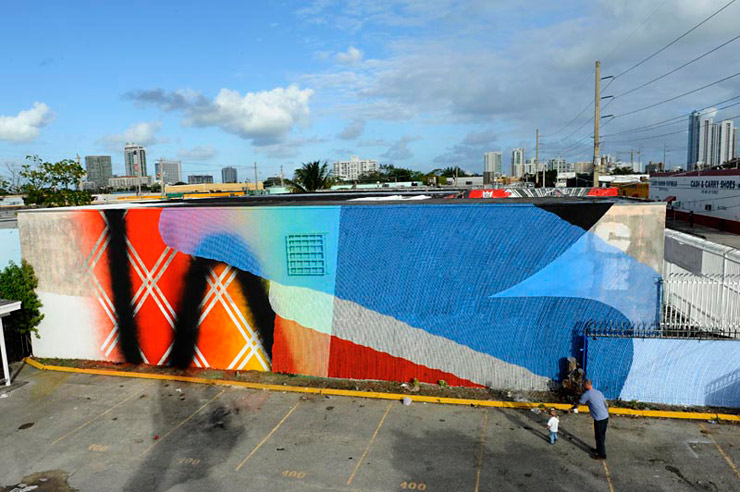 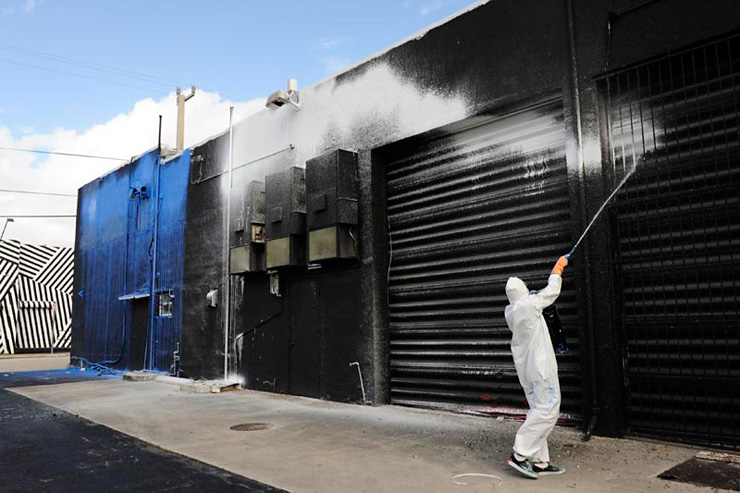 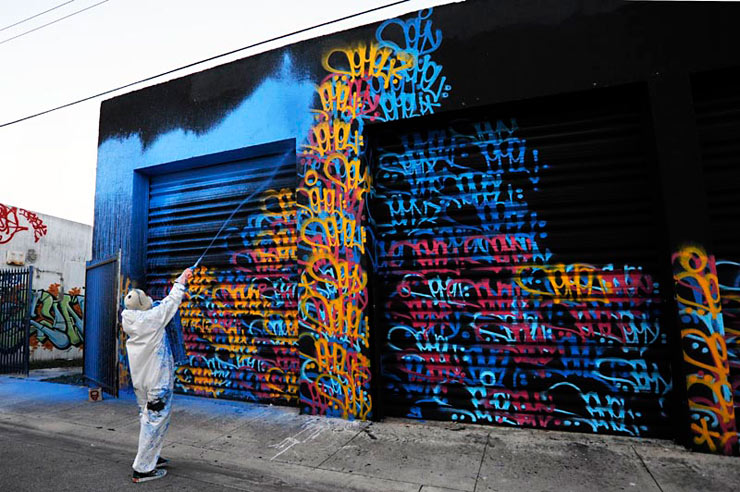 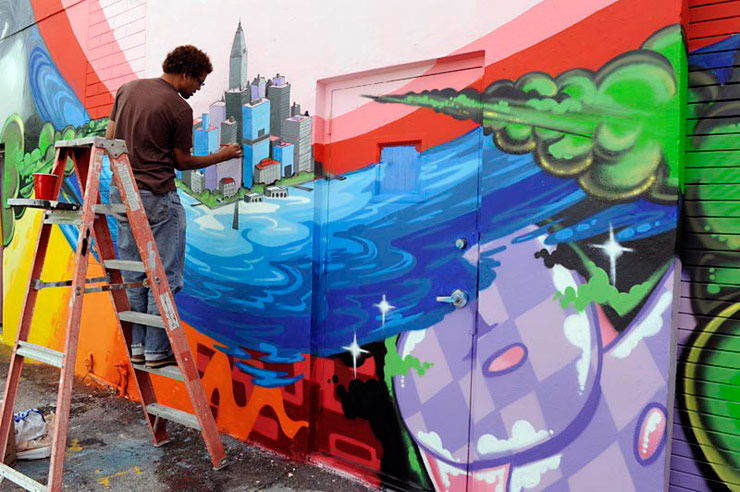 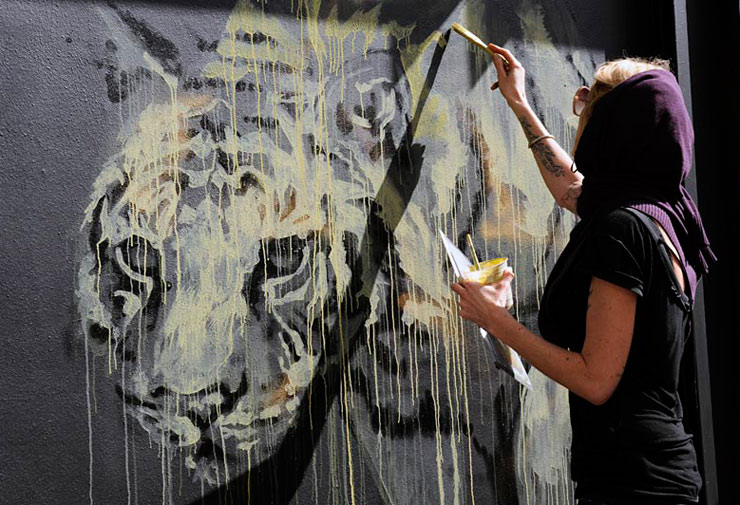 Faith 47 throws on a head scarf and drapes herself across a Wynwood wall. Wynwood Arts District, Miami 2012. (photo © Martha Cooper) 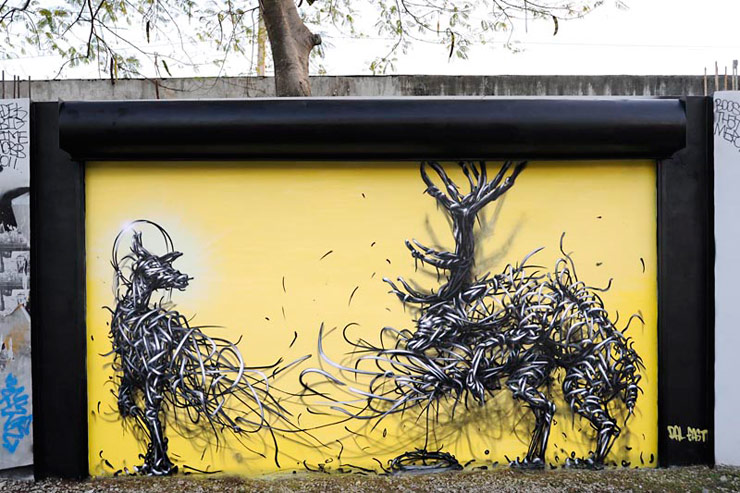 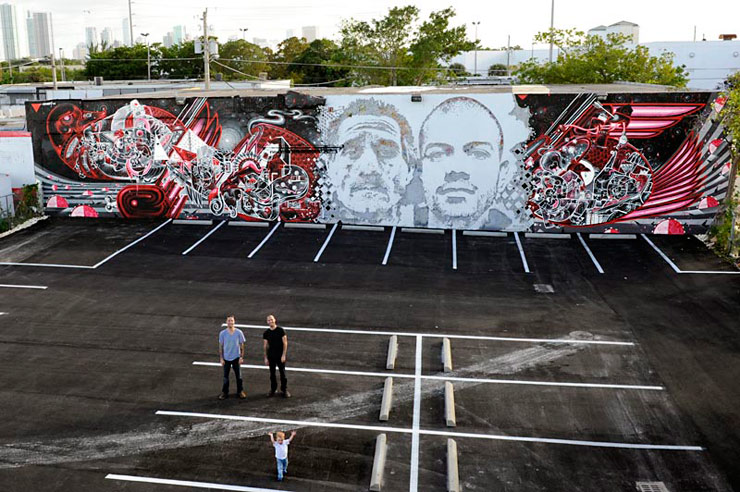 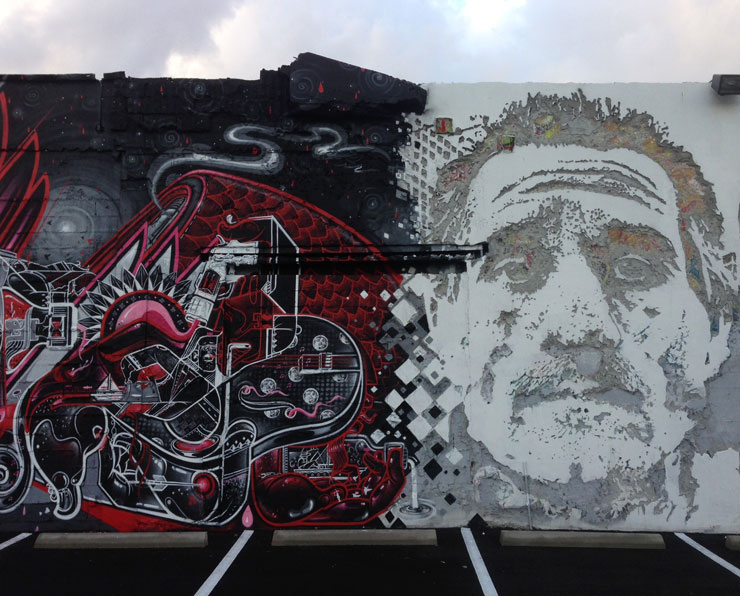 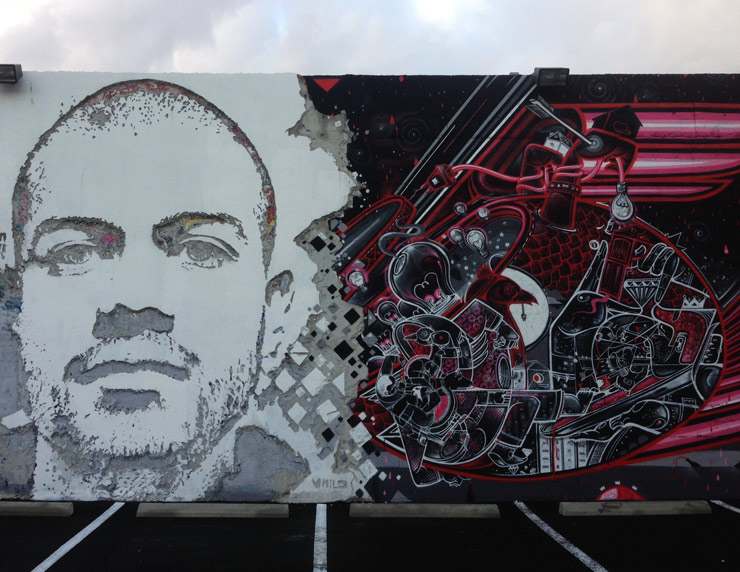 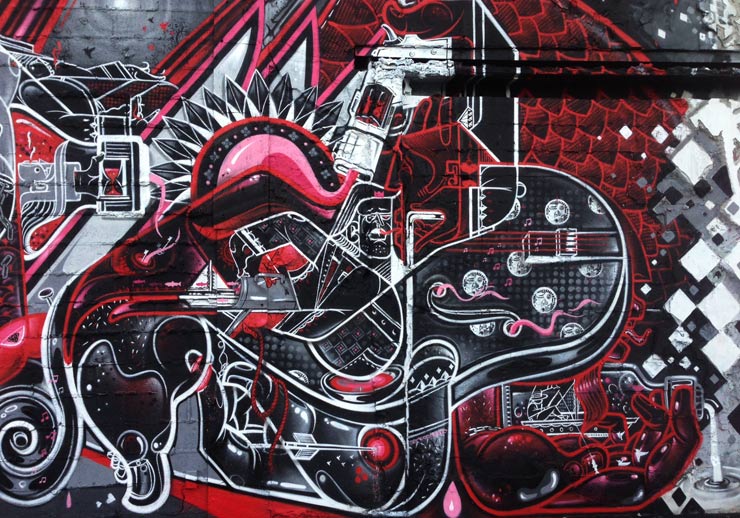 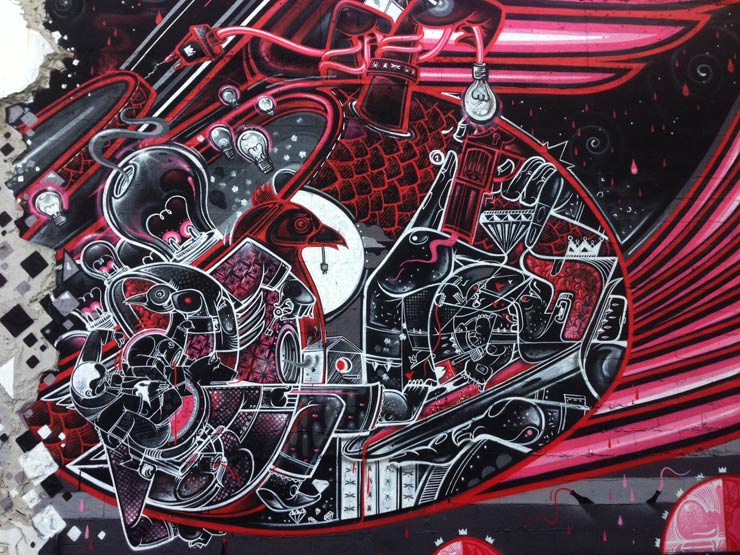 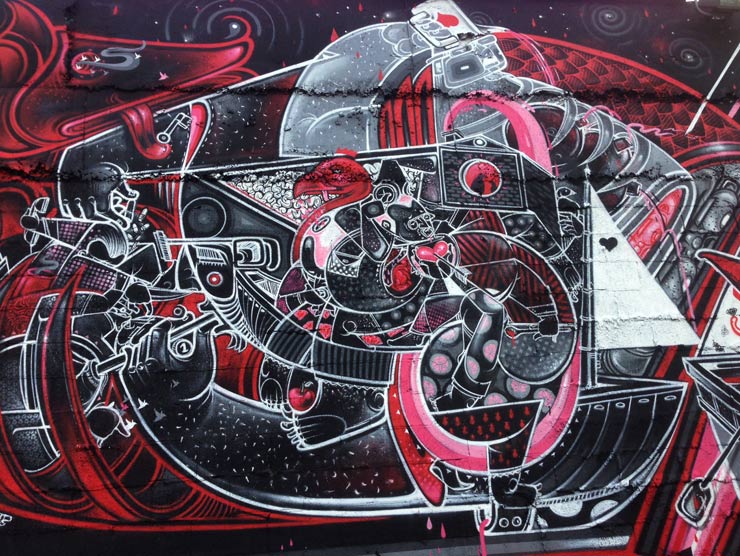