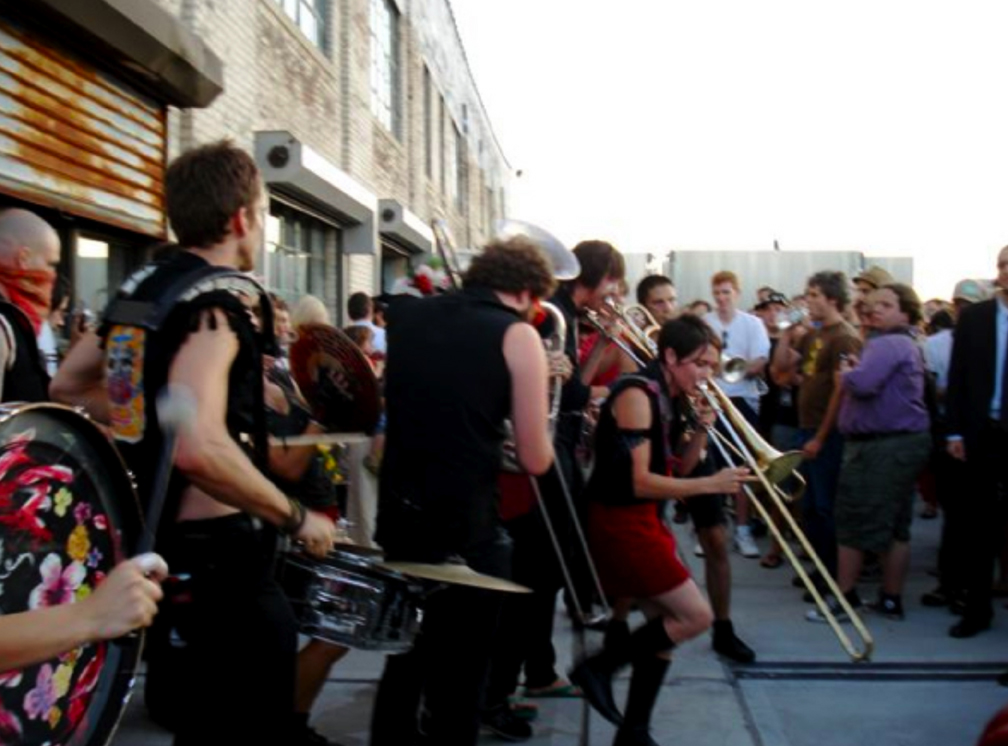 The blessing of the flotilla is captured by photographer Laina Karavani while  the sun sets on the arrival of Swoon’s massive floating installation on the shore.