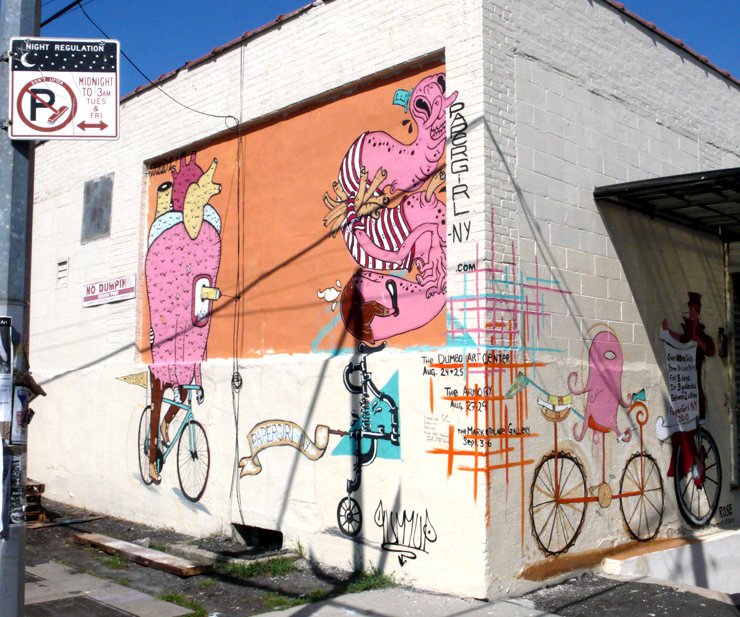 PaperGirl is bringing a new way to experience Street Art to New York this month. Originally debuted in Berlin five years ago the project also offers you something to take home, if you are lucky.

One thing that you will not be able to take home is the fresh new mural in Brooklyn that PaperGirl put up yesterday with the help of some of their participating artists. Helpfully, the map they painted on the corner of the building gives you the schedule and locations of their upcoming events, which is so handy – although not as lightweight as an iPhone. They gave the artists the chance to experience street painting whilst promoting their New York Project where they give out art to people on the street. 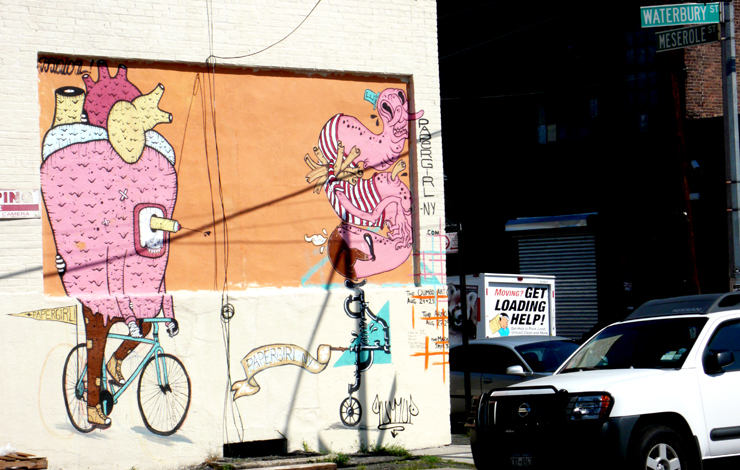 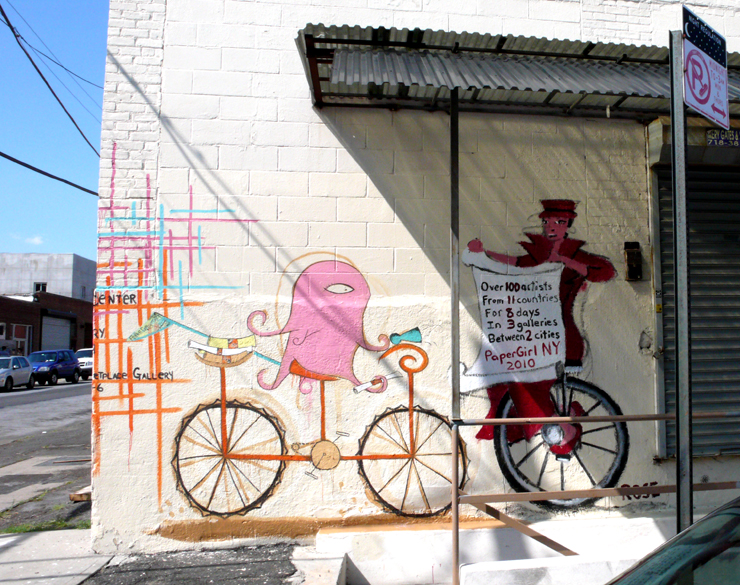 And while PaperGirl-NY was busy with their mural, Gaia and Clown Soldier were busy with theirs on the same huge wall in Brooklyn. Gaia told us that his pieces were done and that RAMBO was going to go over them with his work. By the time BSA was there RAMBO was nowhere to be found. Meanwhile Clown Soldier had some more work ahead. 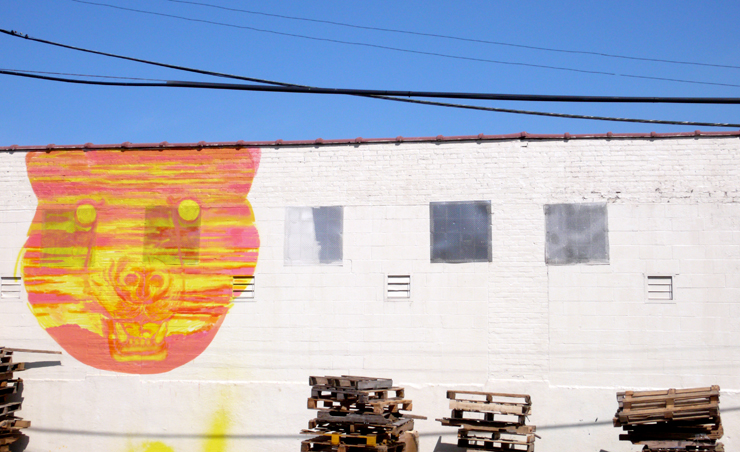 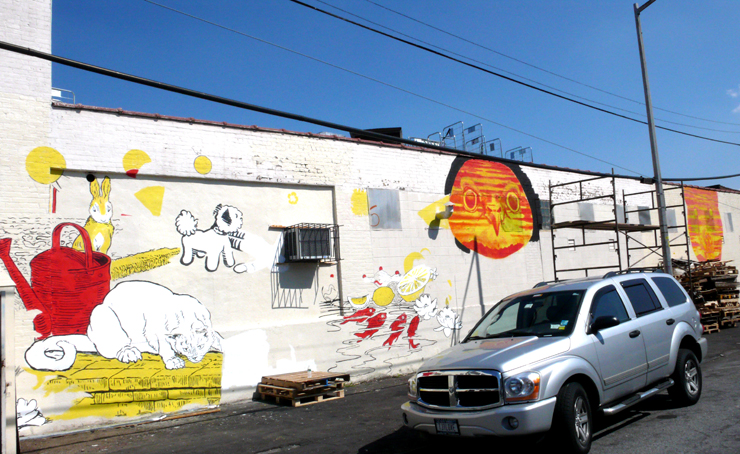 To learn more about PaperGirl-NY Click on the link below: