ROA GOES OVER SELF

While in town for his first solo show in NYC at Factory Fresh Gallery ROA has been busy getting up in Brooklyn. His new piece is nothing short of magic. In an unusual twist on a street art act usually considered a dis, ROA actually goes over himself — and transforms his gigantic hog into a dead rabbit.. 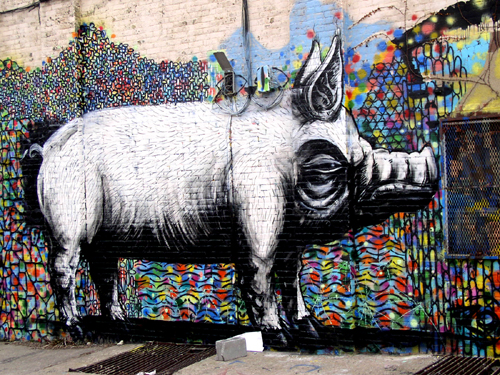 Here is the original swine portrait, which ran for more than a year solidly without interruption (with some help from Noah Sparkes in the colorful background). 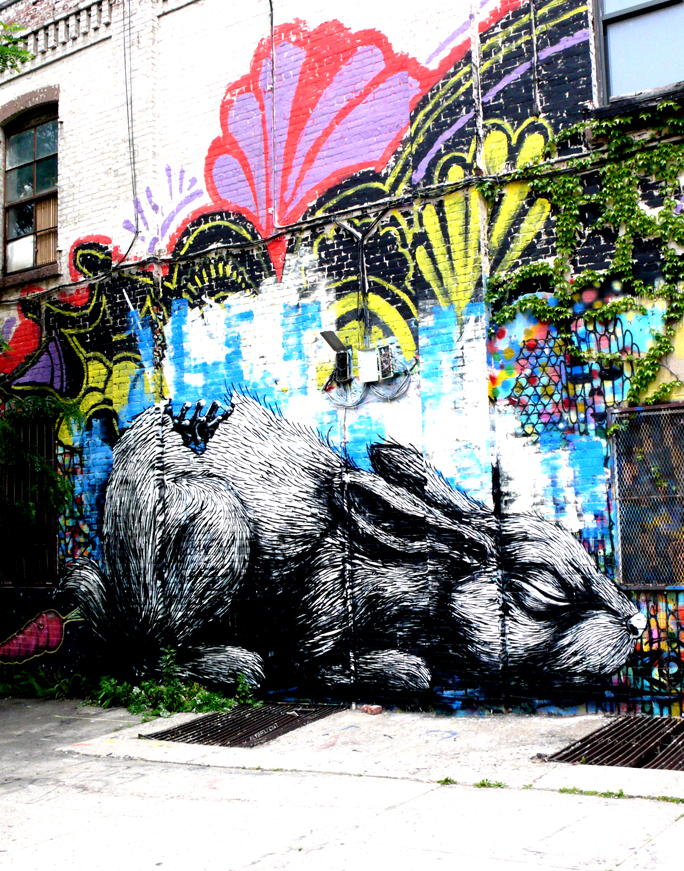 And here is the brand new rabbit pulled out of his imaginary animal kingdom. Following one of his themes, ROA reveals the inner skeletal structure of the animal – it’s bit educational for those who may be taxidermically inclined. 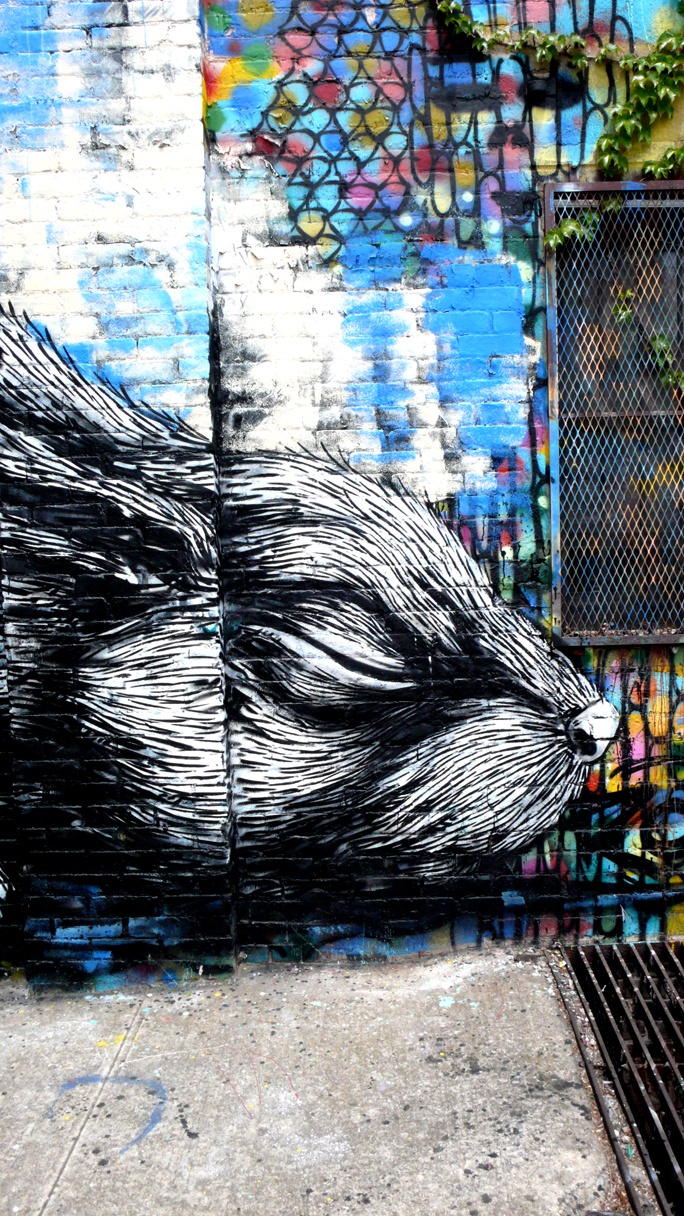 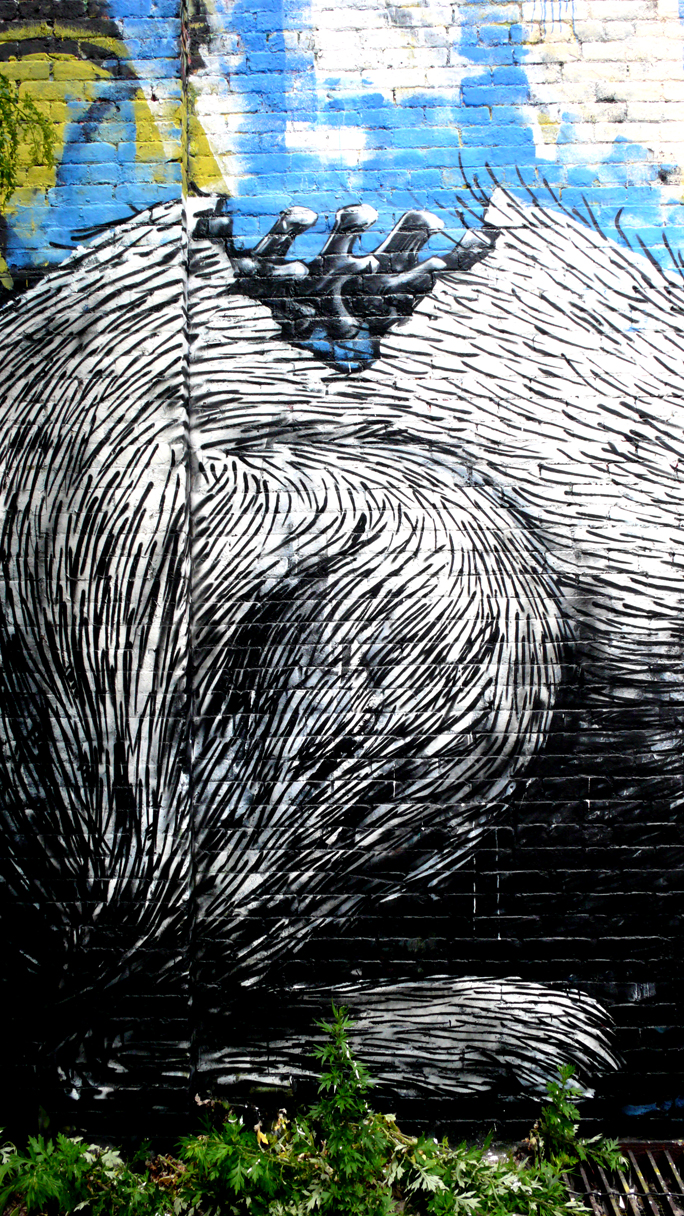