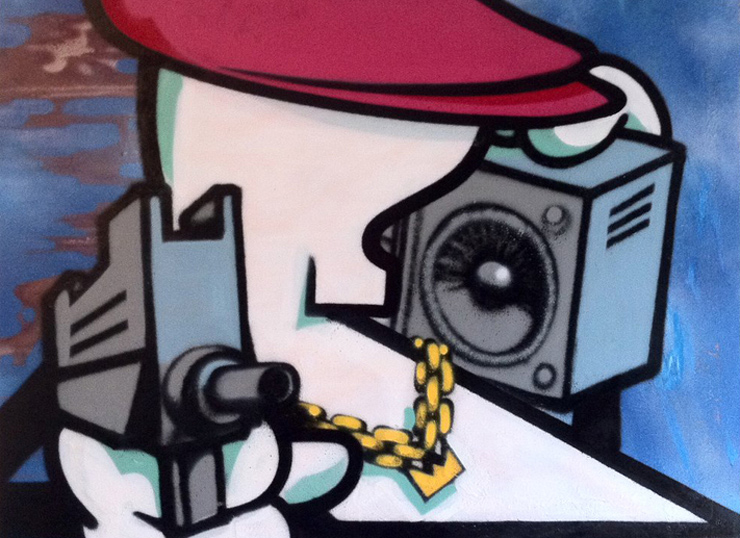 We’ve just started putting up a few of the pieces handed in so far for the Preview of the ROBBO auction @ Pure Evil Gallery
The preview of the auction opens Thursday evening at 6pm but some images of the work donated so far is up already because we want to get on it straight away… so far we have already raised abut £25,000 selling paintings and prints which is going towards Robbo and his family… he has a baby who is 1 year and 8 months old and other children and we’re trying to help the family out. 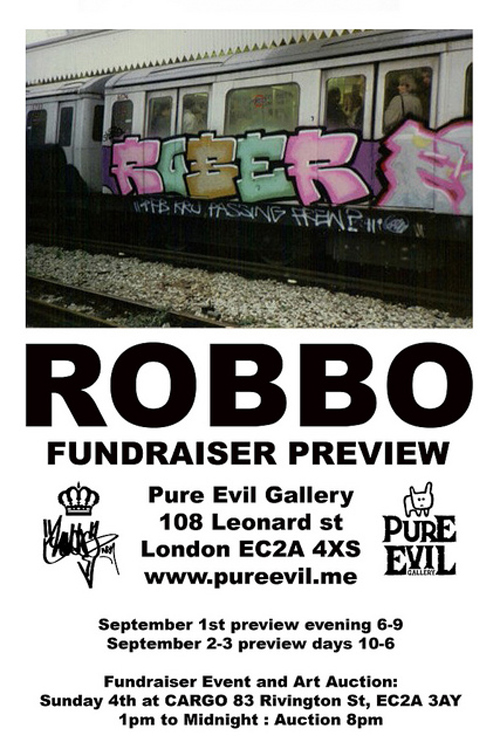 The guy is in a coma still, but he seems to be responding to some commands… anyone who has speculated about his injury and what actually happened to put him in hospital heres the scoop : He fell outside his house and hit his head really badly on some stone steps and he has been in hospital ever since.

I dont care about the graffiti / street art politics behind Banksy vs Robbo thats just a falling out between 2 painters. In the bigger picture of things its meaningless . This is more important than all that, we’re just trying to help out a mate. He’s no angel but he’s had a hard knock (literally) and he needs our help.