A gem of a film, isn’t that what those old timey movie reviewers used to say?  The previously unseen footage of Basquiat shot by his friend Tamra Davis in his studio is probably the most revealing about his short personal history, his meteoric rise, and wild free child within. Less illuminating is some of the self- aggrandizing by those who now lay claim to his history. Equally it is an indictment of a society dealing with it’s legacy of racism, and the misplaced value given to critics with personal agendas. Nonetheless most viewers will understand intuitively the work for what it is and focus on the Brooklyn guy who made it cool to be outside. 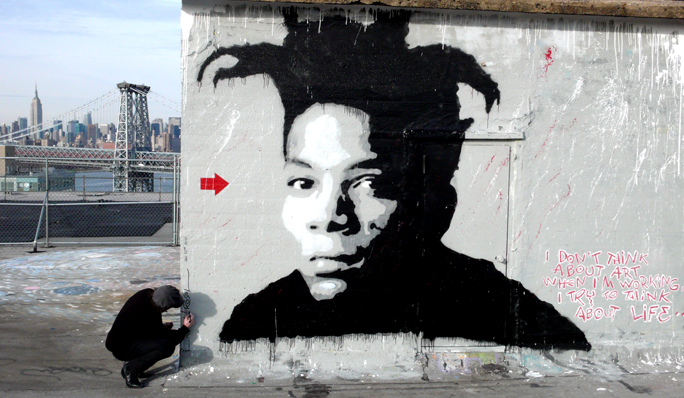 “Fuck Don Pablo Pedro” is the second solo show for this talented Bushwick painter tomorrow and is sure to be fun, colorful, libidinous, and nauseating.  Pandemic Gallery 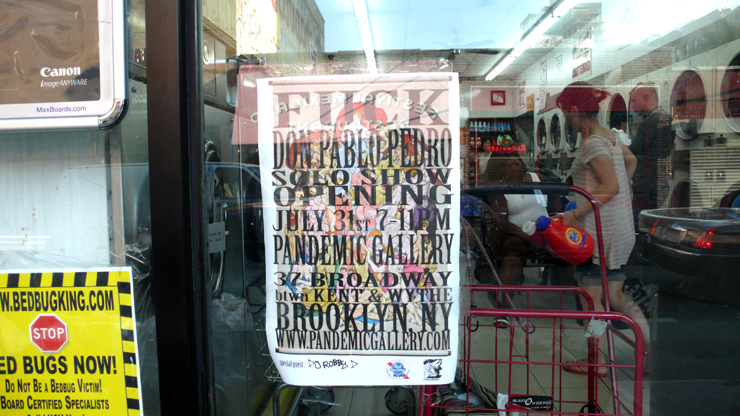 Brooklyn Street Art duo Faile recently took their sculptural installations to an earlier classical period of the Biennial Portugal Arte 10. The pop culture influences are re-contextualized, as they say….

Take the Metro North about an hour up the Hudson to see 30 Street Artists painting live. Is there more to say?

A book signing of “Street Art New York” by Jaime Rojo and Steven P. Harrington will be in the Open Space Gallery from 2 pm to 3 pm.