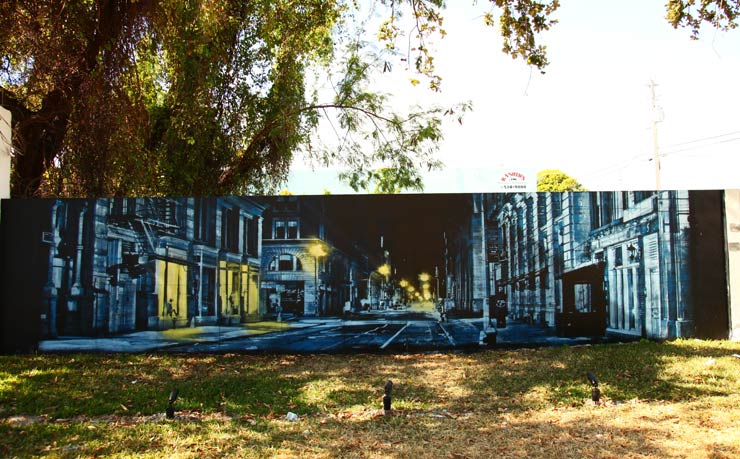 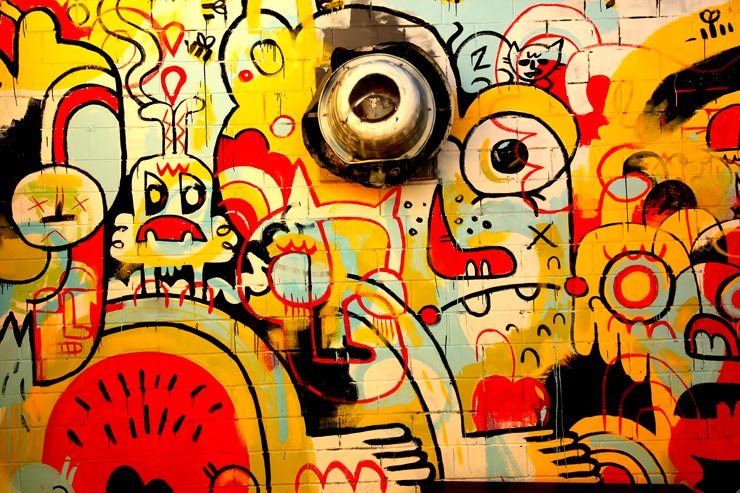 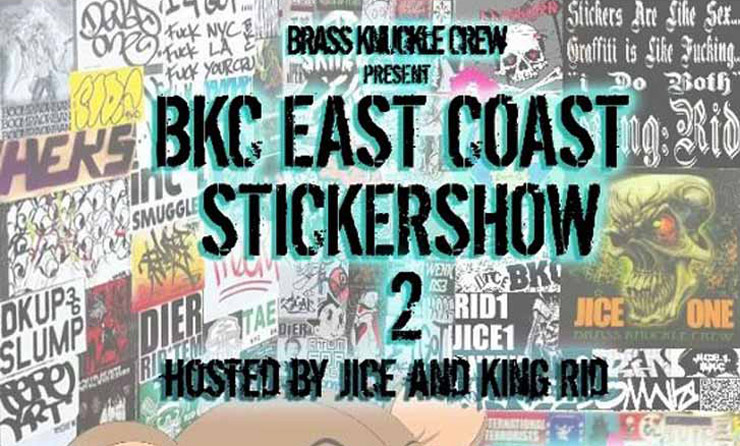 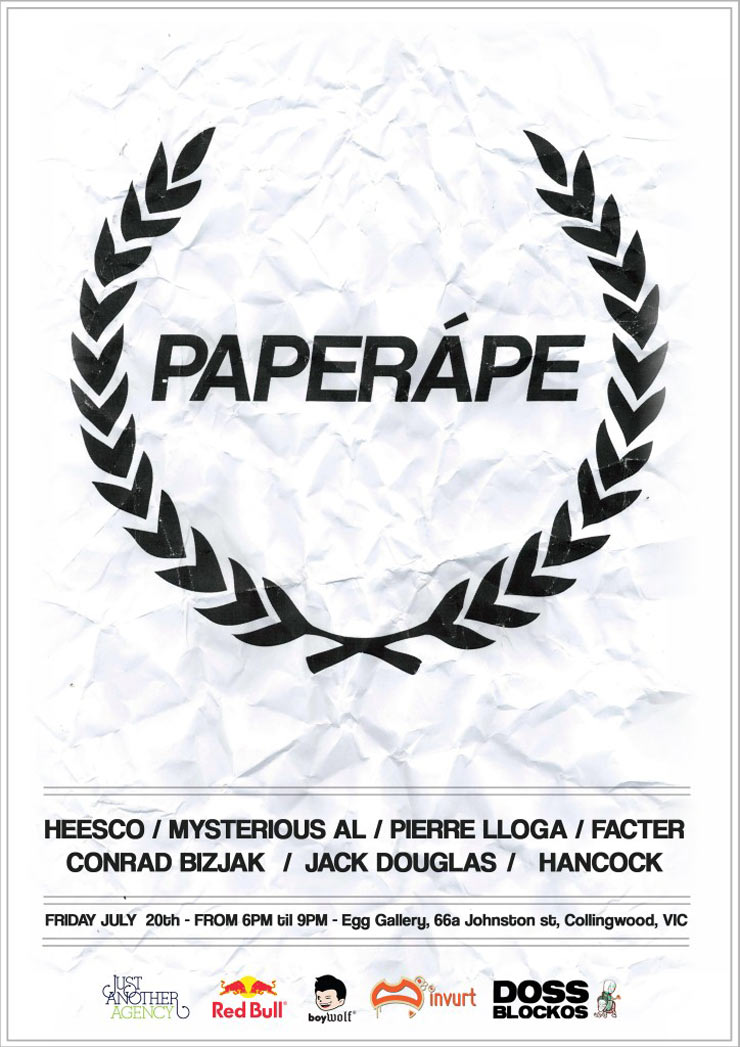 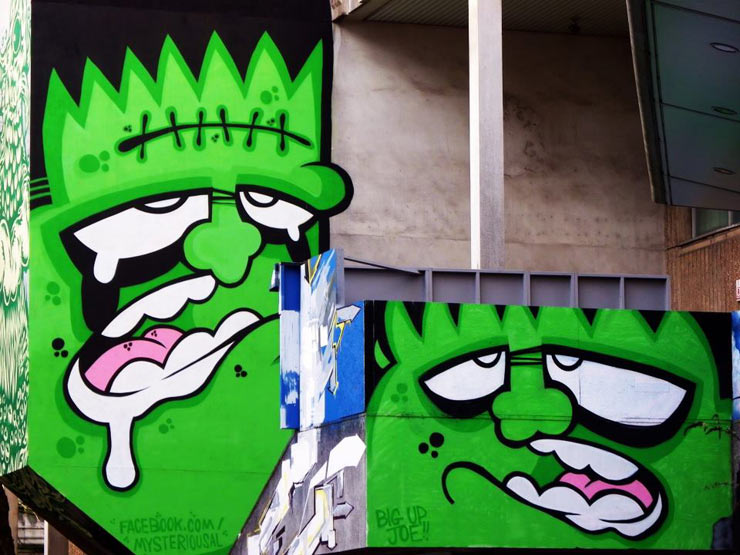 Paperápe is a group show featuring seven Melbourne artists who, over the past year, have formed a collaborative friendship via their mutual love of art. Heesco, Jack Douglas, Pierre Lloga, Facter, Mysterious Al, Hancock and Conrad Bizjak are now coming together to share their passion for painting walls, drawing and enjoying the vibrancy of Melbourne life.

Often finding themselves escaping the trappings of 9-5 work by hanging out and painting on the weekends, these seven artists now paint together under the somewhat humourous moniker of We Spray Weekends (WSW). From the side streets of the suburbs to the cities laneways, exhibitions and live art events, all the artists within Paperápe are all highly prolific and consistently chasing the artistic dream.

Paperápe will be an exhibition of paper based works showcasing each artists unique style and talent, offering  a snapshot of their current directions and a glimpse towards several larger projects planned for the future. With drawings, paintings, collage, prints and other paper based works on display Paperápe is an exciting showcase of current work from a diverse and talented group of friends.