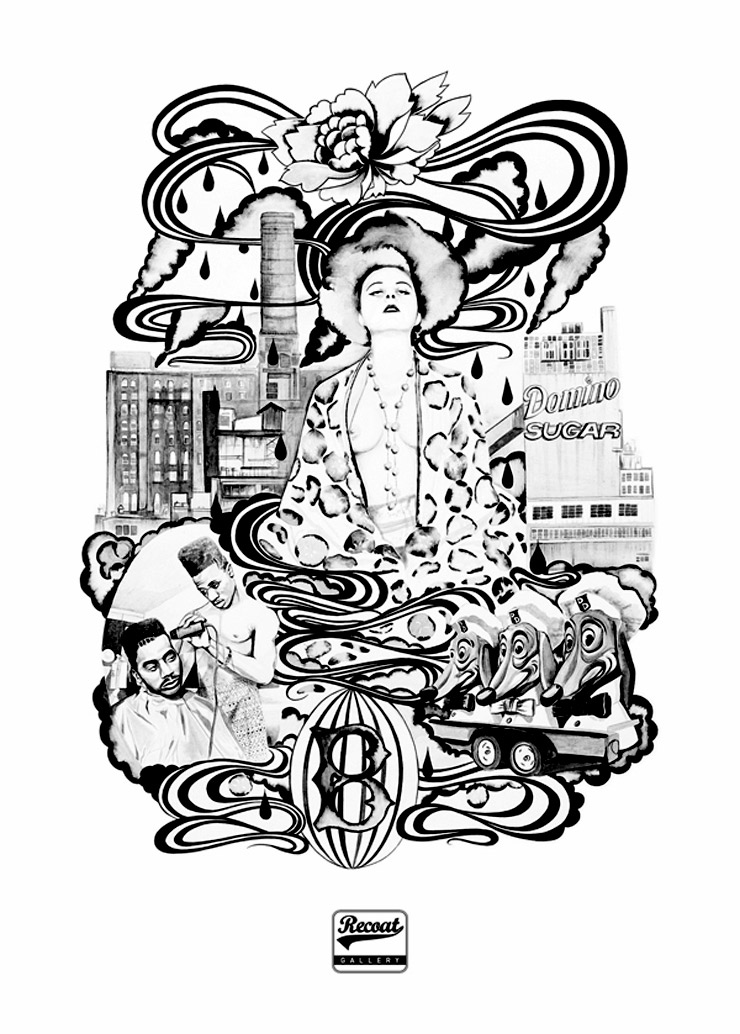 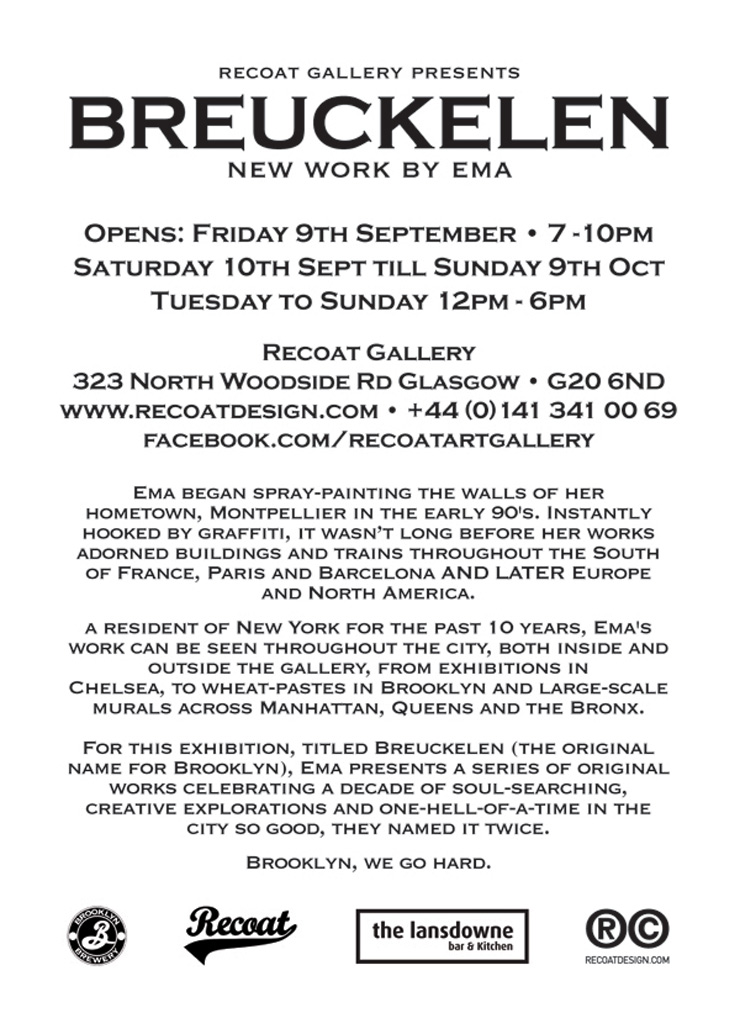 Ema began spray-painting the walls of her hometown, Montpellier (Fr) in the early 90’s. Instantly hooked by graffiti, it wasn’t long before her works adorned buildings and trains throughout the South of France, Paris and Barcelona before moving across Europe and North America.
As a resident of New York for the past 10 years, Ema’s work can be seen throughout the city, both inside and outside the gallery; from exhibitions in Chelsea, to wheat-pastes in Brooklyn and large-scale murals across Manhattan, Queens and the Bronx.
For this exhibition, titled Breuckelen (the original name for Brooklyn), Ema presents a series of original works celebrating a decade of soul-searching, creative explorations and one-hell-of-a-time in the city so good, they named it twice.
Brooklyn, we go hard.
Opposite are some examples of previous work.
The exhibition opens on 9th September 7-10pm. The show will then run till the 9th of October open 12-6pm Tuesday to Sunday. Go read and see more of Ema here- florenceblanchard.wordpress.com/