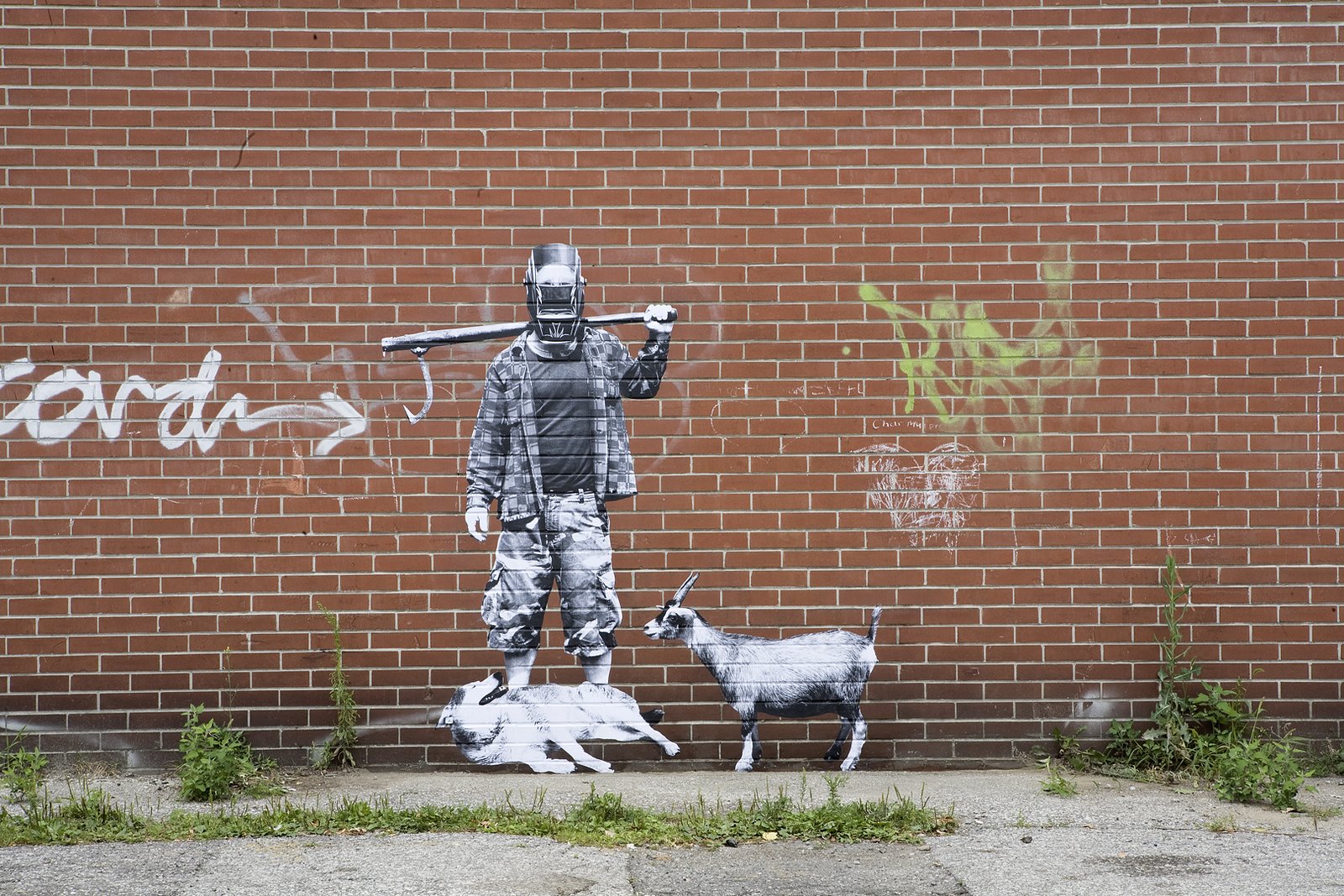 “Artist Shepard Fairey, whose iconic HOPE campaign poster of Barack Obama was a global sensation, is back with a new image that both questions and deifies the President.

Appearing on the cover of the Aug. 20 Rolling Stone, the portrait depicts Obama with a brow knit in determination, surrounded by a halo of stars.” – Daily News

And he had a nice little show there –

“Handcrafted Vectors is all new work that Ive done in a new style that combines different techniques from Street Art into a sort of decoupage/collage style. The influences are as varied as Matisse, Eric Carle, Roger Hargreaves, Colorforms and the Endless Love Crew.” -VPEast.com

Fauxreel brings animals into the picture in Toronto

Haven’t seen his realistic paste-ups in around in quite a while, but just saw this one went up in the great white north.

From Show and Tell Gallery, 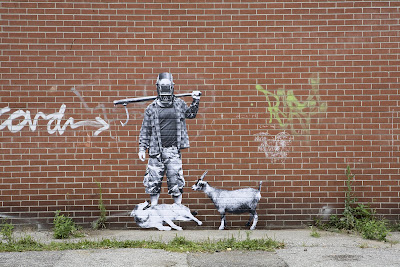