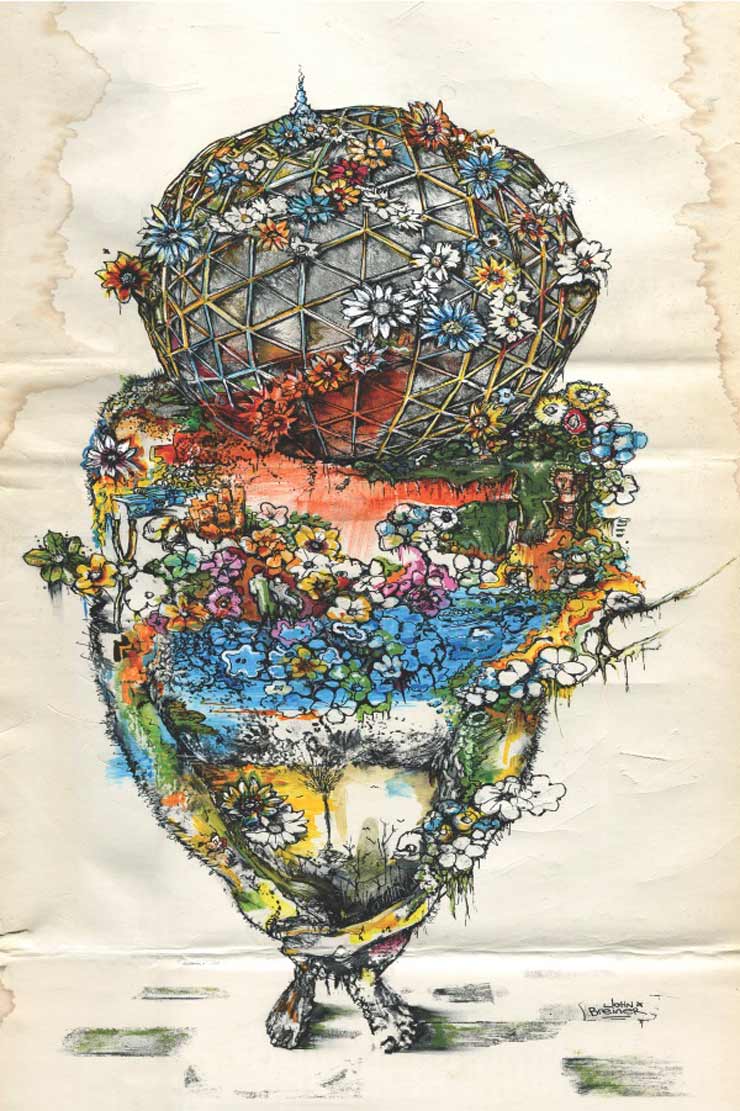 Sooner or Later…We All Make The Little Flowers Grow

A solo show by John Breiner

Life, death and rebirth, the constant cycle of existence.  Yet, the turbulence of a shifting dynamic on the planet has caused a major disruption in the natural order of things.  In this modern age, the Earth’s climate is increasing, causing certain aspects of flora and fauna to gain a foothold on developed land and take advantage of recouping expanses of once settled areas within the great American landscape.  Through chaotic economic conditions and unforeseen disasters, devastating setbacks have allowed once expelled elements to creep back into the neglected expanses, reaping havoc on our forgotten structures.  This encroachment of the wild upon once settled habitat symbolizes mans weakening grip on world.  Mighty Tanaka is excited to bring you our next solo show, Sooner or Later…We All Make The Little Flowers Grow, featuring the thought provoking artwork of John Breiner.   His juxtaposing views of the planets continual reclamation exemplifies the significant impact of our actions within an ever changing terrain.

Sooner or Later…We All Make The Little Flowers Grow suggests that humans have become an invasive species as the population has been growing with rapid acceleration.  The natural world responds by enacting new systems to rapidly break down buildings and infrastucture.  John Breiner references this to symbolize the decomposition of society and the spread of positivity to overcome all obstacles.

John Breiner uses a mixed media approach to his work that includes elements of photo transfer, acrylic paint, spray paint and illustration upon found books and old sheets of paper.  Through his beautiful interpretations, the work comes to life, inviting the viewer to visit to take a step closer and unravel the contrasting enigma.