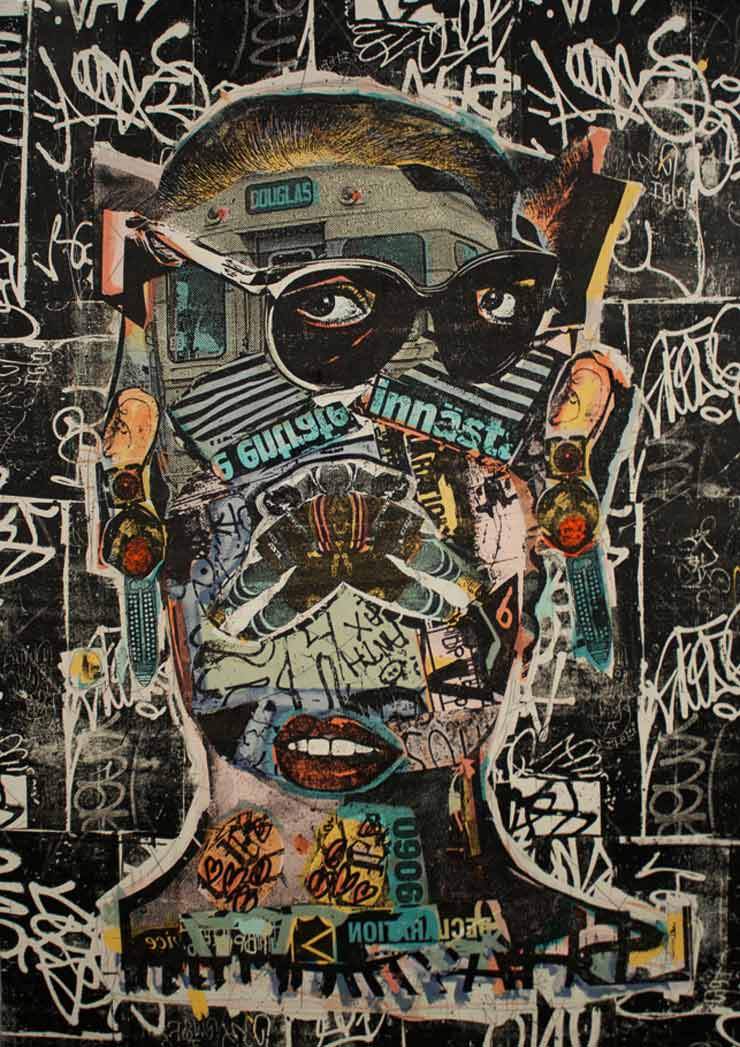 Brooklyn-based artist Bast has been an important part of the street art scene for the past 10 years both in New York and Europe, where his wheat-pasted images feature prominently across the urban landscape. An elusive character that has rarely been seen in public, and whose very existence has been debated, little is known about Bast’s work outside of what the public sees throughout New York’s urban environment. Fortunately, more has become known about the artists as his images have evolved to gallery-exhibition status in recent years.

Bast is held in high regard by his fellow contemporaries such as Banksy, Faile, and Paul Insect. In 2010, Bast collaborated with the artist collective Faile on a conceptual video arcade project called Deluxx Fluxx. This project allowed the audience to interact with both of these artist’s work in an arcade game form. While not reviewed heavily in art publications, Deluxx Fluxx received favorable reviews by noted journalists such as Stephen Heyman of the New York Times who argued “art can be diverting, but people sometimes need winners and losers to get in the game.”

For Bast’s first solo show in New York City in 2004 at Transplant Gallery, fellow elusive artist Bansky wrote the introduction to the exhibition’s catalogue. His words give a glimpse into the personality of the artist: “Bast is an artist who represents for Brooklyn. He does this by writing ‘BAST-BROOKLYN’ on other people’s property (and in one case when visiting London the side of a moving red double-decker bus). He does this by speaking with a deep Williamsburg drawl that makes Al Pacino sound like a girl, but mainly he does it by making art that actually feels like Brooklyn. The borough is said to contain every culture and race that exists on the planet earth but that doesn’t necessarily make it interesting- so does the United Nations building but who wants to look at that? The key to Bast’s appeal is not being very responsible. The work isn’t so much a ‘melting pot’ of culture as a food blender, set on max and left until the motor burns out…”

Banksy adds, “His art is fast and loose and cheap, which is strangely why it endures, it’s punchy and it has value. As the great disgraced film producer Robert Evans once said “it’s irreverence that makes things sizzle, its irreverence that gives you a chance of truly touching magic…”

Bast’s work is also appreciated by many in the fashion industry. He has collaborated with Agnes b. on several occasions, who was an influential figure in the art world in the 1980’s during the peak careers of Haring, Warhol, and Basquiat and continues to cultivate artist’s careers today. Bast also teamed up with renowned fashion designer Marc Jacobs to create a clothing collection for one season that eventually lead to creating a 5 season long collaboration. This was a career highlight for Bast as Marc Jacobs had only worked with Takashi Murakami and Kaws previously on his collection label.

Bast’s current show at Opera Gallery New York, “Germs Tropicana,” displays a new direction for the artist, one where Abstract Expressionism meets Pop-Art. In addition to this new style, this group of work continues to explore his already know collage style of faces. The imagery in these pieces appear similar to giant petri dishes, where his text and pop iconography, aka germs, take over the canvas. This body of work is the evolution of Bast, and ties together many of the different styles which he has created over the years. 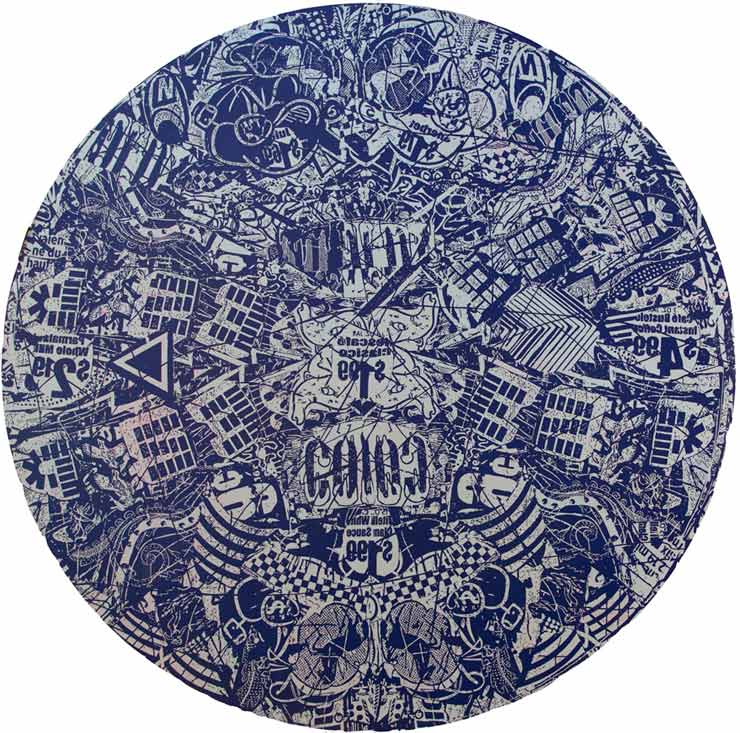 Street Artist Olek Goes To Jail in Poland
Street Artist Olek went to jail this week. We’re pleased to report that she made quick friends and crocheted a 65 foot long wall hanging. “Pocaluj Przyszlosc” (Kiss the Future) is inscribed in a hand...
BSA Images Of The Week: 09.18.16
We debated whether or not to open today's edition of BSA Images Of The Week on a political note with new Donald Trump related art or with an uplifting image of an almost universally recognized s...
"David Bowie is" Coming To Brooklyn in March
For those who felt that they lost a friend when David Bowie died two years ago, a new exhibition organized by The Brooklyn Museum will bring him back to you for a moment. For those who refuse to speak...
Christopher Derek Bruno and his 10K SF Color Intervention in Seattle
'Darkness cannot drive out darkness; only light can do that. Hate cannot drive out hate; only love can do that.' ~Dr. Martin Luther King, Jr. That’s the quote Seattle’s Christopher Derek Bruno...
Tahiti So Long : BSA X ONO'U Festival 5: Bora Bora
Last week BSA was checking out French Polynesia to get an appreciation for the Street Art, graffiti and street scene there while the 5th Annual ONO’U was taking place. BSA readers joined in the tropic...
Bast Brooklyn Street Art Manhattan NYC Opera Gallery