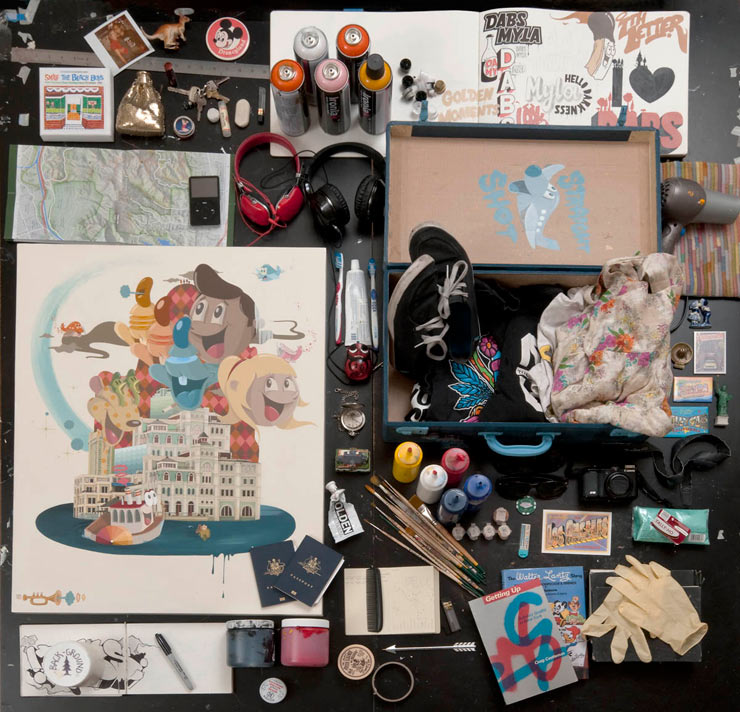 Josep Fernandez Margalef x Rice Create Connection: "Esperança" (Hope) in Barcelona
Today we go to Barcelona in Spain, where the country held a memorial ceremony July 16 to honor more than 28,000 people who have died there from COVID-19. This new mural contemplates what it means to ...
BSA Images Of The Week: 02.05.17
It's surreal to be on the south side of the US border when Trump has just signed an executive order to build a wall, decides to try to pick a fight with the President of Mexico and drops a travel ...
MONUMENTA Opens: The Intelligence Of Many / Leipzig
MONUMENTA: The Intelligence Of Many. Below is an excerpt from our press release on this weekend's MONUMENTA TALKS which BSA is hosting for the opening of the Monumenta exhibition in these...
Icy & Sot: "Giving Plant" Gives Plants to Refugees
Springtime makes you do spontaneous acts of nature – like running to the local plant store or corner deli to buy a plant for your mom, or your grandma, or that colorful guy who runs the laundromat on ...
Adele Renault, BSA Wishes And Hopes For 2019
Adele Renault, painter of realistic portraits of pigeons and people, Street Artist, muralist, Belgian I've been feathering many nests this year but this pile of containers best represents the piles of...
123 Klan Aaron Askew Augustine Kofie Axis Brooklyn Street Art CA Cat Cult Culver City De La Cruz DsCreet Dvate Eine Elliot Francis Stewart Ephameron Greg Lamarche Honkey Kong (aka Adam Hathorn) Johnny 'KMNDZ' Rodriguez Kc Ortiz Kem5 Logan Hicks Luke Chueh Mark Mulroney Meggs Misery New2 Pose Remi Rough REVOK Rime Stormie Mills Tatiana Suarez thinkspace gallery Tom Gerrard Tristan Eaton Witnes and The Yok