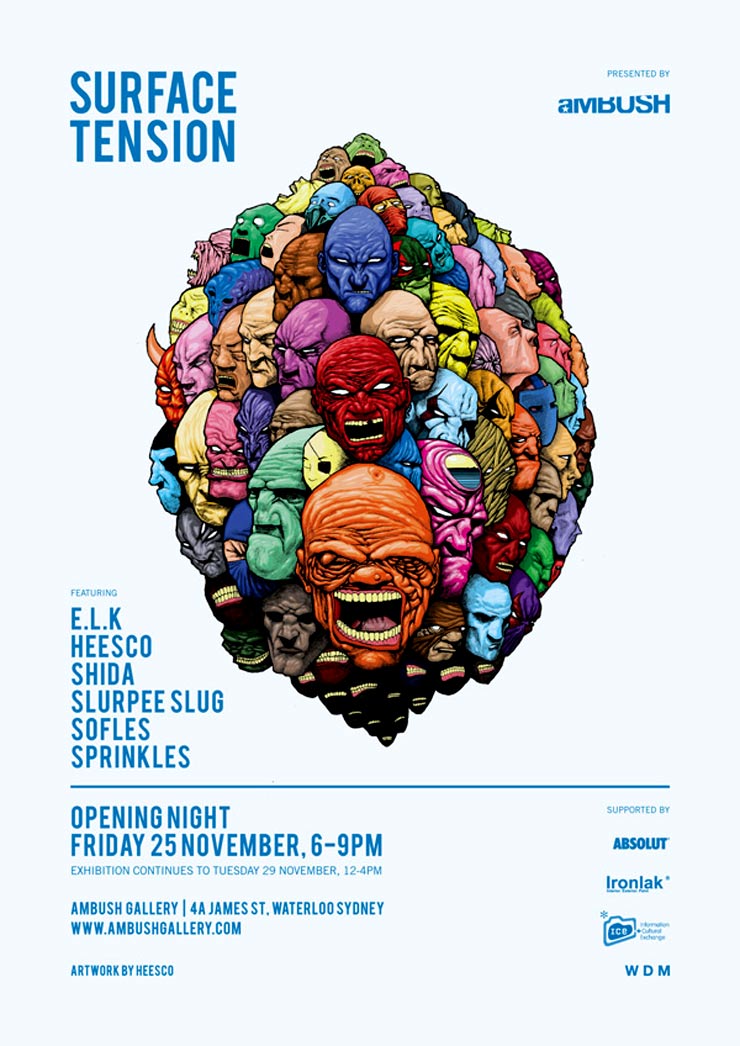 Addison Karl: A Story of Stories as a Muralist Moves into Sculpture
“It makes you really understand the world in a really different way – of how you take responsibility for what you are doing.” Addison Karl. Amazon Artist in Residency Program. (photo © James Harno...
Johannes Mundinger "Below The Fog" in Berlin
Indoor and outdoor merge in shifting slabs of memory that slip and stick in this new Berlin wall by Johannes Mundinger. In work that similarly slides from representative and abstract, the work of the...
Icy & Sot and a Man of Trash in Tbilisi, Georgia
15 centuries old, Tbilisi may not last as long as this garbage man sculpture by Street Artists Icy & Sot. Icy & Sot.  "Human reflection on nature". Tbilisi, Georgia. May 2017. (photo ...
BSA Film Friday: 07.10.15
Our weekly focus on the moving image and art in the streets. And other oddities. Now screening : 1. Joe Caslin and The Castle 2. Luxury Living 3. BISSER in Williamsburg: 4. La Machi...
Swoon "The Road By Walking" and Artist Talk with BSA
An Inside Look at The Imagination and Energy of Swoon and "The Road By Walking" This is how the road is made. Swoon invites you to take another step with her. It’s been an enormous success this week...
Ambush Gallery Australia Brooklyn Street Art E.L.K. (Luke Cornish Heesco (VIC) Shida (QLD) Slurpree Slug (NSW) Sofles (VIC) Sprinkles (NSW) Sydney Vic