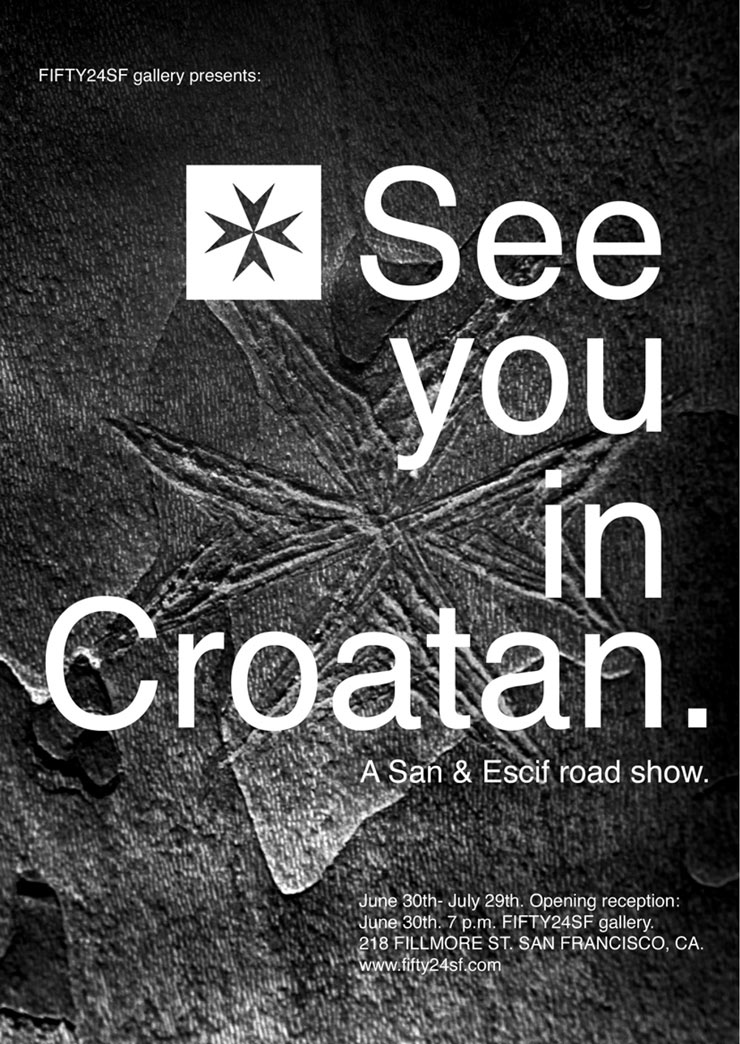 “We were taught in elementary school that the first settlements in North America failed; the colonists disappeared, leaving behind them only the cryptic message “Gone to Croatan”. The very first colony in the New World chose to renounce its contract with the Empire and go over to the Wild Men. They dropped out. They became ‘Indians,’ ‘went native,’ opted for chaos over the appalling miseries of serfing for the plutocrats and intellectuals of London” – TAZ, Hakim Bey

“See you in Croatan” is an experimental research project which will cross the lives and experiences of two friends, Spanish artists San and Escif, in a random road trip across the West Coast of the United States. Their mission is to work as far away as possible from doctrines, imperialisms and linear reasoning, searching for beauty in errors and fortuitous tools, working with intuition and hazard; trying to light relations, transitions and processes; working with research as the way itself; understanding chaos as an ideal space for creation. 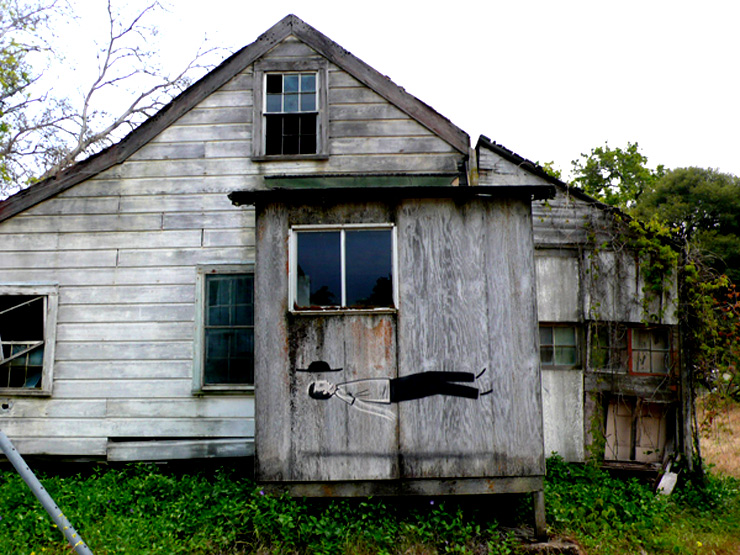 From Escif:
I’ve spent a few days thinking about the project, and about the way we are approaching it. The idea of generating a third language seems like it’s not working very well, at least not in a practical way. Certainly it is a path that should become stronger during the journey, but so far it has seemed to be more of an impediment than the correct path. We already knew that teamwork is very complex, but I think it is a lot harder when the roles on the team are not well established. Because then the fight between the two egos grow to see who is the one directing the movie (I´m thinking out loud) and its something that gets more complex when the two directors (you and I) have such different ways of working.

From San:
I completely understand what you say. I think we have to be practical, although we both like to navigate riskier terrain than we normally would on our own. Team work is hard, and even more so when obsessive perfectionists like us work together, each with our own story, but it is what it is. When I made the two drawings that I sent you, I always thought that what I was doing was twisting my work a little bit to get closer to a new “skin”, not so much trying to invent a third language. I think that´s exactly where the focus of the expo should be, in making an effort to get out of our safe zone and dig into something a little less personal, but using our powers, of course…

You're Fired!!!
New Yorkers are currently literally dancing in the streets, banging on pots and pans out their windows, honking car horns, playing drums, setting off fireworks - since the word spread that the city's...
Army Of One, Inspiration To Many : Jef Campion
New York’s Street Art and graffiti scene learned this weekend of the passing of one of its artists, Jef Campion, who went by the name of Army of One/ JC2. Jef died at his home in  Yonkers Friday night...
QRST Sends You Dead Flowers : The Time of the Season
For everything, there is a season. Now that autumn turns to winter we see the remainder of the leaves and the flowers succumbing to the cold temperatures and bitter winds. As an experiment this fall t...
Michael Beerens: Stop Slavery
Modern slavery takes many forms, and is known by many names: slavery, forced labor or human trafficking. A star of yesterday's BSA Film Friday, here is French Street Artist Michael Beerens sharing pi...
"I Can't Breathe!": Answering the Call with Art on the Streets / Dispatch From Isolation # 71
The murder of George Floyd in Minneapolis on Monday, the murder of Ahmaud Arbery while jogging in Georgia in February, the racist threats and intimidation toward Christian Cooper over the Memorial Da...
Brooklyn Street Art CA Escif FIFTY24SF Gallery San San Francisco