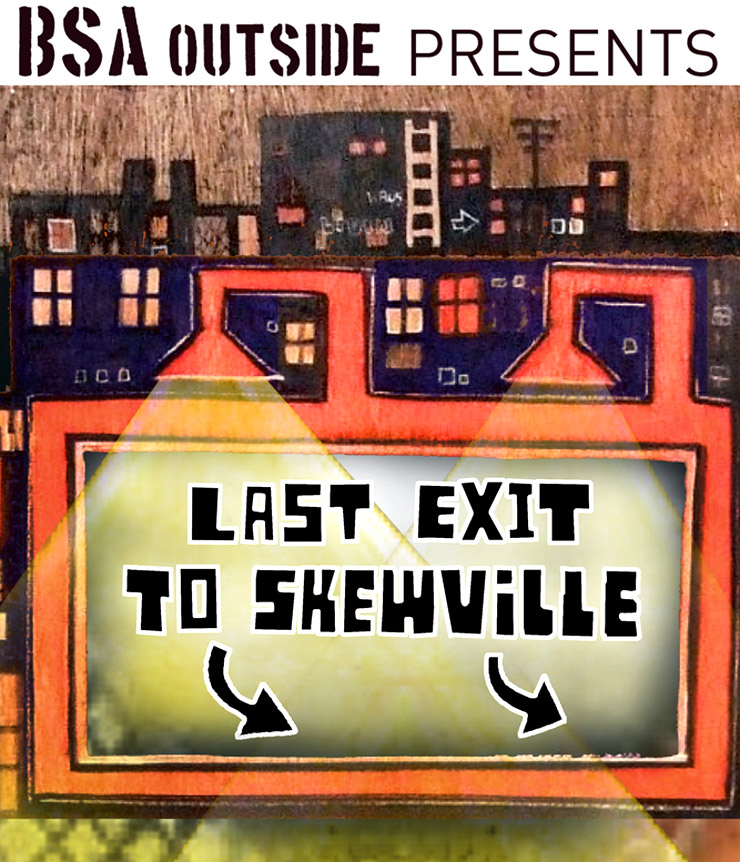 OLEK: Wishes And Hopes For 2018
As we draw closer to the new year we’ve asked a very special guest every day to take a moment to reflect on 2017 and to tell us about one photograph that best captures the year for them. It’s ...
New Ethereal Works From Rubin 415
Many people say that Street Art by its nature is necessarily ethereal because it is often damaged by the elements or destroyed by others.  Your expectation for it's brief lifetime is tempered with the...
Dourone with Elodieloll: "Pura Vida" en Costa Rica
The Madrid born illustrator Fabio Lopez aka DOURONE just completed his new mural with Elodieloll in the Costa Rican village of Jacó. You may be familiar with his earlier monochrome figurative and surr...
Scott Albrecht Mural Painting in Denver : A Family Affair
Brooklyn artist and designer Scott Albrecht usually works with collage or wood for his fine art of geometric patterning that hearken an arts and craft modernism of the 1970s. Now he has just completed...
MurOne "Video Games" for Contorno Urbano 12+1 Project in Barcelona
“I don’t have a job and a stable life, but painting and giving life to places that don’t have any is very gratifying,” says the graffiti/Street Artist about his wall completed for in September for the...
Brooklyn Street Art BSA Outside Crest Fest Norhtside Open Studios Skewville