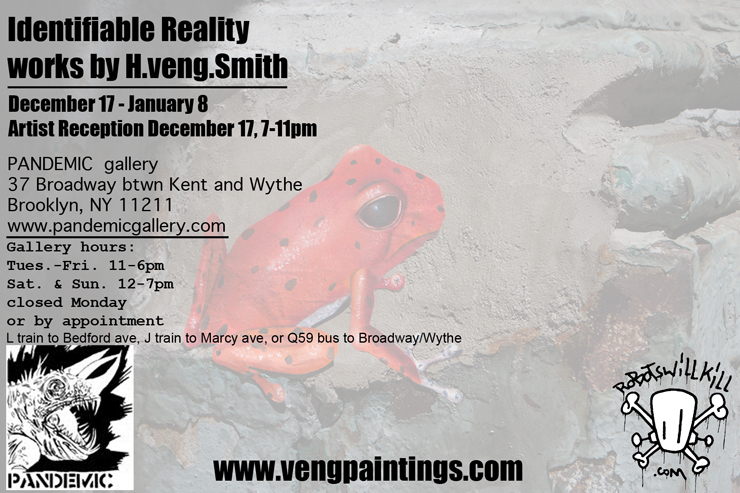 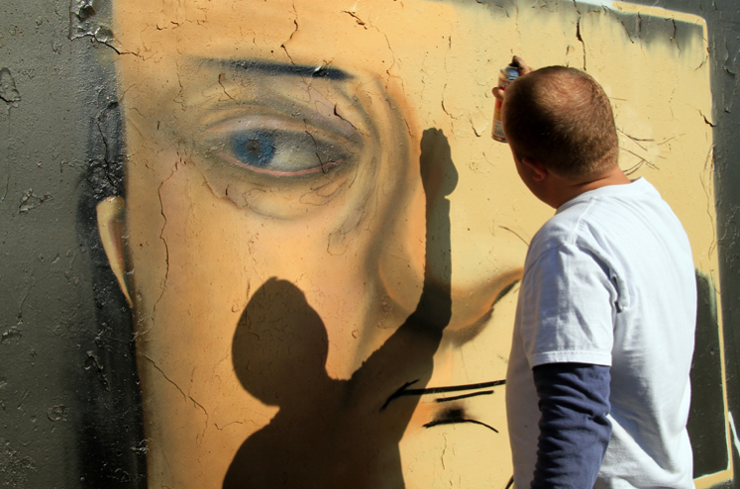 In his first solo show, Veng takes us back to simpler times, to an era when things were made to last. Inspired by the artistry and work ethic of his grandfather, who hailed from a family of Swedish carpenters, Veng’s detail-rich paintings focus on the craftsmanship of the handmade. Embracing the handmade aesthetic to the fullest for this exhibition, Veng had custom mahogany panels built and crafted his own paints from simple pigments and linseed oil. Blurring the lines between the substantive and the imaginary, his paintings depict a world populated by a cast of stoic characters and whimsical winged creatures that interact with wooden contraptions more phantasmagorical than real. Drawing equally on the Old Masters and modern-day illustrators, Veng’s work possesses a timelessness not often captured by his contemporaries.

Born on Staten Island in 1981, Veng began studying painting as a young kid at a local art league. Since then, painting has remained an integral part of his life. With his work, he looks to capture the feel of something made long ago, be it characters with old-fashioned appearances or objects with Old World designs. He depicts ideas in his paintings in a representational and faithful manner, yet conveys them visually with a whimsical touch.

Borrowing from techniques of the Northern Renaissance, Veng paints by building up multiple layers. His thought process for painting, however, is less traditional and very much informed by his background in street art. He aims to make surreal impressions, with characters whose square heads are on the one hand very unreal, yet whose facial features are eerily familiar. He enjoys depicting scenes showing the viewer fictitious landscapes of an Old World interspersed with contemporary qualities. Nature also plays an important role in Veng’s work. He shows animals in a more traditional manner, painting them with realistic colors and textures. Often he’ll couple animals with imaginary devices that they control.

Whether on a panel in the studio or on a wall in a city, through his work Veng tries to convey a playful world of mixed inspirations. “Identifiable Reality” will run during Pandemic Gallery’s regular hours (Tues-Fri, 11am-6pm; Sat-Sun 12pm-7pm) from December 18th through January 8th, with an opening reception on Friday, December 17th, from 7-11pm. Pandemic is located at 37 Broadway in Williamsburg, accessible via the L subway (Bedford stop), J subway (Marcy stop), and Q59 bus (Broadway/Wythe stop).