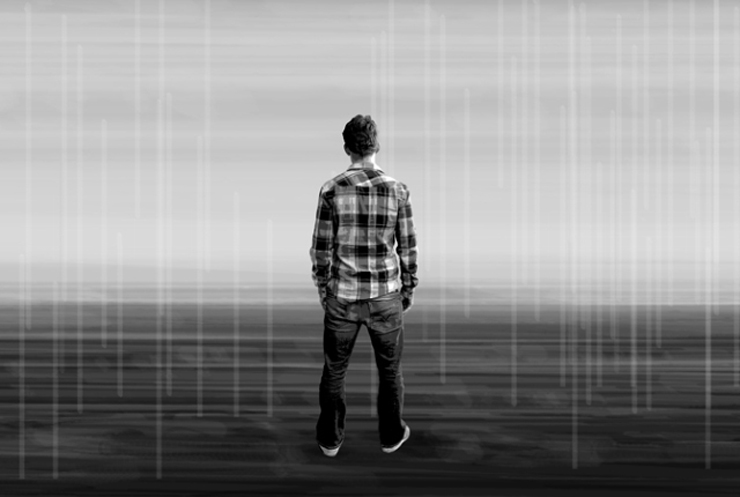 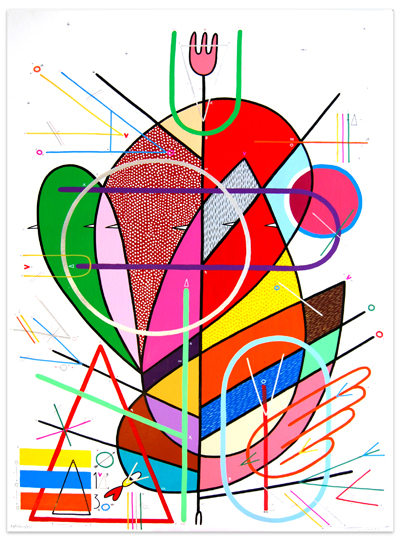 Sixart "Turkey in Motion" Image courtesy of the Gallery

Four brand new works on paper from Sixeart will be on display in the gallery showcase room from November 13 to December 11.

Carmichael Gallery Invites You to Attend

A Showcase of New Works by Sixeart

Artworks included in the exhibition range from works on canvas, wood, MDF and paper to mixed media sculpture, a large site-specific mural installation and a video presentation.

A showcase of new works on paper by Sixeart will be displayed concurrently in the gallery’s largest project room.

There will be an opening reception for the exhibition on Saturday, November 13 from 6 to 8pm with Boxi and Simon Haas in attendance. The exhibition will run through December 11, 2010.

Boxi (b. 1974 Kent, England) A dark, disillusioned romanticism pervades Boxi’s work; material boundaries are dissolved and perceptions are altered by means of hand cut, multi-layered, often life-sized stencils that offer a comforting solidity within the smoky abstraction of his grey-scale landscapes. In addition to new works on canvas and MDF, he will create an elaborate site-specific installation on the gallery’s main wall.

Krystian Truth Czaplicki (b. 1984 Wroclaw, Poland) Krystian Truth Czaplicki combines found materials with existing objects large and small to create simple but effective abstract artworks that reveal an astute understanding of architectural and natural structures. He will present a series of new mixed media works on canvas and a slide compilation of the urban installations that have informed his gallery practice.

Gregor Gaida (b. 1976 Chorzów, Poland) Gregor Gaida merges timelessly classic ideals with an unquestionably contemporary sensitivity. Characterized by a muted palette and meticulous employment of texture, both his figurative and more abstract expressions feel all but alive. He will present sculptural works from several new series, including Fragments, Kingdom, Drummer and Pissing.

Simon Haas (b. 1984 Los Angeles, USA) Simon Haas’ elegantly executed, subtly hued portraits of himself and others transit to viewers an intensely emotive perspective of various psychological states of being. He will present new oils on canvas and works on paper.

Dan Witz (b. 1957 Chicago, USA) Dan Witz employs light and darkness to supreme effect in his oil and mixed media works. A glowing warmth pervades each canvas, fashioning a haunting atmosphere that feels at once lonely and comforting. He will present several works from his Nightscapes and Bar Shrines series.

Sixeart (b. 1975 Barcelona, Spain) Sixeart combines psychedelic abstraction and mysterious coded formulas with vividly rendered figuration to produce a highly personal visual language. The childlike innocence and almost hallucinogenic sense of second sight of his work has a dreamlike quality that shows an affinity with Surrealist artists such as Joan Miró, another native of Barcelona. He will present four new works on paper.

Happy Thanksgiving From BSA
Best wishes to all the BSA Readers today as we celebrate Thanksgiving - filling our hearts with gratitude for your support and our stomachs full of turkey. Except for the vegetarian in the family, wh...
Street Art in Vitry-sur-Seine (France) : Spencer Elzey in Europe
BSA is lucky to be a clearinghouse for many people who participate in and celebrate the Street Art scene – artists, curators, designers, collectors, galleries, museums, researchers, academics, his...
BSA Images Of The Week: 12.04.16
Of course it was not all about spectacle this week in Miami, but about tribes and community as well. Many conversations with artists on the street and at openings revolved around this chaotic/fe...
Selina Miles Captures Bordallo II, FinDac, Millo and Case Maclaim at ONO'U 2019
There are times when an artist needs to be completely obvious to get their message out into the world, and Bordalo II is setting the tone for this year’s unofficial ONO’U festival in the gorgeous nat...
"A Real Turning Point" : Sculptures on the Art Mile at Urban Nation Museum For Urban Contemporary Ar...
“I think it's a real turning point as far as seeing three dimensional things," says Street Artist and fine artist Ben Frost while hand painting text on the side of the large facsimiles of pharmaceutic...
Brooklyn Street Art CA Carmichel Gallery Culver City Sixeart