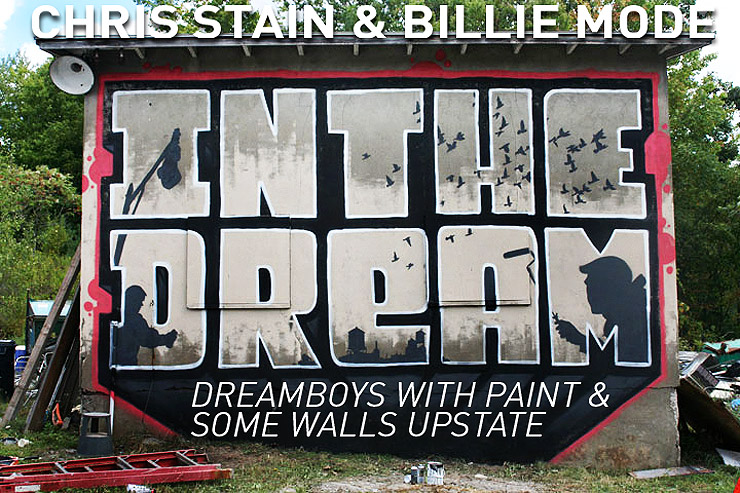 Did you see all the kids going to school today?  It was LOUD on my bus as everybody was cramming in, some holding hands of their mom or dad or grandparent. Little backpacks, new shoes, excitedly talking about what classes are going to be like this year and what they did over the summer.

Times like this give us a bit of hope in a period when so much for so many seems uncertain. Two years into an economic kick to the stomach and many of us are still reeling, trying to hang on, and some are falling off. For the first time, many are understanding the dangers of poverty and it’s dehumanizing cyclical nature. 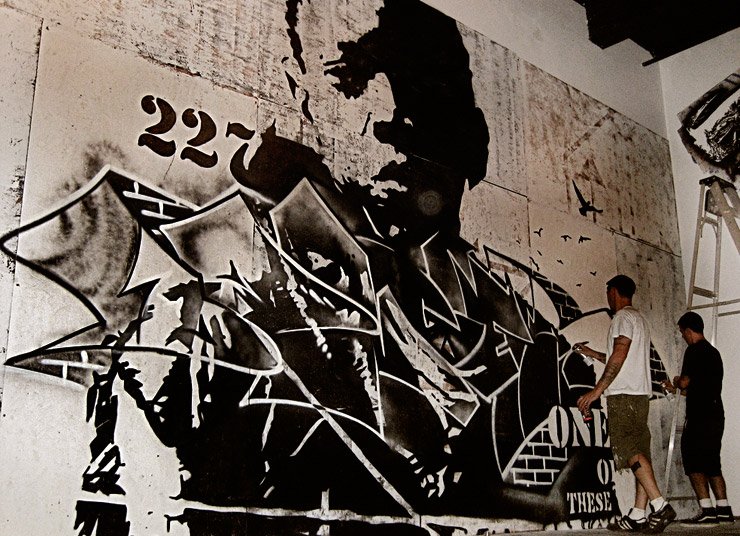 Naturally, some artists are there to help us see us – canaries in the coalmine, they dare to go there and talk about the dangers ahead and the dangers present.  Armsrock, Swoon, Chris Stain, Specter, even new artists like Indigo and Joe Iurato – all explore sides of the human experience that are difficult for us to talk about sometimes but all the more necessary.

Taking advantage of really temperate and long summer days recently, Chris Stain and Billy Mode have been working in the beauty that is upstate New York on a few murals – some of which contemplate the realities of a system that can push people into the margins and leave them there. Incorporating some of Chris’s recent imagery of the boy along with his signature atmosphere urban signposts, the two created a graff-style sign across the front spelling the word that is associated with poverty.

Says Stain, “The mural says ‘Danger’ and it’s a tribute to our friend VOKE. One of his early tags was DANGER. He was the most creative person that Bill and I knew, always pushing the boundary of what graffiti was about and what it could become. With this piece we tried to do just that by incorporating graffiti style lettering and stencils. ” 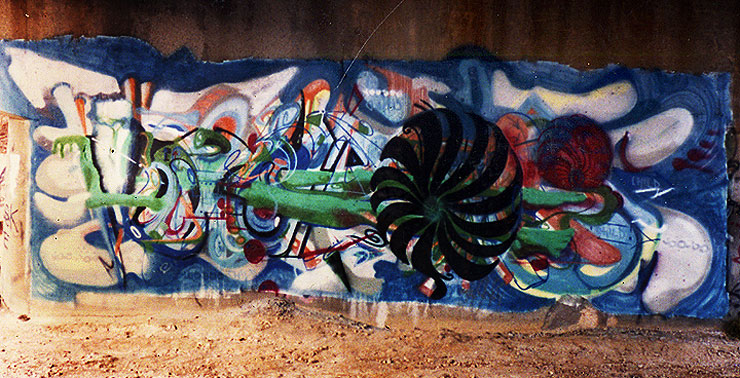 To Stain and Mode, Voke was doing stuff with his graffiti in 1990 that later would become more familiar as “Street Art”. Chris explains how the graffiti artist was moving in the new direction even then, “He was introducing elements that were unusual in graffiti lettering at the time. Like the pinwheel in place of the ‘O’ for example. The ‘V’ is made up of two nail like spikes.” 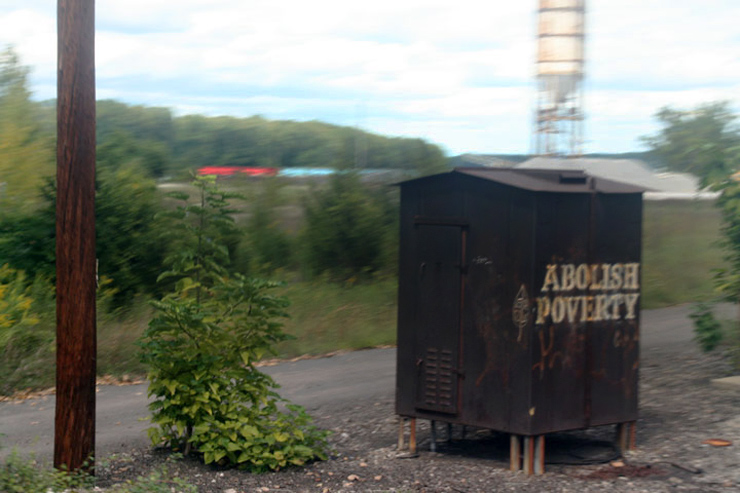 For the two Street Artists, who easily switch back and forth between brushes, cans, stencils, and freehand, working collaboratively is always freestyle. “Bill and I have been painting together for over 20 years. We have developed a certain rhythm and trust that allows us the freedom to create without inhibitions. I think it comes from a mutual respect. We usually develop a loose plan and let each other add our own ingredients,” says Chris.
BSA >>>  ><<<>>><  <<> <  BSA <<>   > < >BSA >>>  ><<<>>><  <<> <  BSA <<>   > < >
images courtesy and copyright of the artist

MTO and “The Wynwood Family”
Street Artist and muralist MTO spent the entire month of December in Miami. Sounds terrible right? The photo realistic painter also brought his family – or maybe you would say he left them. “The whol...
BSA Images Of The Week: 11.08.15
Here's our weekly interview with the street, this week featuring ADM LOD, Collagism, DAIN, Ernest Zacharevic, Hellbent, Jerk Face, Kremen, La Diamantaire, Martha Cooper, Miss Me, Mr. Toll, ND'A, N...
Chip Thomas' New Mural, Indigenous People, and #NoDAPL
Street Artist and activist Jetsonorama (Chip Thomas) saw his work pull together a number of people in Durango, Colorado on October 10th as the city and the college celebrated their first ever “Indigen...
One Night in NYC with 1UP, Martha Cooper, Ninja K : Book Release and Movie Screening
Berlin’s notorious 1UP Crew hits Ridgewood Saturday night along with graffiti/Street Art patron saint Martha Cooper to celebrate the first city in their US tour for their new book with co-shooter Ninj...
Calligraffiti Runs Through It : "Einen Tag lang Fur Immer" in Berlin
A tiny gallery pop-up show at Zwitxhermaschine Gallery in Berlin quickly illustrates quite literally the narrative that is often on the street between different pieces and players. In this case the...
Armsrock Billy Mode Chris Stain Danger Indigo Joe Iurato Poverty Specter Steven P. Harrington Swoon