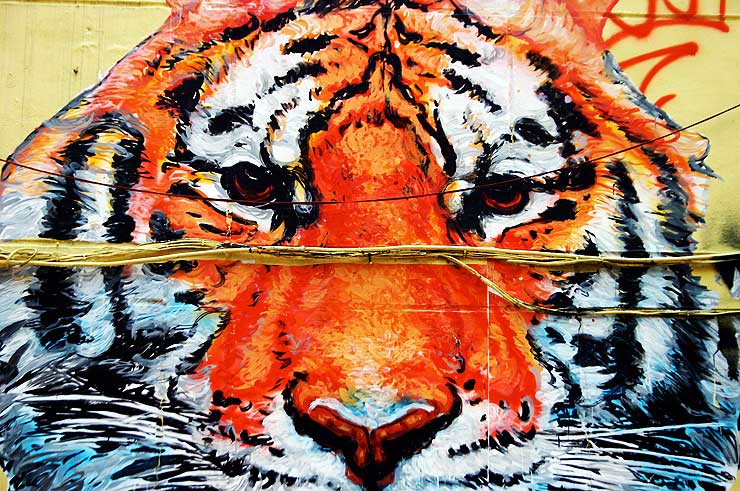 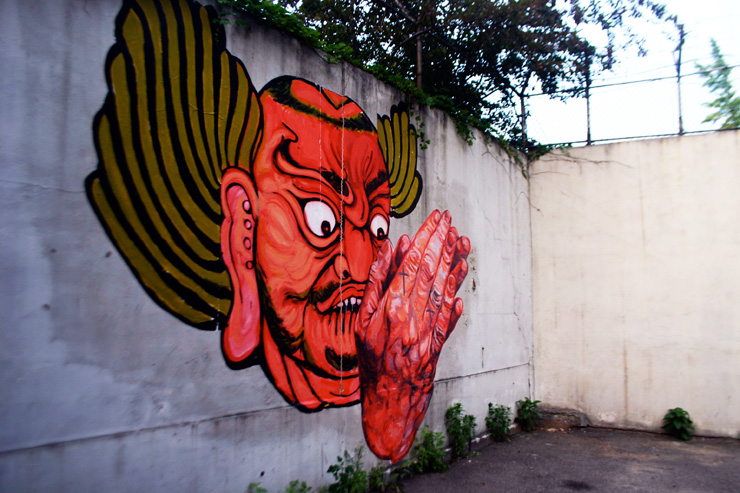 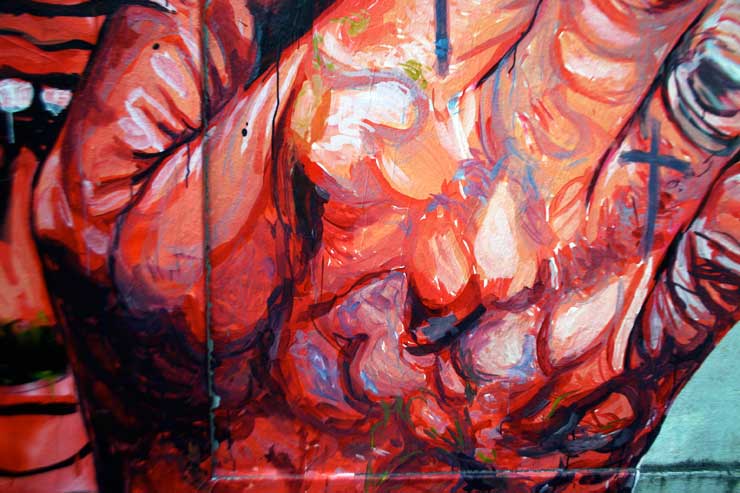 Images of The Week: 09.22.13
First day of Autumn, Yo! And we have been harvesting images for you as we enter the new season in NYC. Here is our weekly interview with the street, including CAM, Dasic, Icy & Sot, ILL, Jessi...
Jeice2 Brings 2 Wild Wolves in Gerena, Spain
Jeice 2 checks in the with the animal kingdom as he starts a new series he'll call "Savage Planet".  The street artist has experimented with a variety of styles on the street over the last year includ...
Images of the Week 09.13.09
Our Weekly Interview with the Street Oh Baby! (Dan Witz) (photo Jaime Rojo) Dan Witz (photo Jaime Rojo) I am just a cowboy lonesome on the trail A starry night, a campfire l...
Artists Bring 22 New Murals to "Coney Art Walls 2016"
Just in time for this weekend’s Mermaid Parade, London’s D*Face is finishing up “Live Fast Die Young,” his beauty-and-the-zombie comic couple sipping an ice cream float at the soda counter. Austrian s...
New Shots from Open Walls Baltimore 2
Open Walls Baltimore 2 has begun and only a few pieces have been completed but we thought you'd like to take a look, courtesy photographer and BSA Contributor Geoff Hargadon, who was tooling around on...
bibimbop (duh nam june paik) boolgogi Buddhism Confucianism Evangelicalism Gaia Korea Naengmyeon Praying Monk Shamanism