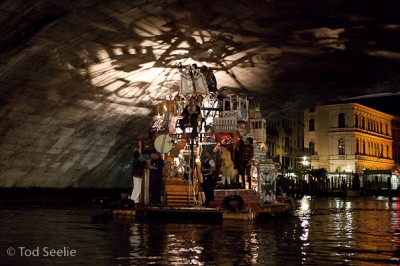 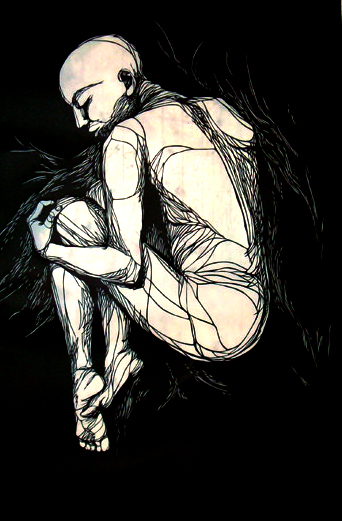 NUART 2014 Roundup : Activism, Muralism, Graffiti and Aesthetics
The Norwegian mural festival named Nuart took place last week with a marked tilt toward the conceptual and the interventionist, a direct debate about the relevance of activism amidst a rising tide of ...
Images of the Week 03.20.11
As winter loosens it's grip, the first signs of spring are popping up all over New York, with new buds of passion from tender branches, construction walls, softened soil and industrial doorways. What...
Interview: Inside the "The Thousands" and Swoon's lock box with Michael "RJ" Rushmore
After spending most of 2009 in preparation, Michael "RJ" Rushmore is one week from the opening of "The Thousands", a retrospective survey covering artists of the last few decades that led to what we'r...
SWOON: The Sanctuary Rises to Its Highest Mission in Braddock, PA
“I’ve faltered, but I haven’t given up,” says Calendonia Curry AKA Swoon. “I believe in it and I hope you do too.” She is speaking about the much ballyhooed Braddock, Pennsylvania church which she...
"ALIVE" at Nuart 2016: Spy, Robert Montgomery, Hyuro, Add Fuel and EVOL
For the ninth straight year, BSA brings Nuart to our readers – artists, academics, collectors, instructors, curators, fanboys /girls, photographers, organizers, all. Not sure who else has been cov...
A'yen Tran Andrew Poneros Angie Kang Ariel Campos Ben Devoe Ben Mortimer BEN WOLF Clair Huntington Czak Tucker Dan Sabau Doyle S Huge Elizabeth Bentley Ero Greg Henderson Hannah Mishin Heather Jones Imminent Disaster Iris Lasson Isaac Aden Jeff Stark Kara Blossom Katelan Foisey Ksenija Leslie Stern Lopi LaRoe Martina Mrongovious Matt Curtis Noah Sparks Orien McNeill Petric Seeley Porter Fox Sarah Atler SpY Swoon Tim Treason Tod Seelie Tom Beale Tony Bones Virginia Reath Zev David Deans