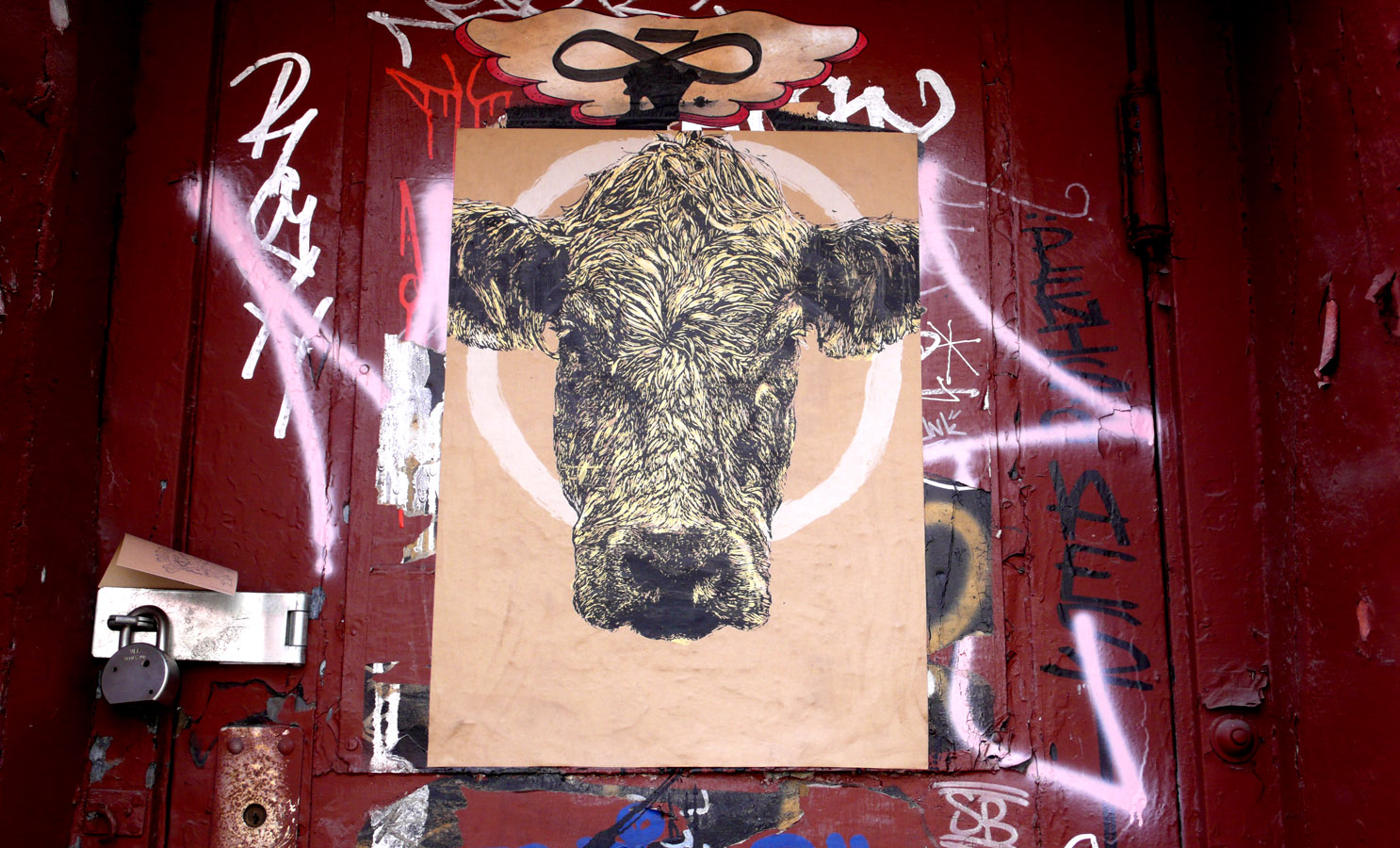 Owen Dippie with Tame Iti and a Revered Elder in Auckland, NZ
A new mural in Auckland pays tribute to a revered elder of the Tūhoe kuia named Hokimoana Tawa as part of a collaborative mural by Street Artist Owen Dippie and activist/artist Tame Iti. A first for...
Mr. Fijodor With Love, Dragons, Robots From Torino
Monsters, whales, deer, dragons, dogs, birds, fictional creatures from the woods, very surprised looking people; these are the figures who appear in the murals of Italian Street Artist Mr. Fijordor. A...
TOVEN says "Happy Skulloween" on the Streets of Baltimore
Happy Halloween! It’s going to rain on all the Trick or Treaters in the streets in New York tonight. Nevertheless, ye olde drizzle and mist doesn’t really put a damper on the eerie festivities, inclu...
BSA Images Of The Week: 11.06.16
Today is Marathon Day in New York City and the leaves on the trees have turned to oranges and reds and yellows to welcome the 26,000 people running through all five boroughs.  In two days right ...
"Monument Art" Murals Sing of El Barrio in 2015
Some of these new murals are definitely monumental. As are some of the social ills addressed by themes such as immigration and the world refugee crisis. With a dozen international artists painting ove...
ABC Albrect Durer David Bowie Dennis McNett Duran Duran Elbowtoe Gaia Hendrik Goltzius Jaime Rojo Kajagoogoo Kentler International Drawing Space in Red Hook Lucas Van Leyden Raimondi Spandau Ballet Steven P. Harrington Swoon Tears for Fears the Farmer's Almanac Yote zoological prints