This past week New York experienced a deluge of Street Artists getting up on the city’s famed walls. We are very lucky to live here and to capture the bounty before it disappears. 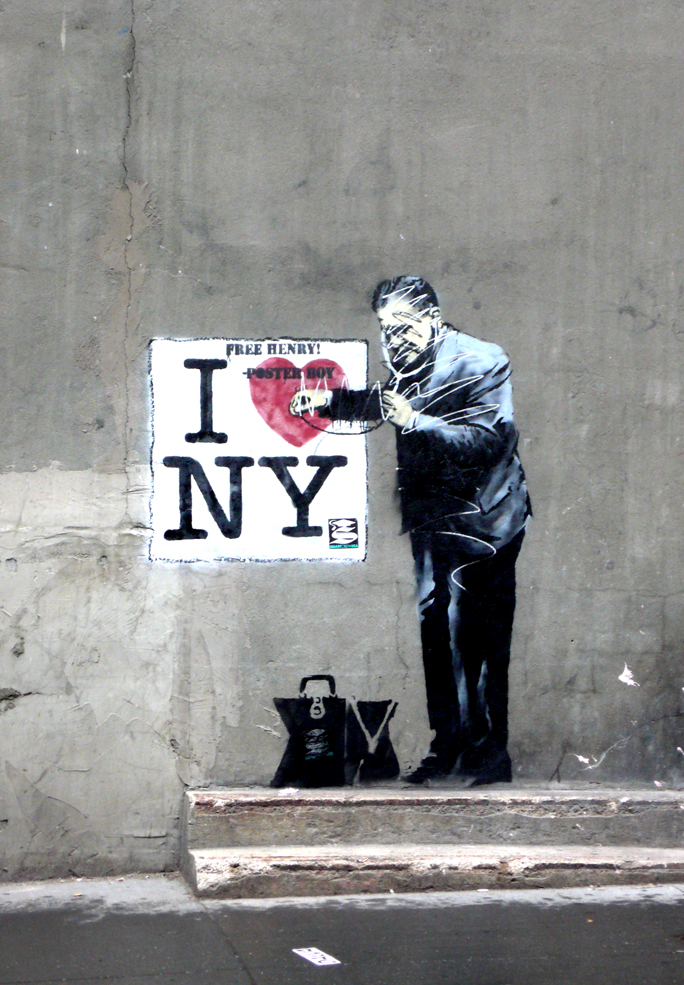 And we heart you back (Banksy) (photo © Jaime Rojo) 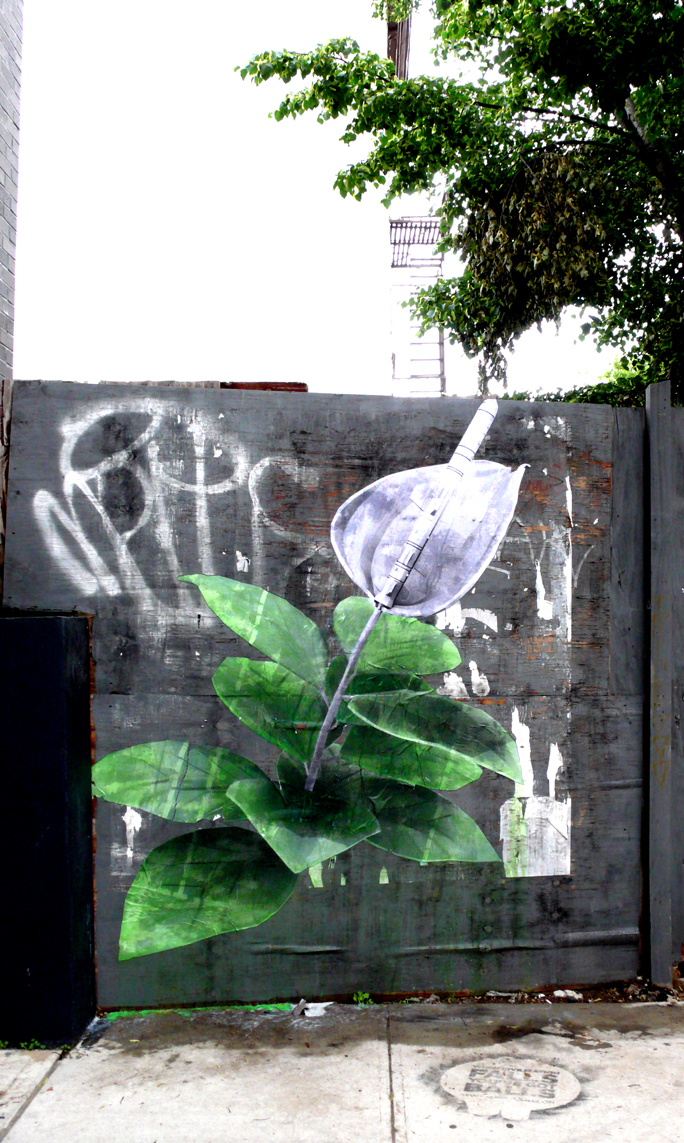 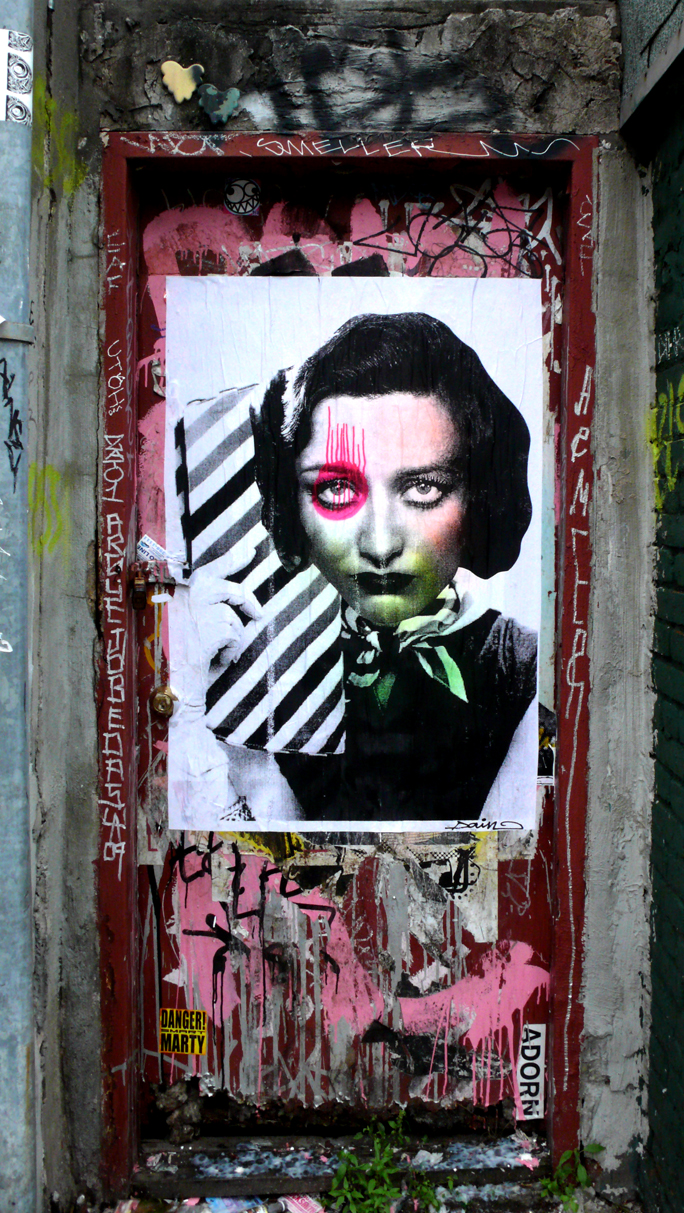 “Does this eyeshadow go with my bag? Because I am not leaving my apartment otherwise.” (Dain) (photo © Jaime Rojo) 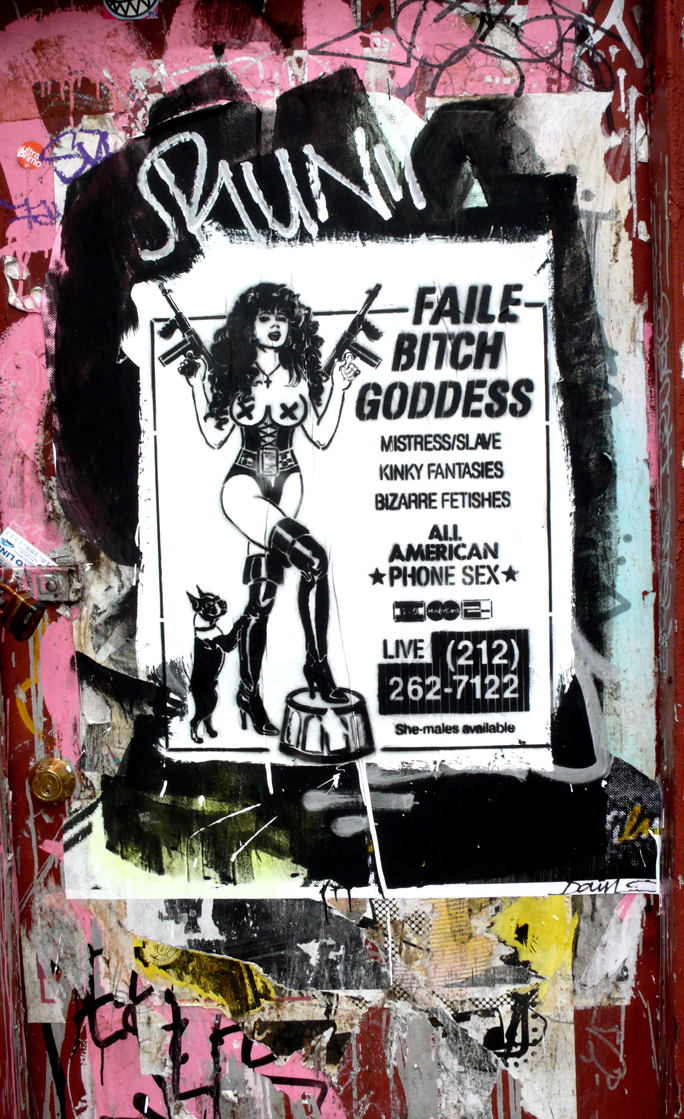 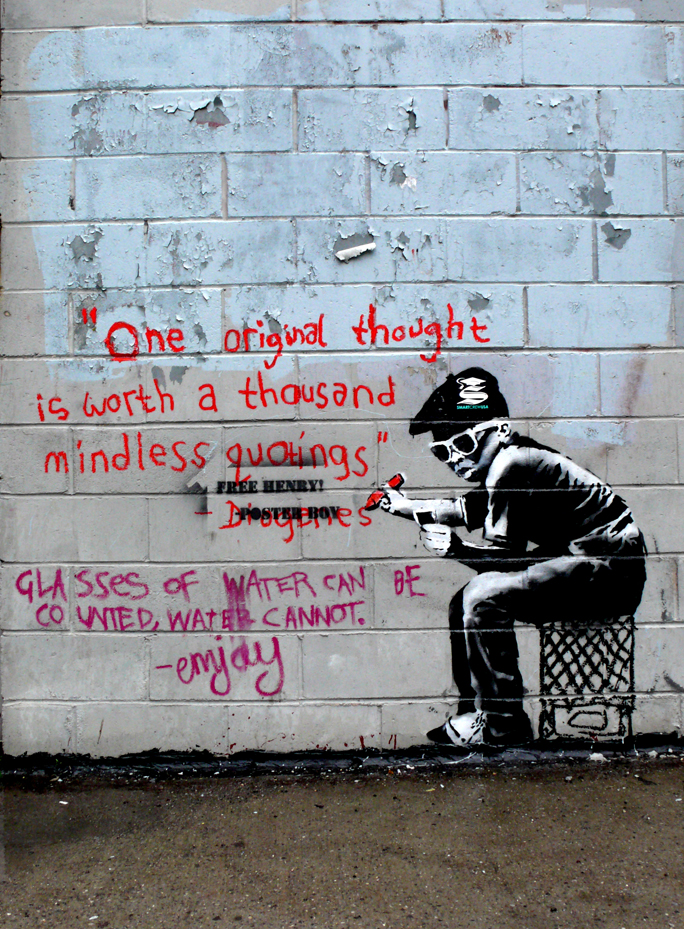 Everyone has something to say when Banksy comes to town. - And 6 or 7 of his pieces popped up all over NYC this week, sending photographers, fans, critics, and others scurrying to the newly hallowed sites. From those breathlessly reporting their sudden appearnce, to the debates of their authenticity, to questions about who actually executes them, to commentary on the actual quality of the work, there was no shortage of reportage, and opinion. Then there were the opportunists who jump on the Banksy gravy boat to promote their own creative skills: artwork, poetry, stickers. Finally, a semi-political stencilling campaign advocating the freeing of a local street artist who has been identified as a member of a collective called Poster Boy, who became a bit of a Cause célèbre the previous week when he was sentenced to 11 months at Rikers Island for cutting posters in the subway, or something like that. The "Free Posterboy" street-grassroots campaign (and Facebook fanpage) may have actually worked, as it is reported that he has been released from jail. The Banksy movie has certainly heightened the public's interest in all things "street art" related, and when the secretive namesake's work appears, the buzz is a force that brings excitement, derision, and a circus of colorful characters with it. (photo © Jaime Rojo) 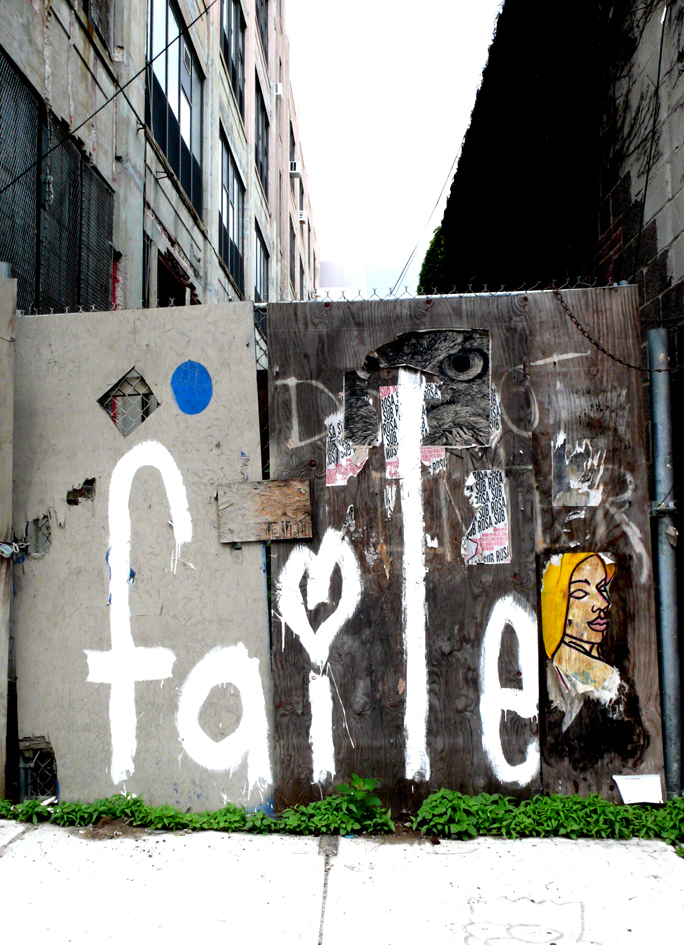 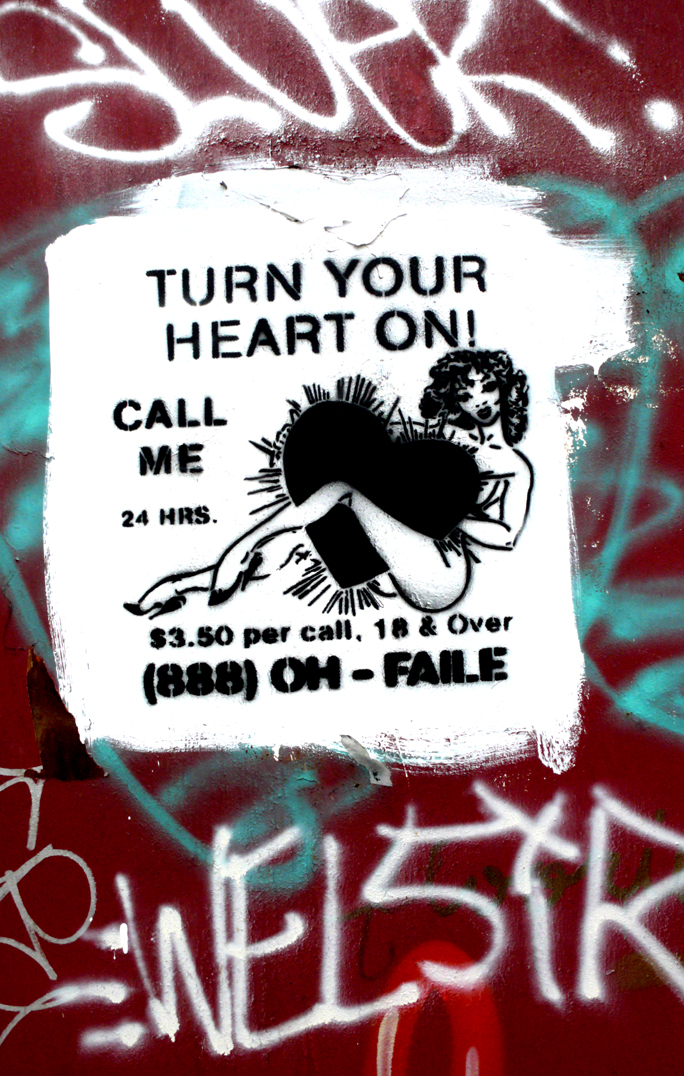 Faile’s newest stencils look like they were influenced by the back pages of those dirty little magazines you’ve been sneaking into your bedroom when Mom and Dad aren’t looking. (photo © Jaime Rojo) 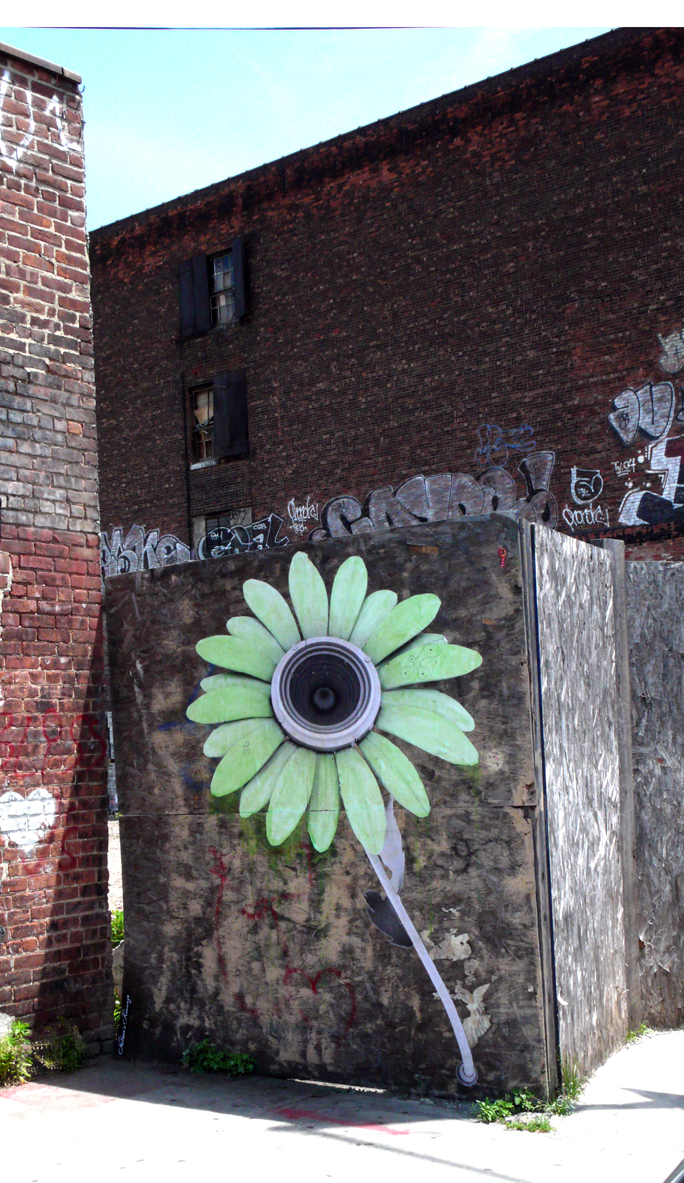 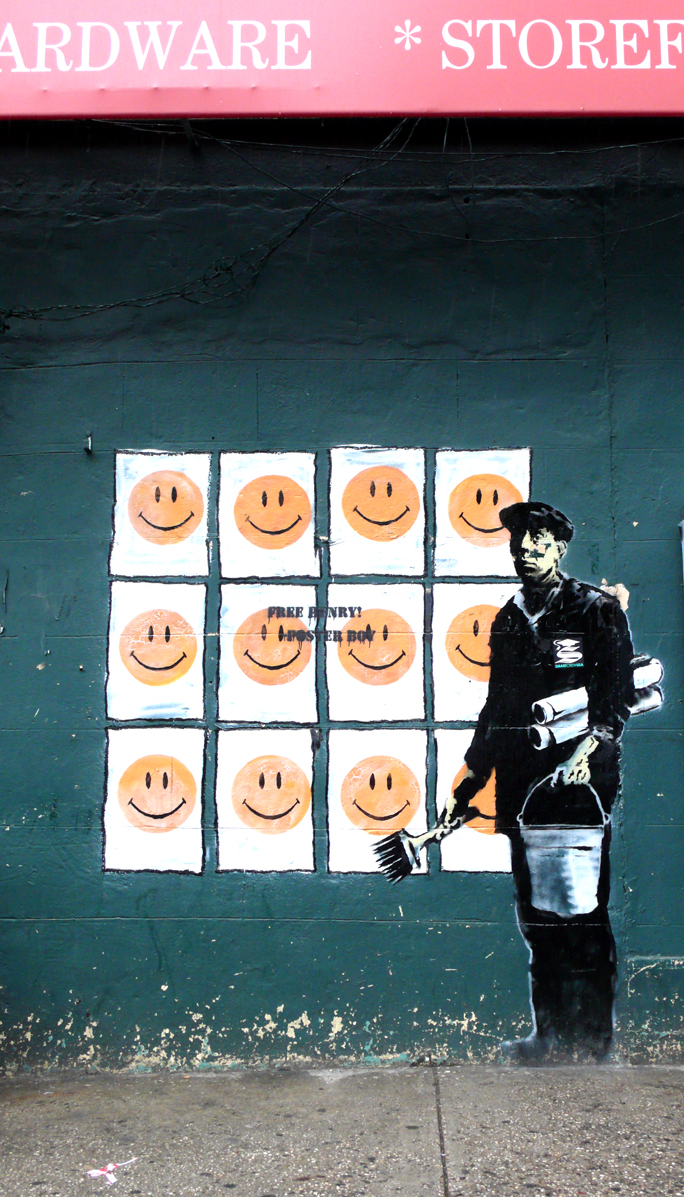 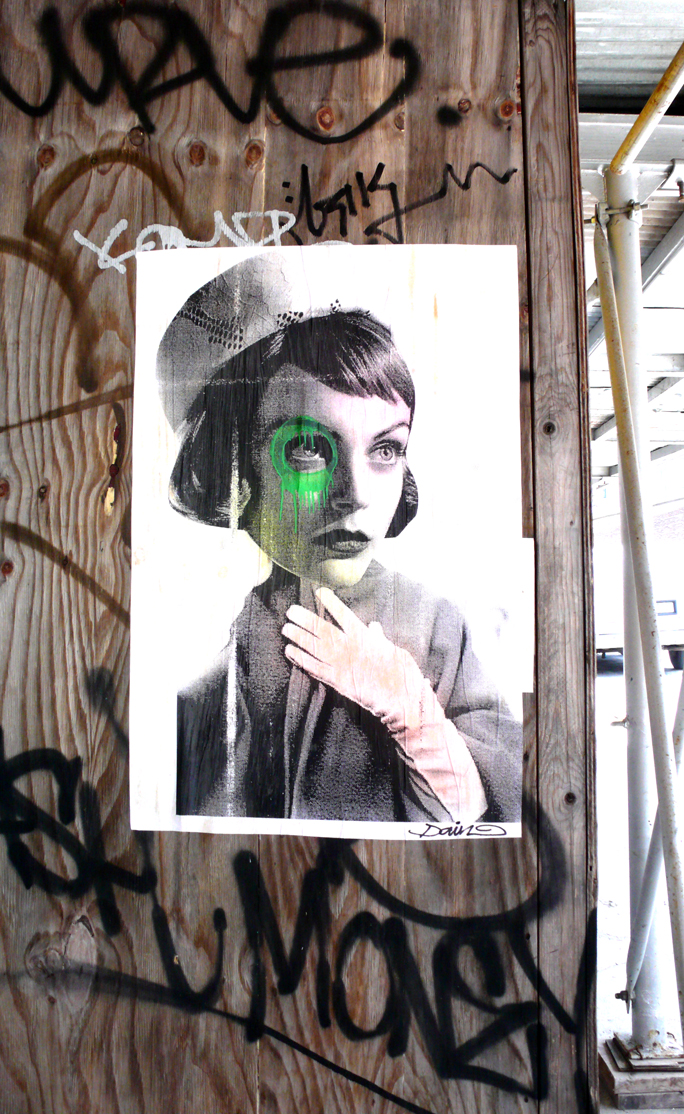 Sometimes a Dain looks like an appropriated whole image, other times they are clearly composited. (Dain) (photo © Jaime Rojo) 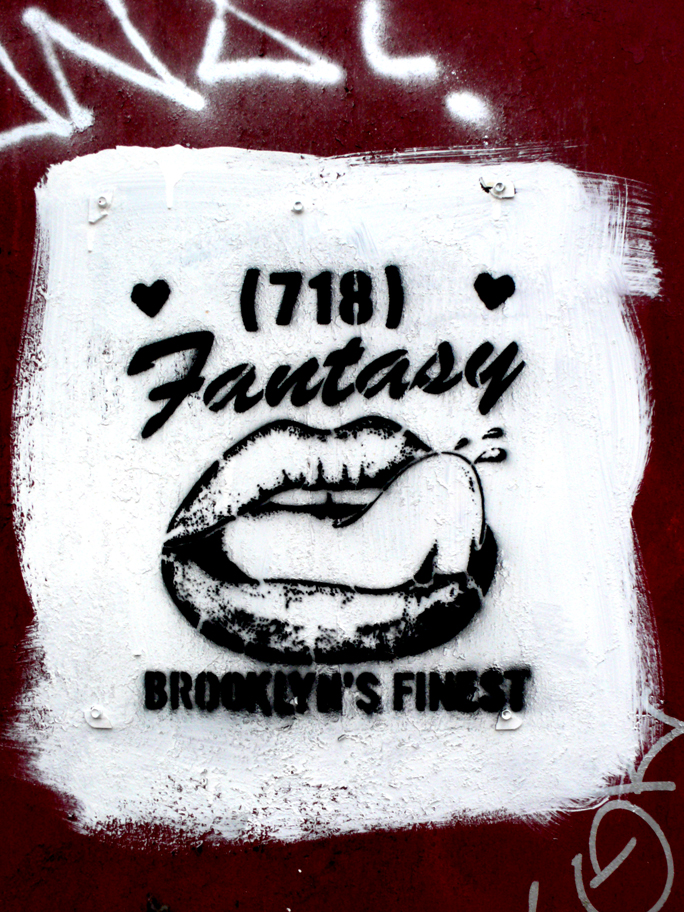 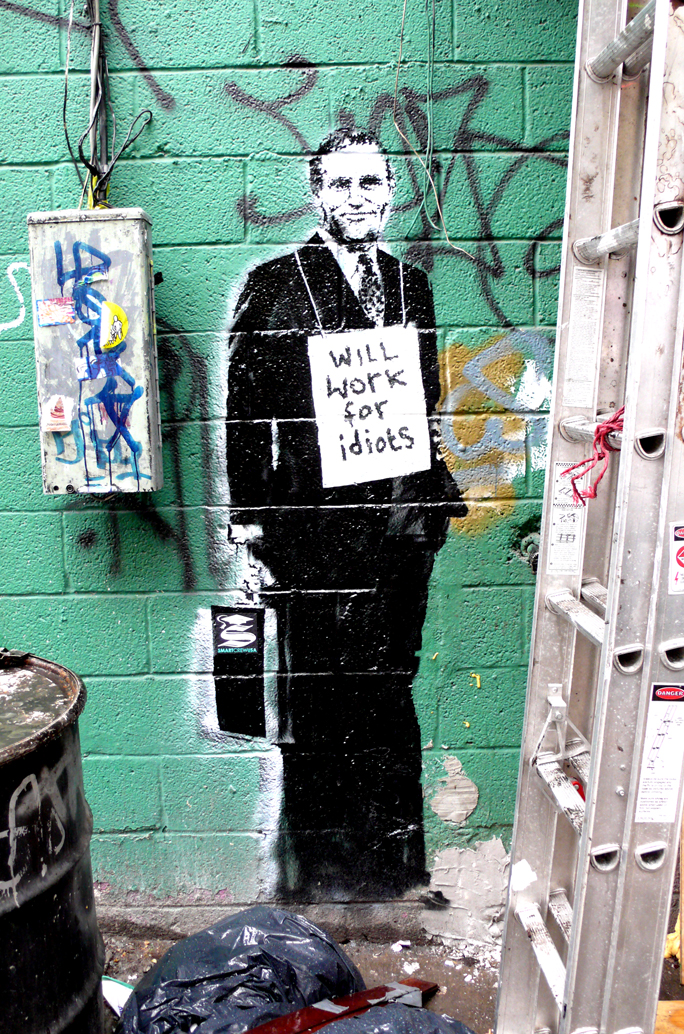 Hell, we’ve all done that!  Not mentioning any names here, people.  But you know who you are. (Banksy) (photo © Jaime Rojo) 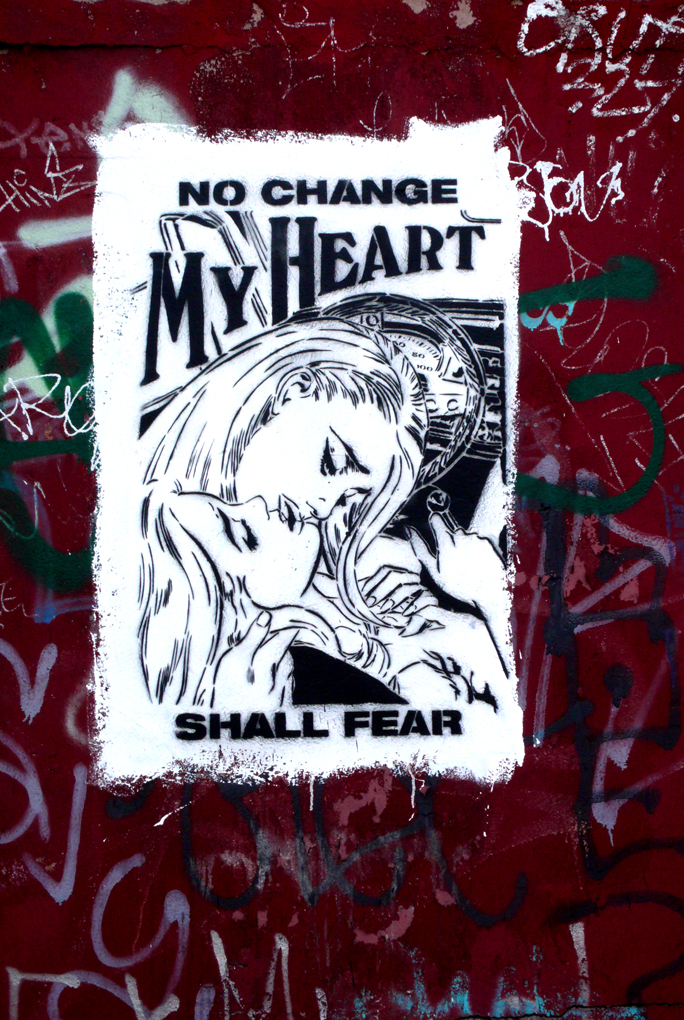 Just a couple of kids in love at the V-Drive In.  (Faile) (photo © Jaime Rojo) 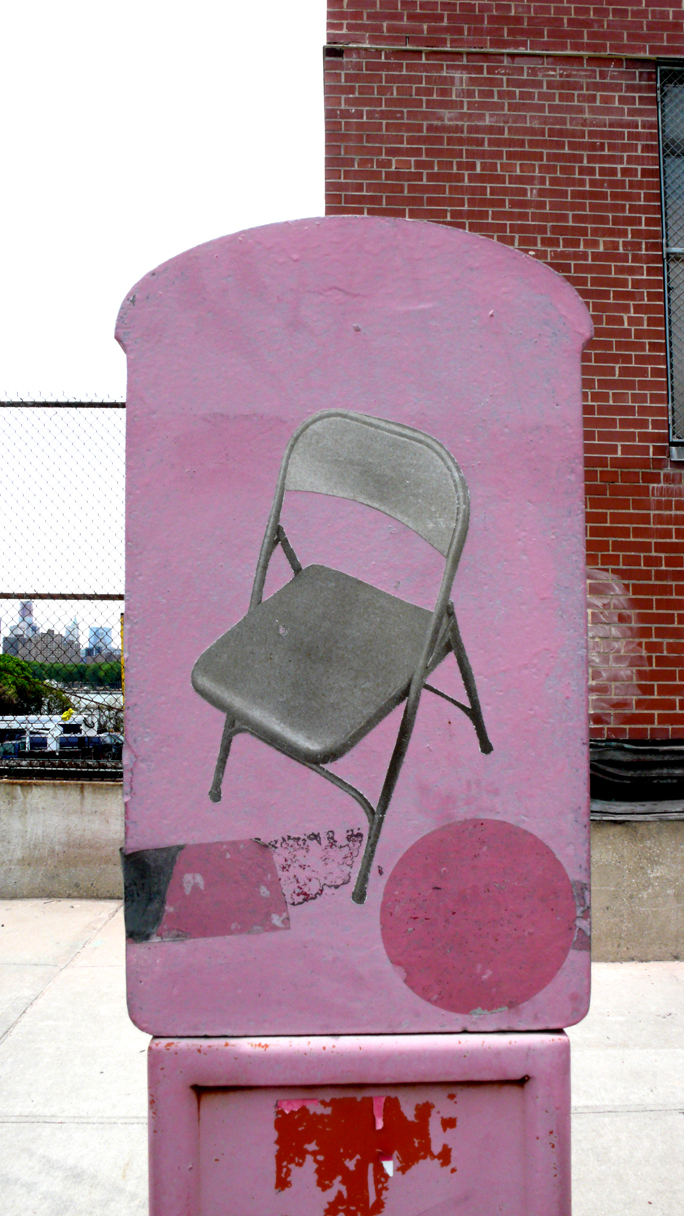 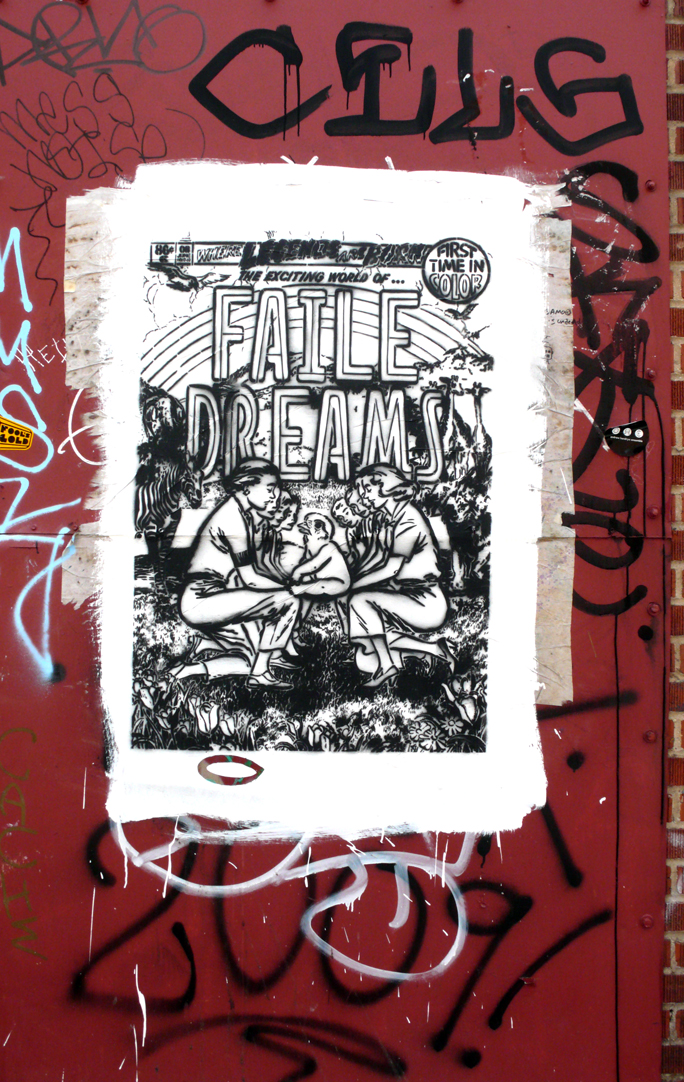 I have these dreams too – especially when I have had too many of those new watermelon margaritas.  (Faile) (photo © Jaime Rojo)