In the book “A Simple Plan”, by Scott Smith, a trio of friends discovers a small crashed plane with $4.4 million stuffed in a gym bag in this moral tale of greed and opportunity. Without knowing how the plane dropped from the sky, the people on the ground are left to their own devices.

Street Artist Liqen discovered this aviatory carcass on Ventanilla Beach in Oaxaca Mexico and wondered what treasure it once carried and why it stood alone on the otherwise pristine white sands of the riviera. As an artists’ imagination will do, he made a story and converted the carcass of the plane with his paint brush into a fish tail. 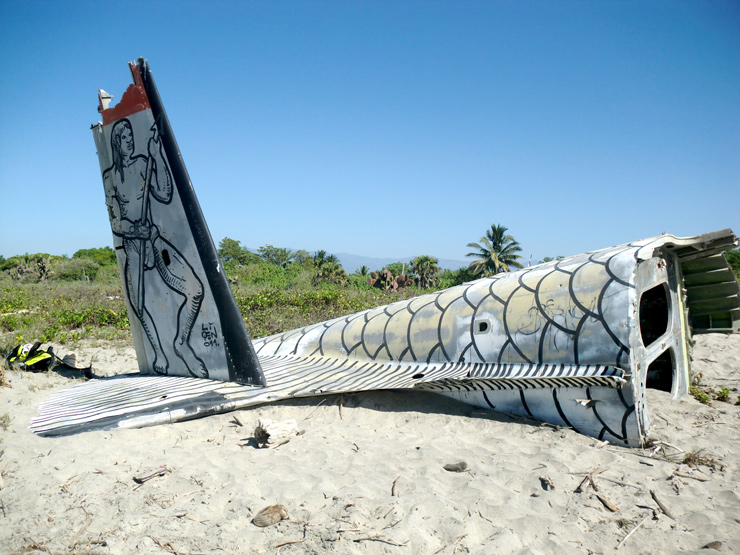 “I did this “fish tail” in the ecstasy of the transformation, a comprehensive intervention of the stupid and amazing reality that happens at the hands of art, nature or magic. At the end of my story this fish-plane was eventually caught and died in ‘Ventanilla’, ” says Liqen.

The tail of of the fish plane now has the figure of what could be a indigenous fisherman with spear in hand, ready to haul the oversized catch. But the story does not end there. 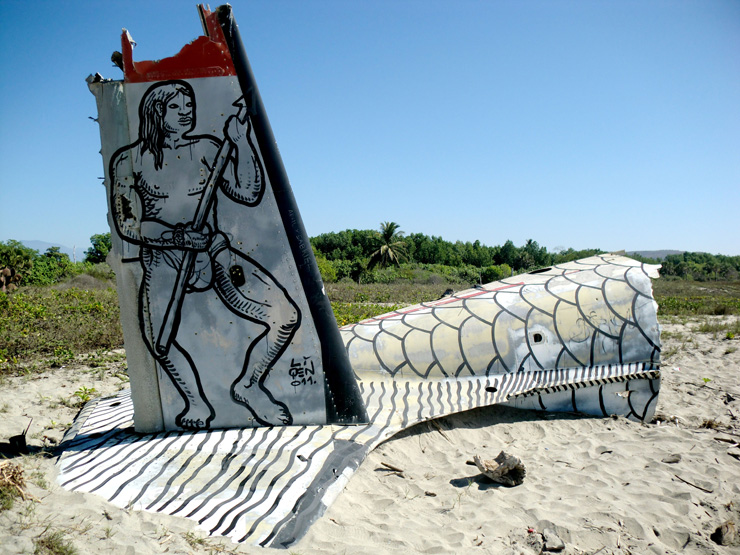 According to website Vagabond Journey, the plane once carried a cargo of marijuana and was shot down six years ago.  According to local reports, narcos came with a truck to retrieve the payload immediately after it hit the sands and some locals filled their backpacks with whatever was left, which was a lot. “Whoever got over there got enough to smoke for two years,” a hotel owner is quoted as saying.

In the case of our friend Liqen there wasn’t a rich bounty that we know of. What we know however is that he couldn’t resist the urge to give the remnants of the plane a lil’ pimpin’ and he shares the following images with you here. 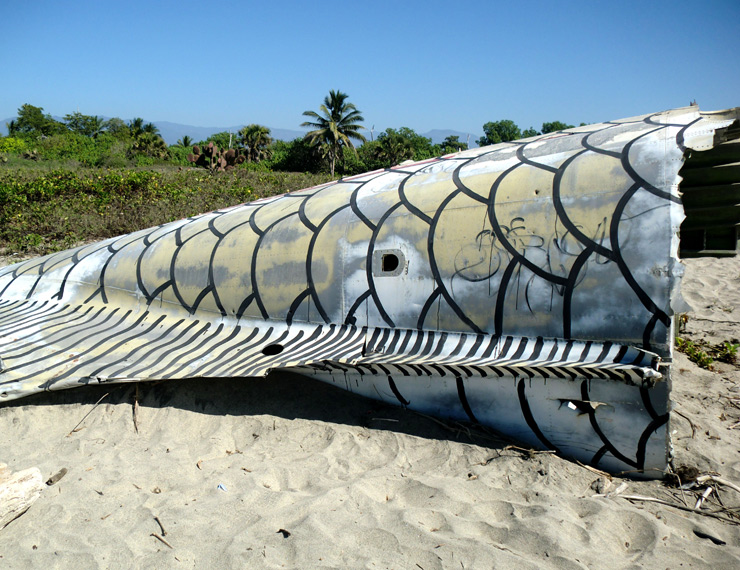 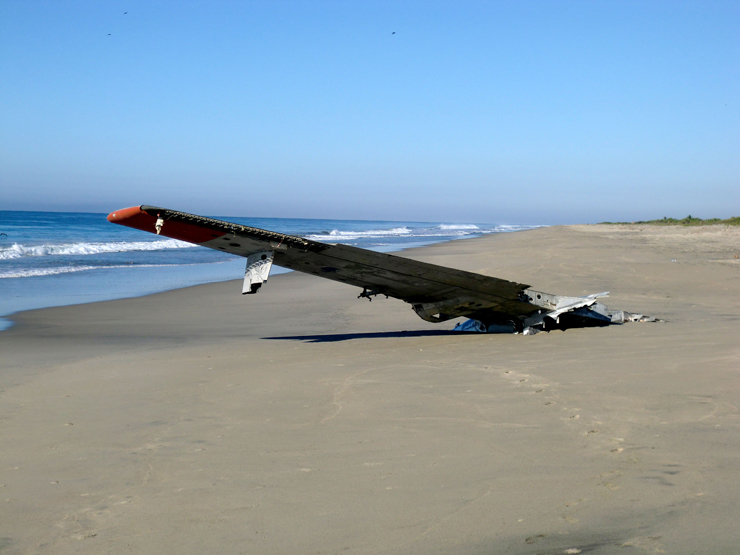 The left wing remains, while the engine appears to have been removed. Liqen. Ventanilla, Oaxaca  (photo © Liqen)

In this video on Youtube, a commenter offers an alternate story on the circumstances of the plane’s crash. “It was a Colombian drug shipment﻿ that was intercepted by the Mexican army. the drugs were pushed out over the Pacific, they ditched in the ocean and crashed on the beach and got away before the Mexican army, navy or air force could get there. The only part above the sand as of April 2009 is the left engine and wing – the fuselage is completely buried.”