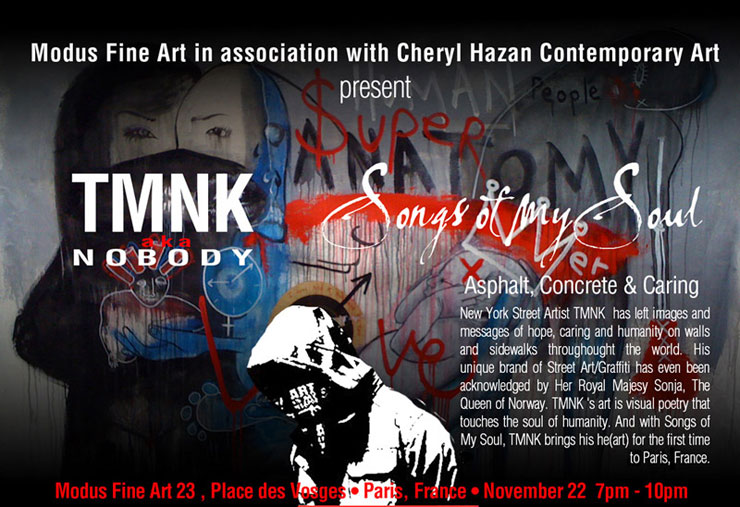 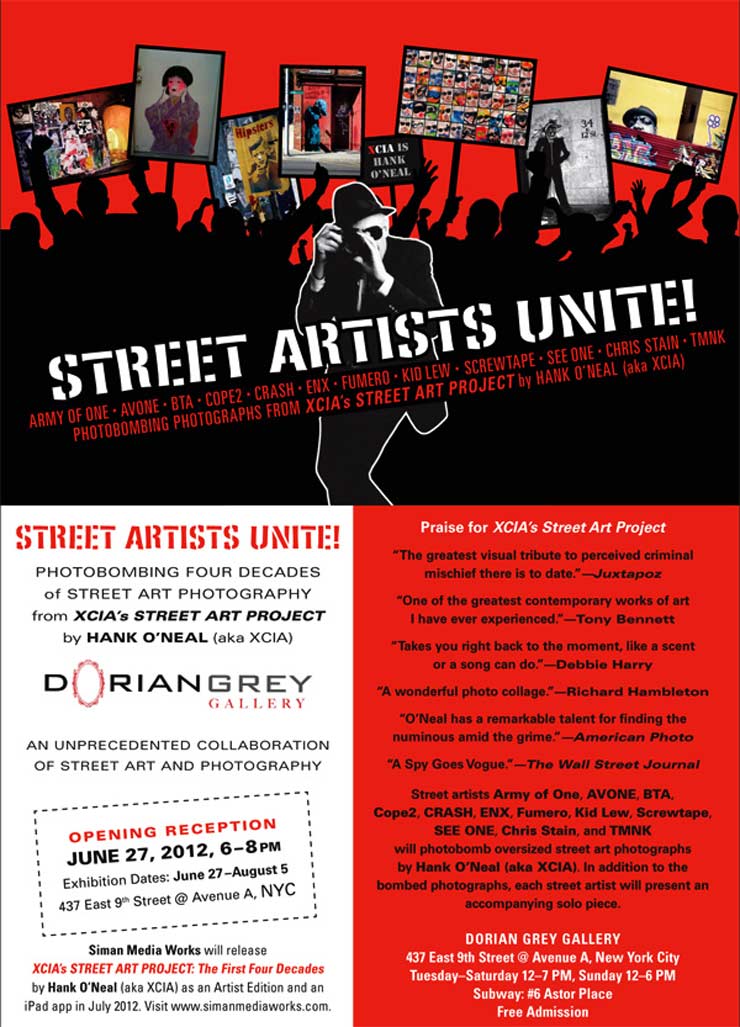 This week Revok was in town and hit up a wall with Tats Cru; a new mural entitled “The Quiet Before the Storm”, providing the Lower East of Manhattan with some much need color. We also re-visited a couple of BSA favorites like the Shepard Fairey’s piece on the Cooper Square Hotel and a few WK Interacts scattered around LES. It’s great to see and photograph these pieces when imbued with February’s cold gray and blue light.

And now our weekly interview with the street, this week including Bio, BG183, GS, How & Nosm, Invader, Revok, Shark Toof, Shepard Fairey, Spazmat, Tats Cru, TMNK and WK Interact. Update. Thank you RJ at Vandalog for sending out the tweet abut the Mel Kadel (on the no loitering sign) sticker and helping our readers with the artist’s name. 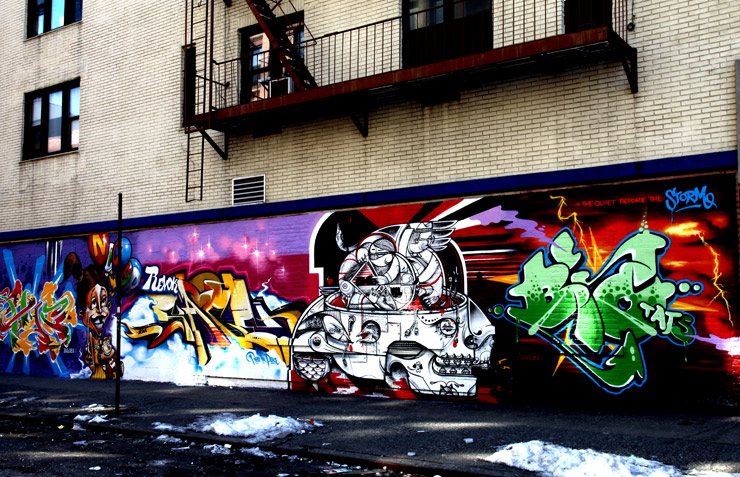 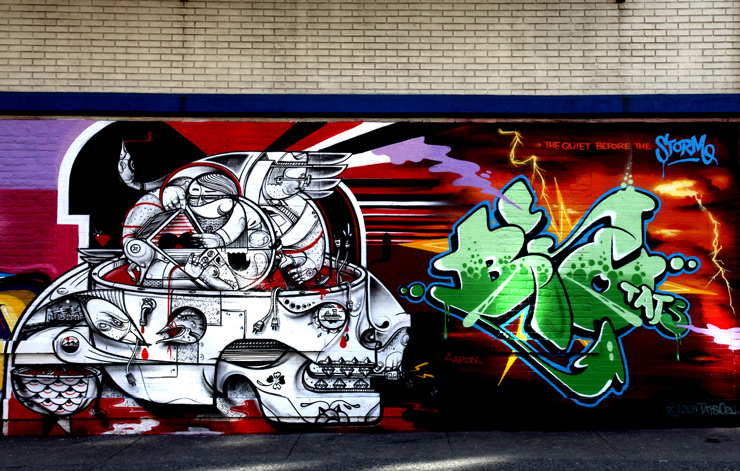 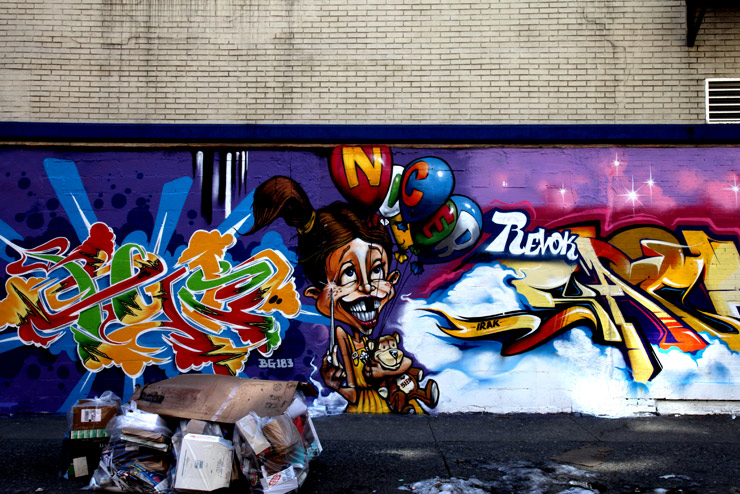 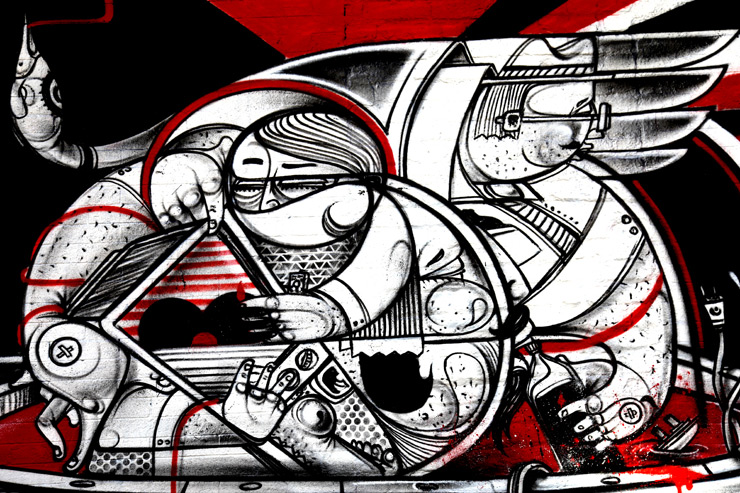 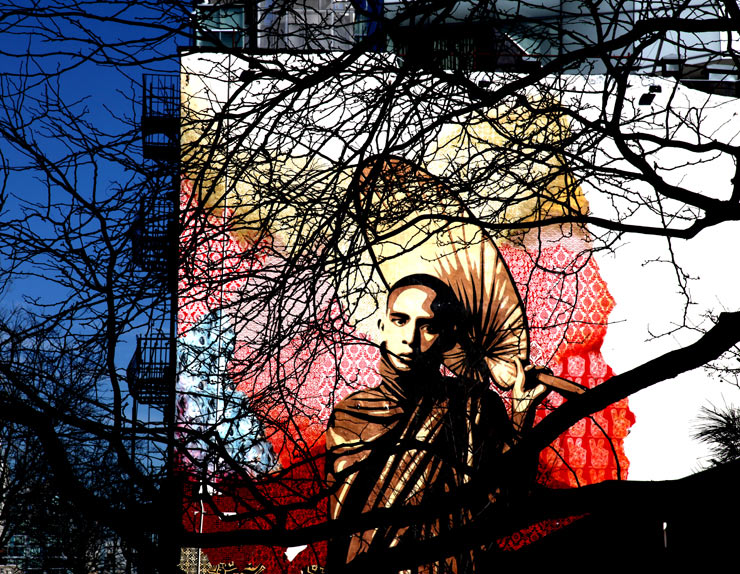 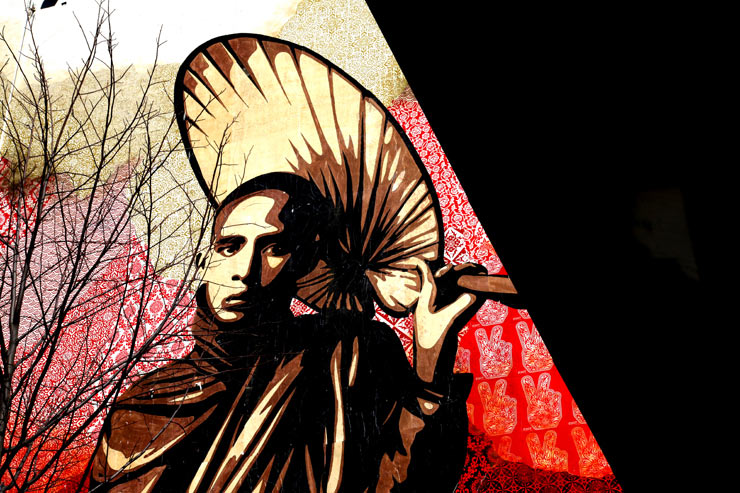 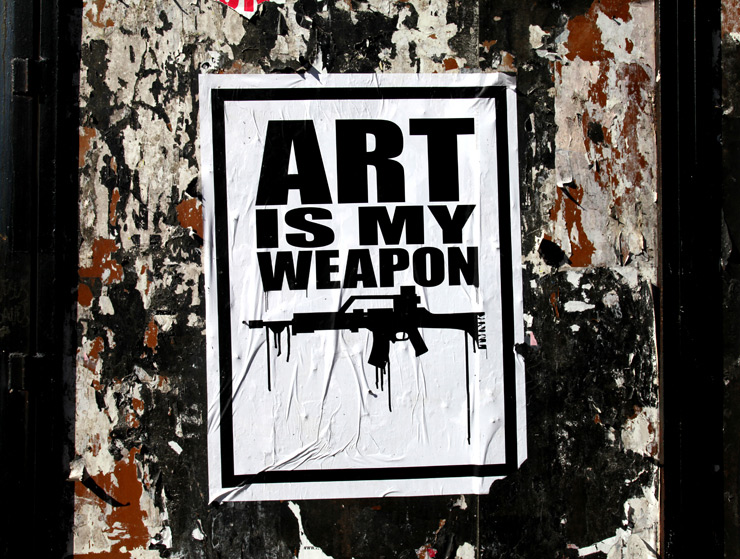 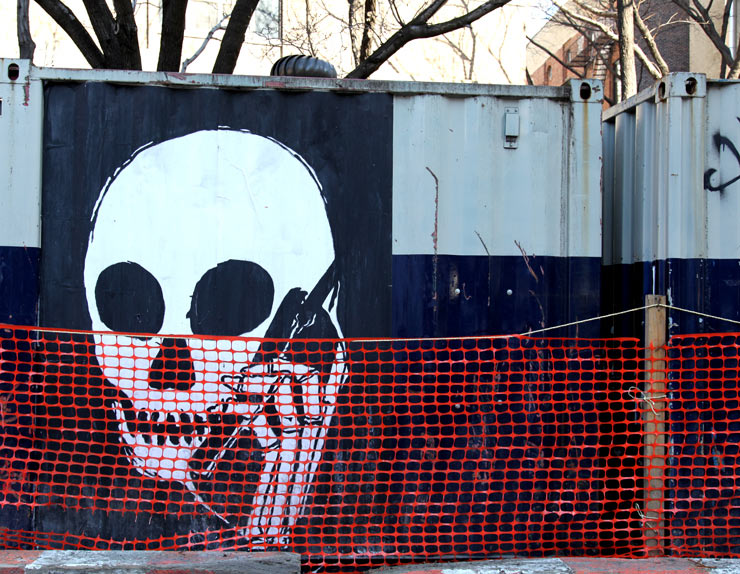 A poppy colored veil for Spazmat so you can’t read lips while he’s on the phone. Wait, he doesn’t have lips. (photo © Jaime Rojo) 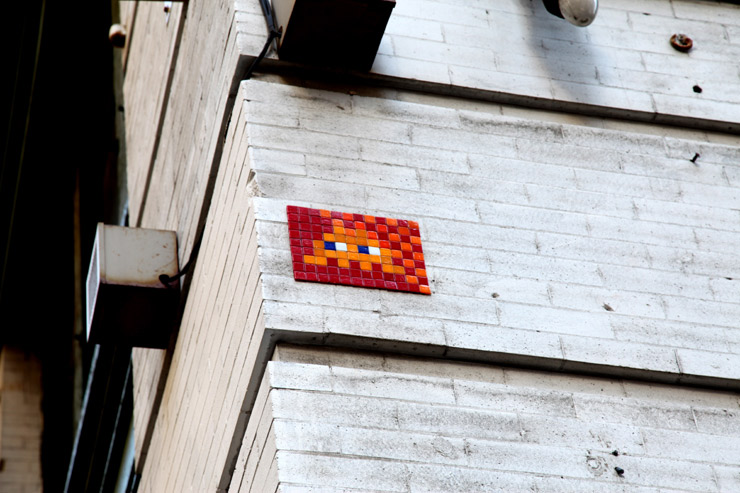 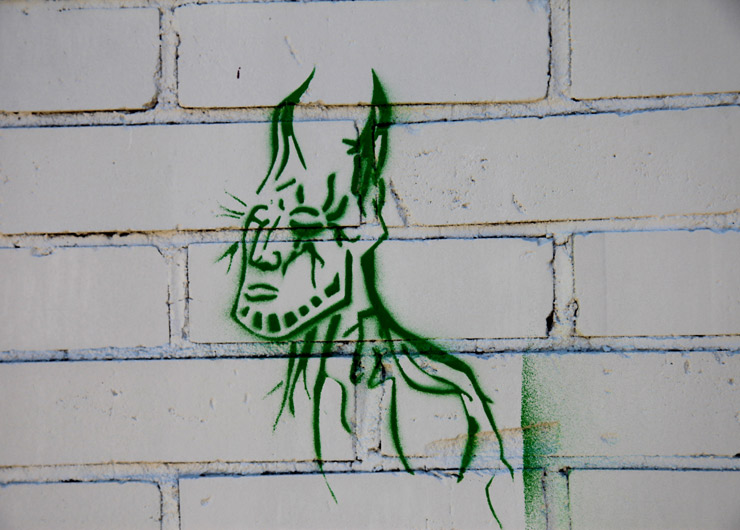 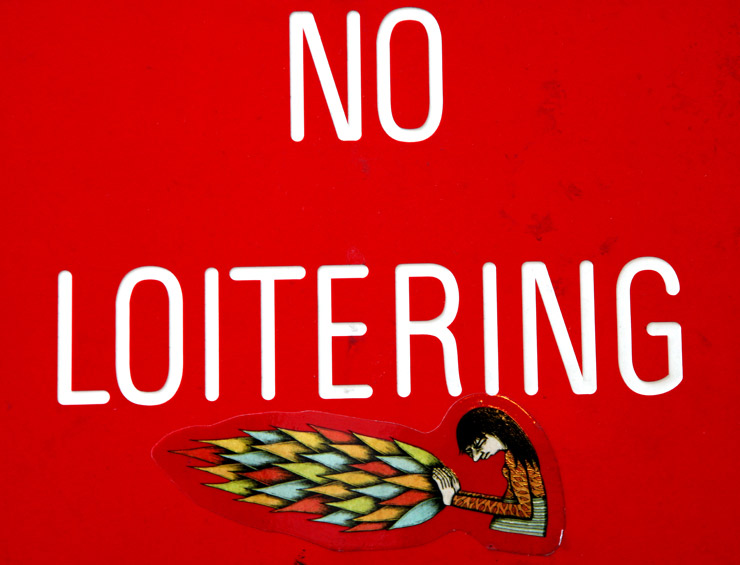 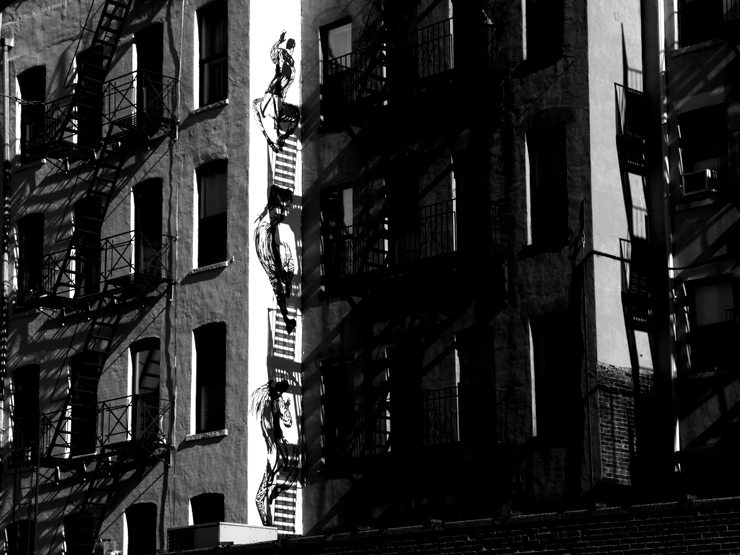 Seems like people are in such a rush these days, doesn’t it? WK Interact (photo © Jaime Rojo) 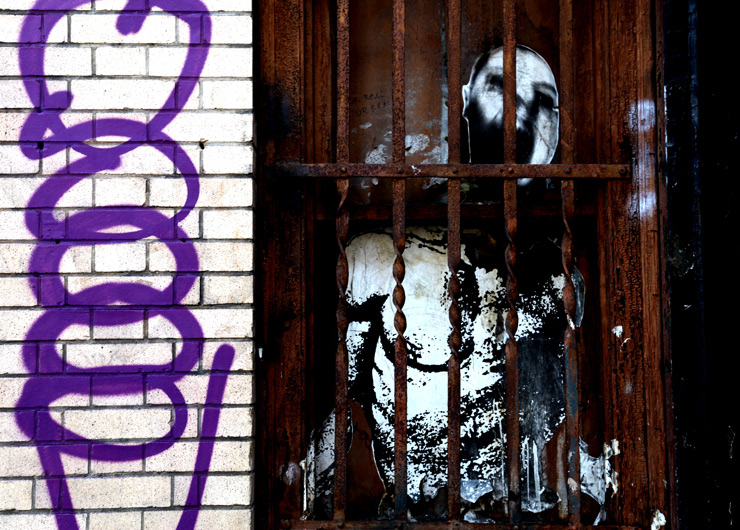 “For the last time, this is not 1C and I did not order a pizza!” Vintage WK Interact (photo © Jaime Rojo) 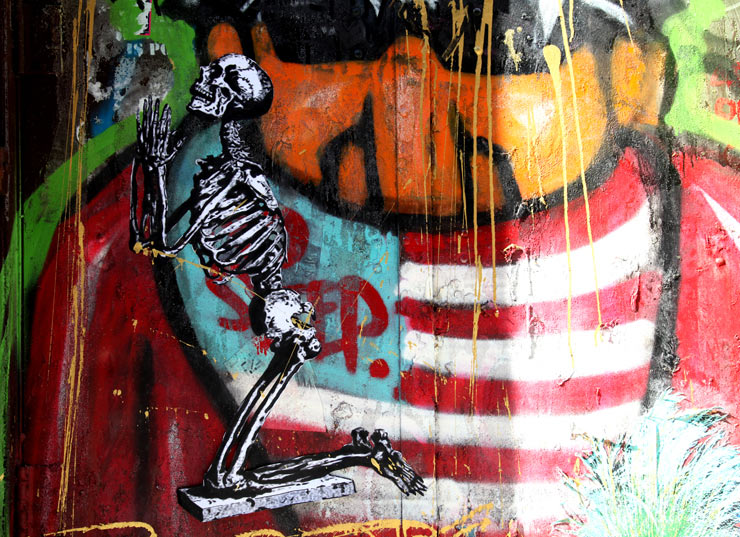 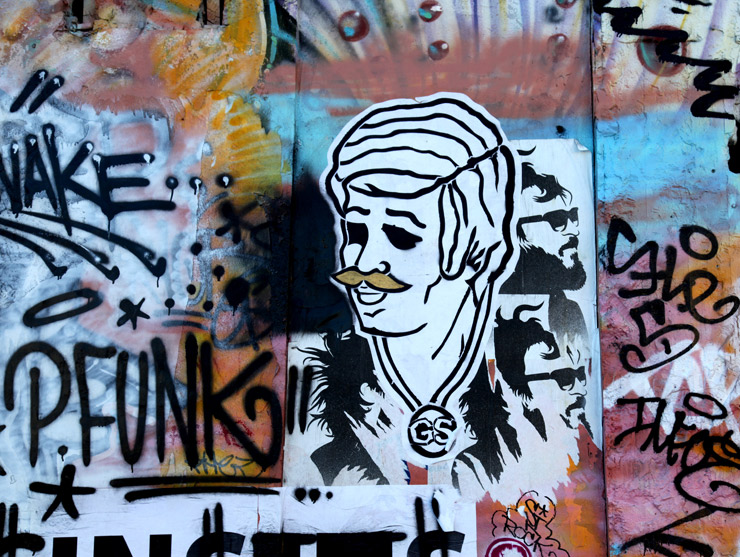 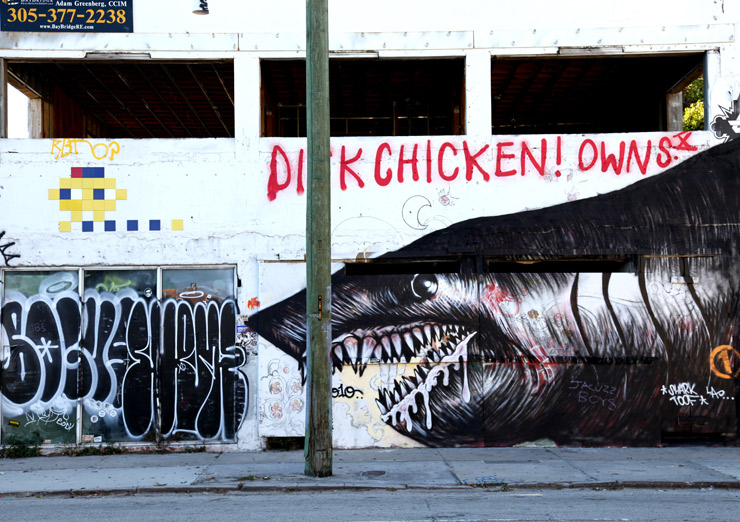 This photo was shot mere seconds before Invader was eaten in Miami!  (photo © Jaime Rojo)