Damn, Son, some street arts artists in BK are seriously bringing it this spring, and the results are there for anybody to see in this gallery of the street.

Here are very recent stencils and wheat-pastes by one of the more enterprising new talents on the scene, The Dude Co.
In this new series The Dude continues to pay homage to BROOKLYN, some of its distinctive landmarks, skater kids, and hip-hop musicians from all over.
Despite the subjects, none of it is POP, rather it can be startlingly sincere. In color, composition, and context you’ll have to admit he’s killing it.
It’s evident that The Dude Co. is a fan of New York, and with this new collection, some New Yorkers will undoubtedly be a fan of The Dude. 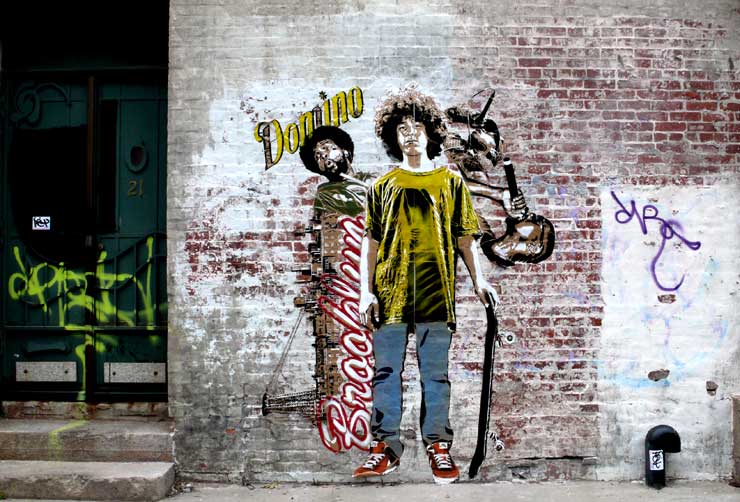 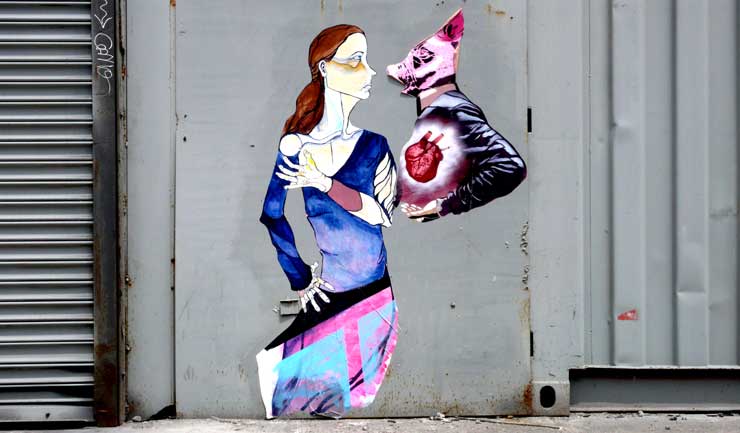 Street Art Mashup: “Ballade De Cake Nelson” He even did a duet with Cake – like Serge Gainsbourg mashed with Katy Perry Cake and The Dude Company Collaboration (photo © Jaime Rojo) 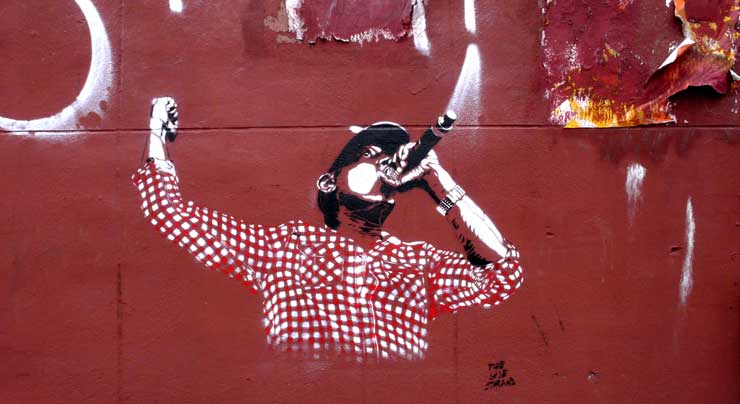 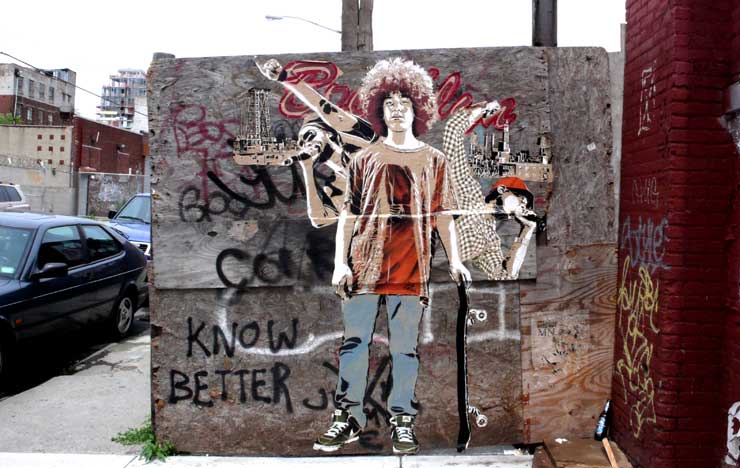 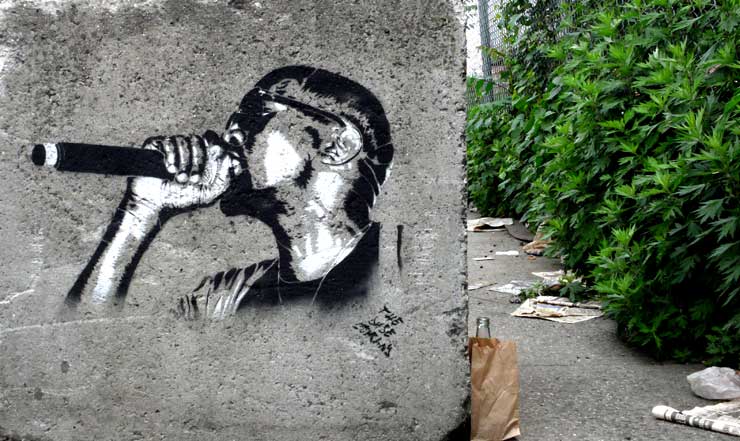 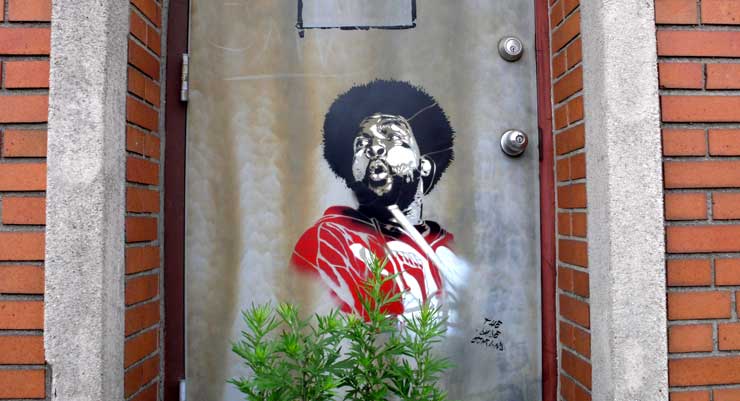 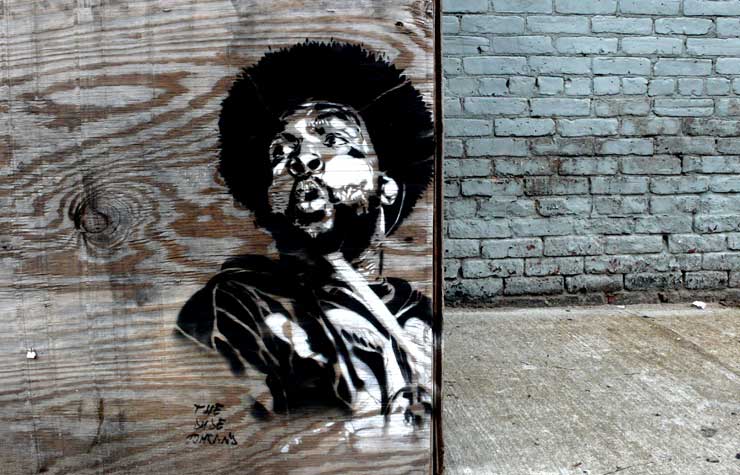 The Dude Company in Black and White (photo © Jaime Rojo) 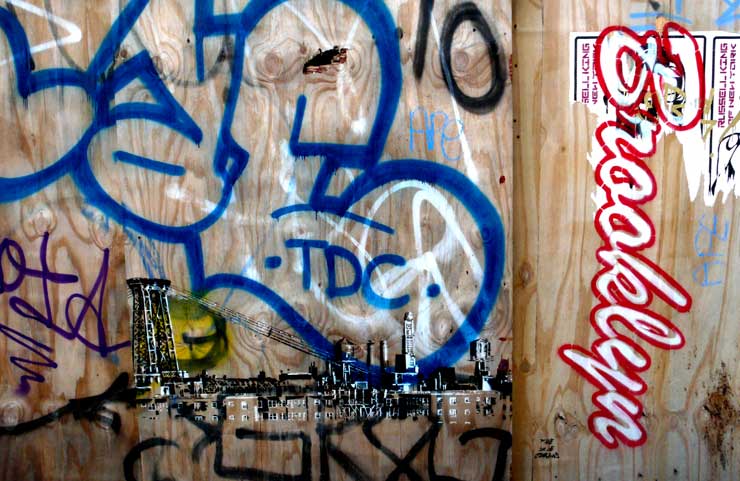 The Dude Company in an Ode to Brooklyn (photo © Jaime Rojo)