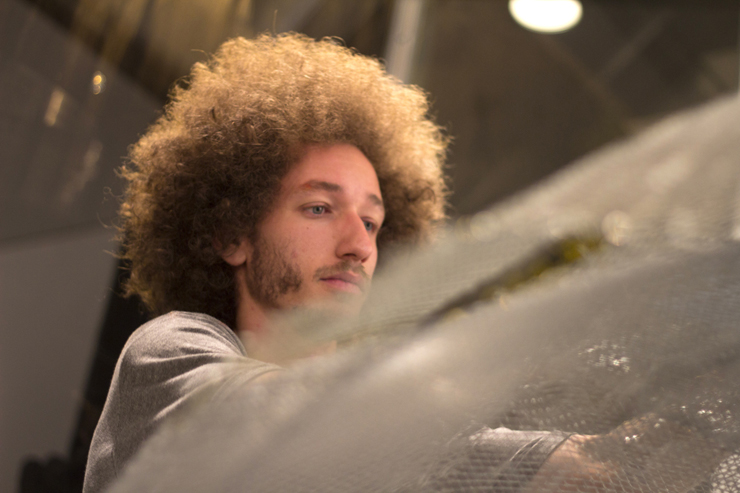 Beauty is something wonderful and strange that the artist fashions out of the chaos of the world in the torment of his soul. – William Somerset Maugham.

Street Art collective CYRCLE couldn’t agree more, and they invite you to take chaos as a hands-on personal challenge. 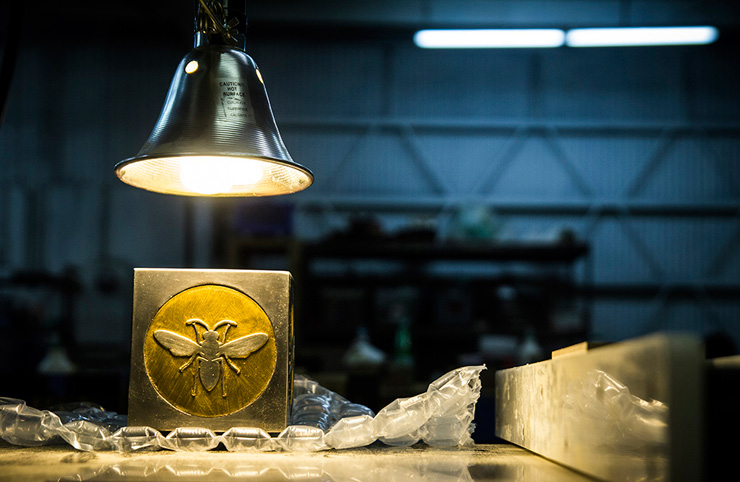 Organizing multiple mediums to convey a sense of coherence is an additional talent for the creative and the porous among us in this time of social, political, science and information tidal waves. While largely conceptual in process, the physical manifestation of CYRCLE’s work in these last few years is evidence of how pulling techniques and mediums together can create a sense of order, while divining a greater message. 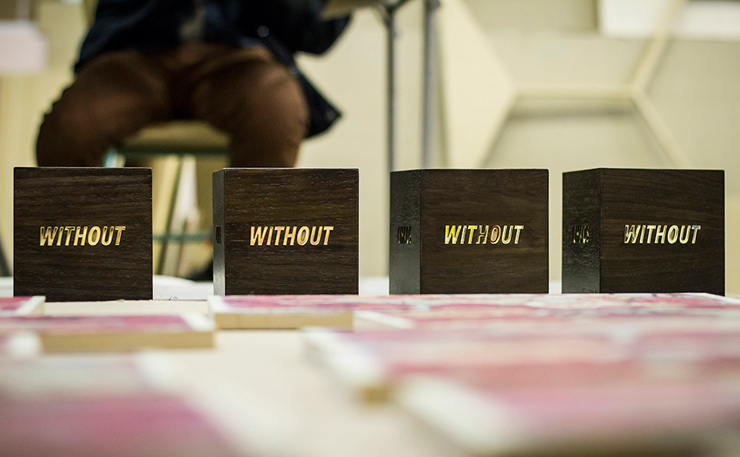 Even their own existence as a collective has been recently rocked – Following a handful of years as a three-member collective, CYRCLE is now a duo; Rabī and Davey. After their third member, Devin, departed a couple of months ago in what is described as an entirely amicable way, this internal earthquake may be the immediate one that the two remaining members are addressing at the moment. As they buzz around the studio in preparation for their new show, Rabī is reassuring, “Order and Chaos is a huge cornerstone concept we work with, and it’s one of our favorite examples of duality in life. It’s also a huge part of the way we work together.”

Emblematic of the omnivorian approach that many of today’s new crop of Street Artists are taking to mixed media in public spaces, CYRCLE isn’t being too precious, limiting the show to one medium or plane. Looking at the pieces and installation plans as they come together, one can see that the guys are creating interactive, participatory experiences for visitors. For those who routinely put work on the streets, the concept of an ongoing conversation between viewer and artwork is a given. Coupled with the discomfort of mounting your work inside a typical gallery show environment, CYRCLE wants to keep this conversation alive. 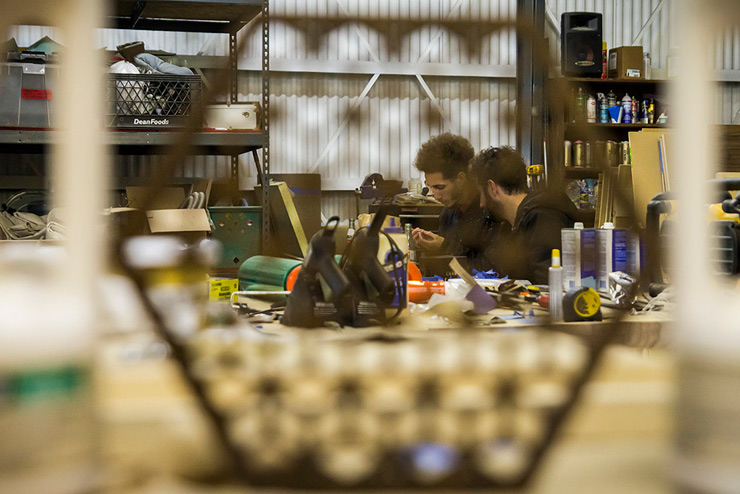 Rabī says that collaboration is one way he and other artists find clarity in the chaos that can arise during the creative process. Describing the process of coming up with new work with Davey, he says the end product is something larger than the sum of its participants, “We have different points of view on everything from design to relationships… to food.  Once we reach a point where the aesthetic marries the concept, the execution reveals a work that neither of us would have been able to create without the other.  We rejoice, then Davey tells me to grow up, and I tell him to grow down,” he laughs, “which is just one example of our differing approaches to life.”

Using the metaphor of the beehive and the flower and the resulting nectar for “Organized Chaos”, their Los Angeles show that opens this week, CYRCLE clearly relies on interconnectivity. Additionally, the image of a puzzle reappears in many of the works and we see that the implied solution to chaos may be more orderly than you originally imagined. 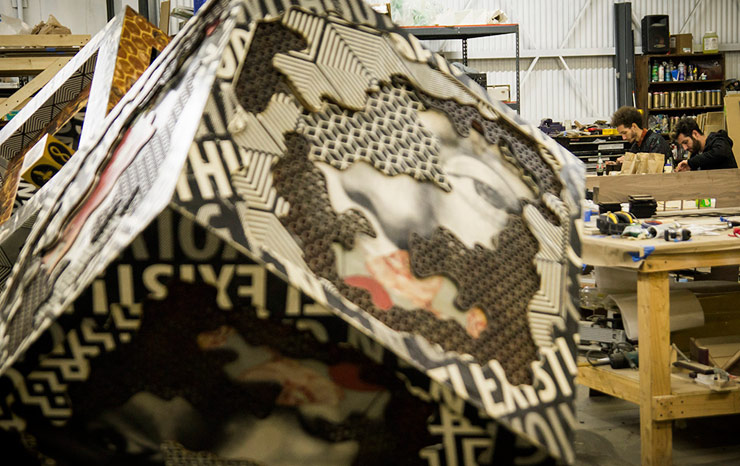 “Puzzles generally have one correct solution,” Rabī intones, “the CUBIX pieces in our show are both completed and unresolved all of the time depending on how the viewer feels. You can rearrange the pieces into millions of different solutions. There are images that come together as a whole, but the main idea is that the look of the piece is constantly changing, in the same way that life is constantly evolving. The mystery is in the process of putting it together.”

Ultimately for CYRCLE, the process may be paramount in the creative act and chaos is merely a challenge. “Once the puzzle is completed,” says Rabī, “all you want is another puzzle.” 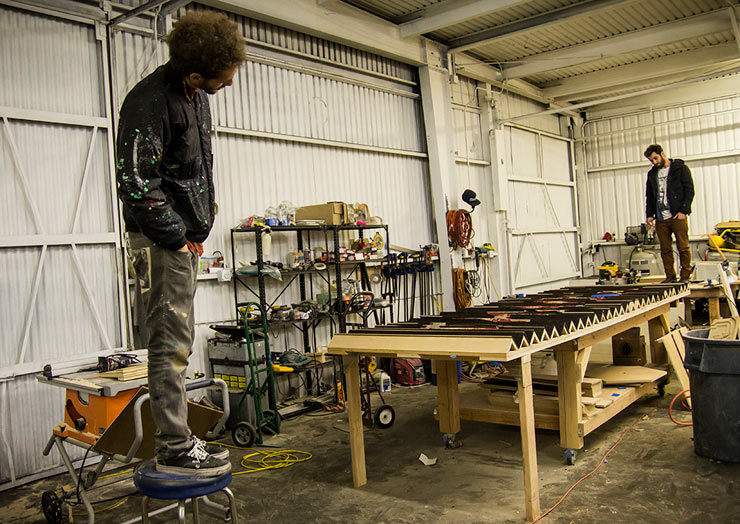 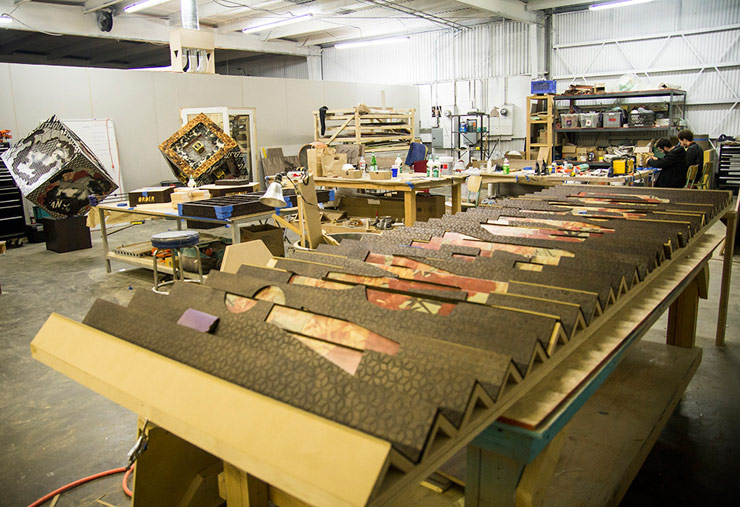 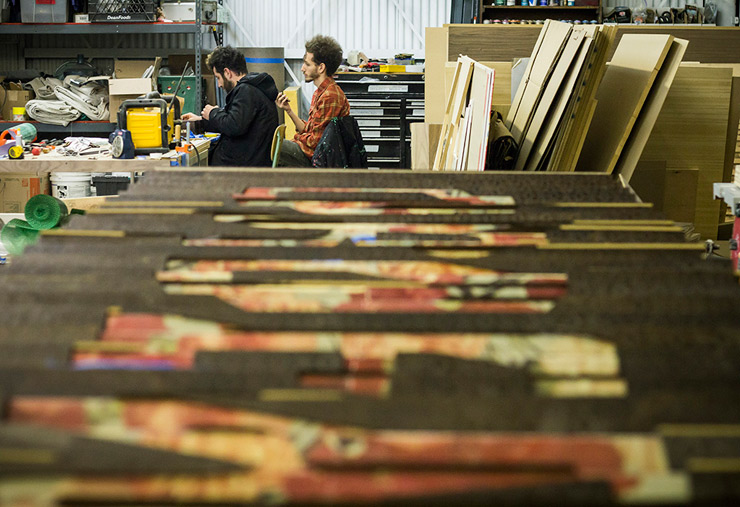 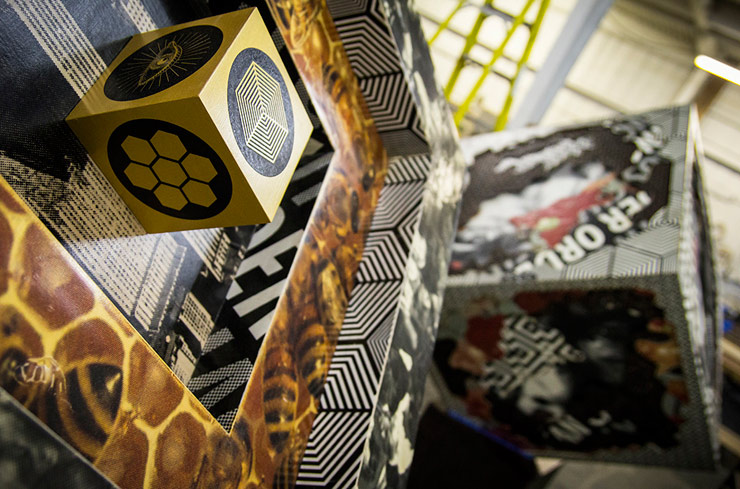 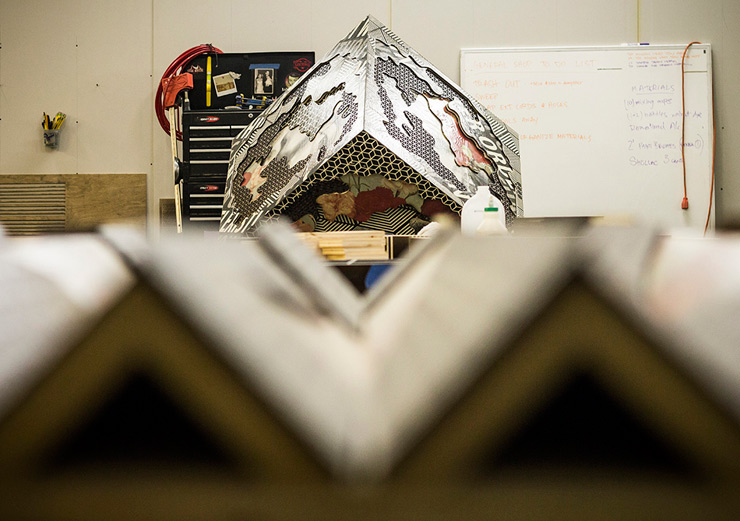 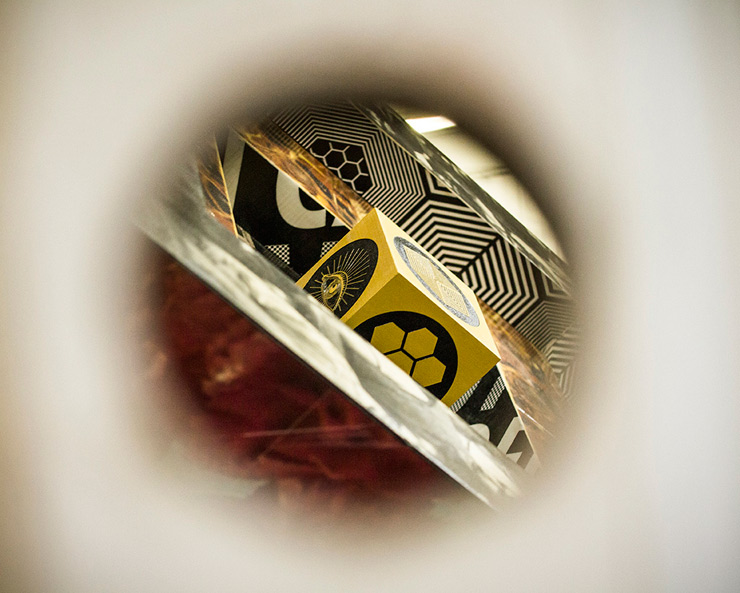 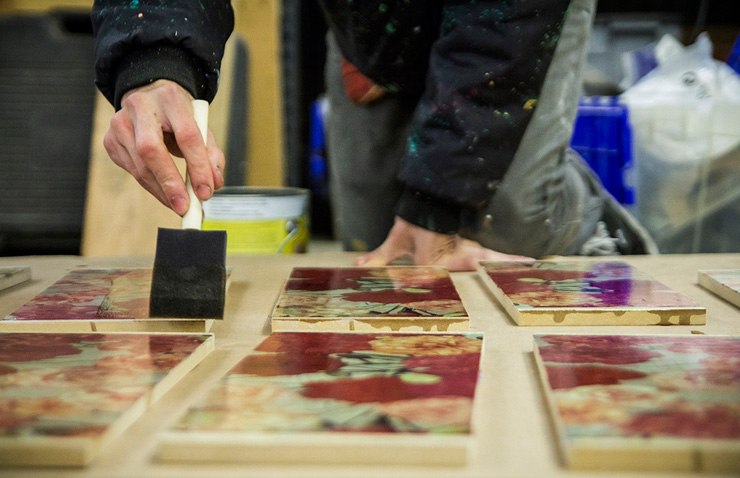 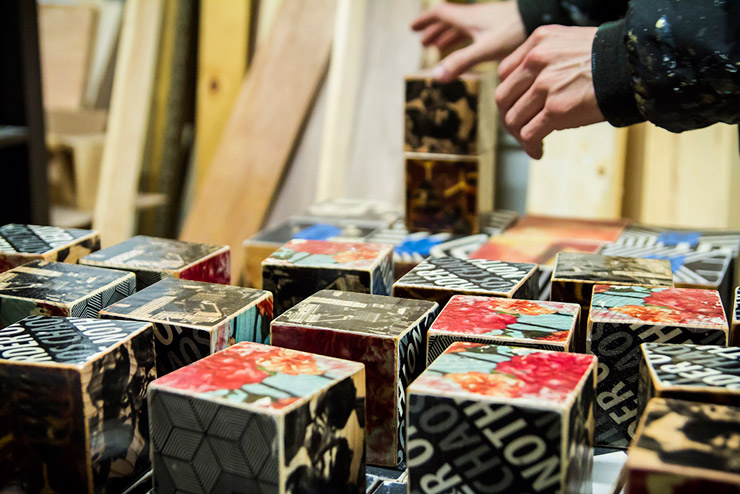 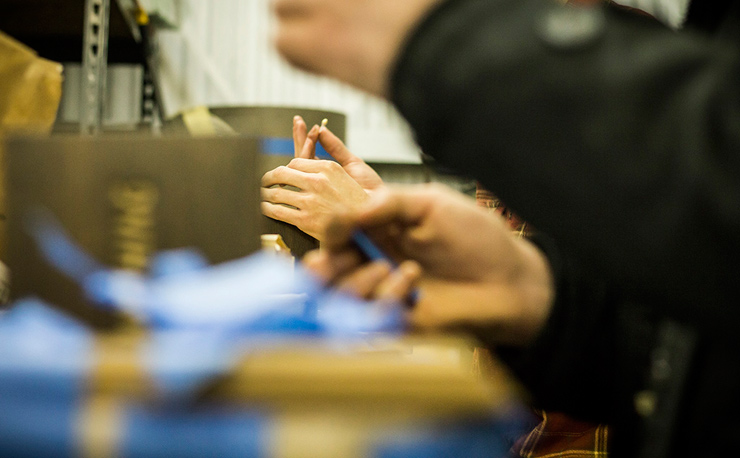 Special thanks to photographer and BSA Collaborator Carlos Gonzalez for sharing these images in exclusive to BSA. To see more of Carlos’ work click on the link below: 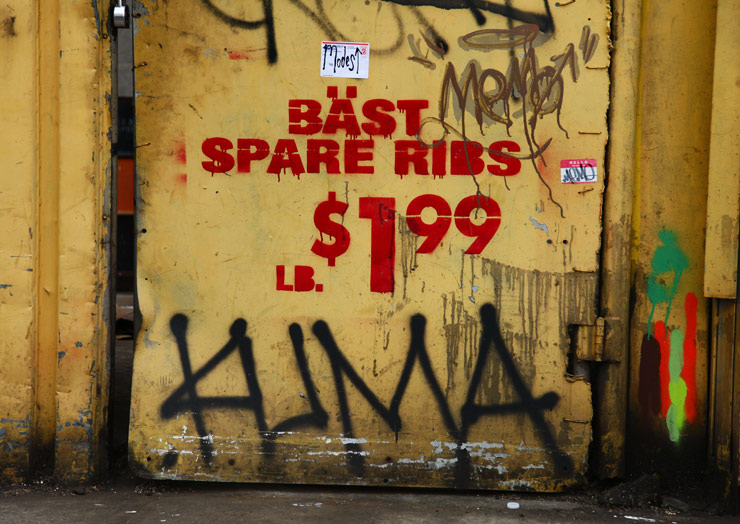 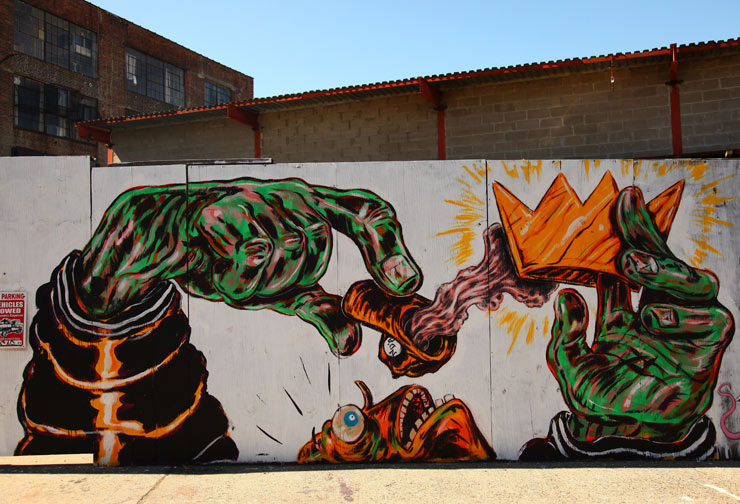 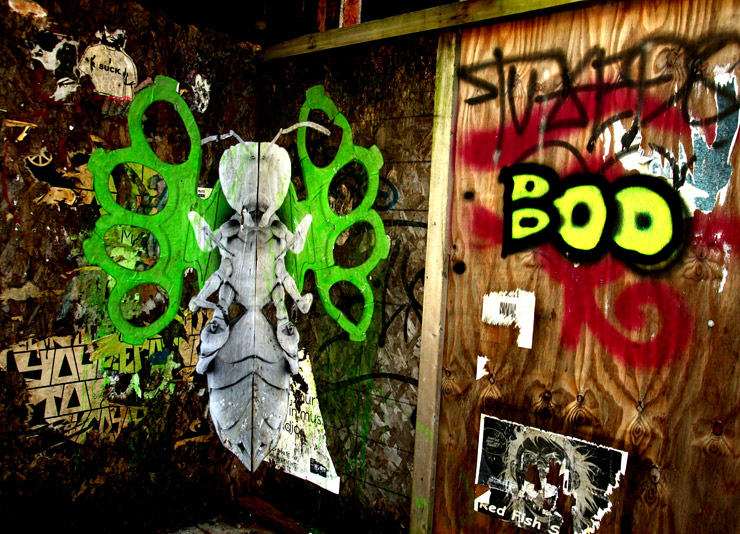 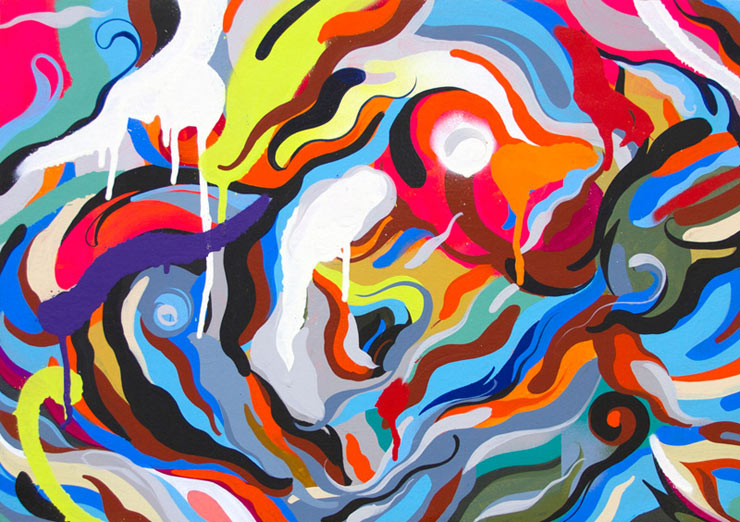 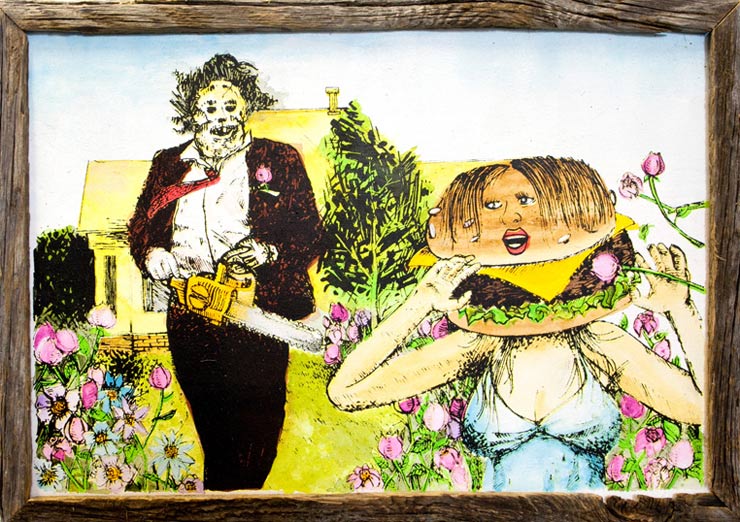 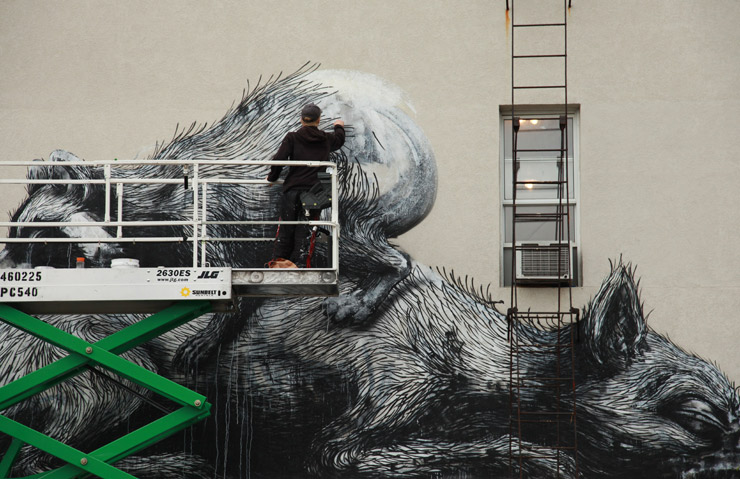 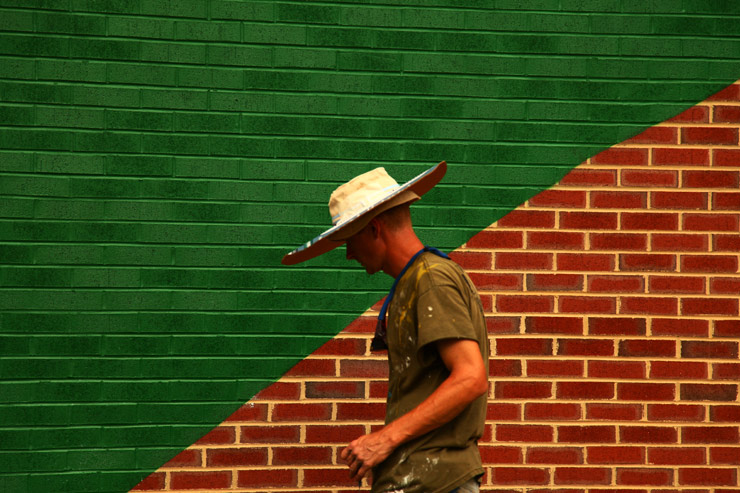 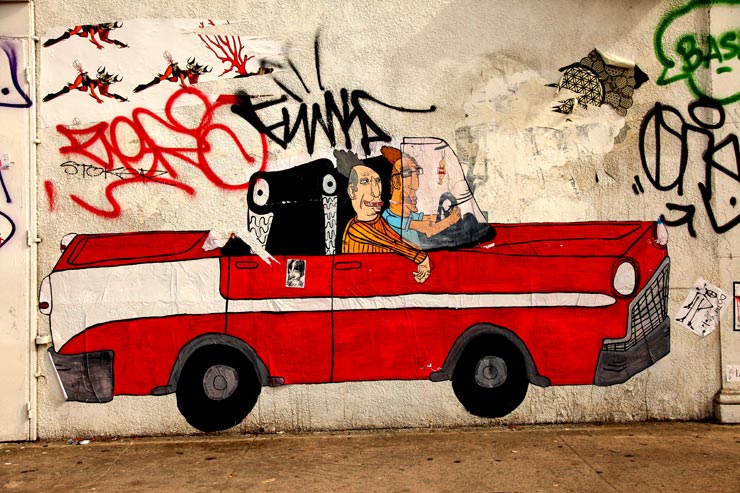