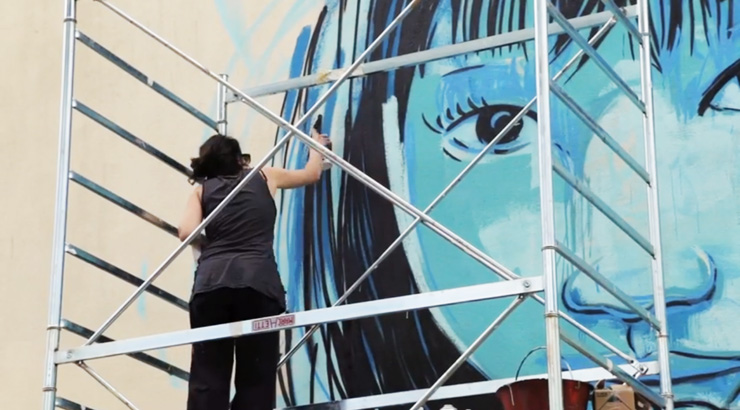 Now screening: Alice Pasquini in Italy, Rise and Fall of Street Art in Barcelona, Jaz “Cult to The Character”, and Enzo & Nio in New York.

Rise and Fall of Street Art in Barcelona: Trailer

These folks are raising funds to tell the story of how the Street Art scene in Barcelona has changed radically in the last half dozen years. The city appears to have celebrated the scene for a number of years but is now changing the tune as corporate advertisers pay for the same walls to communicate messages. Some call it a battle for public space. Others throw their hands in the air and call it gentrification.

Help the producers of the “Rise and Fall” documentary meet their goals. Click HERE to help.

Jaz “Cult to The Character” in Vienna

The newest in the series of “Wild in the Streets” by Dega Films is here. They have 5 more days to go to reach their fundraising goal on Kickstarter if you would like to support the work.