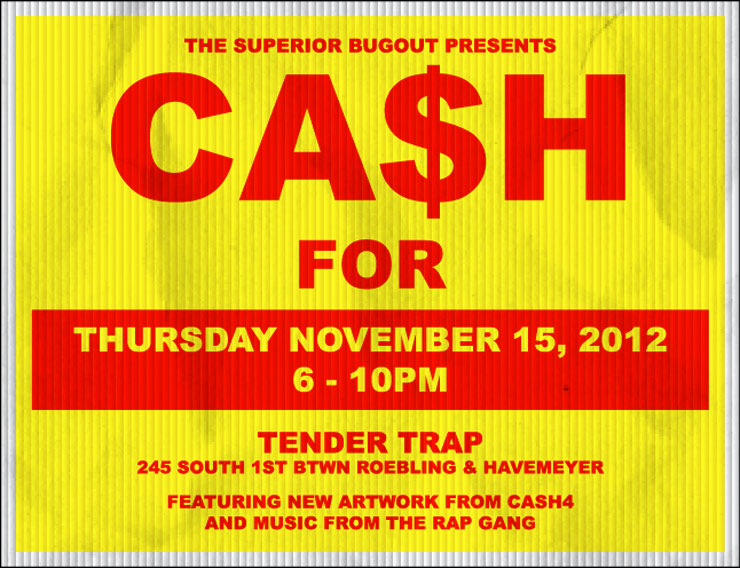 Where: TENDER TRAP (245 South 1st between Roebling and Havemeyer)

On Thursday November 15, 2012 please join The Superior Bugout as it hosts the opening night of CASH4’s new body of artwork entitled “CASH FOR…”.   Accompanying the artwork will be new sounds from the CASH4’s Brooklyn based hip-hop group THE RAP GANG.

The show will be on display at the TENDER TRAP through December 6, 2012 during hours of operation (4pm-4am).

CASH4 is a painter, illustrator, and architect  based in New York City. CASH4’s fine art documents the American urban experience using simple iconography and colloquialisms (those often based on the New York Metropolitan area). CASH4 likes to see his work as bridging the gap between the naive disenfranchised hooligan street kid and the pretentious overzealous contemporary gallery artist.

The Superior Bugout  (a Brooklyn based party aesthetic) has been curating art for TENDER TRAP since the Fall of 2012. The Superior Bugout seeks to bring a synergy of sight and sound, combining elements of the streets with contemporary sound visionaries.